NIO's 'solid-state battery' announced on the NIO day this year has led to a debate on whether this type of battery can be produced and used massively within several years. 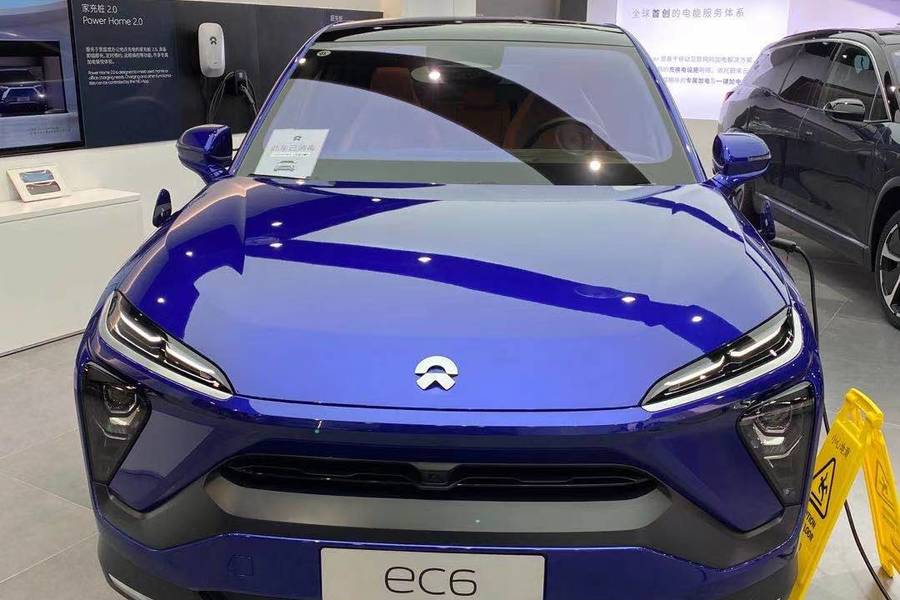 Despite the adverse impacts of COVID-19, major Chinese Electric Vehicle (EV) upstarts showed steady business performance in 2020. EqualOcean believes that these companies are becoming more and more important in the global high-end EV space, leading to the next automotive revolution. In this monthly overview, we analyze NIO (NIO), China's top EV maker, through four key dimensions: EV market penetration in China, sales and competition, key infrastructure installation and technical risks. Our analysis will rewind its critical developments and explain our bullish stance on 2021.

Check out the October and November editions of our monthly overview.

In December 2020, China's passenger car producers recorded delightful sales results, adding 3.4% MoM and 7.32% YoY. It indicated a bouncing-back market since May with a positive Year-on-Year rate for the first time in 2020.

The EV penetration rate leaped to 9.5%, a new historical peak. The rate increased by an absolute 1.4% MoM, 3.9% YoY. We attribute the MoM change to a trend that more Chinese consumers began to accept NEV. This phenomenon also drives the booming deliveries of MINI EV and Tesla's (TSLA) Model 3. Also, the YoY change is a result of last year's subsidy retreatment.

Now, we see an increasing number of new subsidy programs at the province and municipality levels. We elaborate on this below. The company's market share gains in the second half of 2020 showed systematic improvement. We earlier projected it to reach 0.4% of the entire auto market in China in 2021, delivering 104,504 vehicles. This is a 138% year-on-year growth. According to EVCIPA, the number of charging piles in China reached 807,398 in December, which was up 16.14% MoM, 56.35% YoY. The MoM change is much greater than the year-to-date average of 3.9%. Per EVCIPA, this resulted from operating companies ramping up the building and accessing grid processes at the end of 2020.

As numerous cities are launching related projects, we expect the number of charging piles countrywide to surpass 1 million in 2021. 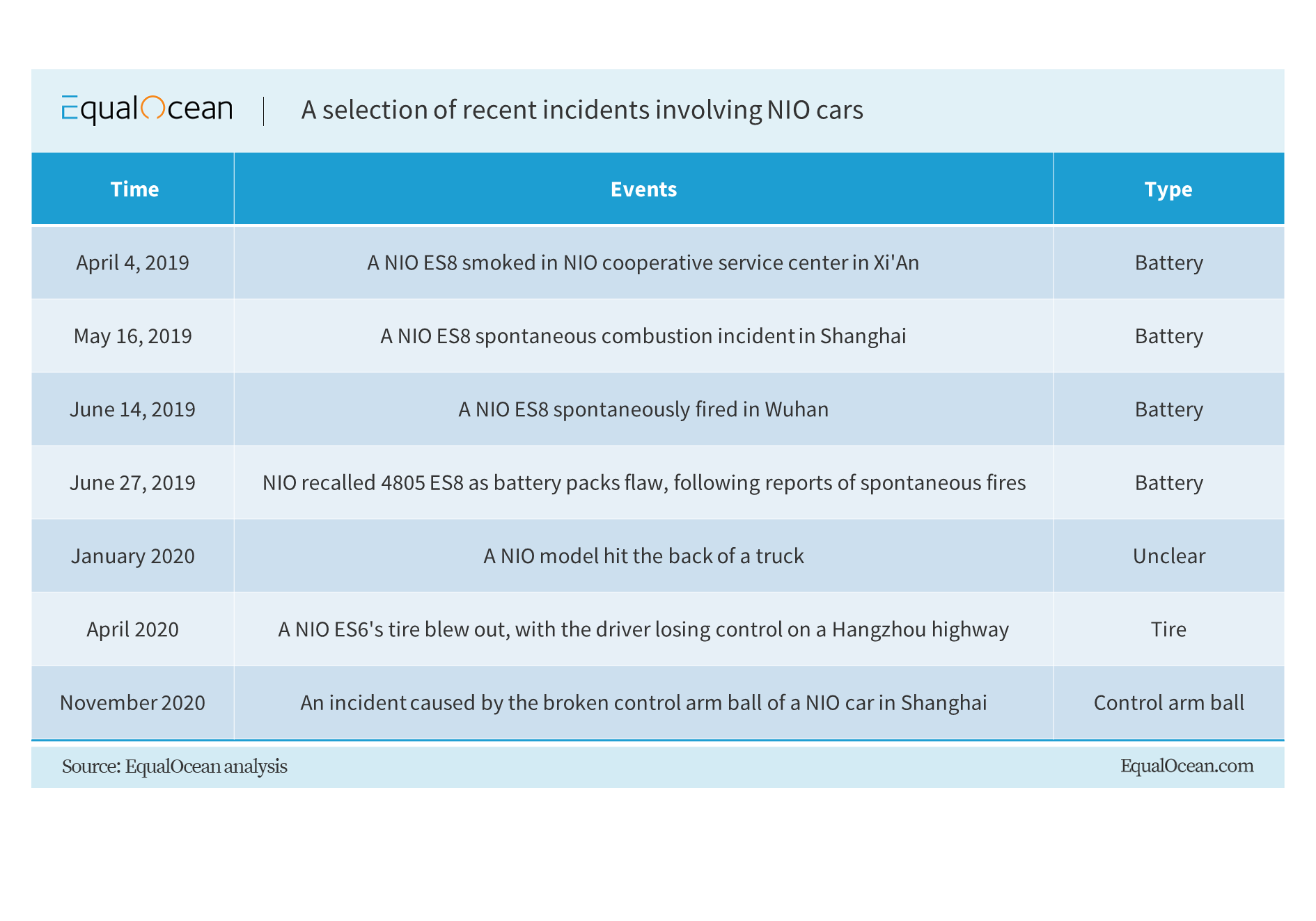 Below are three events that occurred between December 20, 2020 – January 20, 2021, and may have affected/will affect NIO's market performance. While the Hangzhou government's strategy and NIO's physical capacity boost are certain catalysts for the company, Tesla's progress in local production is a risk that can't be ignored.

In our last article, we reported that Shanghai started to execute more restricted traffic control policies. This month, the Hangzhou government released the same policy and started gathering public opinions on the issue.

Besides, the Shanghai case also provides us with an example of how EV sales changed after the beginning of the new campaign.

Significantly, Shanghai is now ranked the first among top cities in China, with its exceptional EV sales and growth rates.

The Hefei Public Resources Trading Center released the Bidding Notice (link in Chinese) on January 19. This notice is called 'General Contracting of the New Energy Vehicle Body Parts Construction Project of Anhui Jianghuai Automobile Group Co., Ltd.,' according to Zhitong Finance. The project is NIO's second plant in Jianghuai. "It [the plant] should belong to Jianghuai Motors instead of NIO, and the current capacity is no longer sufficient," the person in charge of the project confirmed. NIO declined to comment.

According to the announcement, the total construction scale of the project is about 274,800 square meters with different facilities, including the painting workshop, PDI workshop, energy center and sewage treatment station. These areas are estimated to be about 255,800 square meters; the estimated contract price of the project is about CNY 350 million with a planned construction period of 370 days.

Tesla has reportedly upgraded its online configuration tool on its Australian website to start selling a standard range Plus version of the Model 3. This version is highly similar to the new Chinese-made Model 3 standard range. In addition, the company unveiled the new model a few weeks ago. The interior of the car's doors, as well as its range, suggest that Tesla may export the Model 3 from its Shanghai Gigafactory to Australia.

NEV will show solid growth in 2021

According to CAAM, 2020 is the bottom year of China's car market within a decade. With the steady recovery of the national economy, consumer demand will accelerate to bounce back.

In 2020, the sales of new energy vehicles reached 1.367 million, which is up 10.9% year on year. The growth rate also turned from negative to positive. NEV car sales are projected to increase by 40% to annual sales of 1.8 million units in 2021.

China's auto market still has great potential to grow. According to the organization's sales forecast, the total shipments will rebound to over 26 million vehicles at a growth rate of 4% in 2021. Within the total sales, passenger cars will occupy 21.7 million, increasing by 7.5 percent year-on-year. The total sales of commercial vehicles will be 4.6 million, declining by 10 percent year on year.

The association believes the new energy automobile industry chain is gradually becoming more mature and resourceful. Since the diversified new energy car continues to meet the market demand, the infrastructure will be optimized and improved. Under these conditions, new energy vehicles will have a high acceptance rate among mass consumers. Besides, CAAM also noticed the impacted supply chain of vehicle chips is likely to influence the sector.

In all, 2021 is poised to become an economic recovery year for China (and other countries). For instance, per Reuters' poll, China's GDP will grow by 8%. An industry with a distinct business cycle, the automotive will contribute significantly to the rebound. Meanwhile, NEV will remain the niche part with the highest growth rate in the sector.

Well-positioned to benefit from the aforementioned trends, NIO is a company to win big in 2021. We remain bullish.