Future FinTech's stock price has moved 1,000% upwards in the past year. 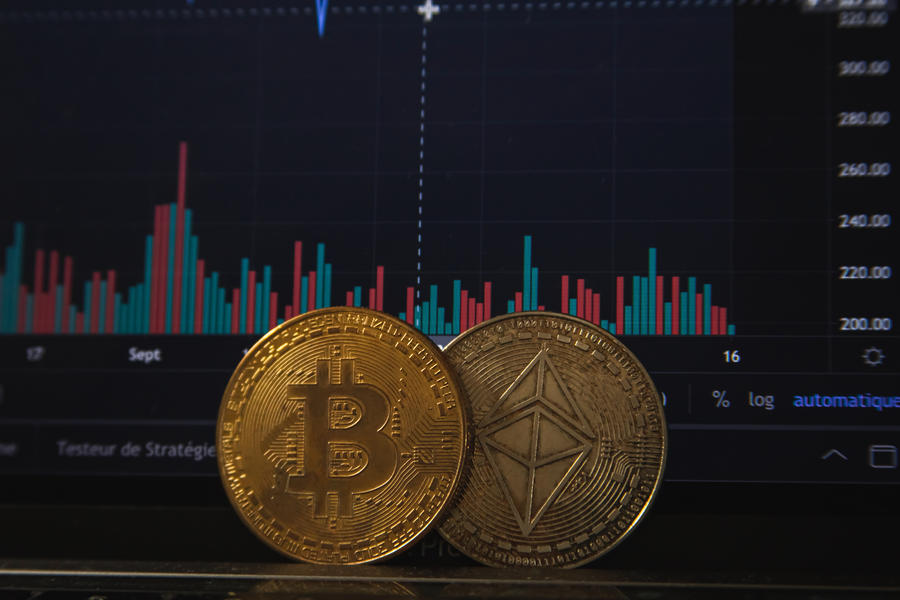 ● It shifted its business from juice production to blockchain in 2017, but achieved limited success.

● The company has been underperforming financially, with no signs of improvement.

● We suggest treating the company with great caution, especially for long-term investments.

The continuing trend of fresh highs on bitcoin prices has pushed up many blockchain-related stocks to smash one record after another. Future FinTech Group (FTFT:NASDAQ), one of the hot shares, achieved a 600% surge in two months, from USD 1.7 on January 6 to its historical high of USD 10.2 on February 17. Without a doubt, the significant growth gained lots of attention and therefore brought hundreds of times more trading volume to the company this year.

As Future FinTech announced that the China Copyright Protection Center (CCPC) had accepted its ten blockchain-related patent applications on January 7, investors seemed to start showing a strong intention to buy its stock.

Here we discuss if the FTFT is a promising (or at least trustworthy) stock.

Future FinTech was founded in 1998 and registered in Florida, initially running a fruit juice business as 'SkyPeople.' In 2017 the company dramatically shifted its focus to the blockchain industry as it started to brand itself as a high technology company. From the company's website, there are three main operating segments: a blockchain-based online shopping mall called Chain Cloud Mall (CCM), a digital payment system 'DCON,' and a cross-border e-commerce platform 'NONOGIRL.'

The company's business operations went through some stumbles during the transition.

Tracking back to 2014, Future FinTech went public on Nasdaq as a juice merchant. Unfortunately, the company's financials kept going downhill, with net income declining by over 30% every year. The stock also slumped from over USD 80 to below USD 1, with no recovery trend. What is more, Nasdaq declared that Future FinTech would be delisted from the bourse in 2016 if the situation continued.

Progressing to 2017, FTFT began to project its investment into the cryptocurrency market, describing itself as a "juice and fintech" company. However, the company's expectation failed along with increased net losses, accounting for USD 102.5 million in 2017. Compared to net losses in 2016, the company paid dividends by 20 times more, while the situation kept escalating. In 2019, the company delayed submitting its audited financial reports, which brought another alarm notice from Nasdaq, risking FTFT being uncredited for public trading again.

Benefiting from the bitcoin upsurge, has this juice producer successfully reshaped itself as a blockchain technology developer?

A penny stock in fintech clothing

The financial figures explain all. Since the transformation, FTFT has yet to make a real profit. The only positive figure that showed up in the 1Q 2020's reports was distributed from two subsidiaries’ sales – which is considered discontinued. There is even no sign indicating that the losses are being narrowed. The main business contributes very limited value. We don't see much potential in this company, since it hasn’t had noticeable technological advancements in the blockchain industry.

Furthermore, Future FinTech's operations are always funded by financial activities instead of self-generating incomes. The company has retained negative operating cash flows for years and has been running the business through loans or raised equity. 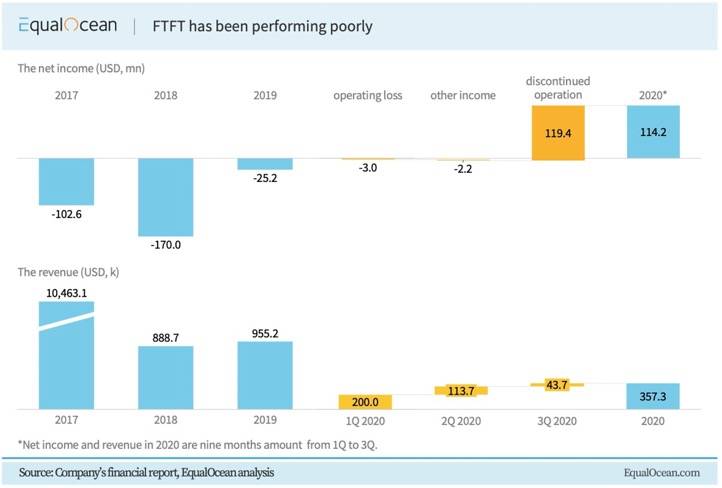 In addition to its limited profitability, let us discuss what the company's real business is.

The CCM platform issues QR codes to merchants selling products online with anti-counterfeiting and tracking functions. Through the tracing process, the platform provides points to these merchants which can be used as discounts or other benefits in the future. The CCM is blockchain-based, with its sole purpose being to help track origin, but not to protect. During the third quarter of 2020, the company only recorded revenue of USD 43,657 – hardly matching the self-description of the so-called international firm.  Up to the present, we have no information on the user base of this online shopping mall, nor the customer acquisition methods.

Speaking of the DCON, Future FinTech launched this digital payment system in 2018. However, in the past three years, the system has not provided or supported any digital currency payments or exchanges on the CCM and NONOGIRL, according to the FTFT's responses to the Nasdaq's concerns. The company even admitted that the DCON system has no meaningful revenues. Apparently, FTFT's business model does not integrate with the blockchain and cryptocurrency industry, as it positions itself.

In late January of 2021, FTFT finally allowed customers to use bitcoin as an online payment method.  On top of trending news that FTFT's ten blockchain patent applications were accepted by CCPC, the investors are showing high interest and confidence in the company’s stock.

Overall, we can't say that FTFT is 'leading' or 'has advancements' on the blockchain. Its projects are still uncertain concerning their future income.

To investors: not now

Keep a neutral attitude regarding this company's development seems to be a good idea. As we illustrated before, it is not a real blockchain company, thus can be only tenuously linked to the surging bitcoin price. FTFT should be fairly priced at around USD 1 to 2, the level before the bitcoin upsurge. The current biased valuation could be an opportunity for making short-term profits, but is not suitable to apply for a long-term investment.

Indeed FTFT has made some visible progress by actively acquiring blockchain companies globally and cooperating with higher education institutions in blockchain research. On the other hand, there are no results showing that  these efforts have brought positive profits. It is possible that FTFT will power itself in the future but its current circumstances still require investors to stay cautious.