Here we present a timeline of the recent China Concepts Stocks-related events and analyze the inner reasons of the new SEC Statement and its impact. 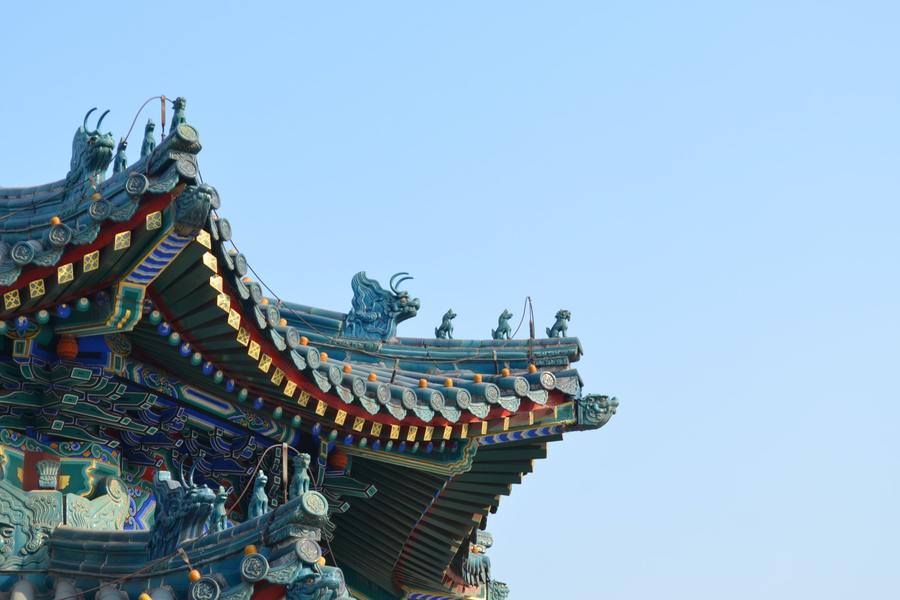 On July 30, 2021, U.S. Exchange Commission Chair Gary Gensler published a statement saying that China-based operating companies should disclose extra information, including their legal structures and the risk of the Chinese government interfering in their businesses, to be listed in US markets. In the statement, the author also made investors aware of the fact that they will only own stocks of shell companies (Variable Interest Entities, VIEs) rather than operating companies in China.

Obviously, the statement was mainly caused by the DiDi event (check here) and the new private tutoring regulations starting from July 23, 2021. According to the new private tutoring rule, all institutions offering tutoring on the school curriculum will be registered as non-profit institutions, and the Chinese Government will not grant new licenses to such companies. The Nasdaq Golden Dragon China Index (HXC: NASDAQ) saw over 15% knocked off within two trading days after the announcement. Clearly, the SEC has no choice but to step up and protect US investors from further losses related to the country's risk.

Reviewing the timeline of relevant events in the past two years may shed some light on future development. 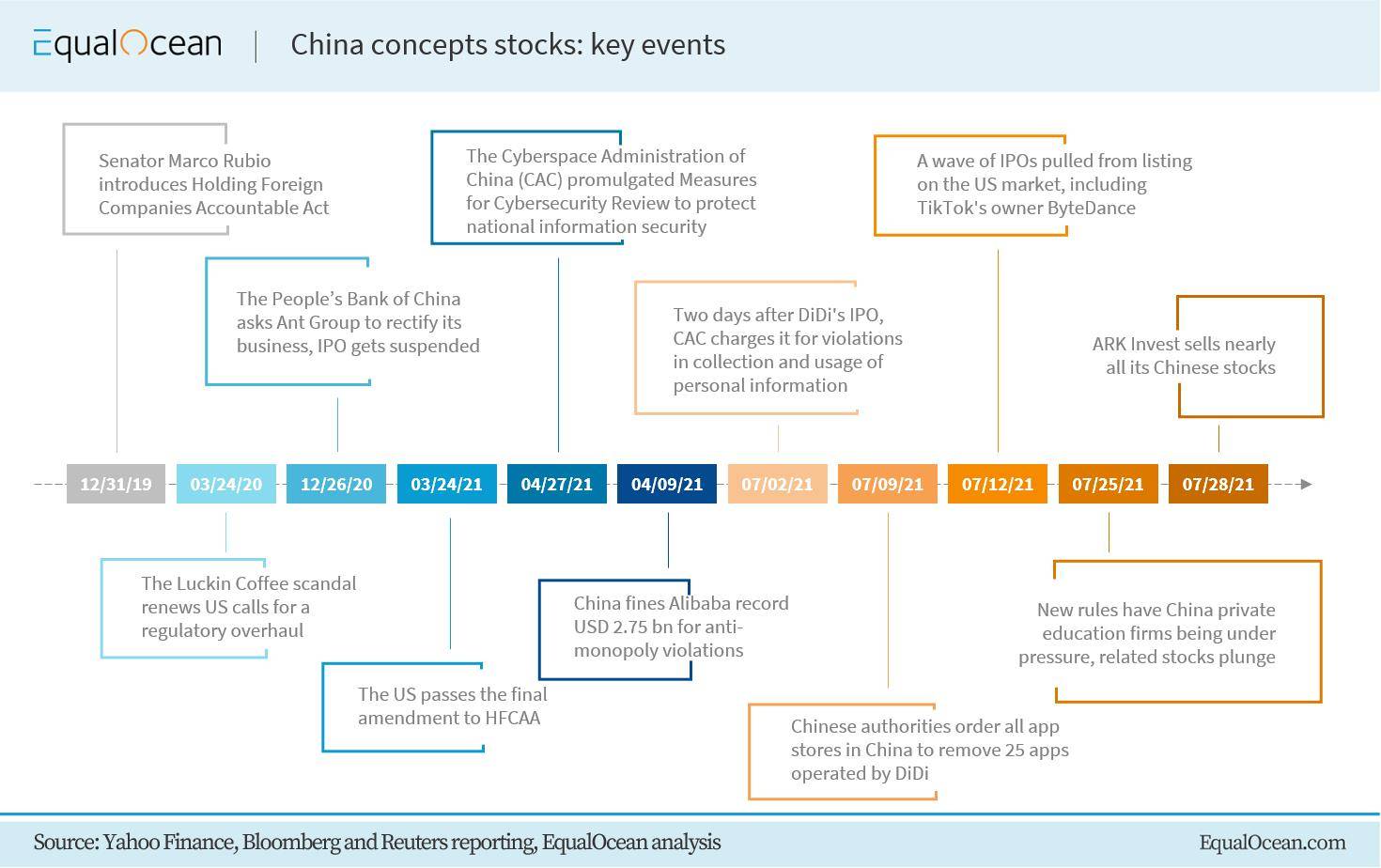 After the Luckin Coffee fraud event in April 2020, the US Congress passed the Holding Foreign Companies Accountable Act (passed the Senate on May 20, 2020, and passed the House on December 2, 2020). The act requires foreign companies to provide three-year audit working papers to the Public Company Accounting Oversight Board (PCAOB), otherwise, they may be forcibly delisted. On April 27, 2020, the Cyberspace Administration of China (CAC) promulgated Measures for Cybersecurity Review 2020, which is interpreted by some in the industry as China's measure to protect national information security. In March 2021, the United States passed the final amendment to HFCAA and added a new requirement for listed companies to disclose their relationship with the Chinese government. At the closing on March 24, 2021, more than 40 Chinese stocks fell by more than 10%: Tencent Music fell more than 27%, iQIYI fell nearly 20% and Vipshop fell more than 21%. China and the United States have built a high wall between them on investment, affecting Chinese companies and investors' confidence. However, the number of the Asian country's companies' US IPOs and the proceeds they raised reached historical highs in the first half of 2021. 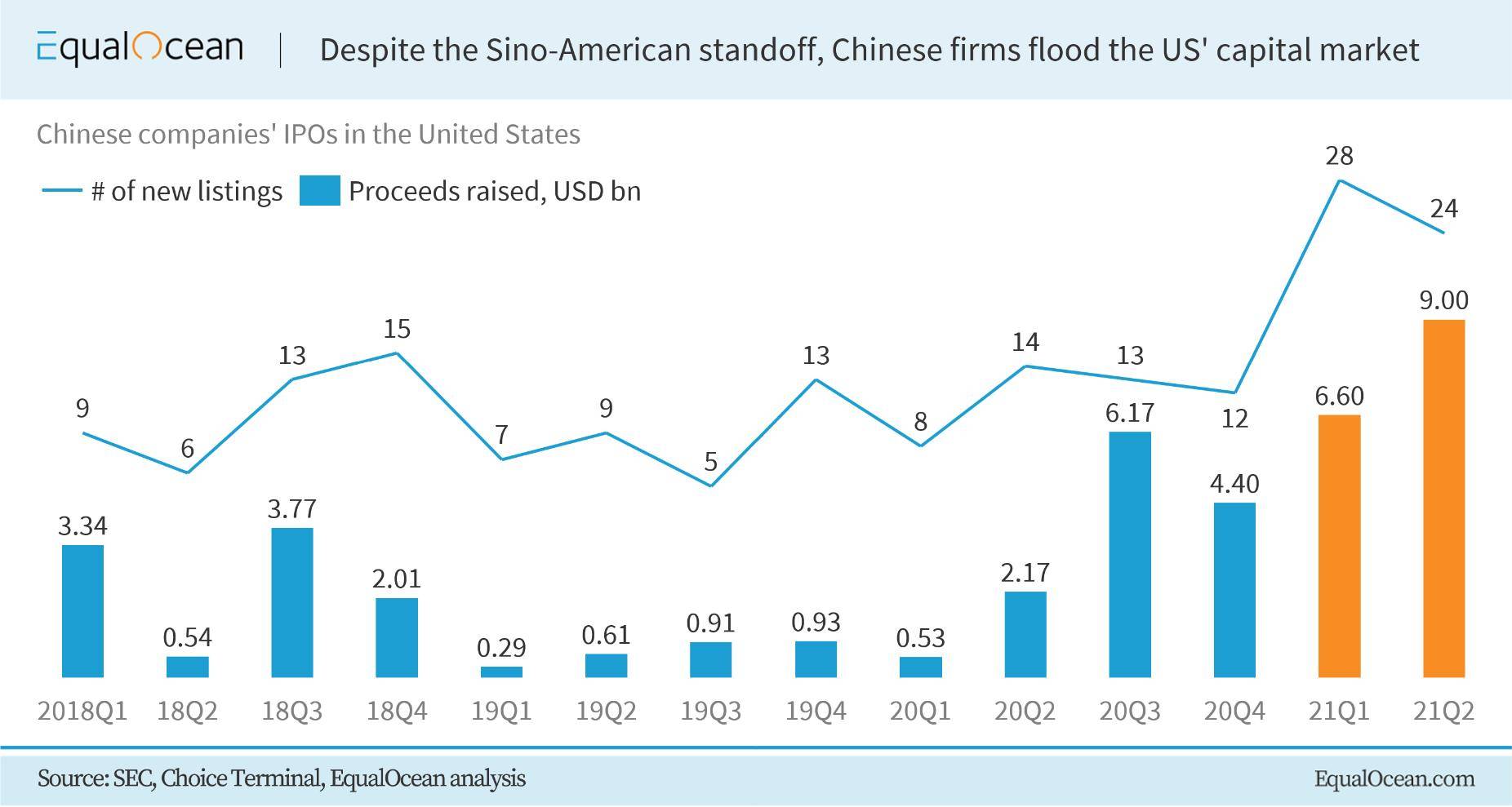 In early July, the DiDi event broke into the news, indirectly causing a China Concepts Stock (CCS) crisis. At the end of July, influenced by the new policy of private tutoring, the US and Hong Kong-listed education stocks plunged one after another. The three major domestic education giants suffered heavy losses. TAL closed down 70.76%, GOTU fell 63.26% and EDU fell 54.22% on July 23. The market panic has spread to other related fields, such as the Internet and real estate. JD, PDD, and BILI all fell more than 8%, and BEKE plunged more than 20%. Within a trading week, after the news was released, 201 of the 277 CCS suffered losses, and their total market value shrank by CNY 1.6 trillion. Then, during the meeting of the China Politburo Standing Committee on July 30, a proposal was raised to improve the supervision system of overseas listing of enterprises.

Affected by this, some Chinese companies have voluntarily canceled their IPOs in the United States. For example, LinkDoc Technology, which planned to raise USD 221 million, withdrew its application, while Hello Inc. has also announced that its US listing plan was suspended. Meanwhile, a number of large investors, such as ARK Invest, are selling off Chinese Concepts stocks.

The 'golden age' for Chinese companies being listed in the United States might already be over.

Why a U.S. IPO is a lucrative goal for some Chinese enterprises

Although there has been a lot of discussion on why Chinese companies are keen to list in the United States, it can be summarized with the following three articles. First of all, the US capital market has irrational worship of high growth, so it tends to give enterprises high market value. This is a more suitable market for start-ups, especially those with novel business models and large growth space. In contrast, on China's major bourses, the issue price is subject to the upper limit of 23 times the P/E ratio, which is unfavorable to companies in emerging industries. In terms of exit mechanisms and financing channels, the US market is also more mature.

Second, listing in the United States is also a way to improve the enterprises' reputation. Becoming a member of the world's largest stock exchange market can not only bring high goodwill to the company but also attract more high-quality management and technical talents. The establishment of an international capital operation platform will also facilitate the company's future mergers and acquisitions, financing, and other activities.

Far-reaching effects are reshaping the market for China Concepts Stocks

When analyzing the impact of these policies in the near- and mid-term, listing amount, valuation, and company quality are three aspects to discuss.

First, we believe that the number of new listings by Chinese companies in the United States will gradually decrease in the next few years. At the same time, a large number of companies with high-quality assets will return to the Hong Kong stock market or A-share market. On the one hand, the traditionally conservative mainland stock market might gradually reform the listing requirements, such as promoting the so-called 'registration-based system.' On the other hand, compared with the personal average savings rate of about 10% in the United States, China's savings rate is over 40%. Further considering China's recent real estate regulation measures, obviously, the Chinese government is trying to make Chinese citizens invest more in the country's economy rather than the real estate market, and the local exchanges are the most ideal platforms for such investments. Meanwhile, the A-share market (including the tech-heavy Star Market) and the Hong Kong Stock Exchange also welcome the return of China Concept shares.

Secondly, we believe that the valuations of CCS will remain rather low in the short term. The adjustment of related policies has raised a great deal of market concern. After a major drawdown, the valuation level of many companies has dropped to very low levels. Take Bilibili, which has been recognized as a 'Chinese Youtube,' as an example. Despite the performance of current quarters being remarkable, its stock has lost nearly half its market value since July.

However, Ray Dalio, founder of Bridgewater Associates, believes that this pessimism is short-lived. It is understandable that the Chinese Government wants to solve its 'macro' problems with somewhat 'micro' strategies, asking the likes of DiDi to deal with data privacy and systematically reducing educational inequality (although the strategy is questionable). Even if investors suffer from losses in the short term, these policies seem favorable for China's and Chinese companies' long-term development. This also shows that some institutional investors are still optimistic about CCS's long-term potential. Therefore, after a period of digestion of regulatory policies, the valuation may return to a higher level.

Third, we think fewer small and medium-sized (SMB) companies will be listed in the US. With the continued US tightening of listing policies in the Chinese and American markets and the recent poor performance of CCS, this may further aggravate the concerns of American market managers and investors about CCS. In addition to the SEC's warning on shell companies, we believe that, when investing in stocks, US investors pay more attention to the profitability and volume of a given company. After all, most investors aim to make profits rather than grow with the company. The listing cost of CCS will henceforth be much higher than before, with fewer benefits. Further, considering that China has been gradually easing the difficulty of listing on the mainland's exchanges, some SMBs will choose to be listed locally rather than in the United States.