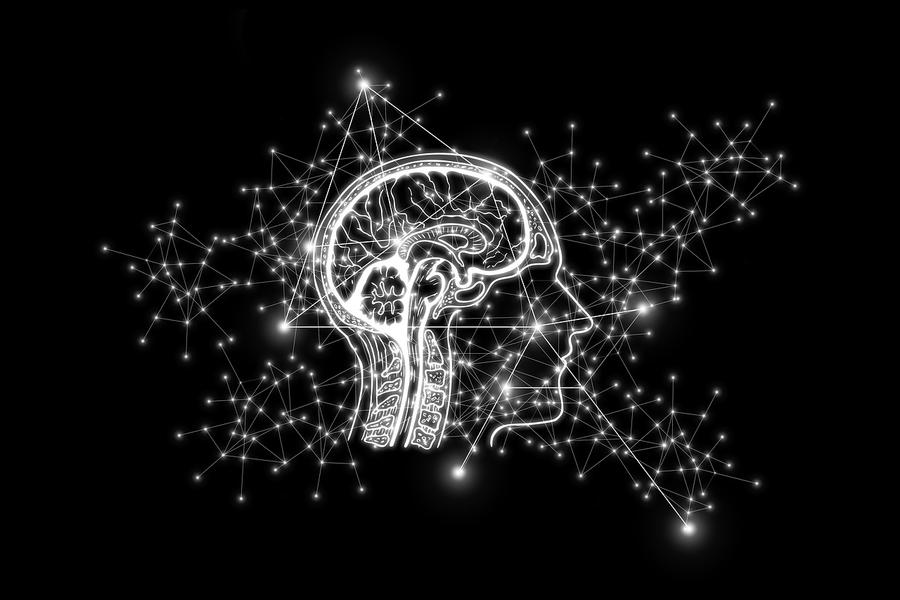 There is a view on the Chinese Internet that it took billions of years for the earth to create life, and the first computer was born only 70 years ago, which many people think the human is more efficient than natural evolution in creating intelligent items. This reveals the soaring ambition of mankind. However, human beings are not satisfied with this. They want to create intelligent life like themselves by means of technology, just like God. Under this background, artificial intelligence (AI) has been pushed to the forefront of the world.

We have to admit that AI is one of the keys to further liberating productivity in the future. China has clearly recognized this. China started developing AI-related industries later than western developed countries (especially the United States), but it has made some achievements in all sub-sectors and is occupying the market mainstream. We believe that under China's elaborately planned, the golden decade of China's AI industry is coming. 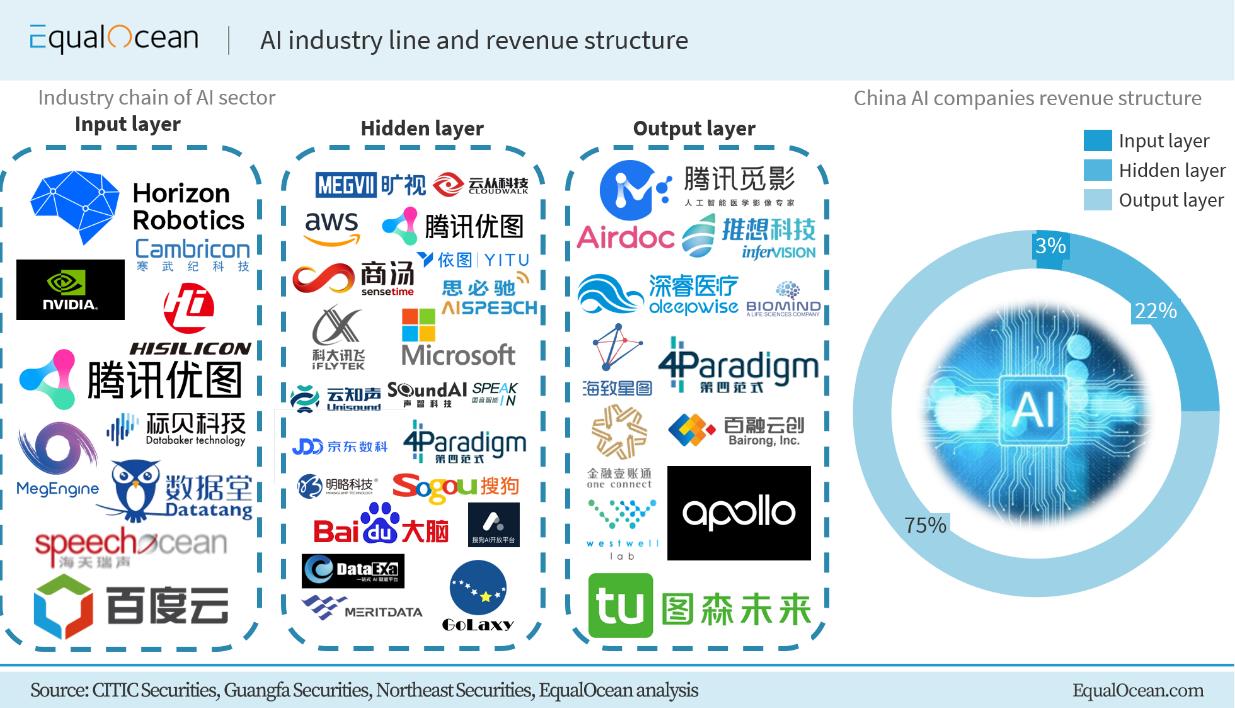 The AI industry map is mainly divided into three sub-sectors (layers): the input layer, the hidden (technology) layer, and the output layer, representing the upstream, middle and downstream of the industry. At the Governance Forum of the 2021 World AI Conference, the China Institute of Science and Technology information released the Global Innovation Index 2020 report. The report shows that China's AI innovation index ranks second among the participating countries, second only to the United States, and forms a gap among other countries. However, the development priorities of the two countries are different. American AI focuses on the input layer, while Chinese AI focuses on the output layer. 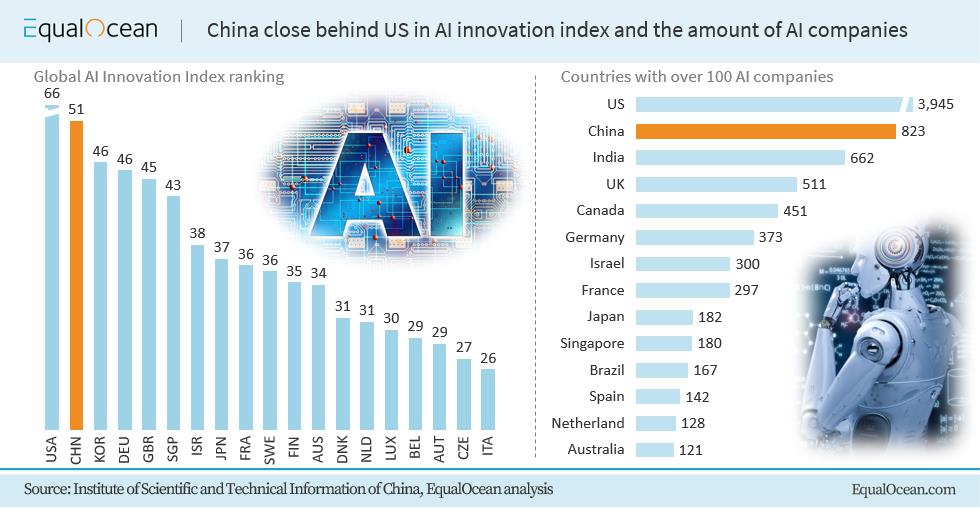 Computing power, algorithm platform, and data resources are the three elements of the input layer of AI. The input layer is a more academic sector, and the number of patents is one of the important evaluation criteria. As the birthplace of AI, the United States has a world-leading position in the input layer. Among the list of 2020 global top 10 AI patent companies, more than half of the companies originated in the United States, while only two originated in China. However, the advantage of this leading position is declining year by year, an important reason is supported by governments. From 2017 to early 2021, the State Council, the National Development and Reform Commission, the Ministry of Industry and Information Technology of China, as well as local governments have issued a bunch of policies of AI. In 2021, the market scale of China's input layer of AI exceeded CNY 50 billion, accounting for about 30% of the total profit of the AI industry chain. We predict that in the next decade, the scale of China's AI input layer market will reach CNY 257.3 billion in 2030, with a 5-year CAGR of 37%, indicating a market with huge potential.

AI hidden layer (technology layer) is a general AI technology developed based on the input layer. It is represented by cognitive and perceptual computing technology, which simulates human intelligence from two aspects of perception and cognition, and endows machine learning and inference ability. The hidden layer mainly includes professional technology (computer vision, speech recognition, NLP) and general technology (including machine learning, knowledge graphs). Compared with the United States, the development of China's AI industry relies too much on open-source code and existing mathematical models, resulting in a lack of professionalism and pertinence, which often cannot meet the actual requirements of specific tasks. Taking image recognition technology as an example, AI developed with open-source code can accurately recognize human faces, but it is difficult to meet clinical requirements in medical areas.

China's AI industry is demand-driven. The number of output AI companies in China accounts for the highest, accounting for 84.05% of all the companies in AI industry. In the output (application) layer, AI has a wide range of application scenarios, including more applications in finance, security, education, medical treatment, retail, and even robotics fields. China's AI output layer benefits from huge training data and international open-source algorithms. Chinese AI companies can more quickly apply AI technology to companies of different types and deeply explore the application scenarios of AI. During the period of rapid development of AI in China (from 2013 to 2017), the number of investments in the output layer of AI increased from 134 to 1,062, with an annual compound growth rate of 67.8%, far exceeding the number of investments in the hidden layer and the input layer.

In fact, the entrepreneurial age of AI is coming to an end, especially for the areas in first two layers. According to the statistics of EqualOcean Intelligence, Chinese AI start-ups began to develop rapidly from 2012 and peaked from 2016 to 2017. Then the enthusiasm has been cooled down. In 2020, only 57 new AI companies were established, while the number used to be 184 in 2019. AI start-ups have basically completed the accumulation of original technology, and the focus is being transferred to developing application scenarios. AI companies have gradually developed from the early technology-driven stage to the business-driven stage. In particular, AI technology based on vision, voice and text is relatively mature. In the future, the development of AI companies will rely more on the insight of the solutions to the actual needs in life.

As mentioned earlier, compared with the United States, the layout of Chinese AI companies focuses on the output layer and technology layer. By 2020, China's output layer AI companies accounted for the highest proportion (75.20%), while the hidden layer ranks second, accounting for 22.00% and input layer. In the 2020s when the technology of input layer and hidden layer has become mature, China’s AI market, a demand-driven one, will usher in a golden decade owing to the strong demand in the output layer.

Besides the differences in drivers between China and developed countries, we think China has three held-back cards that help it to do that. 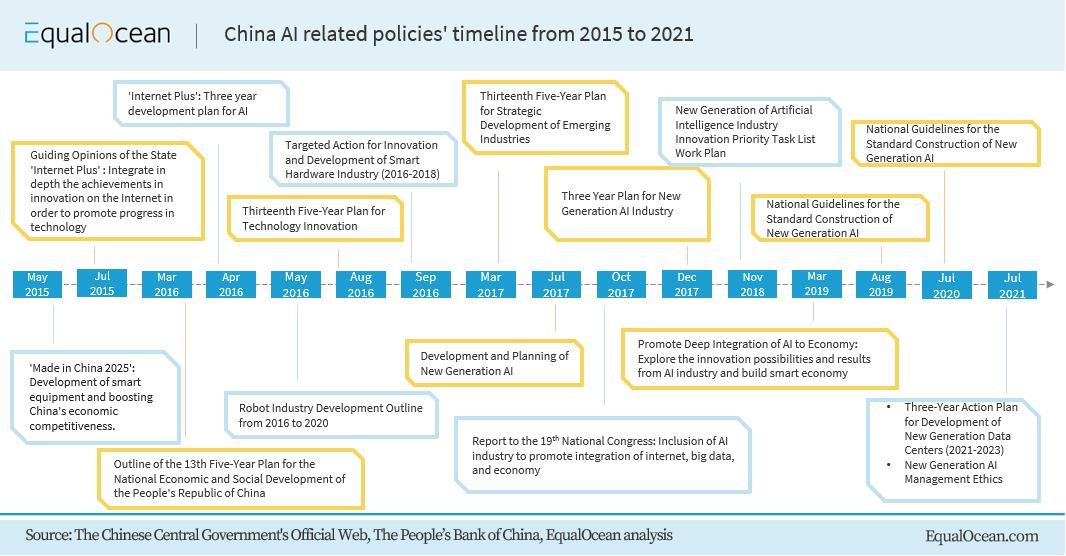 We believe that policy is an important support for China's upcoming golden age. In the layout strategy, the United States focuses on data security, research and practitioner training, and, most important employment risk, which determines the focus of its input layer and hidden layer to a certain extent, MIT CSAIL is a great example. Compared with the policy support of the United States, one advantage of the success of China's AI policy is that Chinese commercial companies, university research departments, and other institutions can directly get the guidance of government departments on the development of AI and obtain relevant technologies. In line with the new infrastructure policy, China mainly develops relevant applications, and the barriers between companies are low. Secondly, data collection and data labeling costs are lower, making it easier to create large databases, which is an essential basis for the operation of AI systems. In 2015 and 2016, the central government raised the Internet Plus concept and released the 3-year Guidance for Internet Plus AI Development, focusing on promoting the breakthrough of the key technologies of AI, and at this point, AI has officially risen to a national strategy. In 2017, the State Council issued the Development Plan for a New Generation of AI and clearly stated that the development and research of AI must be accelerated. The Ministry of Science and Technology issued the Guidance for AI innovative development pilot zones in August 2019 and planned the development and innovation of AI from four aspects: AI technology application demonstration, policy experiment, social experiment, and infrastructure construction. All these policies led to large funding and technology support to relative institutions.

At the same time, the conceptual difference between China and the western developed countries is also an important factor. Conceptual differences are reflected in two aspects: the acceptance of new technologies and the cognition of creative methods. As for the former point, Chinese consumers are generally willing to accept new technical concepts, which can be well reflected in mobile payment and 5G promotion. At the same time, China does not care as much about sensitive issues such as privacy and data security as western developed countries, partly because China started its development late and the market is relatively chaotic and scattered. In terms of innovation mode, China's innovation concept is not consistent with that of the United States. The United States generally believes that creativeness is from 0 to 1 (primary, more innovation), but China believes that innovation is from 0 to 1 or from 1 to 100 (secondary, improvement). Moreover, China pays more attention to the process from 1 to 100 rather than blindly entangled in the innovation from 0 to 1, because this process will create more employment opportunities and consumption scenarios. Tencent, the rising giant in the 2000s, is a solid supporter of this creed.

As Lu Qi, the founder of miracle plus, said, in the international environment, the transfer of economic centers to Asia is an ineluctable historical trend. The opportunities contained in ‘China + technology’ are undoubtedly the opportunities of our times. Mobile Internet has great development space in the next decade, but AI has even stronger potential. Because AI is essentially a new computing logic, which recompiles the environment-aware signal into a simple vector language to quickly solve the needs of users.

In fact, the East Asian model, that is, the government-led export-oriented economic model is more suitable for the development of AI. Because the AI industry, similar to the chip industry, is an industry that requires high investment and has a long return on investment period. At the same time, the high population base also intensifies the internal competition of Asian countries, which indirectly improves the market's requirements for production and research efficiency. The history of Japan's automobile industry and South Korea's electrical industry can prove this. Coupled with the high demand on the application end mentioned above, we believe that this will inevitably lead to a revolution in data-related industries, and the AI industry with great potential is no exception. Especially in the process of AI center transferring to Asia, the role of the fourth paradigms, the data-driven era, will be highlighted. Therefore, we firmly believe that with the blessing of three key advances and three favorable objective conditions, the golden decade of China's AI is coming.

EqualOcean operates offices in Beijing, New York and Shanghai. We welcome investors interested in the Chinese market to contact us via (contact@EqualOcean.com) or visit our offices. We believe the exchange of views will make you have a clearer prediction of the future.