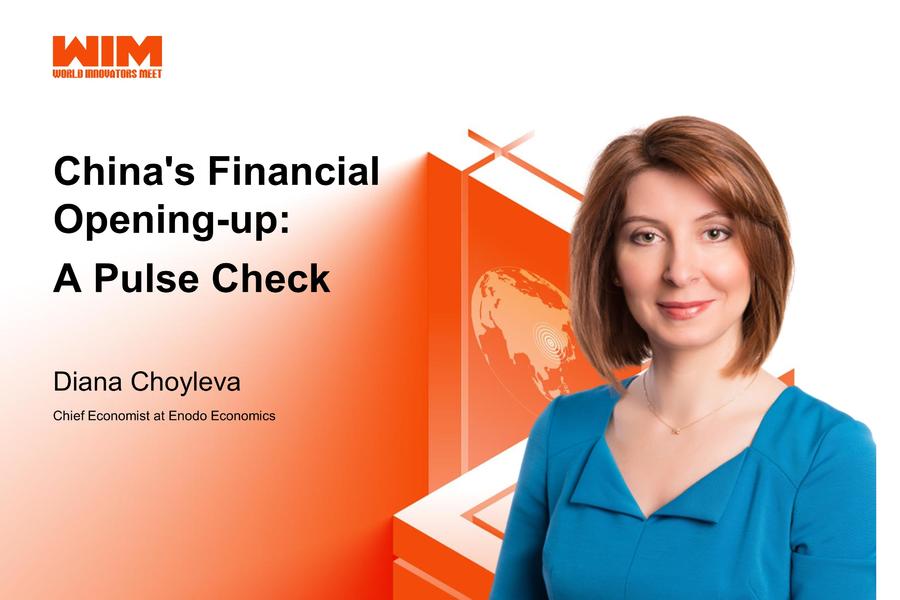 For a long period, China kept its financial markets closed for foreign investors. But this has changed dramatically in recent years. Now, China-originated businesses are more global than ever, with their impact growing across many regions and industries. Meanwhile, the country is opening up for foreign capital, to fuel its future growth and further integrate with the global ecosystem.

On December 9, 2021, at the 'Investing in China' Summit, a part of EqualOcean's World Innovators Meet (WIM2021), Diana Choyleva provided her take on what has caused China's latest financial market reform push and elaborated on the country's high-level strategy in the USD-led global financial order.

Diana Choyleva is a leading expert on China's economy and politics. She is Chief Economist at Enodo Economics, an independent macroeconomic/political research, forecasting and training company. Diana is passionate about helping people around the world improve their understanding of China. Providing institutional research services, she has developed a suite of online training courses that teach how China's economy, political system and financial markets work and how they impact the world.

"In the last 40 years of opening-up, China has industrialized at a breakneck speed; however, it chose to keep its financial sector largely sheltered," said Ms. Choyleva. She added that the authorities, while focusing on the catch-up growth, were constantly worried about the global competitiveness of the local financial infrastructure and key players in the space. That was preventing multi-level cross-border financial integration and kept foreign capital away from the mainland. 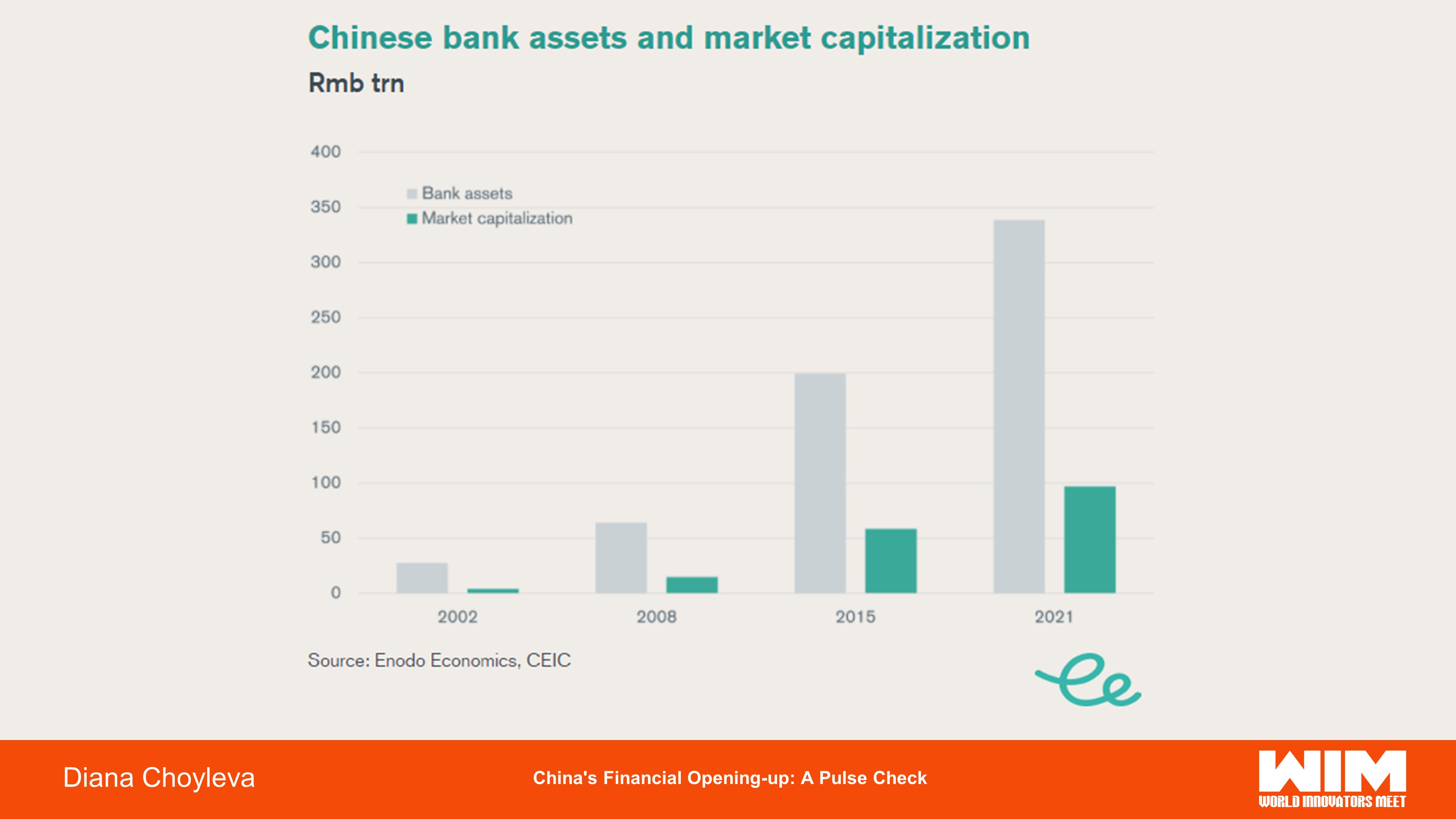 The situation is different these days. China's technological development, among other drivers, now allows it to pay more attention to the long-neglected field of finance. Moreover, reforms appear to be necessary for solving major internal problems, such as sky-high domestic savings. 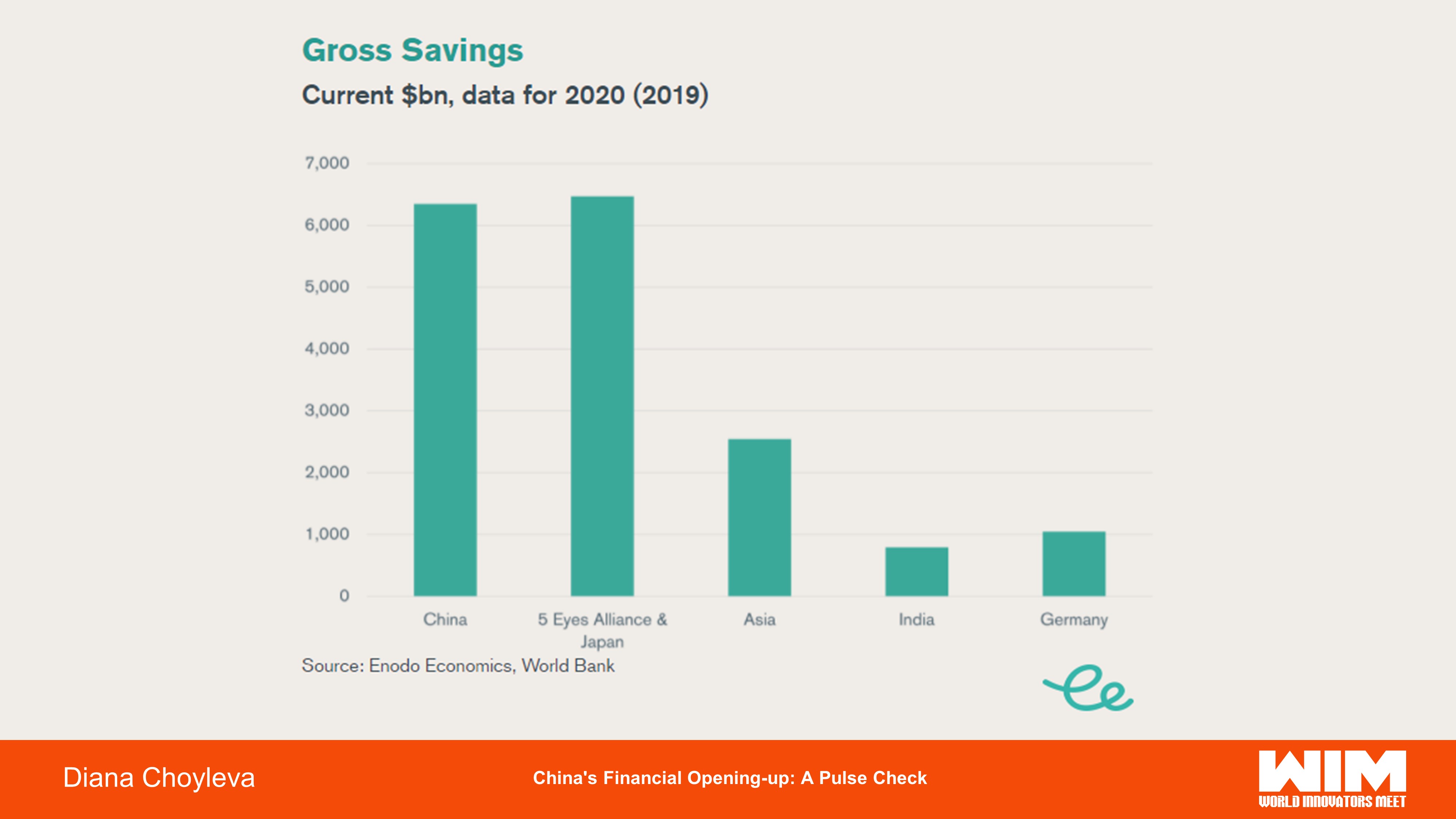 "During the previous period, China was outsourcing its initial public offerings (IPOs) abroad, listing the biggest successful companies on foreign exchanges, to which [most of] Chinese households have no access," said Ms. Choyleva. That may have somewhat exacerbated the mainland's existing investment disbalance. 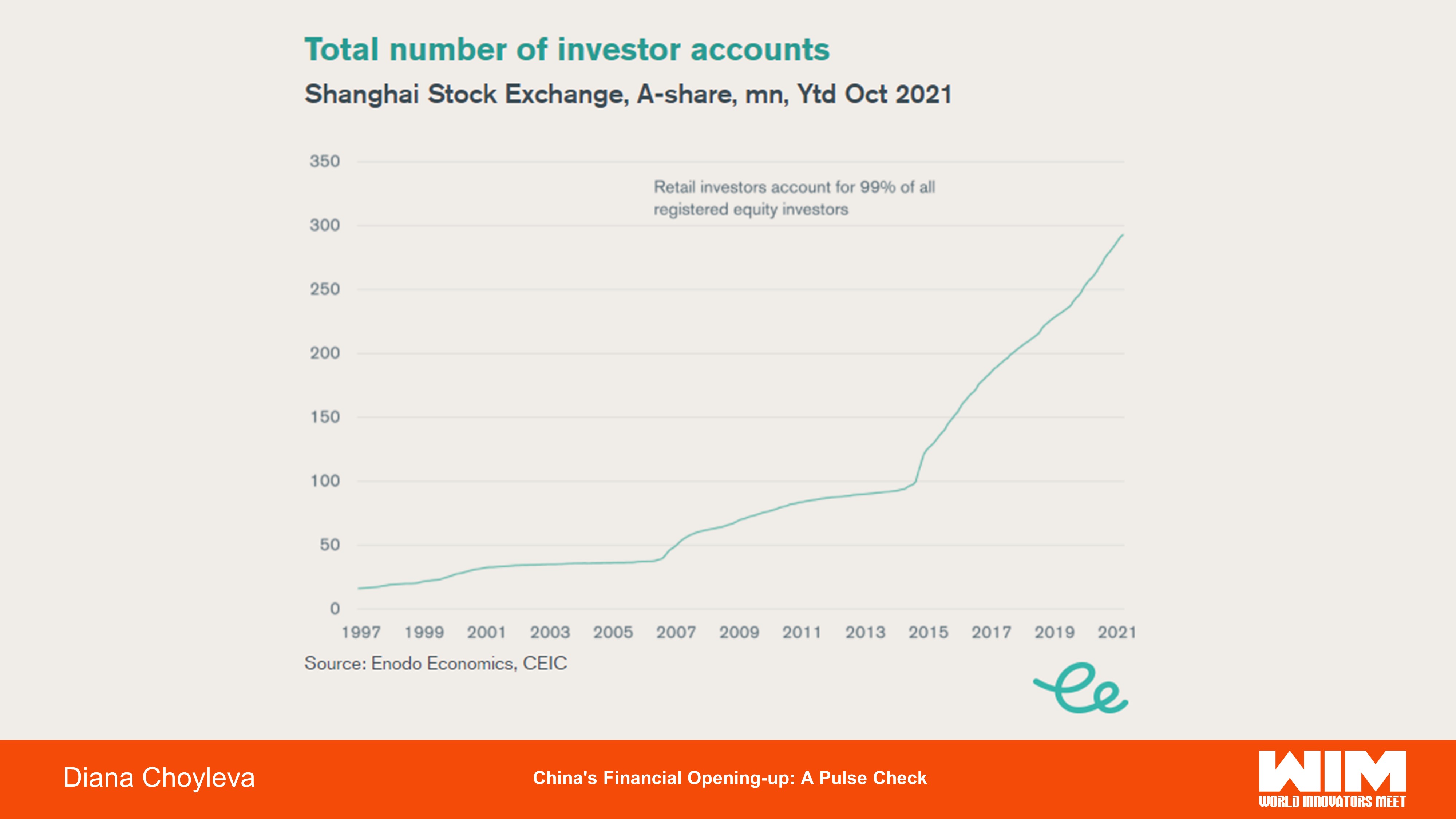 "The majority of the household wealth in China is in housing [...], and the country's equity market is treated more like a casino: there is a very short-termist attitude towards investing in Chinese equities domestically, and the market is dominated by retail investors."

Triggers: the 'common prosperity' and the looming debt crisis

"The time has come to develop China's capital markets, both in terms of bringing more of the IPOs home, so Chinese households could invest to put their wealth – to preserve in the long term and increase it – into those companies, and shifting the way from real estate as the main store of wealth for Chinese households.

There is another reason. China has used its banks as an ATM. [...] The banking sector has been the bulk of China's financial system up until now. But for a variety of reasons, bank assets have been directed to unsuccessful projects, and China has built a substantial amount of bad loans that need to be worked through. Foreign finance may help China clean up its bad debt mess in the financial sector."

"If we were not looking at those difficult adjustments [to happen] over the next few years, I would be saying that the structural transformation that China's capital markets are going to experience finally suggests that now is the time to invest in the country's equities. [...] Unfortunately, the situation is not as simple as that."

According to Ms. Choyleva, there are two buckets of factors that complicate this transition: One includes all the implications of the massive deleveraging process that China is undergoing at the moment; the second is the prolonged geopolitical standoff between China and the United States.

For Diana Choyleva's slides and presentation recording, please subscribe to our weekly newsletter: we will be sending them out in the following weeks.

CONTACT US
Scan QR code to contact us for professional consulting services
Next article
Alibaba and JD.com's Healthcare Units Prepare for Next Battle in Critical Industry