With success in the EV industry and decline in real estate, the middle income trap, along with demographic challenges ahead, China is building a future-focused nation that balances self-sufficiency with global integration. Foreign investors will be lining up to get in on the next stage of China's miracle rise to global prominence. 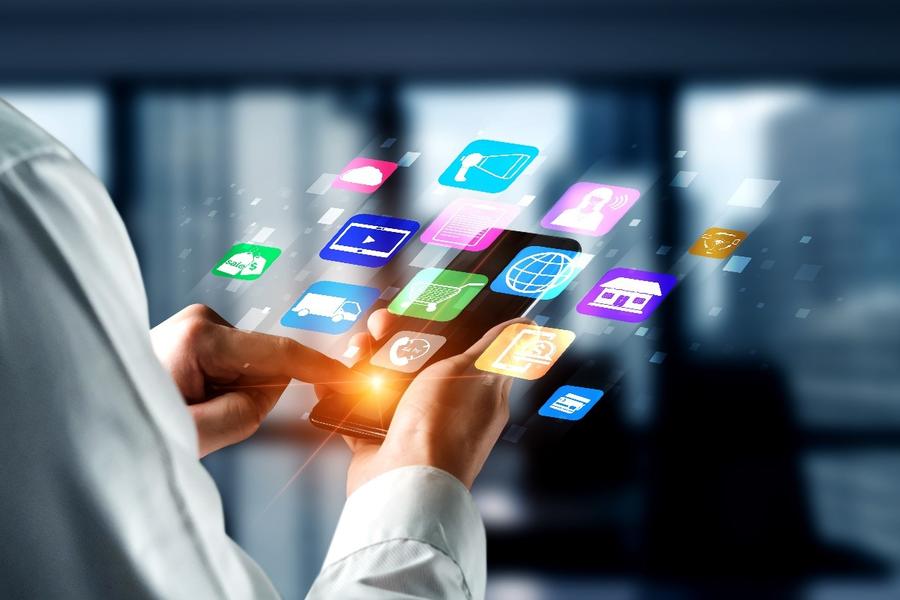 The Internet of Things describes networking objects that are connected to the internet and to other objects, devices and systems, such that they can exchange data and information harmoniously and efficiently. This can be applicable to smart homes, business networks, manufacturing systems, and other types of industrial tools. Many companies involved with IoT provide hybrid services and products. IoT can incorporate various hardwares, Cloud tech and computing, AI, 5G/6G networks, and other technologies.

IoT companies will revolutionize the physical world by evolving the dynamic of the technology with the rest of the digital world. Much of the 21st century world is already operating in cyberspace. China has a fresh and ripe technological ecosystem in place resulting from their unique position entering the century. Abundant human capital, growth, and a clean slate for infrastructure and space on the mainland has incubated the perfect climate for China’s national development utilizing modern technology. While developed nations like the US saw most infrastructure rise in the 20th century or Europe post WWII, China’s timely emergence allowed a start-from-scratch approach that raised fully modern megacities like Shanghai from the ground up. Projects like the integration of living centers in the Pearl River Delta will be a worldly display of China’s IoT leadership. It’s easier to maintain and update China’s new cities than fully revamping and retrofitting old urban centers in the US or Europe.

Political consensus and state support is China’s big strength and a common benefit for growth sector developments like IoT, 5G, electric cars and such. The nation's commitment to IoT is emphasized in the Five Year plan and Made in China 2025 initiative. These planned economic initiatives borrow elements from Germany’s Industrie 4.0 which utilizes personalised products, resource-efficient logistics, new services and more flexible working environments. China is following this example in their own way. “Zhuan Jing Te Xin” describes small/mid-sized Chinese companies that don’t fit the structure of giants like Huawei, Alibaba and China Telecom. They are modeled after German “hidden champions” called the Mittelstand who cater directly to niche markets like Heidenhain. They manufacture numerical controls for machine tools, as well as mechatronic measuring devices. This is a more highly specialized company that has mastered its craft and is financially successful because of it. China’s leadership intends to spawn more of these Mittelstand companies of their own, especially in growth sectors like IoT. China Telecom believes that manufacturing, public services and resource industries are expected to account for over 60 percent of the IoT’s GDP impact by 2030. This is an insight that investors should be aware of when scouting firms in China. Tomorrow’s money makers won't look like todays particularly for IoT development. A customized national approach to electrification while borrowing effective elements from well developed nations will be a boon for China.

Proactive governance allows China to borrow elements from other Asian tigers, Germany, and their own economic history. A dynamic hybrid approach to development has China well positioned for healthy foriegn investment. The seeds for electrification are present all throughout the supply chain. IoT incorporates many different facets of an economy. While leading the way in 5G infrastructure and building off highly modernized urban centers, China can optimize supply chains and super charge the economy with IoT systems. In other words, as stated in the US-China Economic and Security Review Commission report “China has laid a solid groundwork for a comprehensive roll-out of fifth-generation wireless technology (5G), which will make the IoT faster and more effective, relying on a whole-of-country approach that has created an entire ecosystem for domestically manufactured 5G technologies and furthered their inclusion in international technical standards.” Billions of dollars worth of grants and loans have backed hundreds of smart city projects all across China. For example, Beijing TransWiseway and IBM have partnered to design an IoT platform connecting millions of vehicles in China adding billions of dollars in productivity. By one estimate from MERICS, China accounted for three quarters of cellular IoT connections worldwide at the end of 2020. The US network technology leader Cisco also projects that by 2023 China will lead globally in 5G connections. The pre-existing technology combined with streamlined state led planning and promoting innovative business models should make China the premier exemplary model for national IoT construction.

Diverse demand implies diverse opportunity for investors. The first place prize in the global race for national IoT dominance is the multiplied benefits of optimizing your economy. Having smarter healthcare systems means more a healthy labor force for a healthier consumer populace. China’s demographic evolution towards an older population will necessitate a more equitable and efficient healthcare system. Healthier laborers paired with smarter manufacturing capital and logistics chains means money saved, risks mitigated, and better cheaper products and services. Though IoT’s benefits aren’t limited to China, those benefits are better suited for China’s unique position in the world in this era.

Investors can win out by compressing this macroeconomic success down to its smaller parts, these being new Zhuan Jing Te Xin companies and established players like Xiaomi. Xiaomi generated over 30 percent of its revenue from the IoT and lifestyle product sector in 2019 and says that over half its revenue now comes from markets outside China. Chinese companies can both upgrade China as well as export to nations playing catch up. Demand is not only diverse but abundant. China’s own manufacturing output as a share of its economy has declined in recent years, slipping to just over a quarter of GDP in 2020, and Miao Wei warned that this has been occurring “too early and too quickly.” IoT systems and technology should be a major boost to the slowing sector in China. A report from Hill Knowlton explained that the current Five Year Plan will continue the policy of “granting an extra tax deduction of 75% on enterprises’ R&D costs” and “raise this to 100% for manufacturing enterprises.” Extensive subsidization to upgrade manufacturing in the country should contribute to reducing gross costs of production and compete better globally. By 2025, the Five Year Plan says that the digital economy should be in “full expansion mode,” with the value added to the industrial sector accounting for 10% of GDP. This should also substitute for any additional loss of GDP from manufacturing decline. Like with electric cars, China operates production throughout the supply chain of electrification whether it be precious metals, batteries, big data, fin tech, etc. All of this structural demand chasing the rapidly growing supply can be supplementally boosted by smart foreign investors who can identify the potential in China’s growth sector. The cherry on top is that the enhancements from IoT in logistics and supply chain networks can create an extra multiplier for the economy in energy efficiency and reduction of pollution. A safer environment for China makes people healthier and puts less pressure on the improving healthcare systems.

A better China is a better world

Overall, from an investor's perspective, China has the opportunity, resources, scale, state support, and demand to succeed in the IoT sector. It’s rapid pace of development, problem solving, and skilled labor force combine to give China an incubator to foster the next stages of industrial revolution. US digital technology leader Qualcomm estimates that the global economic output of industrial 5G IoT technologies will be worth a trillion USD by 2035. Investors who get on board early and ride out the volatility in starting up these networks will profit from the expanding integration of internet networks and global data. With risks of political instability and steep competition from the US, Europe, and other Asian competitors, there can be bumps in the road. There is no loser in this race. China doesn’t seem overleveraged or out of air on these long term goals. Betting on the growth of a stabilizing near developed nation is not only safe but smart. Attention should be paid to the coming era of Chinese 'hidden champions' while current industry giants will also help contribute to this new common prosperity. Many sub-sectors will be bigger winners than others like perhaps the already famous EV industry which will surely be incorporated into complex IoT networks. All the ingredients are there and investors have a diverse and rich selection to choose from.