Regulation Discussion of Metaverse: A Grey Zone in Legal System

When discussing the regulation of the metaverse field, we believe a solid social supervision system, material standards from the tech-giant side and perfect relevant laws are the troikas of metaverse regulation 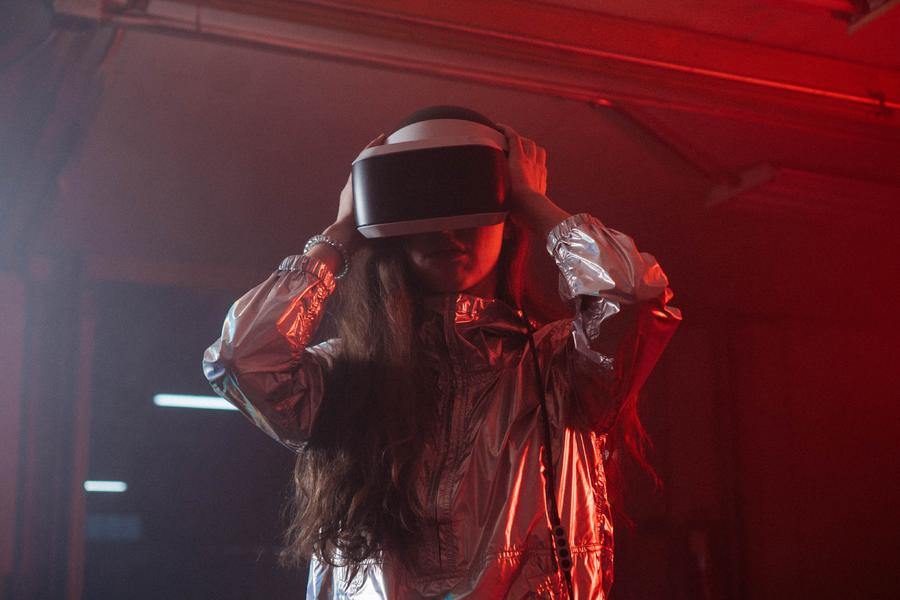 Beijing Yuanlong Yato Culture Dissemination (002878:SH), one of the authorized manufacturers of Beijing Winter Olympics Mascot Bing Dwen Dwen, has previously said that metaverse is a significant development direction of the company in the future, which appears to have boosted the concept of metaverse once again.

However, despite the enormous traffic value for the topic, the regulation metaverse also attracted the world's attention: according to the current product form and business model from this innovative field, what kinds of supervision should exist?

When discussing the regulation of a new field or a new technology, it is always essential to identify its main risks. Privacy and digital security are prominent issues of the metaverse. Especially in the current time, the metaverse is in a sub-health state.

Just as R. M. Williams said, Trust is the easiest thing in the world to lose and the hardest thing in the world to get back. As we all know, Facebook, the initiator of this trend, was once one of the most untrusted social media apps in terms of privacy. a third of Facebook (or Meta) users in the United States have negative views According to a survey conducted by The Washington Post in 2021, 72% of Facebook (or Meta) users in the United States have negative views (trust not much/at all) about protecting users' privacy and data. Most of the technologies that people use every day are supported and funded by advertising providers, allowing people to interact on social media platforms, play free mobile games and access global news. Therefore, private user data is also needed to show users the product advertisements they are interested in. However, there are interest conflicts between users and advertisers in terms of privacy: users want absolute privacy, while advertisement providers need users' information for effective marketing. Facts show that the needs of advertisers often exceed the needs of users. This, we think, will be more serious in the metaverse. In other words, whoever pays for the operation and maintenance of metaverse will dominate the space with high probability in such an industry ecology.

"Five years from now, when Apple launches their augmented reality glasses, and people are walking down the street, Apple will have the ability to know where you are, what you're looking at, which stores you slow down and look at, and they'll be able to advertise to you. Unless it's regulated, they will be able to advertise to you in the metaverse in much more insidious ways than they can do right now…at that time, it's too easy for users to be manipulated."

According to the metaverse white paper leased by Tsinghua University, the metaverse industry in the initial stage of development faces ten risks, four at least of which are related to digital security (value manipulation, ethical issues, economic troubles and intellectual property rights). As a virtual space, metaverse needs to carry out fine-grained mining and real-time synchronization of users' identity, physiology, behaviours, social relations and even emotional states. Potential digital security issues are preventing data from being stolen or abused and avoiding new forms of crime based on data in the form of the metaverse.

Some existing metaverse-like applications can help us better understand the potential related risks. For example, on the Roblox game platform, the regenerative entertainment activities of the 2019 Christchurch Mosque Shots have been found many times. What makes things worse is that young children are one of the target users, which is undoubtedly full of hidden dangers. Violent extremism and terrorist content are not the only hazards in metaverse platforms. Recently, on the Oculus Quest II platform, a user experienced a racist tirade that lasted for several minutes while playing a game but could not identify or report the user successfully. In addition, sexual harassment is also a thorny problem in the metaverse, which is even difficult to identify.

The current risks in the metaverse may be exacerbated in many ways. The dissemination ability of hazard information is limited chiefly to text-based messages, photos, emoticons, etc. However, with the help of sensory simulation technology, the risk of injury in the virtual world will make people feel more natural. Bad people may abuse it, and its possible ways of doing evil have not been fully understood, and countermeasures have not been formulated at this stage. At the same time, the harmful content rapidly spreading in our current digital life may also be transformed into more unnecessary content in graphics, 3D and hearing in the metaverse. Due to the multi-sensory nature of its communication environment, these contents are more intrusive and have a more significant impact.

We believe that, to mitigate problems of the metaverse, it is essential to quickly promote the progress of key technologies and the emergence of popular applications. This will push metaverse further into the public view and form a unique social supervision system. In fact, with the vigorous development of 5G, NFT, blockchain, AI, and Cloud, more and more companies let their employees work temporarily from home and become remote workers forever. This provides an opportunity to develop unified laws and regulations of the metaverse. In this wave, those large companies with have server capacity tend to become developers of regulatory rules in the early stage, as the supplement of the social supervision system. As Kevin Vincent, a VP of UtopiaVR, said:

Secondly, legislation should play a key role in the development of metaverse. Combined with Kangda Law Firm's point of view, we believe that supervision should consider and push for legislation on four aspects at least:

With the continuous expansion of metaverse application scenarios, various types of problems may emerge one after another in the future. We believe that a solid social supervision system, material standards from the tech-giant side and perfect relevant laws are the troikas of metaverse regulation. To summarize, on the premise of ensuring the innovation vitality of the metaverse field, we should promote building a regulation system, and keep thinking about how to prevent and solve the problems that may arise from the development of the metaverse in the future.