Robotics AI Creates A Recipe for Success in the Food Industry

While the 2022 Beijing Winter Olympics wowed the world with meals dropping from the ceiling by robots, it is another sign of China’s incentives in promoting robotics AI in the food industry. 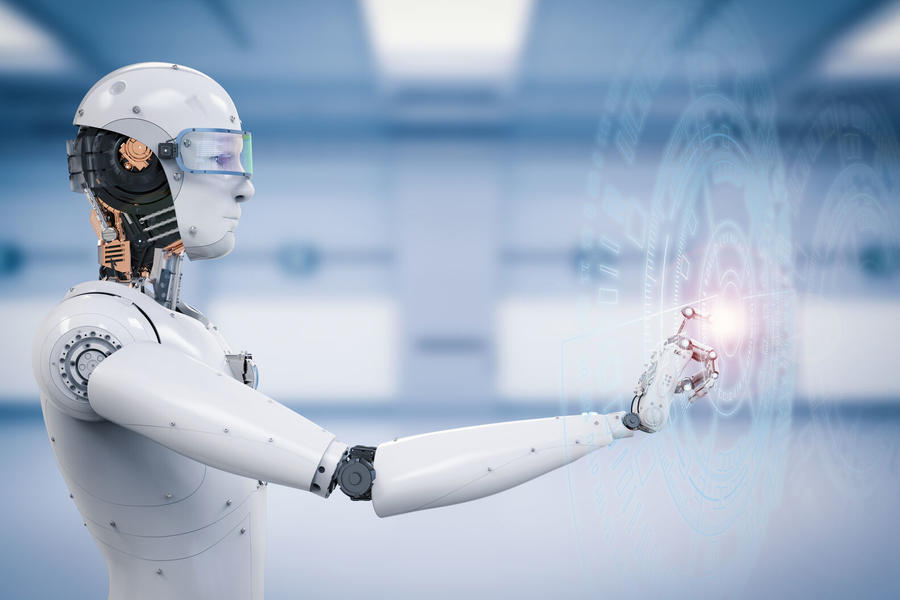 From minimizing person-to-person contact to resembling meal venues in sci-fi junctures, China's autonomous robotics AI has worked relentlessly offering delicious meals to global athletes in the 2022 Winter Olympics. It is eye-opening to see a bowl of noodles being delivered by a giant mechanical arm, immersing people in a surreal environment. The whole meal-serving process took less than two minutes without any interpersonal interactions, which marks China's another significant milestone in advanced robotics technology.

From Iyiou's research report of China's commercial robotics artificial intelligence market in 2021, this market has witnessed astonishing growth in the past five years. Since 2014, China has become the largest manufacturer of industrial robotics in the global market, with seamless integration of state economics and commercialization. Iyiou estimated that by 2023, China's commercial robotics AI market will reach a market value of approximately CNY 50 billion and apply to a wide variety of business scenarios, including transportation infrastructure, hospitality, office space, and entertainment industry.

According to the International Organization for Standardization (ISO), it classified robotics into two categories – industrial and service robots. In different environments, such as the food industry, public and customer service robots symbolize the unicorn new market in China. Chinese well-known robot manufacturer, Keenon Robotics, has currently occupied a significant market share for roughly 85% of food-serving robots ever sold in the country. Due to the unprecedented COVID-19 pandemic, the sales of service robots had increased 34% and carved out USD 2.94 billion in China.

Simultaneously, the number of service robotics companies in China has continued to rocket, accounting for almost 900 companies by 2020. The average enterprise-scale exceeded USD 3 million at the same time, with a growth potential to climb in the following years. 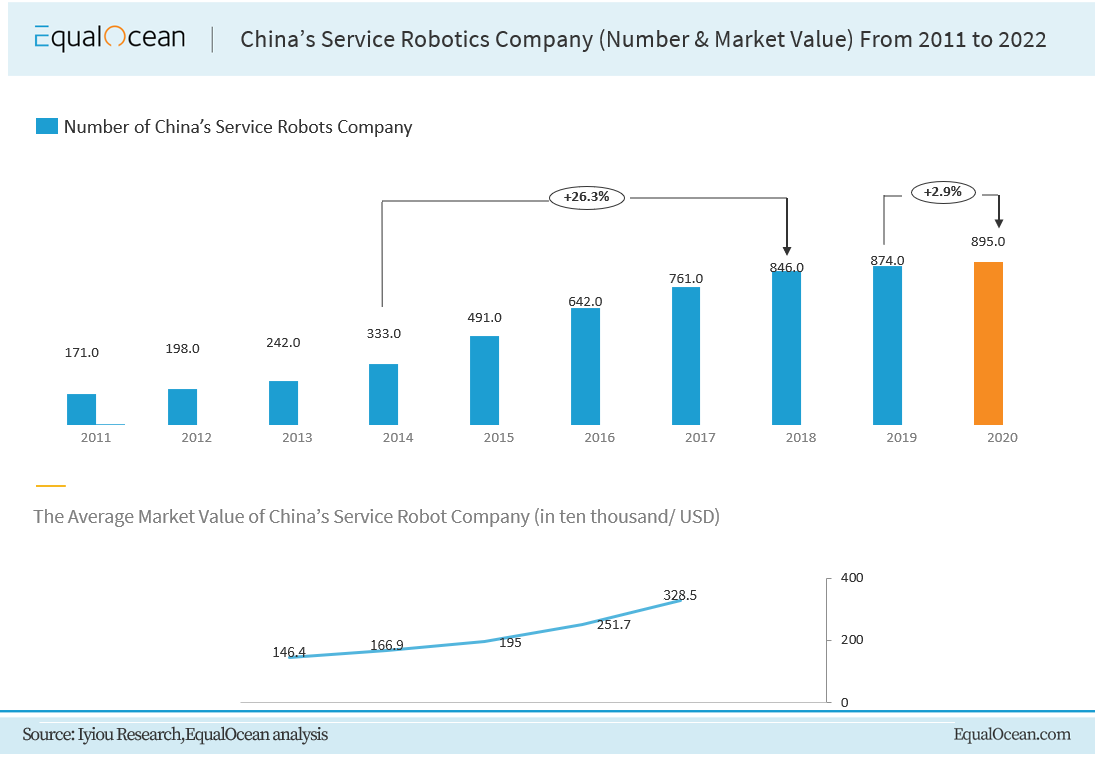 Furthermore, the plan also envisages an average annual growth rate in revenues from this industry in excess of 20%. The end goal is to increase national competitiveness in the robotics market with three core characteristics in robotics manufacturing, which stand for specialization, refinement, and novelty.

Macroscopically, in the latest press conference for the fifth session of the 13th National People's Congress, the Premier of the state council Li Keqiang indicated that China sets annual economic growth that targets at around 5.5%. The strong national growth is also reflected in China's GPD, reaching CNY 114.4 trillion in 2021 with an increase of CNY 13 trillion for the first time in history.

The current minister He Lifeng stated that this increase is equivalent to USD 3 trillion, from which China is ranked the sixth or seventh in the G20 regarding the total economic output. For this year, the Chinese central government is expected to invest CNY 640 billion, an increase of CNY 30 billion over last year in industries. The ever-growing national economy serves as a foundation for boosting niche technology markets, such as service robotics AI in the food sector.

Following the rapid development of robotics AI in China, it is expected that more advanced technologies will be adapted to service robots in the food sector. With a constantly expanding market, restaurants and third-party delivery platforms will join this niche market and the competition will further intensify in the future. In light of various business demands, robotics services will enhance customer experience and integrate with big data to optimize operations at a significant level.

CONTACT US
Scan QR code to contact us for professional consulting services
Next article
Boon or Bane? Uncovering the Risks of Sharing User Data with Financial Apps