If 2020 is the genesis of EV proliferation, 2022 would be the start of the application of fast-charge technology based on 800-volt platforms. 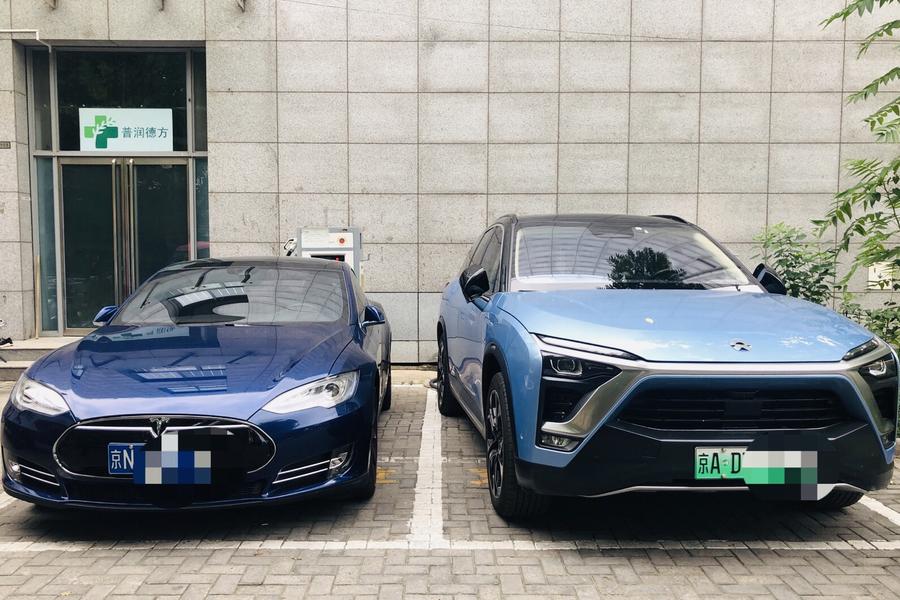 One tricky issue slowing EV adoption has to do with energy replenishment, a shared headache among drivers, who complain about the long waiting time for charging.

The charging-induced anxiety is even more exaggerated in China, where drivers need to wait in long lines for an unused plug during holidays. Industry specialists are working on a third-generation semiconductor-based charging solution which is to tackle the issue in the country.

Before e-mobility emerged, internal combustion engine cars had low requirements for power use. For example, some in-car hardware meant for entertainment functions was designed to run under 48 volts. But the emergence of electric cars has tremendously driven higher the demand for in-car power. Some popular models are designed to accommodate a voltage of between 250V and 450V to support the use of all kinds of devices, especially high-power electric motors.

High-power motors require an improvement in energy replenishment efficiency. Practitioners put forward two solutions: Battery swapping and supercharging. NIO is the representative when it comes to the battery swapping, enabling its car to remove and install a fully charged cell within five minutes. However, this method requires a unified battery design standard that is hard to meet. Alternatively, EV experts place hopes on fast charging.

Take Tesla’s V3 Charging as an example. It can replenish the battery for 250km in 15 minutes under the 400V voltage. Users need to wait at least half an hour to charge their cars fully. However, under the 800V voltage, drivers can halve the waiting time.

The pain point during mass deployment

Although the charging speed looks attractive, deploying a new charging platform involves many challenges. A 800-volt platform  means a fundamental change in engineering, where battery, motor and electric control should be able to work safely.

For lithium batteries, an excessive charging voltage and current will lead to lower stability, ease of catching fire, risk of explosion and other problems. Achieving safe battery performance at a high voltage requires technological breakthroughs in materials and battery management systems (BMS) with better control accuracy and cooling systems. In addition, the cable around the battery also needs to be adaptive as well.

Taking inverters as an example, they are critical components of E&E architecture. The widely-used inverters are Silicon-based Insulated Gate Bipolar Transistor (IGBT) originally designed for a 400V architecture (with the ability to withstand up to 650 volts.) But in a higher-voltage architecture, SiC power semiconductor is the right choice. It has significantly lowered energy loss and can improve the efficiency of the electric drive system by 2% to 3%. But the high cost of SiC has been one of the crucial obstacles for rapid adoption.

Other components such as on-board chargers (OBC), DC-to-DC converter (DCDC) and air conditioning compressors also need to be upgraded for high-voltage architectures.

China Merchants Securities in a research note divides high-voltage architectures into the following three types according to costs:

This first system transfers energy most effectively but carries the highest price tag. The second is cheaper but inferior in performance. The third is the cheapest but doesn't improve charging efficiency significantly.

Many companies have started to deploy their charging architectures.

In November 2021, Great Wall Motor Saloon, an upscale smart car affiliate of the auto maker, released its first model Mecha Dragon, which is equipped with a self-designed “Dayu” battery. The battery capacity is 115kWh and the range is 802km under China’s light-duty vehicle test cycle. GWM claimed the car is powered by 800V high-voltage charging technology, with a peak current of up to 600A. A 10-minute charge can sustain a range of 401km. Mecha Dragon will be launched in 2022.

XPeng officially released a new model, G9, based on an 800V high voltage SiC platform, and it can add a 200km range with five minutes of hyper-charging. The company claimed the peak charging current of the car will be more than 600A, the maximum electric drive efficiency is more than 95%.

More importantly, all components of G9 can support 800V, realizing the 800V quick charge in a true sense.

BAIC invested in 24 quick charge stations in Beijing, Shanghai, Guangzhou and Shenzhen in 2021.

Volkswagen has a 30% stake in CAMS, a Volkswagen-based one-stop charging solution provider, , which owned 607 supercharging stations by 2021.

The EV competition is heating up as all manufacturers lure buyers with faster-charging schemes. And this will prompt EV players to spend more time and money to engineer this complex system to take the lead.