The article analyzes the EV market from the perspective of sales, EV battery and infrastructure 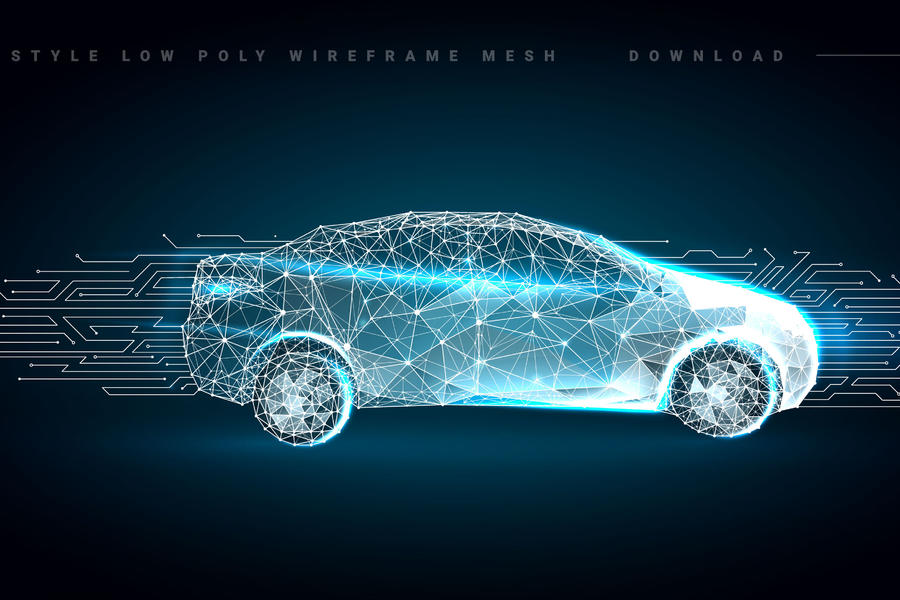 The sales of new energy passenger vehicles reached 272,000 units in February, the best February sales ever with car delivery up 180.5% year on year (YoY) and down 22.6% month on month (MoM), according to the China Passenger Car Association. 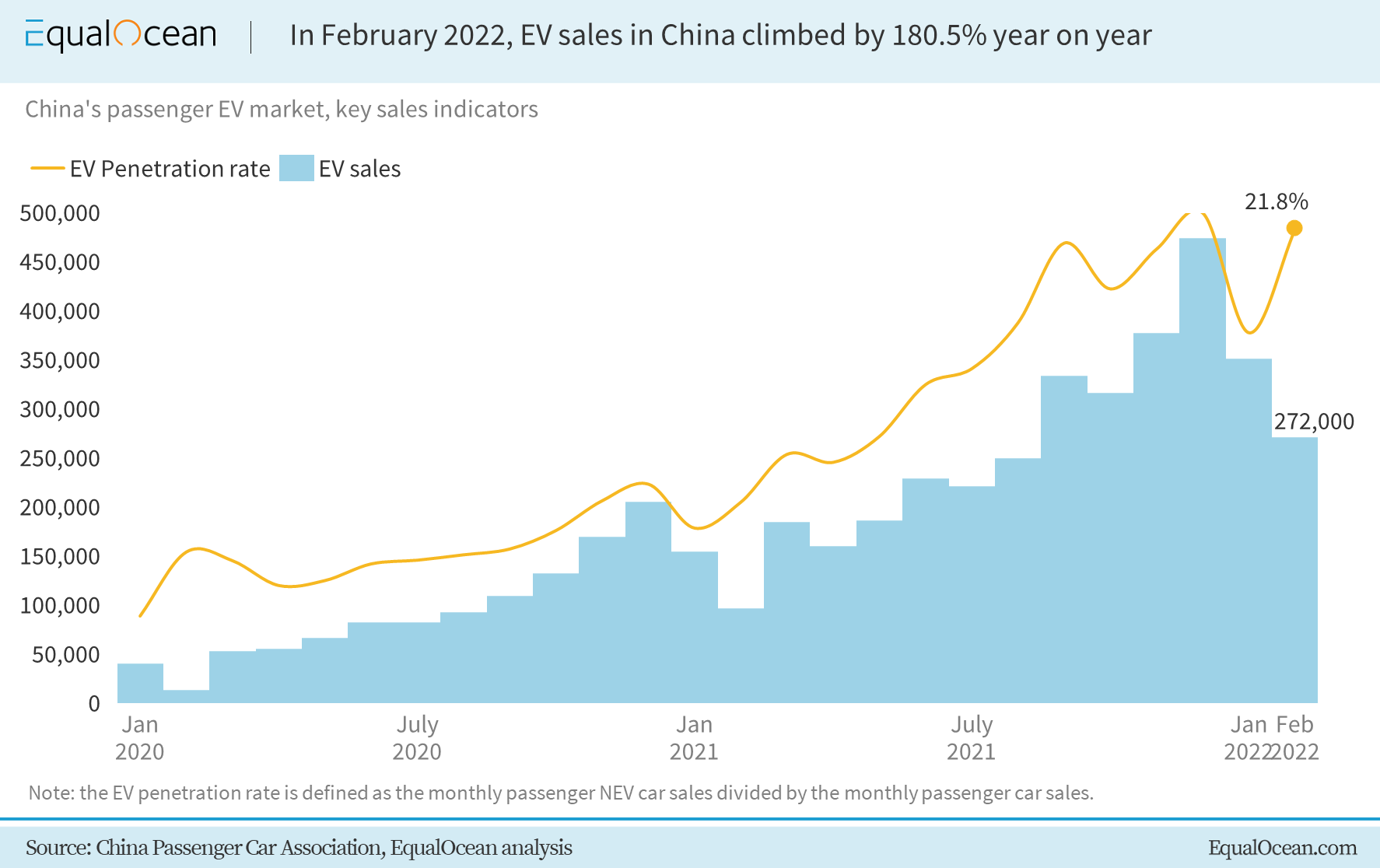 The flourishing EV market contributed to the stellar sales of a few auto brands. Unparalleled sales growth of BYD's battery vehicles and hybrid vehicles cemented its status as the new energy vehicle leader.

Traditional auto companies represented by SAIC and GAC are rising to prominence in the sector. Specifically, there were five manufacturers whose retail sales exceeded 10,000 units, including BYD at 86,669, 28,713 of SAIC-GM-Wuling, 23,200 of Tesla China, 13,697 of Geely Auto and 10,271 of Chery Auto.

The leading wholesales figure is better than retail sales. The five manufacturers above also present generated wholesale sales exceeding 10,000 units, including 87,473 for BYD, 56,515 for Tesla China, 26,046 for SAIC-GM-Wuling, 14,285 for Geely Auto and 10,271 for Chery Automobile. Except for Tesla, these companies saw a growth of five to seven times compared to a year ago. (The charts below indicates the retail sales of various NEV brands) 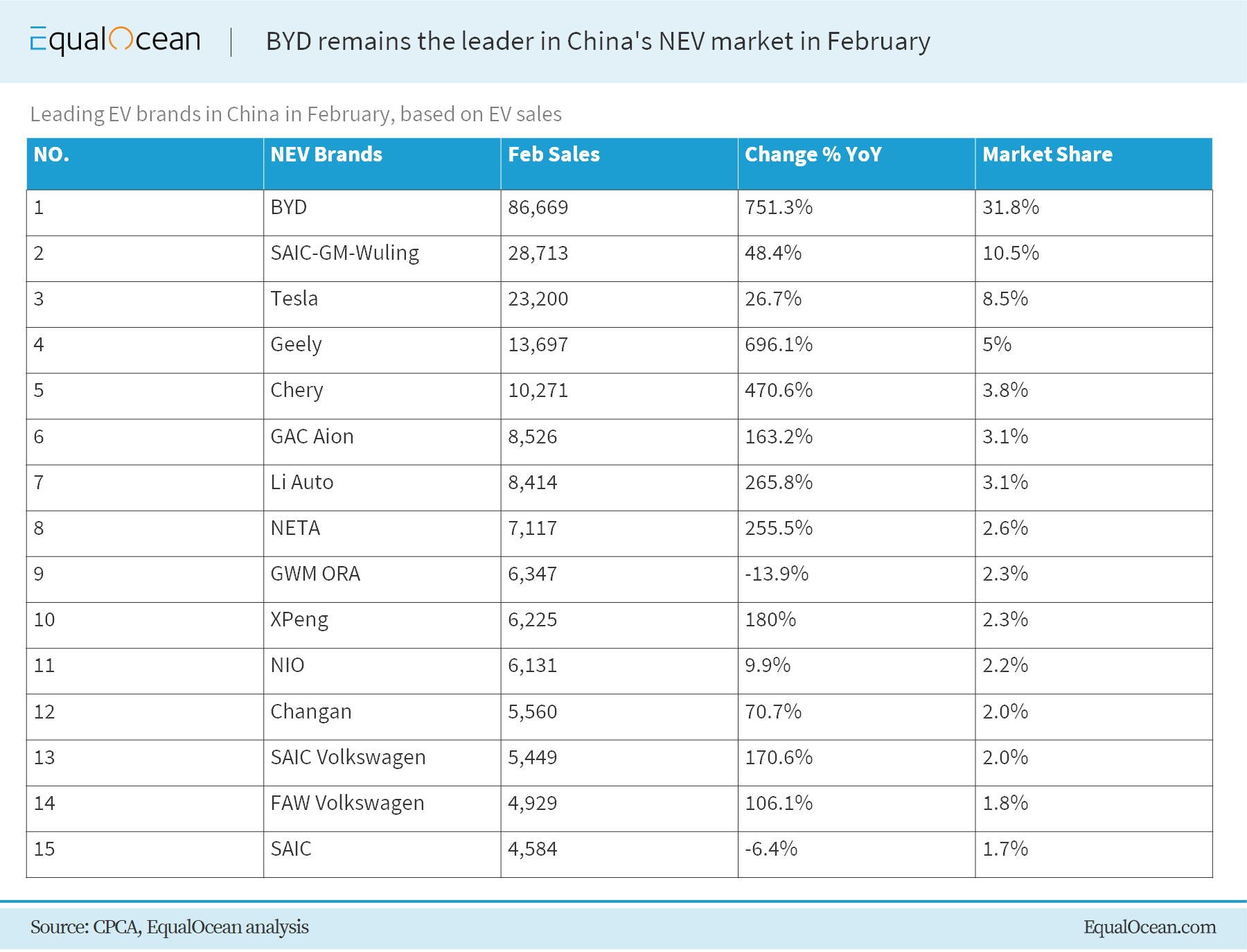 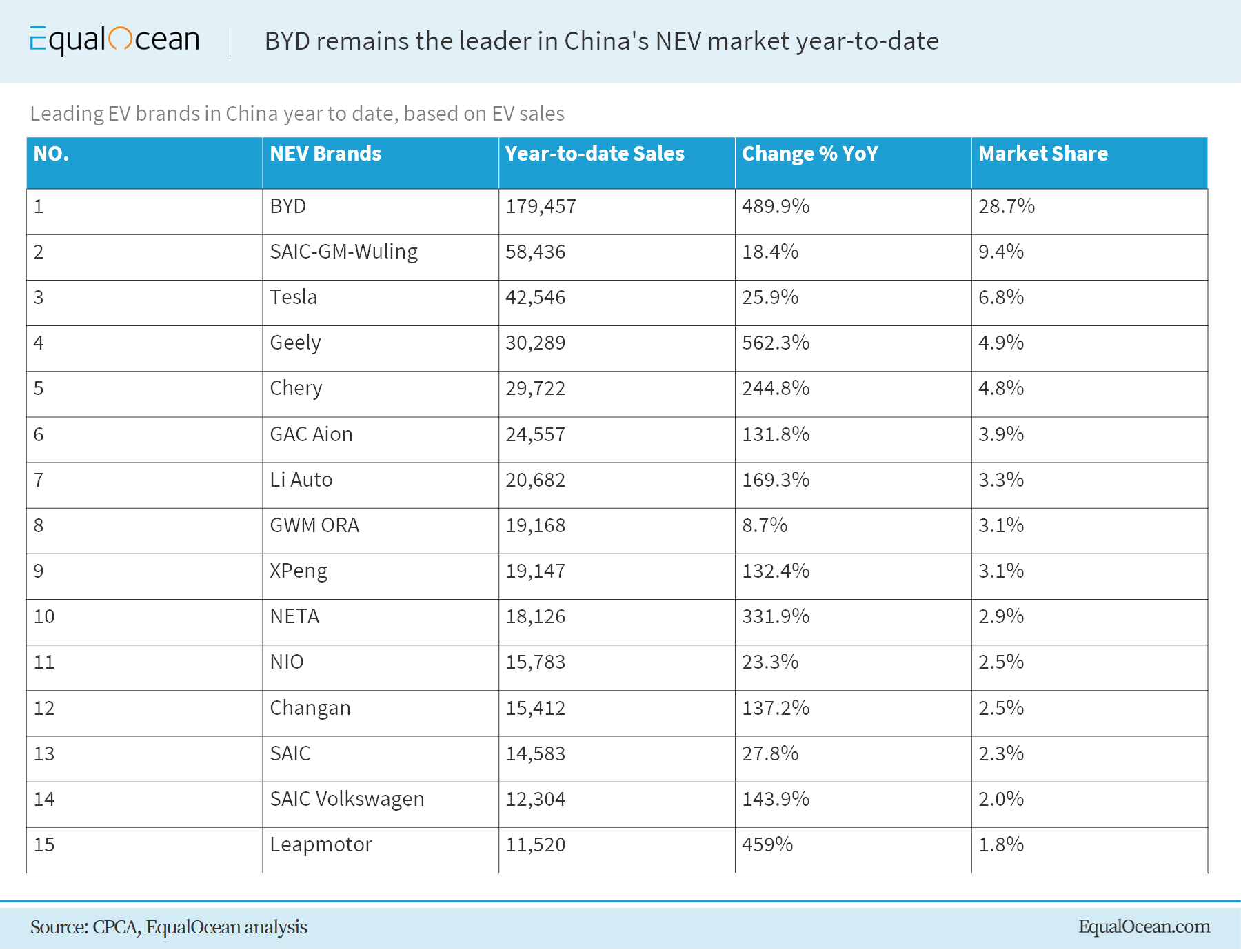 China's EV-making ''New Forces'' brands such as Li Auto, NETA, XPeng continued their solid performance. In particular, the three companies have more than doubled their figures on a year-on-year basis. Leapmotor also increased car sales by more than five times year on year. Among the joint venture brands in China, Volkswagen sold 11,916 new energy vehicles by wholesale, accounting for 58% of all NEV sales by JV automakers. 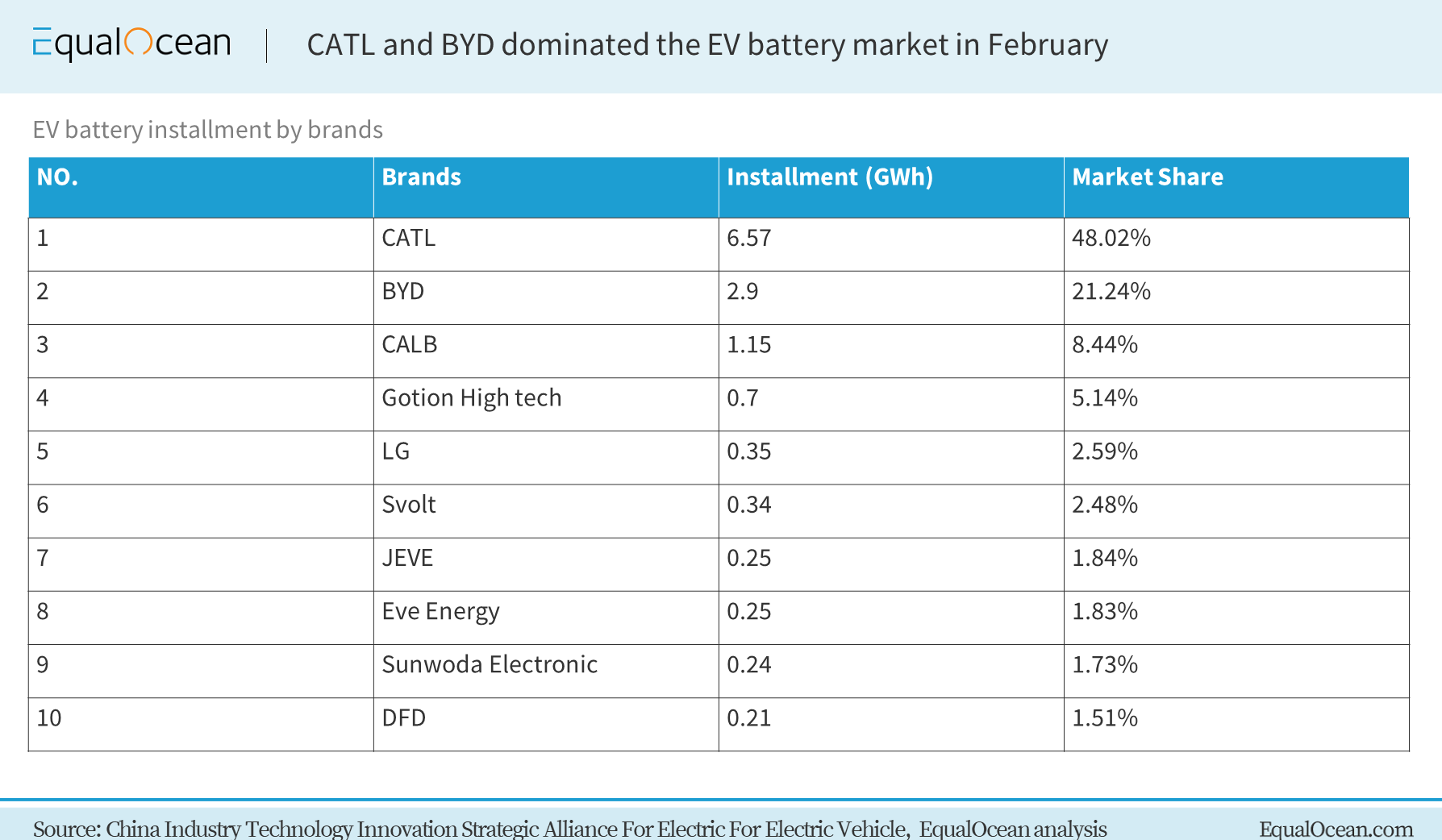 Based on the data compiled by the China EV Charging Infrastructure Promotion Alliance, an industry association, the number of public charging piles in February increased by 36,000 units compared to the previous month, up 44.9% YoY.

In February, China's EV market experienced another month of high growth in overall car sales, battery yield, and infrastructure build-up. But signs of exuberance aren't everywhere. BYD grabbed the most market share, followed by some EV brands like NIO and Great Wall Motor’s ORA, which seem to be losing steam, though. Besides, the EV market faces a prolonged threat of surging costs for raw materials. As a result, various EV brands adjusted prices accordingly. Last but not least, China is trying to contain a new wave of Covid-19 outbreak, with measures like lockdowns and travel restrictions imposed on a few of China's largest EV markets like Shanghai and Shenzhen. The production and sales of EVs in March could suffer