Will SaaS Solutions Survive Planned Obsolescence? The Answer is to Buy for the Future

In recent decades, the piping hot Software-as-a-Service (SaaS) solutions stand out among cloud-based innovations as ruses to keep opening customers' wallets. Will SaaS solutions survive the covert danger of planned obsolescence, unlike egregious examples in the past? The answer lies within the principle of buying for the future––a principle that can be realized through virtualization and cloud infrastructure. 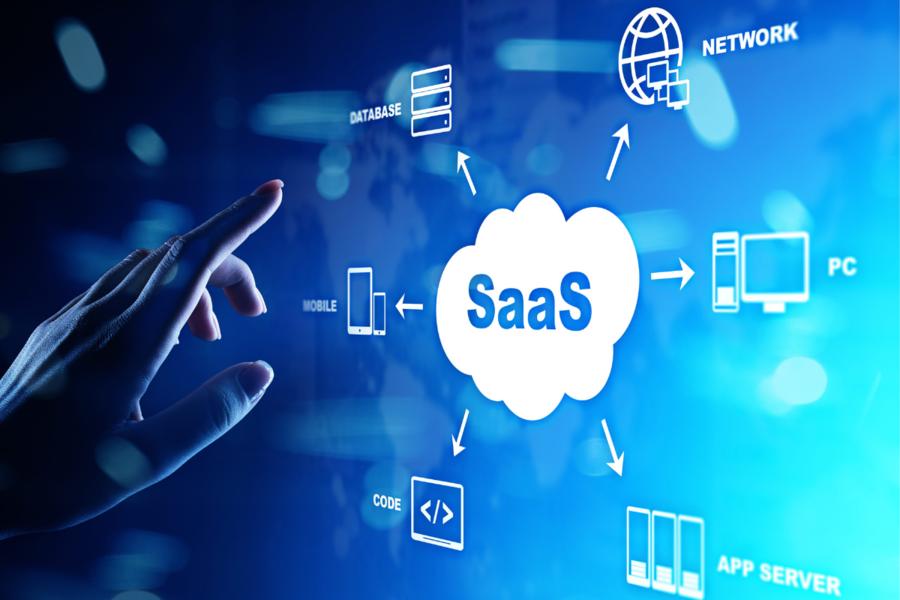 Whether it's a new CRM, streaming service, or even a piece of hardware, the adoption of new technologies often envokes within us the excitement of envisioning the distant future. Yet, this excitement is too often met with a reality riddled with planned obsolescence, blatantly smacking dreams of having everlasting longevity and lifespan in the latest and greatest technologies of the present day. Regardless of their popularity, outdated tech gadgets are destined to become a collection of historical archives.

Planned obsolescence is not nakedly exploitative, and in fact, sometimes benefits consumers and manufacturers in the innocent pursuit of more effective and innovative tech solutions. Without these new solutions, both tech manufacturers and consumers are easily bricked. It is also common that advancement in technology often coexists with leaps and bounds when planned obsolescence inevitably occurs as a result to situate any sustainable business.

At the same time, this speculation supposedly suggests a shifting consumer culture in a future trend. With the worldwide adoption of cloud-based technology in recent decades, SaaS solutions are taking their natural advantages and will survive built on customers' mindset in investing for the future.

On a macroeconomic scale, in 2020, the global SaaS market reached USD 148.75 billion in 2020 during the post-COVID-19 and is projected to jump to USD 702.19 billion by 2030, with an 18.8% CAGR in the next ten years. Some of the large-scale enterprises such as Oracle and Salesforce continue to dominate the segment in 2020 while more small-and-medium-sized enterprises (SMEs) started to enter this market.

This cloud-based sector has major industry players ranging from IBM corporation, Google, Adobe Inc, Oracle, and Salesforce in the United States. The North American market has held the lion's share in 2020, garnering around two-fifths of the global market. Meanwhile, in the Asian Pacific region, more enterprises have risen to carve out this lucrative business and exhibit the fastest CAGR of 22% expected by the end of 2030. 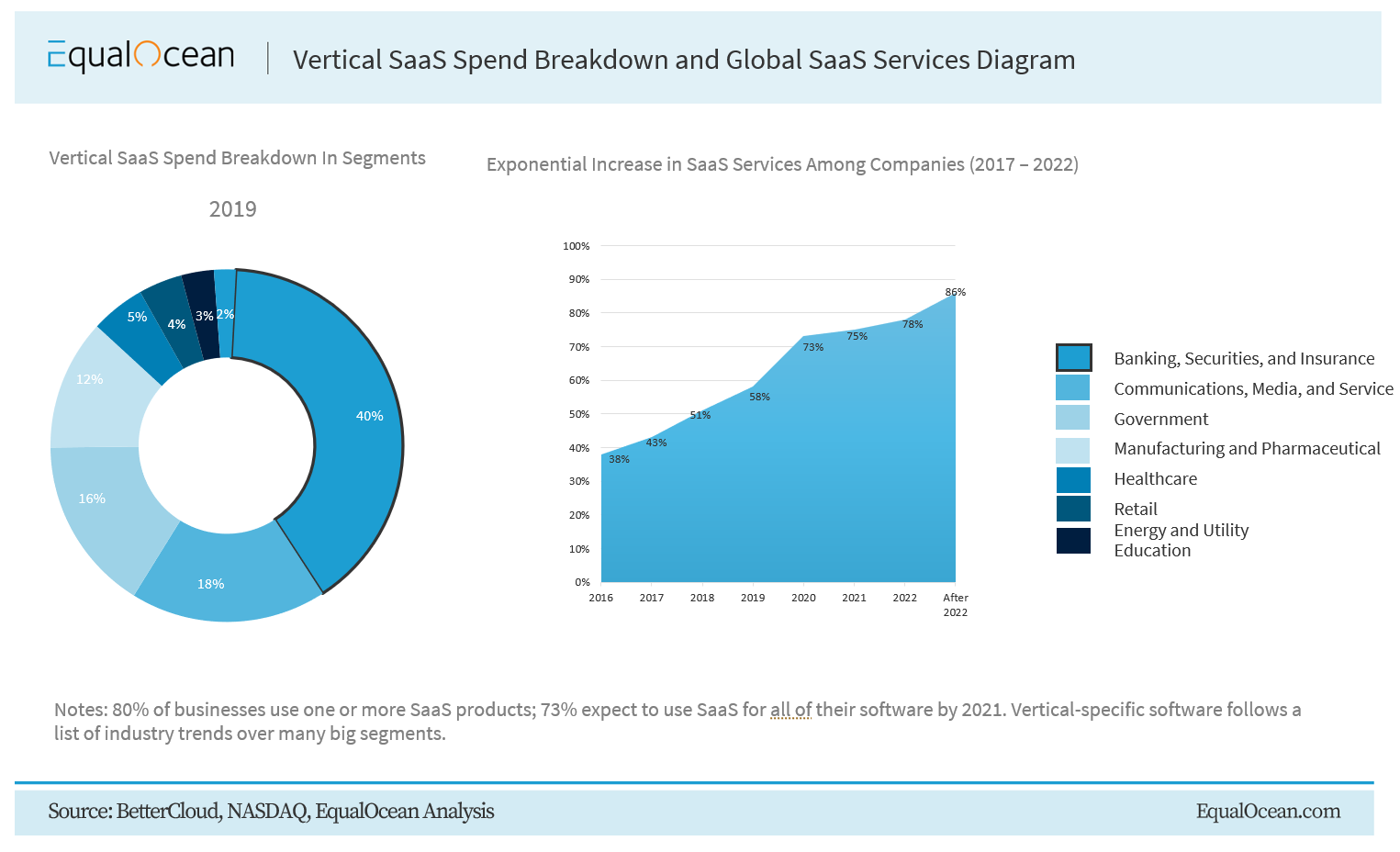 To differentiate categories in the SaaS market, the segments can be bifurcated into either deployment model or solution type. Cloud-based features applying to the public, hybrid, and private environments are labeled as deployment modes. On the other hand, solutions including CRM, enterprise resource planning (ERP), operation management, human resource management (HRM), and supply chain management, are different subdivisions in specifying this segment. By vertical, the SaaS market penetrates into various industries, including banking, financial services and insurance (BFSI), telecommunications, retail, healthcare, information technology (IT), and others.

A Nuanced View on a Rising Star

It is widely recognized that SaaS solutions provide realms of benefits to modern business strategy, yet the North American market is not the lone wolf that favors this market. The Asia Pacific market also has grown at its fastest pace ever in 2021, reaching an all-time high and carving USD 1.5 billion in the SaaS market, according to the Asia Pacific ISG Index.

In Asia Pacific regions, the annual contract value (ACV) of the SaaS market accelerated by 37% in 2021. The COVID-19 pandemic serves as a catalyst in boosting the remote operations of enterprises that constantly seek for virtualization and cloud technologies to navigate better in the work-from-home setting.

The Singapore-based AI-driven tech company Advance Intelligence Group is a parent company overseeing three business units covering 14 markets. The company raised over USD 400 million in Series D round financing led by Softbank Vision Fund 2 and Warburg Pincus last year and reached a valuation of more than USD 2 billion. With buyout firms such as Chinese venture capital firms Vision Plus Capital and Gaorong Capital also among its investors, the company has actively expanded its blueprint across the world and become one of the largest independent technology startups based in Singapore.

The Chief Operating Officer of Ginee, Valen Fan, indicated that among these units, Ginee is an e-commerce merchant services technology platform in the Southeast Asia regions such as Indonesia, Philippines, Thailand, Malaysia, and other markets such as mainland China. Since its early launch in early 2020, Ginee has supported over 115,000 businesses with USD 2.5 billion in gross merchandise value total. For example, Ginee provides a SaaS ERP system to help with day-to-day operations and customer relationship management.

"We entered pretty early in the Southeast Asia market and quickly integrate with more intense e-commerce marketplaces. We are very competitive and able to process 250 million orders in the last two years," said Fan.

Moreover, the company provides a unique chat function in the marketplace while merchants can handle businesses in one system. Six months ago, the company launched the smart Warehouse Management Software (WMS) system as part of the distribution collaborative management solutions.

The company also has partnered with many well-known e-commerce companies by adopting business-to-business propositions, such as JD.ID, TikTok Shopping, Shopify, blibli.com, and Shopee. Ginee also has an app system that optimizes the omnichannel experience for enterprises in relation to operations such as order sales and multiplatform digital apps. In Asia Pacific regions, Fan explained that these SaaS solutions have been popularized during an unprecedented time.

"I think in the past two years, COVID-19 has been the biggest accelerator when merchants started to do online businesses. There are many marketplaces in Southeast Asia, and it is difficult for merchants to manage various platforms at once," said Fan.

With the benefits of synergizing with other subsidiaries under Advance Intelligence Group, Ginee is capable of leveraging shared AI and machine learning technology on a larger scale. The company has built a B2B aggregation platform for China's cross-border merchants called Ginee-Juling which is relatively similar to Ginee service in the global market. With prospective expansion plans, Fan unveiled that Ginee plans to expand the business into Latin America and China. While having a unique standing of promoting Chinese companies in cross-border business to the Southeast Asia market, Fan explained that Ginee has a different focus than other Chinese SaaS providers and remains relatively competitive in the market.

"Even though we already have Ginee-Juling in China, the market is still one of the largest targets in our expansion plan for the next two years. We believe that merchants are already encountering existing challenges besides omnichannel management, such as offline business, customers, warehouse, and accounting. These common problems exist even before the pandemic," said Fan.

Fan further disclosed that the cloud-based infrastructure in terms of ERP systems and SaaS technology will have a significant growth impact in the next five years. Merchants are constantly looking for smart solutions to navigate an optimized business landscape and reduce bookkeeping redundancies in inventory, warehouse, and other sorts of management.

"Cloud technology is very important in China now, and it is expected to have the same impact in Southeast Asia regions. In the post-COVID stage, these cloud technologies still play critical roles while running a business is complicated by nature. Merchants will seek more solutions to meet their dynamic needs," said Fan.

The configuration of China's cloud infrastructure is on earth a billion-dollar industry, jumping from approximately USD 107 billion in 2019 to USD 142 billion in 2020. Among the most fast-growing sectors, Software-as-a-service (SaaS) market has carved out a significant share and sprung up with investments. In the mid-2010s, China has acquired a name in virtualized infrastructure and SaaS and shown state interest in becoming one of the major tech players in digital transformation.

A dozen of rising benefits, including business savings, revenue, and customer service, back up the mushroomed SaaS market in China moving from passive traditional efforts. Chinese companies are seeking enormous market potential both domestically and in the overseas playgrounds with many cloud-based or AI-powered SaaS solutions. Currently, in China, office automation software (OA) and customer relationship management software (CRM) have been gaining much ground as a result of the fast-paced work environment. Meanwhile, Chinese companies have leveraged SaaS applications to streamline higher efficiency and productivity in the workspace. 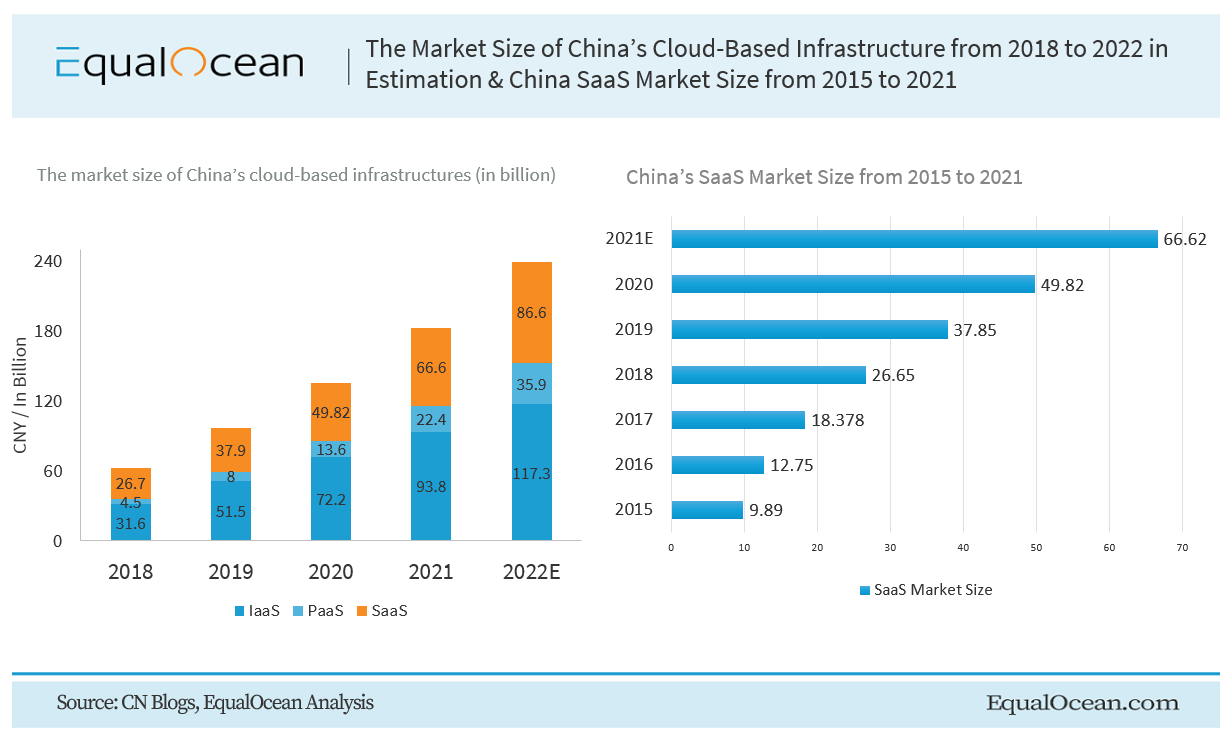 As an example of a Chinese major player in SaaS, Alibaba Group Holding Limited should earn a space as the largest Chinese multinational technology conglomerate corporation in e-commerce and retail. The company has a branch called Alibaba Cloud that released a SaaS accelerator applicable to the e-commerce, hospitality, and travel industries at the 2019 Ali Cloud Summit in Beijing. This accelerator provides an agile platform to conduct virtual testing and shorten the implementation lifecycle through application programming interfaces.

As calculated, around one million new Chinese startups had shown interest in using cloud computing services to operate their business, along with the national GDP growth of 2.3% in 2020. That reflects the economic impact of the cloud market supporting the work-from-home and other dynamic needs. According to ADG China, about 32 million small-and-medium-sized enterprises (SMEs) adopted SaaS applications in 2021. Over 50,000 large companies generated revenue in excess of USD 150 million. As predicted, China will be the next frontier in the SaaS revolution as the country is poised to double its market share in the near term.

However, on the opposite of popularizing SaaS applications, China's SaaS solutions have a heavy sticking point of overpricing models. Most Chinese companies need to purchase a perpetual license model and do not have a flexible option of paying a monthly or annual subscription, which reflects one of China's existing challenges to be overcome in this field.

The global SaaS market has proven a business-minded strategy for numerous large enterprises and SMEs alike to repurpose their goals based on the cloud infrastructure. With recent decades of real-life encounters with challenges, SaaS solutions are forecasted to break the curse of planned obsolescence in technology as new innovations and functions have been constantly emerging. The various sorts of upgrades in the software platforms and seamless integration systems with other applications have made SaaS solutions less disposable over time. In both Asia Pacific regions and China, the SaaS market appears as an evergreen industry with prospects of lengthening its lifespan in the future.