China’s Place in a Sustainable Future

China's unique geographic limitations and economic situation have led the country to invest heavily in renewables while also being the worlds biggest culprit for emissions. 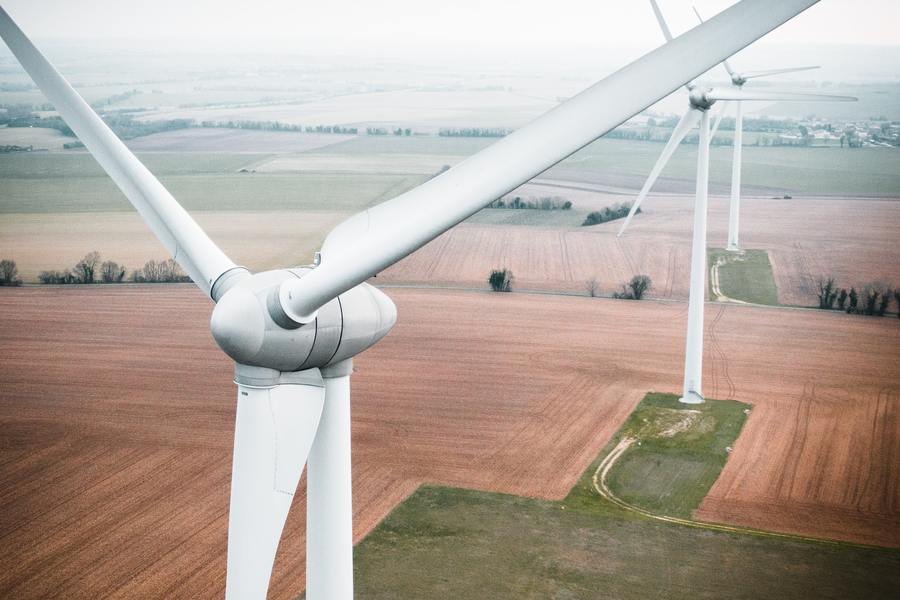 China’s monumental industrial acceleration has made the nation the hungriest consumer of energy on the planet. To meet this demand, in 2019 for example, China burned up 3.3 bn tons of oil. According to Nature, China emits around one-quarter of the world’s greenhouse gasses, the largest share of any country. This has had a direct impact on China and the entire world with respect to the climate. In 2013, citizens in parts of China were exposed to particulate levels up to 30 times those deemed safe by the World Health Organization. Despite efforts to combat the issue, as recent as 2020, 48 Chinese cities still remain among the top 100 most-polluted cities in the world.

Translating this economically, RAND Corporation estimated that air pollution in 2012 cost China 535 bn USD, or 6.5% of its GDP, due to losses in labor productivity. Overall, the numbers paint the picture that China has rapidly industrialized so much so that leadership has been forced to confront the problem directly on behalf of the citizens of China and the whole world. To combat this crisis, China has for years heavily invested in renewable energies that best fit the nation's needs. Solar energy, battery technology, and other renewable resource inputs have become so practical for the economy that China has gradually gained competitive advantages over all other nations to a large degree.

Strategically, China has sought to mitigate geopolitical tensions by increasing the proportion of renewable sources in its energy mix for electricity consumption. This is to make the country less reliant on unstable or even hostile regions for energy security. China’s new dominance of nearly all aspects of solar use and manufacturing is predicated on the fact that the industry is predicted to expand by 13% per year according to a report from the Department of Energy. Any nation that wants to get involved in solar to some degree has to go through China to some degree. Between 2008 and 2013, China’s solar-electric panel industry dropped world prices by 80%. Capitalizing on this fiercely competitive high-tech market has led to many nations taking immediate action for the next decade to try and catch up to China. Evidence for their advantage is revealed by China’s possession of one-third of the world’s solar-generation capacity while the European Economic and Social Committee has even described the success in China’s solar as a “quasi-monopoly.”

Regions like the Henan province in ther center of the country have abundant sunshine required for making heavy solar energy consumption possible. However, the massive urban clusters tend to be near the nation’s coastal areas. The same principle tends to apply to wind power generation. A dilemma arises in trying to move this valuable energy over large distances. The need to curtail such energy losses from wind and solar transportation has led the Chinese government to invest significantly in high-voltage lines that can transmit power generated in sunny, windy regions across the vastness of China.

The hedging of renewables against global imports of fossil fuels has created an issue with the firmness and reliability of green energy retention. Particularly, the natural inconsistency of solar and wind production necessitates an integration of stationary battery systems into the wind and solar power supplies of China. This forms national reserves of power that charge up during times of high production, and are utilized during times of high consumption. China’s development of strong battery supply chains benefits not only solar and wind but the EV industry as well.

Recent sanctions on Russia’s energy industry are exposing many nation’s unsustainable and geopolitically detrimental dependence on not only Russian energy, but fossil fuels overall. Germany for example has decommissioned nuclear plants in the past while recently having to distance abruptly from Russian energy. These actions are accelerating Europe’s shift towards sustainable alternatives for national security purposes as well as environmental protection.

China produced 98% of Europe's rare earth elements and 66% of lithium-ion batteries according to the EESC. Russia and Ukraine hold hefty reserves of Uranium as well. Europe is clearly overdependent on fossil fuel and metal imports. For at least the short-term, China will be benefiting heavily from spiking global demand for minerals crucial to battery and solar technology. Commissioner Thierry Breton has said that the EU has considerable lithium resources and “are positioning ourselves so that by 2025 we will be almost self-sufficient in lithium for our batteries.” In the status quo, China is clearly in a position that is being globally recognized.

As other countries attempt to resist Chinese domination in renewable energy markets, China itself has continued to further stabilize their economy and remain a step ahead. Renewables have been helpful against China’s overreliance on coal but not supplementary. The 14th Five-Year Plan (2021-25) calls for a modernization of the national energy system and outlines clear targets for annual energy supply capacity while specifying measures to enhance the country's energy independence. In a joint report issued by China’s National Development and Reform Commission and the National Energy Administration, explicit targets have been set to promote the active development of nuclear power safely and orderly. China aims to achieve the installed capacity of nuclear power plants at about 70 million kilowatts by 2025 while planning to build 150 new nuclear reactors by the 2030s. For scale, America currently operates 93 reactors that supply 20% of its electricity demand with 50% of it being carbon-free according to the US Energy Information Administration.

These ambitions complement China’s longevity with high investment into the renewable energy sector. As far back as 2015, 0.9% of China’s GDP went into the renewable energy sector as the third-highest amount globally and not too far behind Chile and South Africa respectively. Yet at the same time, only 23% of the energy that China consumes is from clean sources, whereas almost 58% was from coal in 2019. With plans to achieve carbon neutrality by 2060, China must continue to pursue and refine their energy resourcing. As recently as January of 2021, China demonstrated the world’s first independent third-generation nuclear power, Hualong One, in the eastern Fujian Province. It has since been in full commercial operation, according to media reports.

Though China stands to benefit from Russian fossil fuels amidst global uncertainty, the nation will continue to smartly pursue nuclear, wind, and solar, along with the necessary retrofitting to ensure national stability. According to the International Energy Agency, 36% and 40% of the world’s growth in solar and wind energy in the next five years will come from China. Even if other countries manage to form some sort of national safety nets in renewable energy, China will still play a large role in the years to come.

Improving living standards and energy security from renewables will create a net positive that could have positive multiplying effects across other industries. It will be another monumental achievement for China to hit extremely ambitious targets and to try and lead the world in the green energy industry. Investors and experts see America and Europe’s need to bloat battery manufacturing capacity as a signal that China is indeed ahead of the rest. While much improvement is needed to break with a problematic coal addiction, China is on the right track and can advance at the forefront of green technological research and implimentation.