Will Zeekr Become the Next Disruptor of EV ‘New Forces’?

The company vowed a rebound in April sales. 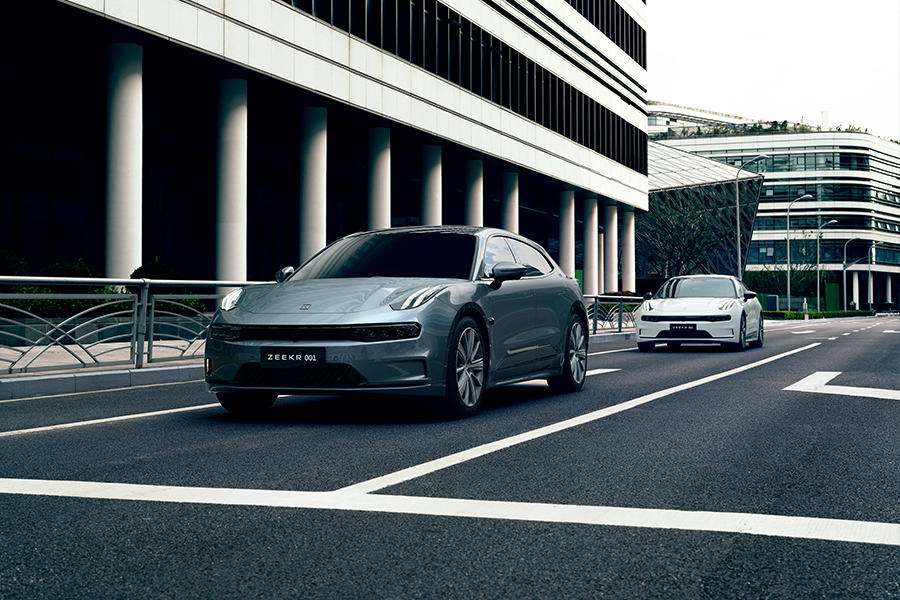 Geely-backed NEV maker Zeekr disclosed that it sold a total of 14,248 vehicles since delivery started in October of 2021. By far, the company remains the fastest carmaker to deliver over 10,000 pure battery vehicles with its first model. To find out the reason how it did that, EqualOcean conducted an email interview, in which Zeekr’s executives revealed the key to its fast-growing business.

How did Zeekr perform well?

In a nutshell, the secret of its success has to do with Geely's long-term research on NEV. For example, Zeekr's first model, 001, sits on the Geely-developed SEA electric and electronic architecture (E&E), an element at the heart of EV design. SEA is also adopted by Jidu (Baidu’s EV division) and Mercedes-Benz's smart in their design of EVs. It is likely to be used by more companies in the foreseeable future. By comparison, many Chinese NEV players, including NIO, XPeng and Li Auto, can't develop a platform on their own.

Other obstacles also exist for NEV players to make cars independently, such as qualifications and production experiences. Zeekr can utilize Geely's manufacturing expertise to produce vehicles and ramp up production at a faster pace. By contrast, a NEV player without the backing of a strong parent needs over a year to build up a plant and more time to ramp up the production rate.

Another strength is Zeekr's understanding of how NEV operates, which gives it an edge over traditional OEMs. Zeekr has some shared ''traits'' seen in a few New EV companies such as a user-centric strategy and fast software integration capabilites.

After studying the habits of younger generation consumers, Zeekr produced a model that met expectations. Zeekr 001 is a shooting brake style fully electric vehicle with a 0-60 mph speed of 3.8 seconds and up to 712 km of range in a single charge.

In addition, the company also stands out for its accurate anticipation of customer demands. ''We believed consumers want cars that not only can relieve their ‘range anxiety’ but also have exciting performance, deliver an intelligent driving experience, and offer a ritualistic interaction,'' Zeekr said in a written note. This product philosophy is similar to that of smartphone makers. For example, a high-performance cellphone means a shorter battery life. Phone companies developed fast-charging technology and high-power batteries to deal with this. This solution also mirrors the trend of what EV industry practitioners are doing: designing fast-charging solutions and high-power density EV batteries.

What challenges does the company face?

In spite of encouraging signs of surging orders, chip shortage has cast a shadow over the company's future. Zeekr delivered an average of over 3,000 units from December last year to February 2022. It seems the company's production has gone up to the next level. But it doesn’t mean that the company’s future sales growth is guaranteed. According to EqualOcean's statistics, most EV practitioners predicted in 2021 that the supply chain crunch in the auto sector will ease in the first half of 2022. However, the latest round of lockdowns in some parts of China has jolted the supply chain again and delayed production and delivery for many car manufacturers. For example, Volkswagen's CFO claimed that the supply of semiconductors is unlikely to fully recover until 2024.

Zeekr concurred and specified that ''due to Covid-led restrictions, our suppliers had to shut down their plants in Zhejiang Province, Shanghai, Tianjin and Changchun.''

Zeekr also told EqualOcean that it couldn't confirm the exact time when the carmaker would get its hands on key components. An alternative would be to source them from Geely's global resources network. To alleviate consumers' anxiety, the Zhejiang-headquartered EV startup said it would disclose more information about its supply capability.

The firm has decided to update its users more frequently on the stock of key parts. For example, Zeekr secured a Vibracoustic production line this month to produce air suspension, a component that is in short supply. Besides, the company just got a new batch of auto parts, which would lift April's delivery.

When discussing its expansion, the one-year-old company released an ambitious plan of having a total of 300 stores and delivery centers this year, although EqualOcean remains skeptical on its ability to deliver on this goal. The reasons for misgivings are well-founded. It took NIO and XPeng seven years to achieve that target. Li Auto has yet to reach the figure. Quick expansion indeed is alluring for a young company, but it may put pressure on the company's operating margin through higher selling, general and administrative expenses and lead it away from breakeven. On the other hand, a company with lofty aspirations often can amass greater branding power and grab more market share in an unsaturated market. All in all, having 300 showrooms by the end of this year sounds like an aggressive and somewhat unrealistic goal for a company that has only one model to showcase so far.

Overseas expansion is a crucial step for many Chinese EV makers. So far, no Chinese light vehicle company has become a widely known brand in developed markets. But this perception is changing, as a consensus in China's EV industry is that shifting to e-mobility allows Chinese companies to overtake foreign peers and even beat them at their own game.

Among them, the most competitive brand is BYD. The year 2023 is likely to be a year for BYD to gain meaningful market share in the EU and US markets. Other contenders, such as NIO, is dabbling in the EU based on its global strategy. XPeng has differentiated itself with a smart driving solution in the same economic bloc. Zeekr labels itself as a global EV maker. The company has a R&D center in Sweden, which enables the startup to design products such as consumer vehicles and robotaxi  suited to all conditions around the world. As a result of this localization strategy, Zeekr and Waymo have agreed to co-develop autonomous driving robo taxis for commercial use in the United States.

The road to the world certainly will not be easy for Chinese companies. When asked about how to beat competition, Zeekr revealed to EqualOcean that ''we welcome more new entrants as it will facilitate EV adoption. Except for competition, collaboration is another theme. Electrification and intelligent integration has given Chinese companies a chance to leap forward.''

As a traditional car company, Zeekr’s parent Geely is still struggling to transition to an age of NEVs, as evidenced by a 7.5% penetration rate of its EV models in the whole car sales in 2021. It will spare no effort to support Zeekr's development, which means the company will enjoy many advantages like a shared E&E planform and plant that are the envy of a typical “New Forces” competitor. The company has incorporated the best of both worlds to create a third direction in EV manufacturing and distribution. That is to combine the manufacturing expertise of Geely with different sales and distribution tactics. Although Zeekr may find it hard to punch above its weight on the expansion scheme, it surely is a player to be reckoned with.