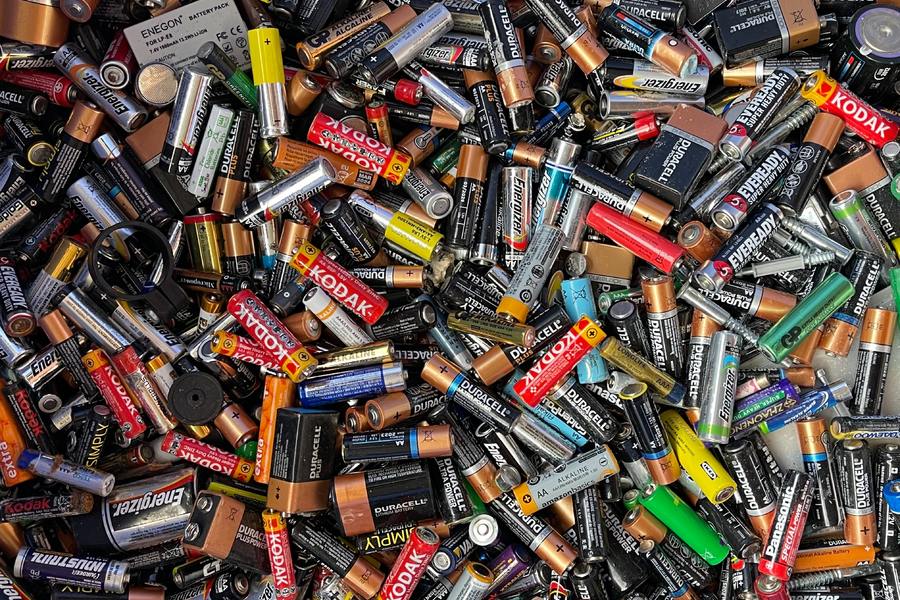 2022 has been an economist's worst nightmare. Recessionary signals in global bond markets, inflation, food shortages, factory closures, war, disease in the form of further Covid spikes, and many more resulting disruptions. The EV market, which was just starting to show signs of breakthrough, is being put to the test as well as being put through the wringer. With batteries being the most crucial of inputs, raw materials like nickel, lithium, and cobalt, are destroying years of R&D progress to advance the energy and utility sectors.

China has always been in the best position to withstand such pressures having made a centralized investment decades ago to commit to strengthening these industries, especially for times like these. Those investments are now being put to the test within internal markets with firms like BYD and CATL looking to show investors that they can handle these rigorous shocks.

With raw materials prices skyrocketing, the recycling process could be a crucial relief for battery dependent industries like EVs and appliances. CATL’s most recent agreement targets recycling as well as manufacturing, mining, and processing. With the acceleration of EV adoption becoming quite globalized, the agreement will be crucial in safeguarding CATLs major role in the EV industry. SNE Research has shown that the battery giant has in fact been the largest in the world by installed battery capacity for five years in a row seeing tremendous levels of growth. 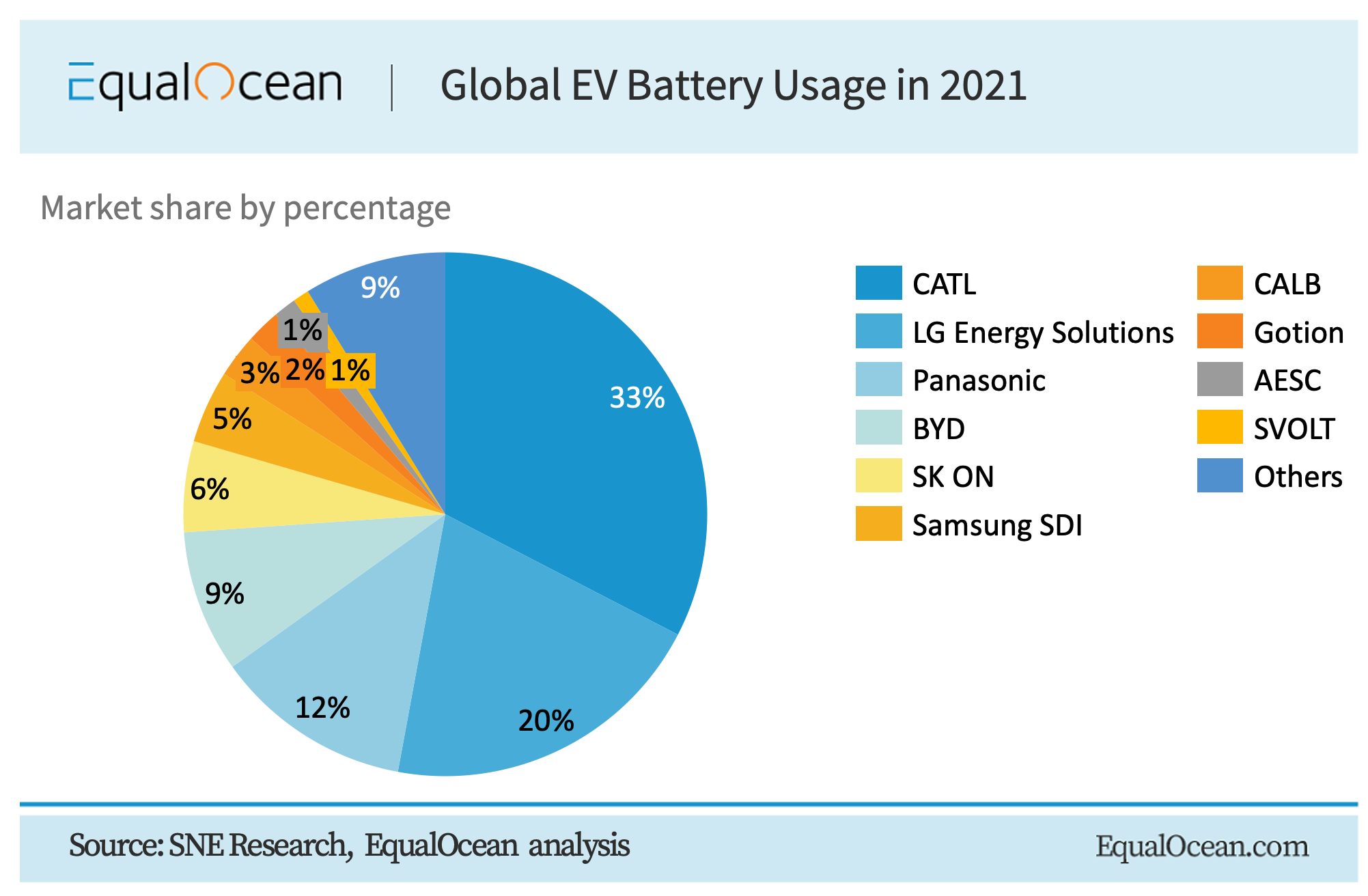 The company already provides for mammoths like Tesla and Volkswagen while also beginning to supply the exotic Fisker Automotive for their Ocean SUV in the near future. CATL owns a majority stake between 60-70% on five of the six battery projects, with a 49% stake in a nickel development project alongside ANTAM. These projects are strategic in their global expansion while trying to reduce production costs. However, according to CATL, project construction will begin in Indonesia this year and should be complete in 2026. That means there will be no immediate relief but it is good insurance going forward.

A more directly impactful strategy employed by the company to strengthen their role in the battery market is voyaging into battery swap technology. CATL’s subsidiary CAES has followed in NIO’s footsteps by offering the intuitive EV battery service of battery swap technology. The modular and shareable battery packs are called “Choco-SEBs.” The current price for renting a block is RMB 399 per month. These mass-produced packs can achieve a weight energy density over 160 Wh/kg and a volume energy density of 325 Wh/L. CAES has also stated that each block can provide a range of 200 km. The new EVOGO stations can store up to 48 Choco-SEBs in quite an impressively small space while the swap process for the single pack will take only one minute.

The new stations launched in China earlier this year before the economic crisis took a further dive. This method of diversification strips EV owners of the current burden of owning expensive batteries and allows them to swap instead of charge. The method has allowed NIO to become successful. Once battery prices eventually adapt, the technology might fall out of purpose. However, in these times and for the near future, with no signs of letting up, swapping might be able to preserve and promote EVs afterall. Stations were set up in Xiamen in China’s Fujian Province with dozens more planned later in the year.

Lastly, CATL won a bid worth RMB 856 for the rights to a lithium clay project located in Yichun. CATL has estimated that the deposit contains about 2.66 million tonnes of lithium metal oxide in the 960.25 million tonnes of porcelain clay minerals in the area. Explaining the significance of the move, CATL has stated that they will “speed up the exploration and development of lithium mineral resources and increase the supply of lithium in a bid to bring the prices of lithium related raw materials back to a reasonable level while ensuring the security of national strategic mineral resources, and help Yichun build a new energy industry system ranging from lithium resources, lithium-ion battery materials, EV batteries to electric vehicles so as to develop the city into a sustainable lithium-ion battery hub in Asia.” The move will strengthen their cooperation in the upstream and downstream sectors of the industry chain during a time that buyers of batteries need it most.

These moves by CATL should make investors very comfortable. These are the exact kind of decisions that will make the company well rounded, more efficient, and not only better able to withstand the current market conditions but will make the company proactively prepared for whatever else the future has to throw at the global markets. The most recent earnings per share was 2.49 and indicates that the business is quite healthy and truly earning their position as a dominant and consistent player across different markets. Gross margins were around an impressive 25.35 while the company is continuing to expand and grow. Though market conditions appear to likely worsen, there’s no saying that some other sort of black swan event could further drive a wrench into supply chains. What is certain is that China has been quite prepared and their best companies like CATL are simultaneously hanging on and continuing to look ahead with caution.

Shares for the company on the Shenzhen exchange are down from all time highs in November of 2021 as are many other global markets and indices. With prospects looking rich for the company long term, investors should buy in on this ride down. Although, again, things could get worse, it won’t last forever. It is certain however, that CATL is in no position to fall from their podium and crucial role in global business and trade. We believe that investors should be extremely cautious in these times but if there’s any company strong enough to charge through, it would be CATL.

CONTACT US
Scan QR code to contact us for professional consulting services
Next article
2021-2022 Digitalization in Finance: A New Three Dimensional View