"Crisis is called “危机” in Chinese. The second character of the word means opportunity which is the message that hits home to us. The adjustment of the public market will percolate down to the venture market, whose irrational valuation now has been pretty evident. And the market will regain its rationality. In other words, this will actually mean opportunities for long-term investors." 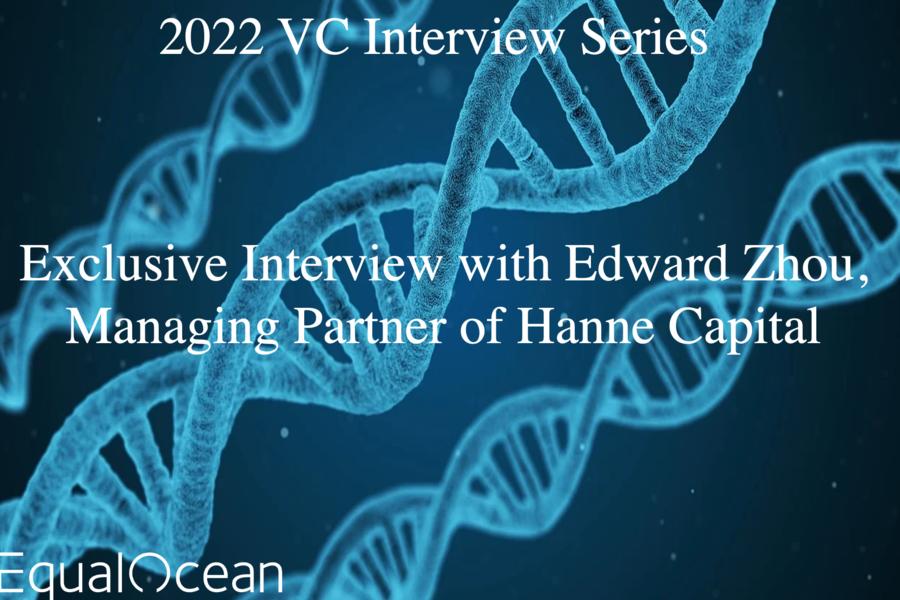 Editor's note: China's venture capital and private equity industry has undergone huge shifts over the past few years, thanks to a sea change in the global and domestic socioeconomic climate.

As Chinese businesses struggle to adapt to the new normal, marked by more stringent regulatory oversight against overseas listings, a Covid-battered economy and dwindling household consumption, and stronger headwinds as startups move up the value chain, so will their financial patrons.

How are VC/PE investors faring in these turbulent times? What are the challenges they deem the most intractable and what are their solutions? Conversely, which are the emerging areas of opportunities that can be turned into the next money-spinner with their Midas touch? More generally, how do they expect China's entrepreneurial scene to evolve in the next couple of years? And most importantly, after having their finger on the pulse of the country's innovations, are they still China bulls or have turned perhaps into China bears?

These are defining questions to which no one has the exact answer. But we at EqualOcean believe that one can at least get a glimpse into the future of Chinese economy by looking at how VC/PE investors are planning and making their moves.

With this in mind, we start a new series called "China VC Interview," in which our analysts will sit down with frontline industry practitioners to hear their opinions about China's VC/PE industry.

The following is the first in this series, conducted by our analyst Mianmian Wang after her talk with Edward Zhou, Managing Partner of Hanne Capital (Chinese: 翰颐资本). 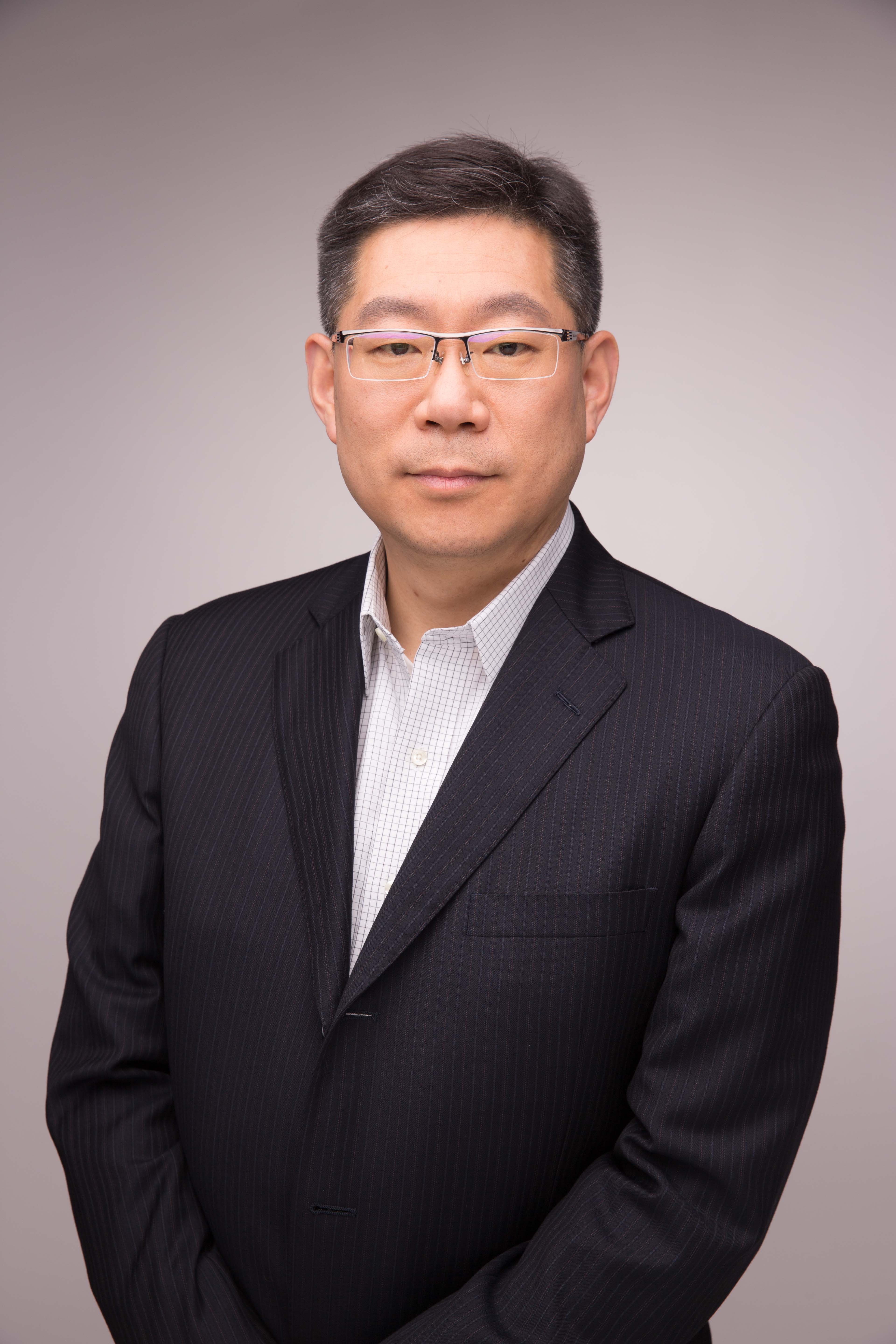 Manda: What was China’s venture capital industry like when Hanne Capital  was established?

Edward Zhou: I founded Hanne Capital which is a healthcare venture capital fund focusing on early growth opportunities in the Greater China in 2017. We started investing in 2018. Looking back then, there were quite a few interesting points to share. Firstly, in terms of the healthcare investment sector, the most popular one was novel drugs. This has to do with those successful cases of novel drug companies. For example, Chipscreen Biosciences (Chinese: 微芯生物, 688321) debuted on the STAR market in 2019 after 18 years of trials and tribulations. An earlier example would be Betta Pharmaceuticals (Chinese: 贝达药业,300558) which went public in 2016.

Apart from that, vascular and neural interventional medical devices to treat various cardiovascular and cerebral diseases were the focus of attention in the medical device investment sector. Medtech startups focusing on stroke treatment were quickly becoming very hot targets for investors.

Secondly, at that time, when investors were making investment decisions, they placed a high emphasis on the qualifications and experience of the founders and the intrinsic value of the company itself instead of which venture funds backed it previously. Later on, with the entry of more venture funds into the market, some investors seemed to pay more attention to who were the existing venture investors and whether the previous lead investors had wide recognition within the industry. Of course,  now the requirements of investors are much higher. A project has to be promising enough to land the investment.

Manda: How has China’s venture capital industry evolved since your institution was founded?

The first turning point came in 2008. Before 2008, there were only a handful novel drug companies in China, which were not a focus for investors at all. After 2008, China emphasized more on the devlopment of novel drugs, luring many experienced overseas Chinese scientists to return home to start their own businesses. BeiGene was founded during that period.

With more participation from the government and venture funds, novel drug industry has since been gaining momentum rapidly.

Another important turning point was the year 2015. In 2015, national medical products administration (NMPA) issued a series of regulatory documents which accelerated the approval for novel drugs. Meanwhile, it also sent a clear message that the government encouraged innovations to develop novel drugs to satisfy unmet medical needs.

Later on, with Hong Kong Stock Exchange introduced chapter18A listing rule in 2018 tailored for biotech startups and the STAR market opening itself to pre-revenue biotech firms in 2019, the problem of “how to exit” was further solved for investors. The whole industry ushered in another period of breakneck growth. Numerous start-up companies and venture funds also sprung up like bammboo shoots after the rain. 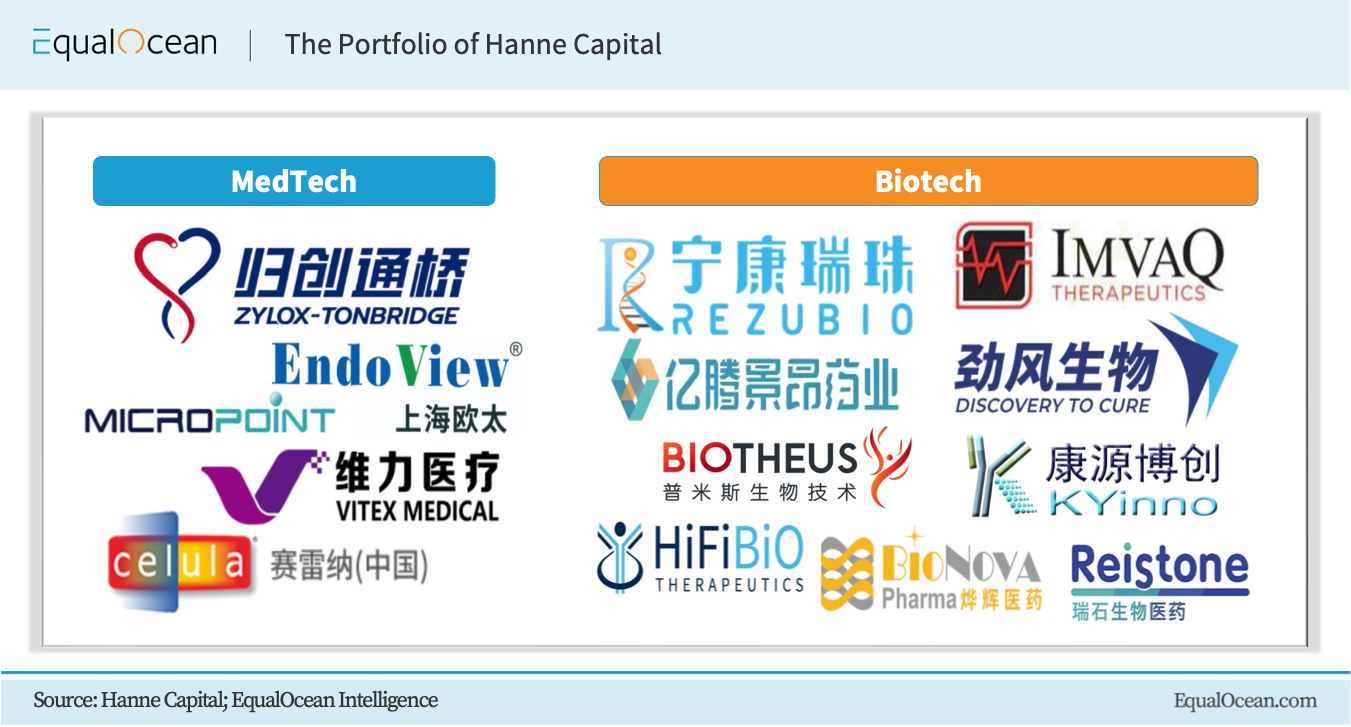 Manda: What is your investment logic behind the representative portfolio of your institution?

Edward Zhou: Hanne Capital has been in business for over four years now. The first project that we invested in and went public was Zylox-Tonbridge Medical (Chinese: 归创通桥, HK:02190) which specializes in developing peripheral and neurovascular interventional devices. It developed very rapidly and was successfully listed on the Hong Kong Stock Exchange smerely three years after our initial investment. This representative case also demonstrated the success of our investment strategy.

From our first day of operation, our key investment strategy is to meet local needs by investing in local startups who have deep understanding of the local demands. China’ s market is big enough to nurture large listed companies. Therefore, what kinds of products can best serve the local demands is something both entrepreneurs and us need to figure out very clearly from day one.

In the case of Zylox-Tonbridge, we found that the team had deep understanding of what’s needed the most for Chinese patients and doctors and were capable of designing the devices to exactly address those needs. We were also deeply impressed by the team’s execution capabilities not only in R&D and clinical operation but also in quickly ramping up sales. We believe this is the winning recipe for success in China market.

“Execution” is particularly important to a start-up. Accelerating the progress of R&D to meet the next milestone in a short period of time is the key to success.

We backed many professionals who have extensive experience overseas but do not really know much about the Chinese healthcare market. Therefore, as their investor, we have to serve as the bridge between them and local markets and needs, so as to help them know what products have real market potential.

In most cases, we need to talk to clinical doctors and do market research to find the greatest common denominator of the demand and tailor the market penetration parameters for those companies. Only when a product is built around these needs, can it quickly penetrate the market and maximize its market share.

Also, the proportion of patients in China who actively seek or receive treatment is in fact relatively low. On the one hand, it tells us how big the market opportunity is; on the other hand, it also compels us to think about the reasons why so many patients do not go for treatment. Is it because the treatment is too expensive or the efficacy is not desirable?

Through this thinking process, we will see many opportunities, based on which we can help the entrepreneurs to establish a clear R&D goal. Cheap medical products are not what the Chinese market is looking for; instead, only those that can satisfy Chinese doctors have a future.

Manda: in 2022, how does your institution view the risks and opportunities of the industry?

Edward Zhou: Year 2022 did not get off to a good start, considering the Russia-Ukraine war, the ongoing epidemic and a downward movement of the capital market, however, it makes sense. Some industries were very popular but they are proven to have bubbles in valuation. This is widely acknowledged. Thus, suitable adjustment is natural.

There have been at least two major downturns in the macroeconomic environment since I started my investment career. The bursting of the Internet bubbles in 2000 and the global financial crisis in 2008 both had great impact on the global economy. Of course, there were some small crises in the middle, such as the 2015-2016 Chinese stock market turbulence.

But the healthcare investment industry is characterized by long cycles of steady growth, the nature of which we are well aware. For example, Hanne’s funds are marked by a “7+2” cycle. It will take about nine years for one fund to be wound up.

Also, no matter what kind of economic downturn, past experiences show us that the so-called crisis will not last more than two years. Things will revert back to their long-term development trend. The social economy will still return to normal. Therefore, the macro changes are not fatal to the healthcare investment industry but of course, in the short term, going through this process is painful. Meanwhile, as an investor, we need to stay optimistic for the long run.

Another point I want to share is that as Mr. Buffett said, "Be fearful when others are greedy and greedy when others are fearful". Knowing the real value of a company will help investors make better decisions. In terms of opportunities, firstly we think the crisis or the normal adjustment is necessary. Crisis is called “危机” in Chinese. The second character of the word means opportunity which is the message that hits home to us. The adjustment of the public market will percolate down to the venture market, whose irrational valuation now has been pretty evident. And the market will regain its rationality. In other words, this will actually mean opportunities for long-term investors.

Manda: What trends do you see in the next three to five years? How will your insitution seize new opportunities?

Edward Zhou: Firstly, we see a clear trend over the next few years that only companies and venture funds with genuine expertise will survive. The downturn itself is a reshuffle of the industry.

“A rising tide would lift all boats.” However, the industry is dynamic and will not always have a rising tide. When the tide ebbs, those start-up companies or venture funds who “swim naked,” of course, will be exposed and naturally eliminated out of the industry.

For one thing, in terms of the development of medical technology, in the next three to five years, we will see more homegrown Chinese technologies reaching a world-class level, or even leading the world in some application scenarios. We come up with this idea based on our confidence in the development of the domestic industry and the quality of the local talent pool.

For another, as more advanced computer technology such as artificial intelligence is applied in the field of life science, the life science industry will witness accelerated development. Supported by these technologies, the success rate and efficiency of R&D of some projects will be significantly improved.

To capture future opportunities, Hanne capital will continue to stick to our two basic principles. The first one is a clear investment strategy that will not waver with changes to the external environment. The second is to hone and apply basic skills such as industry research skills and also maintain strong curiosity and the commitment to continuous learning.