CATL developed a third generation of its CTP technology and it is presumed to be loaded on products from Li Auto in 2023. 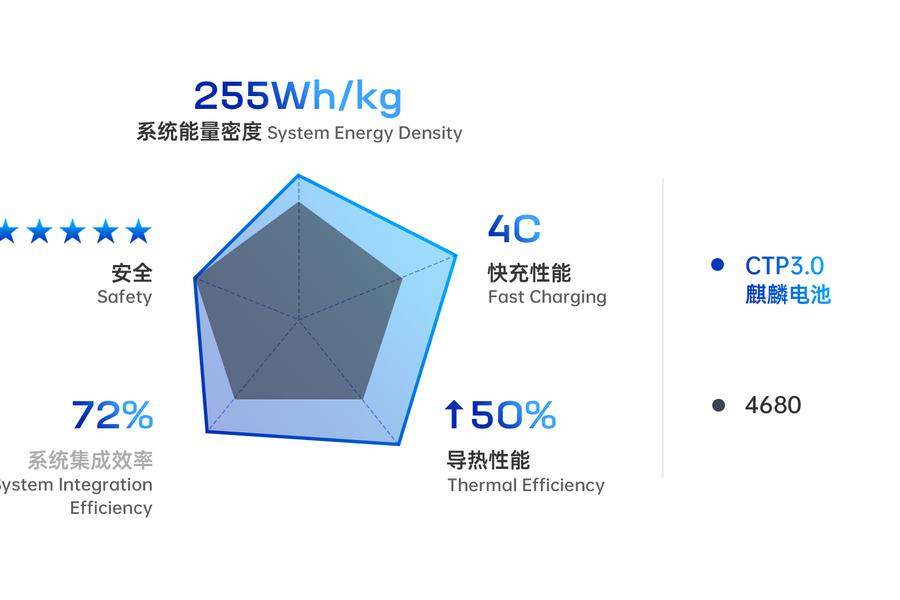 CATL launched its new battery Qilin, the third generation of its cell-to-pack (CTP) technology on June 23.

With a record-breaking volume utilization efficiency of 72% and an energy density of up to 255 Wh/kg, the Qilin battery is capable of delivering a range of over 1,000 km in a breeze. In the CTP 3.0 battery, the internal crossbeam, liquid-cooling plate and thermal pad have been integrated into a multifunctional elastic interlayer.

It also features built-in micron bridges inside the interlayer, which flexibly accommodate the changes inside the cell, improving the battery reliability throughout its full life cycle. Powered by its precise computing and AI simulation capabilities, CATL explores the boundaries of battery design involving the battery’s full life cycle application scenarios. From the material, cell to system structure, the systematic engineering mindset runs through the whole chain of research and development in CATL.

Supported by the above-mentioned technological innovations, the CTP 3.0 battery can increase the energy density to 255Wh/kg for ternary battery systems, and 160Wh/kg for LFP battery systems.

With the same chemical system and the same pack size, it can deliver 13% more power than the 4680 battery, accomplishing an all-round improvement in range, fast-charging, safety, service life, efficiency and low-temperature performance.

After CATL released The Qilin battery, Li Xiang, founder of Li Auto(Chinese:理想汽车), forwarded the relevant piece of weibo and said, "See you next year," Later CATL replied on Weibo that "Qilin battery has an ideal", which seems to be an official announcement of cooperation. It’s presumed that the Qilin battery may be loaded on products from Li Auto.

And the CTP 3.0 batteries, or Qilin, are expected to be mass produced and come on the market in 2023, while Li Auto is poised to launch at least two high-voltage pure electric models every year from 2023. So we are expecting cooperation between the two.