AstraZeneca is a British pharmaceutical company founded in 1999 that focuses on discovering, developing, and commercializing prescription medicines in oncology, rare diseases, and biological medicals for cardiovascular, renal, metabolism, respiratory and immunology diseases. 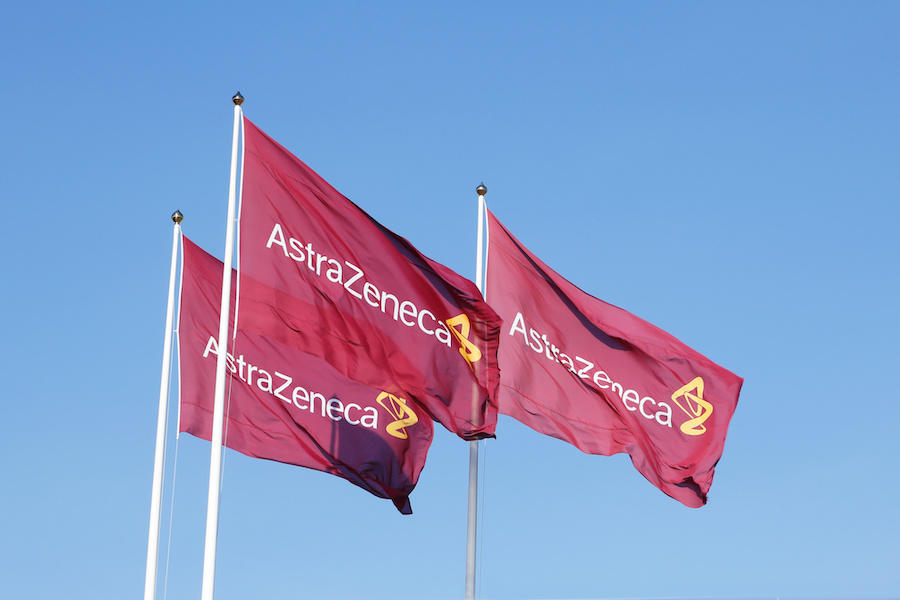 The company has established R&D centers and offices in the United States, Europe, China, and Japan, totaling 83100 employees globally by 2021. AstraZeneca is ranked 12th on Drug Discovery and Development's list of the world's 50 largest pharmaceutical companies.

We will discuss AstraZeneca's history and its challenges in this article because it has undoubtedly become one of the most successful MNCs in China.

AstraZeneca is increasing its investment

AstraZeneca successfully held the ‘Chinese Innovation Day’ event on June 30th, announcing the next step of its further investment in China. AstraZeneca's global R&D team and attendees from the Chinese Academy of Science, the National Clinical Research Center, and local innovation enterprises attended this event. AstraZeneca announced plans to launch the Translational Medicine Research Grant at the event to facilitate basic medical and translational medicine research and development. Furthermore, the company also launched the CoSolve program as part of its global innovation platform, Open Innovation, to encourage new drug innovation in China.

These initiatives are just a part of the company's strategy to increase its presence in China. Weeks before the event, AstraZeneca had just announced its plan to build a manufacturing facility in Qingdao, Shandong, to produce its Breztri aerosol inhalant COPD treatment, which was recently added to the country's National Reimbursement Drug List.

According to AstraZeneca China's official website, the company has invested USD 1.5 billion in research and development in China and generated USD 5.38 billion in revenue by 2020. AstraZeneca generated USD 37.4 billion globally in revenue during 2021, including product sales and collaboration revenue. Product sales from emerging markets, including China, accounted for 33% of total product sales, matching 33% of the US market. AstraZeneca forecasts that Chinese pharmaceutical sales will grow at a 4.5% CAGR to USD 197 billion by 2025. 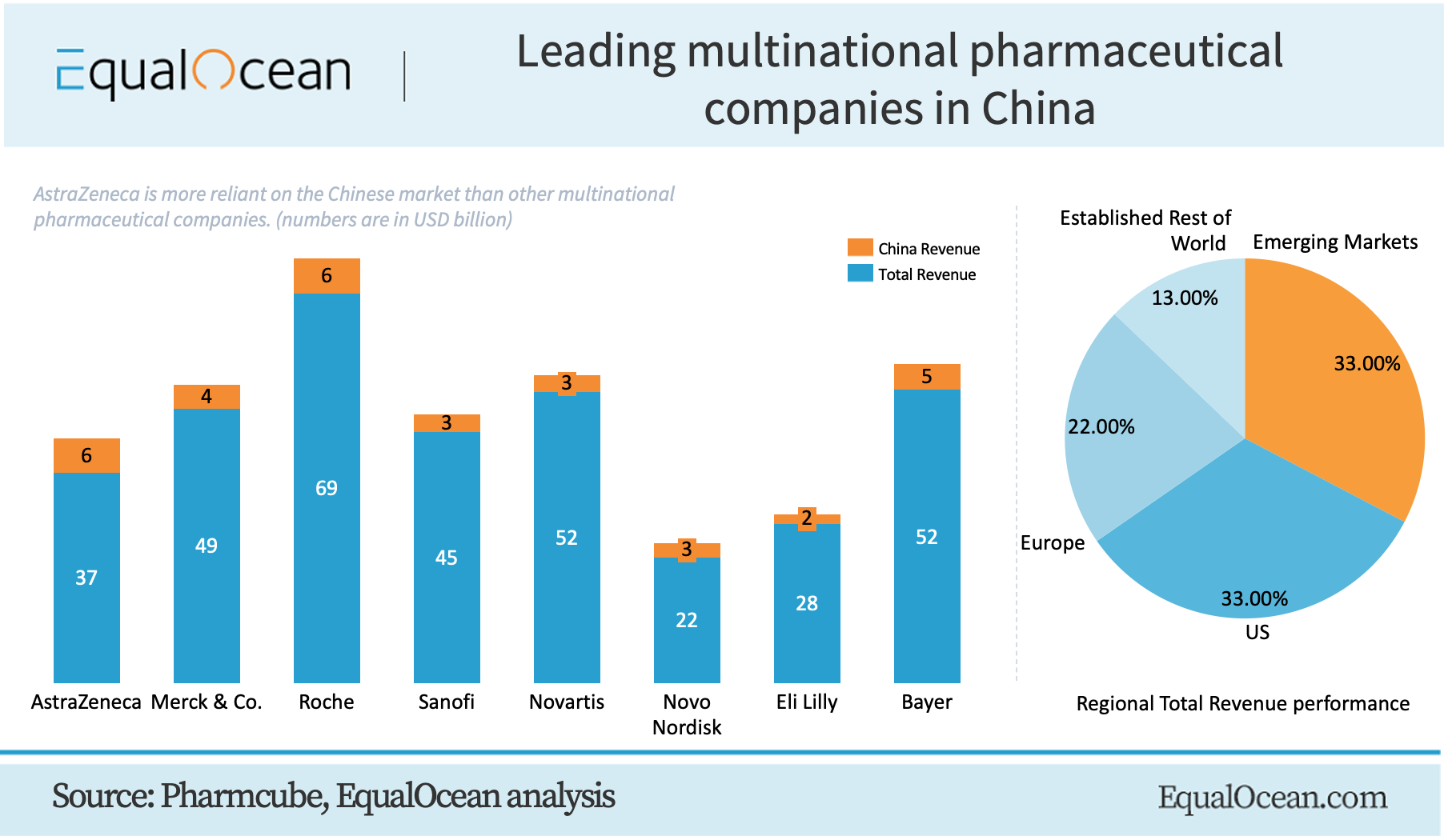 With over 1.4 billion in population, China is the world's most populous country. While the massive population has provided ample human capital, a critical driver of its economic growth, the government is also dealing with population aging and has one of the most demanding healthcare markets, creating vast opportunities for the healthcare industry.

On the other hand, in the last three decades, with rising living standards, increased awareness of the importance of health, and the opening of the Chinese market to global trade, a large number of multinational pharmaceutical companies such as Pfizer, GSK plc, Merck & Co., Novartis have entered the Chinese market to take a piece of the growing healthcare industry.

Is it worthwhile to do so?

China has become AstraZeneca's primary focus market due to its large population base and high unmet demand. According to Daxue consulting, China's pharmaceutical market is growing steadily and is expected to reach USD 162 billion by 2023, accounting for 30% of the global market. Prescription drugs account for a sizable portion of total drug sales, and in 2018, this figure was 86.4% in a $134.6 billion pharmaceutical market in China. The Chinese pharmaceutical market can be divided into three segments: generics, over-the-counter, and patented medicines, with generic drugs dominating sales (60% of industry revenue) and patent medicines performing poorly (25.3% of industry revenue).

Even though the market for patented drugs is enormous, local businesses find it challenging to seize the opportunity. According to the Chinese National Pharmaceutical Industrial Information Center (PHIIC), 68 novel drugs (including novel drugs that were first approved in China and were imported, as well as class 1.1+1.2 improved chemical drugs, class 1+5.1 new chemical drugs, and class 1 biologic drugs. The COVID-19 vaccinations are not included in this list.) were approved, bringing the total number of approved novel drugs to a historical high. However, none of the Chinese firm's approved novel drugs were ‘first in class’. Six of the 68 newly approved first-in-class drugs were developed by foreign pharmaceutical companies Biogen, GSK, Pfizer, Eusa, Antengene Corp. and Kyowa Kirin. 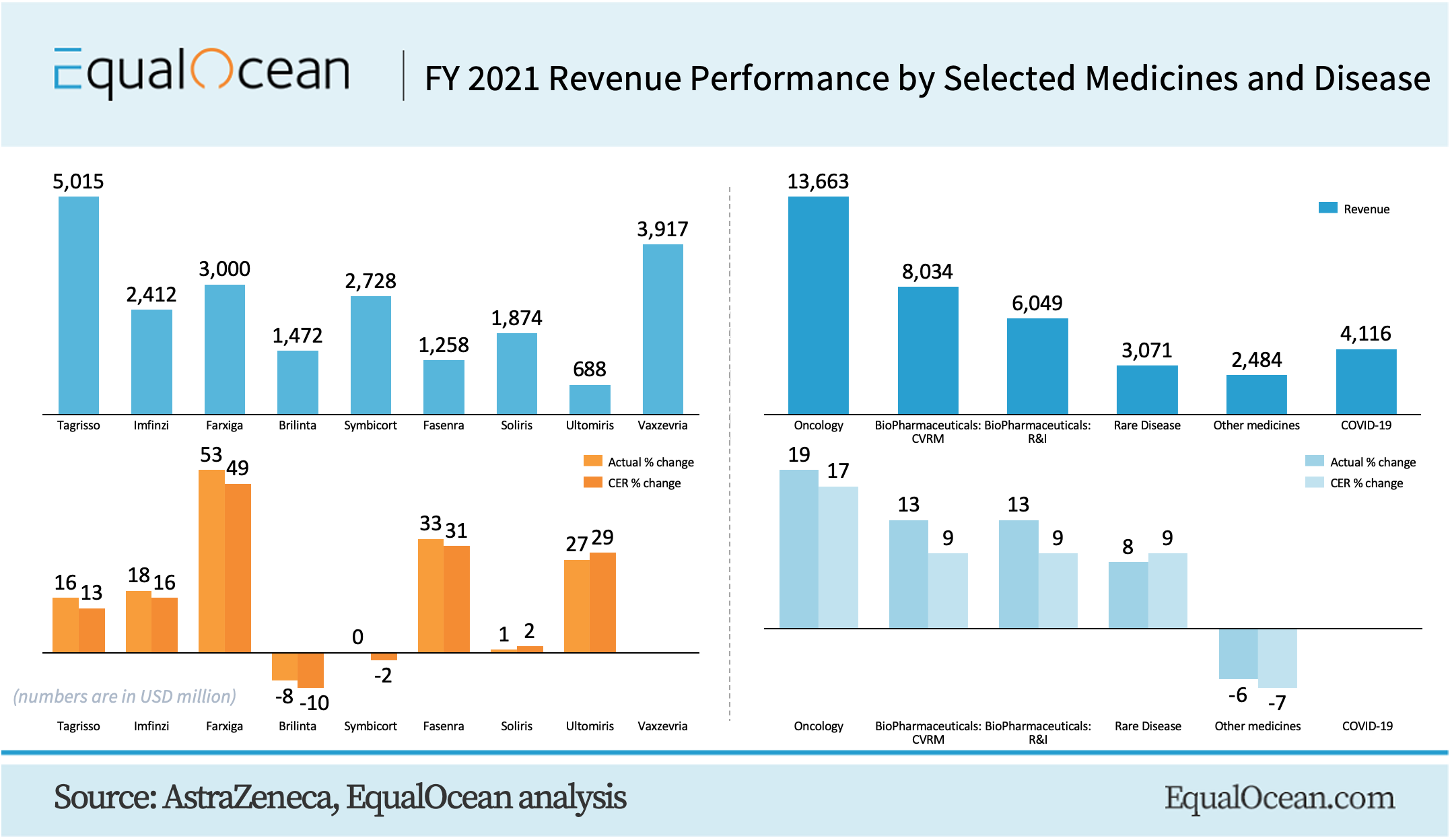 According to Deloitte's research on twelve large pharmaceutical companies, the return on developing a new drug fell to 3.7% in 2016, compared to 10.4% in 2010, and the entire development takes 15.4 years with an average R&D expenditure of USD 15.4 million.

We believe China's strategic importance will continue to grow as AstraZeneca China's factories can provide significant logistical and production support to the greater Asia-Pacific region, including South and East Asia, where AstraZeneca is also investing. According to AstraZeneca's website, its Wuxi and Taizhou factories are now supplying medicine to over 70 countries and regions.

Steps to support its business in China

From a border perspective, economic reform was one of the reasons for the influx of foreign companies in the 1990s. During the 14th National Congress in 1992, China introduced the socialist market economy as a goal of China's economic reforms. In the same year, Roche accepted the invitation of the Shanghai government and became the first Multinational Corporation (MNC) in Zhangjiang Hi-Tech Park, now known as Zhangjiang pharma Valley.

Astra entered the Chinese market in 1993 when Eli Lilly returned to China. Zeneca established its joint venture pharma consulting firm in China in 1994 and merged with Astra in 1999 to form AstraZeneca. In 2000, the company spent approximately USD 134 million to construct a manufacturing plant in Wuxi, Jiangsu, which was completed a year later. As a base for its business in China, AstraZeneca established its Innovation Centre China (ICC) in Zhangjiang Hi-Tech Park in 2007.

In 2012, AstraZeneca demonstrated its ambitions in the Chinese market by relocating its headquarters from Shanghai downtown to Zhangjiang and combining it with its regional headquarter in Singapore to form an Asia-Pacific headquarters. The Taizhou plant was completed and put into operation two years later. This project was announced in 2011 and was expected to create 1,000 jobs with an investment of USD 230 million. The company has also collaborated with local institutional investors such as China International Capital Corporation (CICC) and Hillhouse Capital to establish the Healthcare Industrial Fund and hospital in recent years. 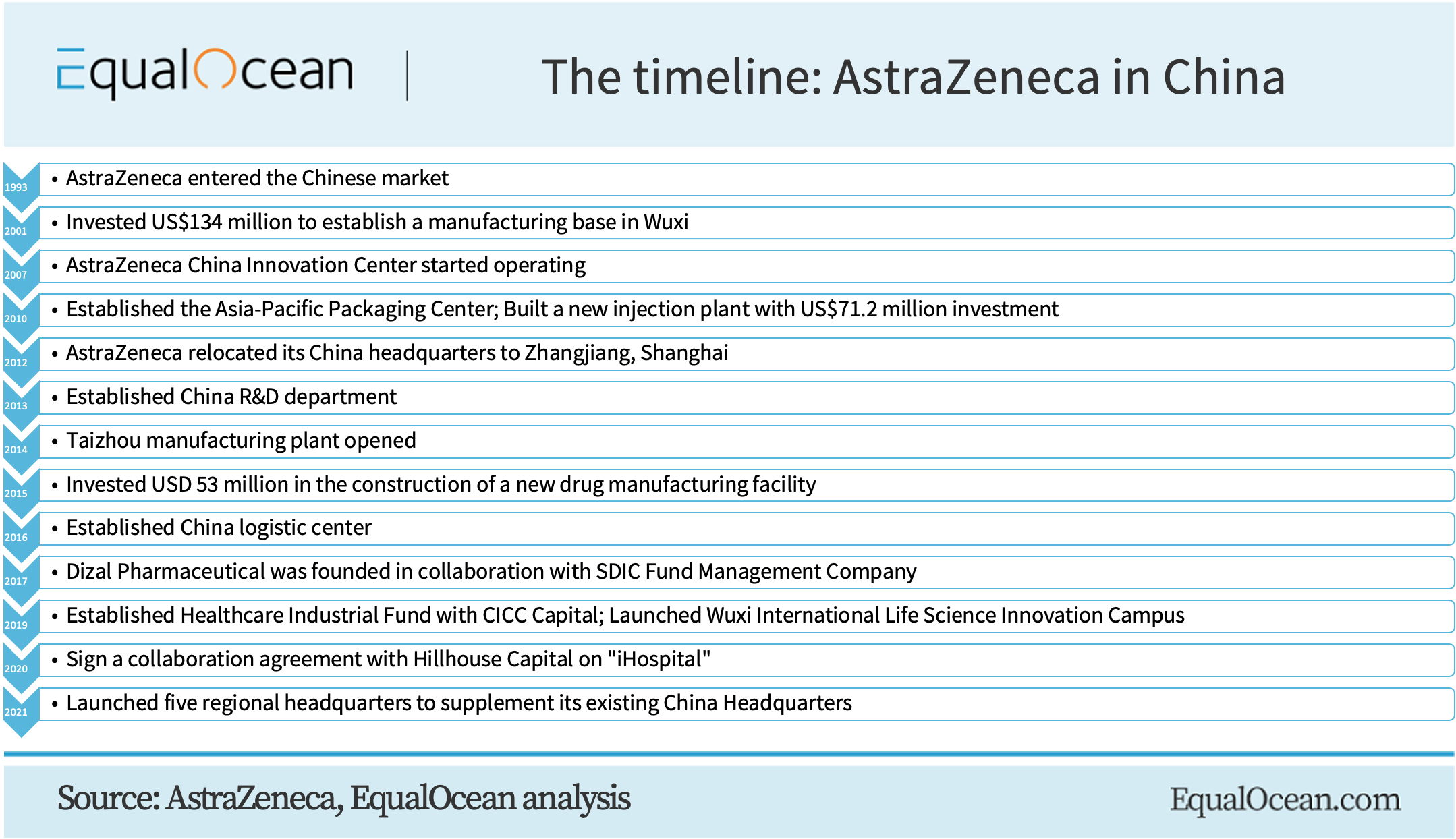 AstraZeneca has 322 new drugs approved in China, and its product revenue contributes significantly to the income of medications such as PULMICORT, Zoladex, Crestor, Betaloc, and TAGRISSO. Despite the drug segment, AstraZeneca has aggressively expanded into other niche markets, and as Lei Wang (International and China President) stated, the company aspires to be the ‘Alibaba of the pharmaceutical industry’. In the following section of the article, we'll go into more detail regarding AstraZeneca's challenges and strategy.