As the President of the US-China Business Council (USCBC) and former U.S. Deputy Assistant Secretary for China, his remarks set the stage for the remainder of our conference, reflecting on the current state of the bilateral relationship - including the economic policy landscape and key events to watch for in relevant political shifts. 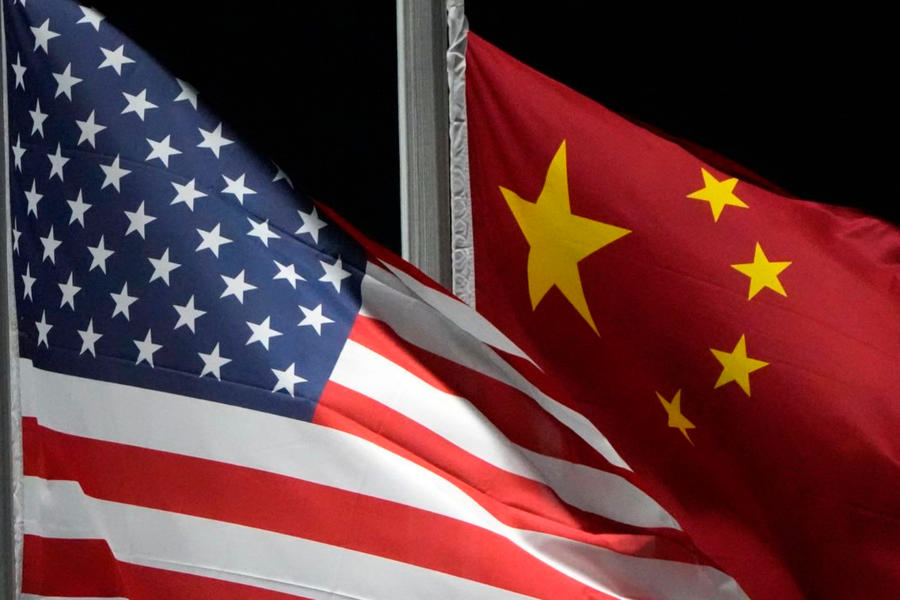 [Continued] So, as one illustration of this really fierce focus of the Chinese Government on innovation and technology, one can ponder the question of why China has not yet approved the Pfizer or the Moderna mRNA vaccines that are welcomed by every other country in the world. And I do not have an answer for that. But I think it is an interesting illustration of that dedication to domestic development of technology and innovation, albeit at quite a high cost. The United States Government also has a renewed appetite for industrial policy. I think that the passage of the chip sack yesterday (July 30, 2022) is really quite unprecedented in American legislative history. I expect that in the future, you will see much more government guidance over industrial policies in the United States in the future. That is not limited to semiconductors. And it is also not limited to the United States. You are going to see similar activities in Europe, Japan, and elsewhere, as all economic blocks want to remain not dependent on other blocks and to ensure their supply chains for technology are secure.

Concurrently, there is an unfortunate tendency for individuals in both governments that is in Washington and in Beijing, in my view, to exaggerate national security threats from the other. There is a way to pursue protectionist policies and develop domestic industries. We could call it threat inflation. The threat of inflation in both countries is a growing industry that makes it much harder for scientists, technologists, and investors to work together than it was in the past. In both countries, there are many, particularly not in the finance space where you are coming from, in both the ideological or the security space that is making the argument that technology, and even scientific collaboration, is either a zero-sum game or a negative-sum game. There are many those who believe this in both countries and are the person who makes or enforce the trade and investment rules.

So let me try and draw a conclusion. Both the United States and China are committed to an economic growth model. That really highlights the importance of innovation, technology, and continuous product enhancements. In that way, both governments are actually very similar. Both governments are aware that, unlike the past of the 1950s and 1960s, the major technological development will come from the civilian side and not from military research or space research as in the past. In other words, it is going to be civilian research that leads on AI, biotech, or semiconductors, and civilian companies and efforts that lead on bio.

At the same time, in a contradictory manner, both governments are trying to reduce dependencies and increase self-sufficiency while trying to bring other governments, the third governments such as in Europe or Asia, over to their own side. Those other governments are hedging or bandwagoning at the same time. Both governments - Washington and Beijing - are trying to secure the supply chain in strategic industries. I suspect that this project will continue for quite a while. Maybe after the Twentieth Party Congress and after the Midterm Election, there might be some decrease in tension. But I think that is more of a hope than a plan.

So, as a general principle, I think probably we could all agree that science - global science - should remain as open, collaborative, and global as possible and publish and compete with the best ideas around the world. We hope that science, as much as possible, could sit outside of national rivalries.

I think that, as a general principle, we could also agree that science is different from technology. Technology, unlike science, is corporate and governed by national law, international convention, and intellectual property rights owned by individuals or companies. In other words, science is public. Technology is private. Unfortunately, international law, under the WTO, is weak. Therefore, a preference for national laws will continue to contribute to the international technology rivalry between the United States and China for the foreseeable future.

I think that as a general principle also, we should categorize data. Data wants to be free, right? However, in both countries, we are seeing a rapid succession of complex new laws and definitions that are sometimes contradictory. They are making it more difficult to share data across borders. Perhaps data is even a more contentious and politicized issue than technology. Therefore, everyone in your room, interested in the theme of this conference, is facing a complex legal environment that is only becoming more complex over time. You, of course, need to comply with the law in both countries. You, of course, need to avoid conflicts of law, whereby you are following the law of one country but breaking the law of another. That is becoming harder and harder, especially in the technology and data sectors.

It is a fact that globalization is changing. The world economy is rapidly becoming more regionalized. I am not sure if that is a good trend or a bad trend. This trend will continue until we can conceal around a new economic architecture, perhaps within the framework of something like the Comprehensive and Progressive Agreement for Trans-Pacific Partnership (CPTPP). It is not an outrageous suggestion. CPTPP is largely based on United States domestic law. We implemented 95% of the agreement when we renegotiated and ratified the free trade agreement between the United States, Canada, and Mexico. Therefore, it is an absolute part of the American legal DNA. At the same time, China has applied to join the CPTPP. And thus, China formally expressed a plan to integrate into the global economy in a manner that is much less threatening to its neighbors and trading partners. It will be interesting to see if China actually adjusts its legal and regulatory structures to be compliant with the CPTPP. If so, it would be a very good sign, both for China’s domestic growth and also for China’s relationship with its neighbors and its place in the global economy. In my opinion, CPTPP has superb guidelines on many of the technology-related issues that we are all struggling with. I think that it would be in everyone’s interest for China actually to make the domestic changes necessary to join the CPTPP. Cross-border data flows would be another important example that I should mention. Maybe the CPTPP offers the United States and China already structure to commence negotiations. But that would only be possible if we get beyond the nationalism, ideology, and mistrust that currently pervades the relationship.

Over the shorter term, I am not particularly optimistic about the relationship between the United States and China. But I am terribly optimistic about the power of innovation and technology to address society’s perceived needs and solve difficult problems. In the past, the United States and China's technology cooperation has produced a cornucopia of goods for both sides. The systems and institutions that got us here are highly stressed and are no longer fit for use. In short, we need new rules on the road for technology cooperation. We need new rules for the road to technology competition. Importantly, we need new ways to enforce those rules. In the future, I am hopeful that we could get to a place where intimate cooperation between the United States and China on science and technology to address the rules of the global commons, cure cancers, and solve climate change. It is blessed by both governments. It serves as an effective way to get us through a difficult time. I know that it can be done. I know that it must be done. But we have a lot of work to do. We are going to have to pass through some dangerous waters before we get there. But I hope that the WIM 2022 conference is a bold step in that direction.

Audience 1: To what extent do you think the present domestic policies are compatible with CPTPP? And what kind of shifts do you think would be necessary for them to fall into accordance? And following that, what do you think is the reasonable probability of such domesticated changes being made in a timely fashion? The question is for China’s side, but it is welcomed by both sides.

Craig: Let me address China. The Ministry of Commerce has said that future trade laws will be compatible with CPTPP. However, we should note that the Ministry of Commerce is not the most powerful ministry in China. When you ask other ministries whether your regulations will be compatible with CPTPP, the answer is, "That is a thing of the Ministry of Commerce. It does not apply to us”. And that is not true. Because if there is going to be an entry into the CPTPP, it goes beyond the trade laws. It goes into domestic regulatory structures. So I think that the journey will be quite long. It is not a one- or two-year project. It is a bare minimum of a four- or five-year project. But certainly, the President of China committed to it. I think it would be possible. It would actually benefit China enormously and produce a lot of economic growth if they have the political will to do that.

The United States is actually in an interesting and similar spot. Currently, CPTPP cannot pass through the Senate. It is not possible in a regulatory framework. However, the American public generally likes free trade and imports. However, there is no space on the Congressional Agenda today. That might change after the election. In a way of looking at this from a systemic perspective, I think that the United States and China face some similar challenges in joining CPTPP. We would all be better off if those issues were successfully addressed. But I think that that will not be easy.

CONTACT US
Scan QR code to contact us for professional consulting services
Next article
WIM 2022: Transcript of Opening Keynote: The State of U.S-China Relations Today [1/2]