China is undoubtedly the largest source of income for multinational pharmaceutical enterprises, and it is also the market they attach the most importance to. This article mainly analyzes the annual report of GSK to study its development in China and the challenges it faces. 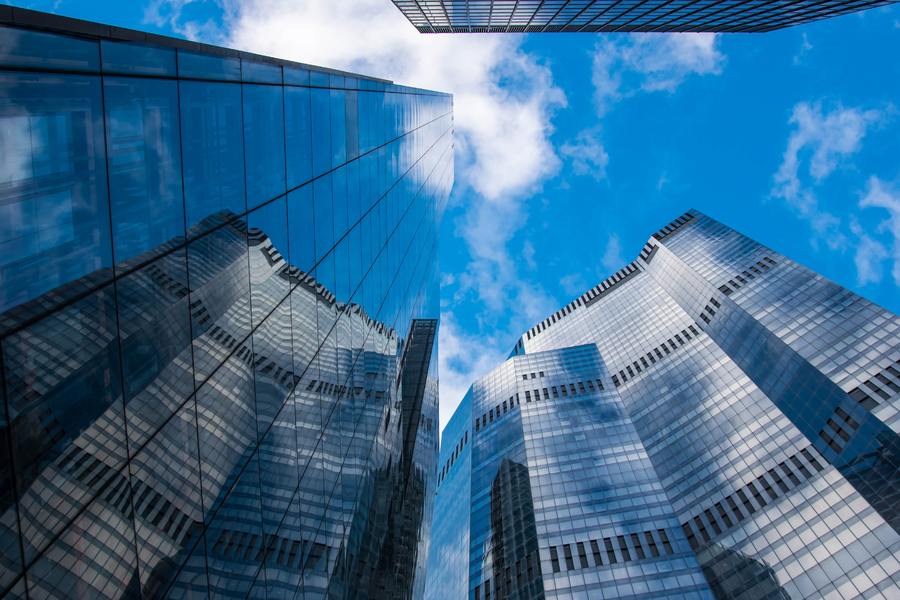 The pharmaceutical baron, GlaxoSmithKline plc, known as GSK, was formed in 2000 after the merger of Glaxo Wellcome and SmithKline Beecham. At that time, GSK already had three subsidiary companies and five manufacturing sites in China.

In 2007, the Group set up an R&D center in Shanghai, focusing on research into neurodegeneration. However, CFDA's protection policy for local pharmaceutical enterprises at that time makes it difficult for MNCs to obtain market entrance approval.

As the most populous developing country in the world, China has become one of the world's biggest and fastest-growing drug markets. In 2012, its China Pharmaceuticals and Vaccines turnover surged to GBP 759 million by 17%.

GSK grabbed the world headlines in June 2013 when the police visited its Chinese offices for bribery allegations. One month later, the Chinese authority confirmed an ongoing investigation into alleged economic crimes by GSK China. In the same year, the Group's Pharmaceuticals and Vaccines sales slumped by 18% and its total wellness sales, part of the Consumer Healthcare business, tumbled by 40%.

Its Chinese affiliate was eventually found guilty of bribing doctors to prescribe its medicines, for which it was fined GBP 301 million in 2014. In that year's annual report, GSK said that its Pharmaceuticals and Vaccines sales in China fell 1% due to the effects of the government investigation. Its global turnover also saw a nosedive from GBP 26.5 billion in 2013 to GBP 23 billion in 2014.

Following the scandal, the Group claimed it would adopt a new way of rewarding medical representatives, strengthen expense monitoring and compliance efforts and hire external investigators to review its Chinese operations.

In the aftermath of the scandal, GSK was struggling with a tarnished reputation and its pharmaceuticals turnover in China was down 18% in 2015 mainly due to, it said, "increased pricing pressures and the ongoing reshaping of the business." In the same year, they removed the R&D center in Shanghai.

It seems that they did not take this step wisely. The CFDA changed the review policy and announced data verification on July 22, 2015, which marked an opening up – the overseas innovative drugs could now compete with the local ones on the same platform.

In 2016, GSK had a mixed result concerning its sales in China. Its pharmaceutical sales in the country declined by 12%, while its sales in the sector of Consumer Healthcare delivered a strong growth performance.

The reason behind this is that digitalization and e-commerce swept China. GSK went with the tide by distributing its products through an e-commerce platform and developing a patient support app. In 2016, its products like Sensodyne and Voltaren benefited particularly from e-commerce and retail distribution expansion. GSK also created an app where patients could order medication directly through Alibaba, China's online retail giant.

This year, two products of GSK have been approved by NMPA. One is Cervarix, a two-dose vaccine for girls aged between 9 to 14 years to prevent cervical cancer caused by HPV types 16 and 18. Another is Benlysta, a drug treating adult patients with active lupus nephritis.

Even though the turnover of GSK continues to increase these years, its profit performance has been poor. In order to solve this problem, GSK has chosen to split its consumer healthcare business to generate more cash. 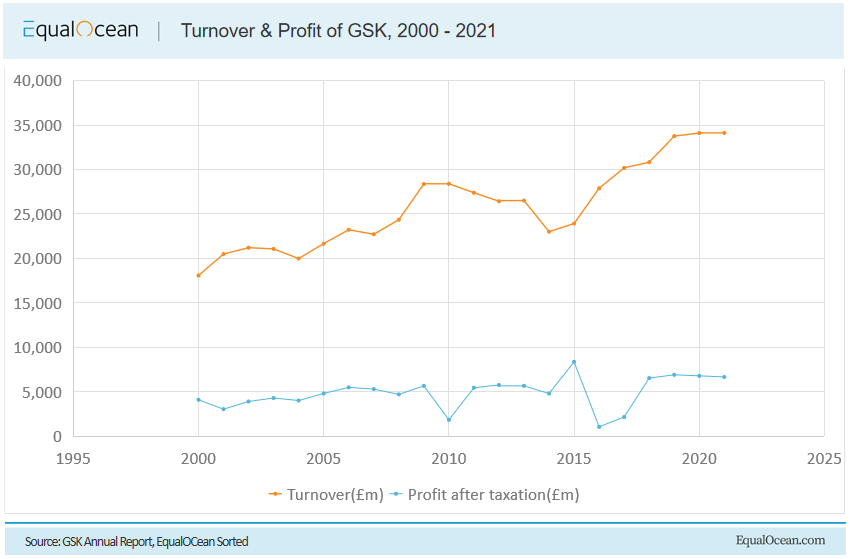 A Spin-off of consumer healthcare business

In 2020, GSK announced a two-year split plan, and a week ago, on July 18, 2022, it announced the official split of its consumer health business. After the spin-off, Haleon was listed on the London Stock Exchange.

It is worth noting that GSK and Pfizer jointly established the split company in the consumer business in August 2019. Less than half a year after its establishment, GSK announced the divestiture of the joint venture. From a commercial perspective, the re-listing of the stripped Haleon can broaden financing channels, obtain cash flow, and improve the company's operational efficiency, so that GSK focuses on vaccines and specialty medicines while Haleon focuses on consumer business.

However, the reality is not as optimistic as expected. According to GSK's 2021 annual report, its turnover in 2021 was GBP 34.1 billion (USD 40.71 billion), the same as that in 2020, of which the pharmaceutical business was GBP 17.7 billion, an increase of 4%. The vaccine business was GBP 6.8 billion, continued negative growth, and the consumer healthcare business was GBP 9.6 billion, a decrease of 4%. In other words, GSK spun off a business accounting for nearly 36% of its turnover to relieve the pressure on cash flow, use the cash obtained to carry out research and development, expand existing pipelines, or seek new growth points through mergers and acquisitions.

GSK consumer healthcare possesses many familiar brands in oral health, pain relief, respiratory and nutrition/gastro-intestinal. However, the business was still split, and it had to be suspected that the move was to weaken the power of the current CEO, Dame Emma Walmsley. As a woman from a non-pharmaceutical background, Emma, who joined GSK's European consumer healthcare team in 2010, faces more pressure than this.

Vaccines – A major focus for the so-called ‘new GSK’

Qi Xin, vice president of GSK and general manager of China prescription drugs and vaccines, once said that GSK pays great attention to vaccines because prevention is better than treatment. Vaccines are of great help to the health of China's 1.4 billion people. However, when COVID-19 came, GSK did not give a satisfactory result on vaccine research and development but provided adjuvants to enhance immune response and production capacity. Although it is currently working with Sanofi, CureVac and other companies to develop vaccines, it is ultimately a late-moving enterprise compared with Pfizer. Pfizer has returned to the first place, but GSK's revenue growth has not improved.

In addition to the missed COVID-19 opportunity, the development of its 'crown jewel' Shingrix has also been bumpy.

The Centers for Disease Control (CDC) has advised people not to vaccinate another vaccine within two weeks after Covid-19 vaccination, which has seriously affected the sales of vaccines in the United States. The 2021 annual report showed that Shingrix decreased 13% to GBP 1,721 million. The UK is also regarded as a critical market by the company. But its sales strategy has been criticized by some critics for going too far.

The same situation also occurs in China, which is another cornerstone of the growth strategy of GSK's shingles vaccine. However, its approach of using online influencers to publicize attracted criticism from netizens, making it a hot topic on Weibo for the wrong reasons. Although the aging problem in China seems to be a huge market, as a class II vaccine (self-paid, not covered by national health insurance), the price of up to CNY 3200 (USD 437) also makes most people take more of a wait-and-see attitude. A staff member of a community service center said, "Last month, we reported ten shingles vaccines with CDC, the same with last few months. There were many consultations, but the price persuaded most of them to retreat." Search the major e-commerce platforms in China. The store with the highest monthly sales in Alibaba sold only 38 shots, and the total sales volume of JD was 200 shots plus up to July 2022. GSK still needs more time to recover from public sentiment. However, there is not much time left for him. The application for NMPA approval of the shingles vaccine of BCHT (Chinese: 百克生物) was accepted in April 2022. 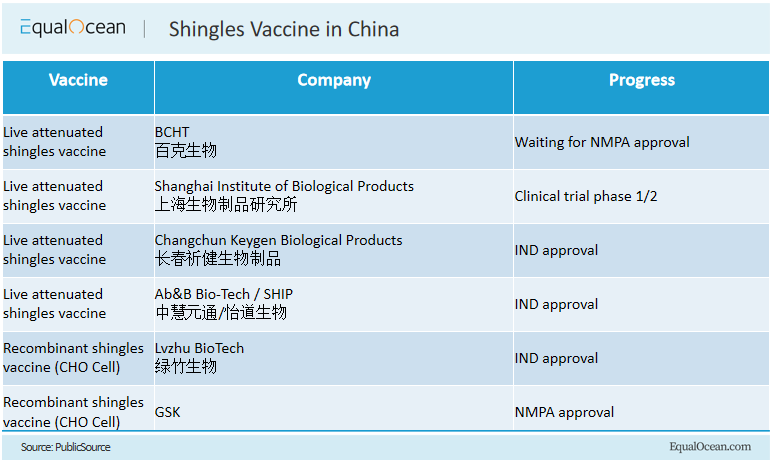 Although GSK underperforms in covid-19 vaccine and Shingrix, it still has a respiratory syncytial virus (RSV) vaccine under development. Its meningitis sales decreased 7% globally. In order to realize its double revenue ambitions, the enterprise is communicating with NMPA, hoping to introduce meningitis vaccines into China in appropriate ways.

Vaccines are expected to be one of the most significant growth drivers for GSK, with high single-digit percentage sales growth (CAGR) anticipated over the 2021-2026 period. GSK aims to double the revenues of Shingrix in those five years and to double both meningitis and flu vaccine sales in the next decade. According to the answer paper handed in in 2021, the prospect is not optimistic.

GSK seems to have not been blessed by fortune along the way. We expected GSK could fulfill commitments to shareholders and realize a GBP 10 billion growth in the next ten years.

CONTACT US
Scan QR code to contact us for professional consulting services
Next article
Envisioning the Future Mobility in China: the Status and Prospect of ICVs