In the near future, technological breakthroughs, coupled with the demographic challenges of China’s aging population will inevitably spur a slew of business opportunities in the service robot industry. Service robots, both for commercial use and domestic use, are clearly on the rise, yet still facing persistent barriers to scale-up. 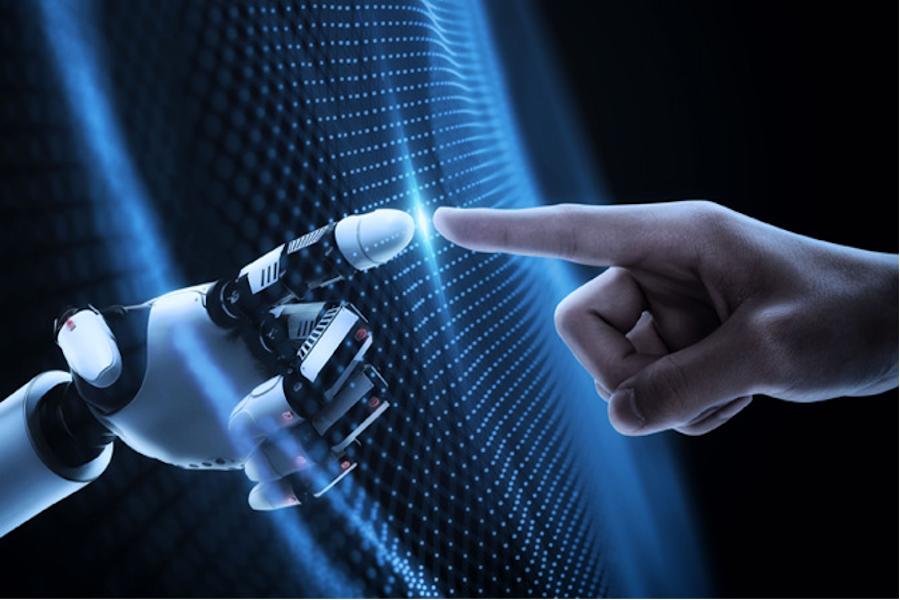 “Please wear a mask and get your health code ready before entering the mall,” a security inspection robot reminds you while making its rounds outdoors. Inside the mall, a cleaning robot is sweeping and disinfecting the floor without disturbing customers around. After the purchase of coffee brewed by another robot, you are free to idle away the day at home, no more worry about tiring household chores which have also been done by robots.

The scenario depicted above might sound futuristic, but now people are increasingly confident that it is becoming the new reality as the development of service robots is speeding up. By definition, a service robot is a robot that operates semi- or fully autonomously to perform services useful to the well-being of humans and equipment, excluding manufacturing operations, according to the International Federation of Robotics (IFR). Judging from applications, there are mainly two types of service robots, personal/domestic service robots and professional service robots. Within each category, a large variety of subgroups can be found. 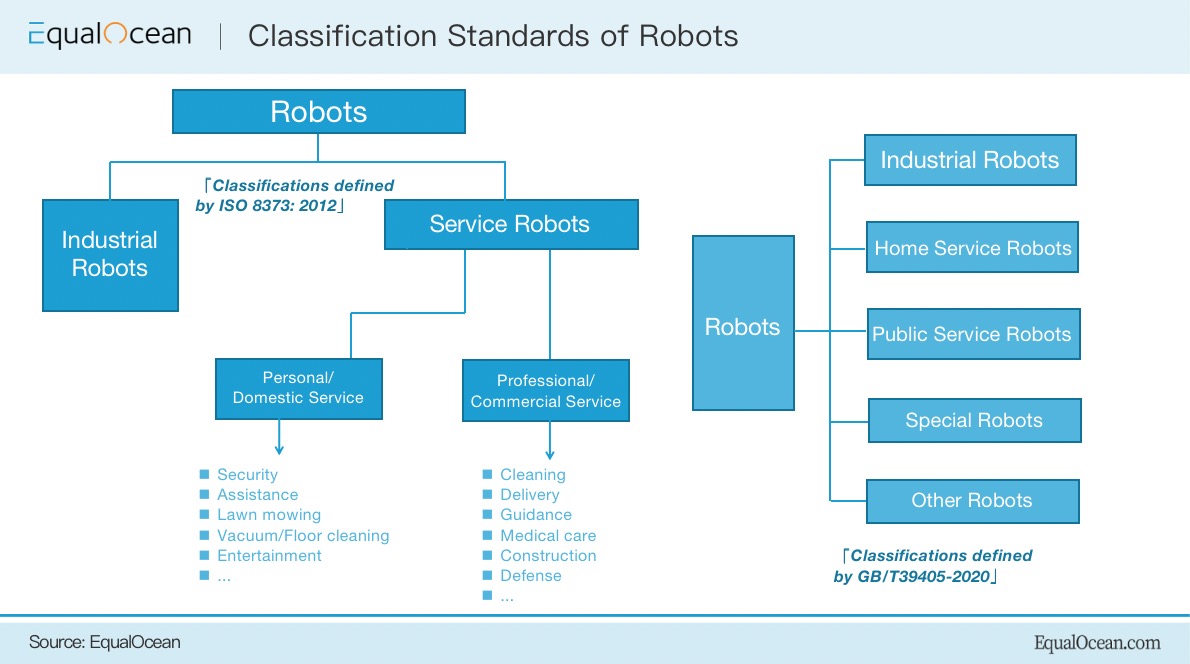 In recent years, China has rolled out a range of policies to support the development of domestic service robots. Major service robot manufacturers have doubled down on their business layouts of the technology chain, accelerating breakthroughs in core technologies such as SLAM, AI chips, machine vision and voice recognition. Concurrent with their enhanced efforts, the performance and intelligence of service robot products have been significantly improved. At this year’s CES, state-of-the-art robots from China showcased the leading position that Chinese players are enjoying in the industry. Nowadays a large variety of service robots are widely used in Chinese families, business, medical and education fields.

Through the lens of financing, it’s obvious that service robots have become the topical apple of investors’ eyes. In 2021, over 80 financing events happened within the industry. In H1 2022, service robot companies completed 42 events, topping the segments within the robotics industry. According to statistics revealed by IFR, China’s service robot market has achieved continuous growth from 2018-2021. The market size was valued at more than CNY 30.26 billion in 2021, with a year-on-year increase of 36.18%. It’s safe to say the industry has entered the rapid growth phase. 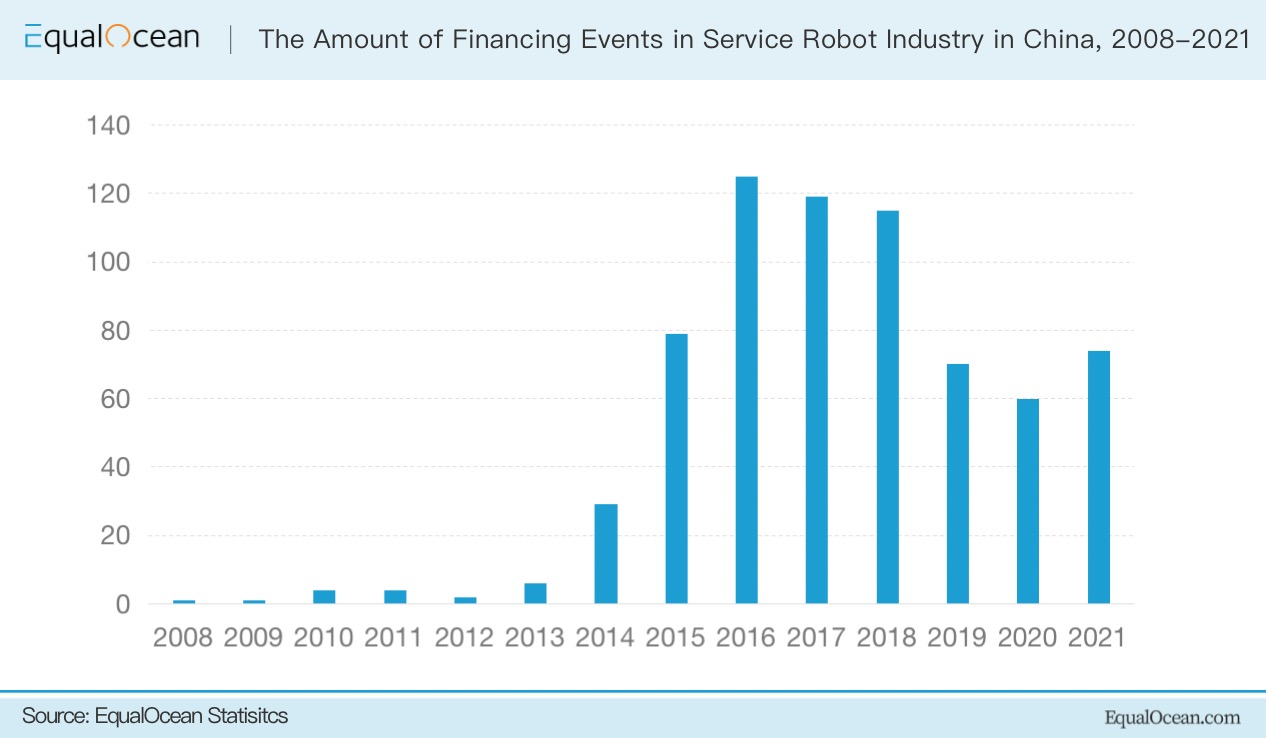 The robust growth expectation is mainly upheld by the inevitable labor gap to come caused by China’s severe demographic aging and the unexpected bonus brought by the far-reaching pandemic. China’s 2020 census revealed the population has barely grown in the last 10 years. The fertility rate is now 1.3 children per mother, well below the 2.1 rate needed to replace workers aging out of the workforce. China's population aged 60 or over is expected to reach nearly 500 million by the middle of the century, roughly 38% of the total population. As a result, businesses, especially those operating in labor-intensive sectors, such as cleaning, are already feeling the strain of labor shortages and are turning to service robots as a way out. 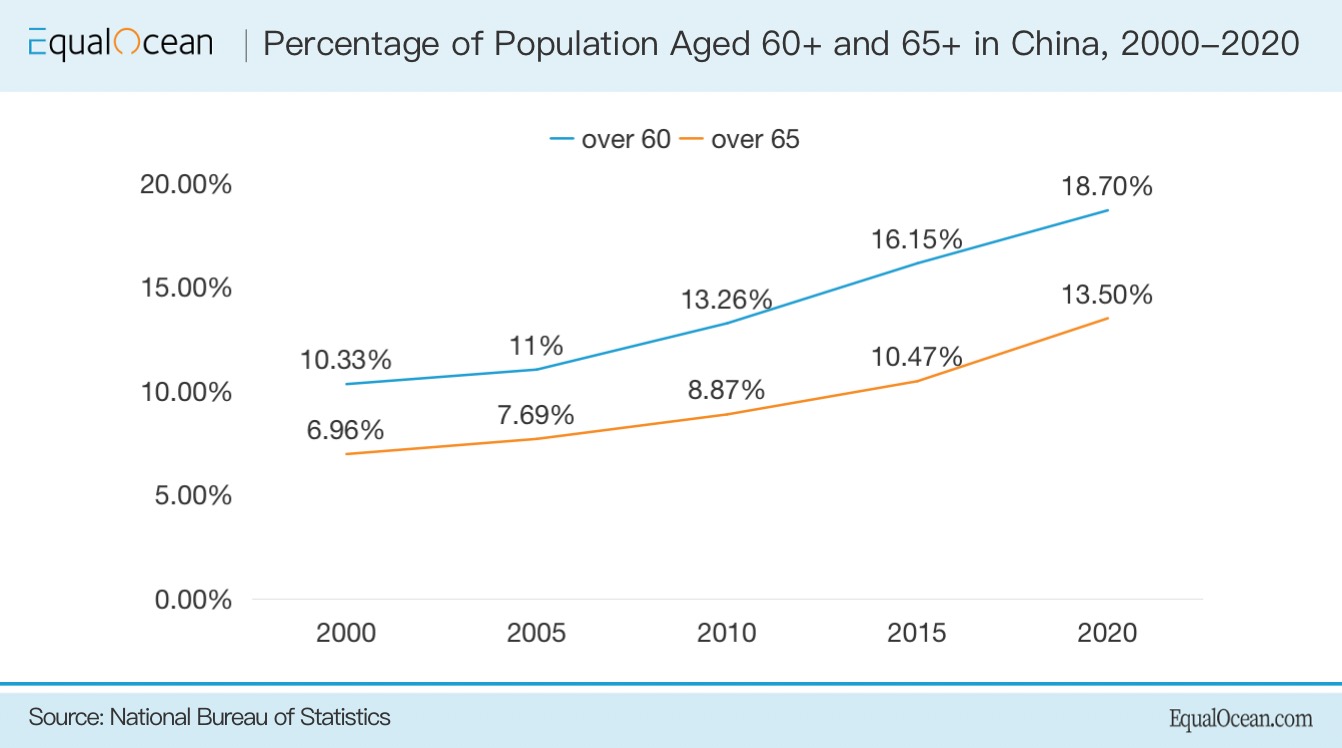 The pandemic’s sudden push for contactless service is also a factor that cannot be missed while talking about the burgeoning commercial service robotics. Take commercial cleaning robots as an example. Market demand grew 92% in 2020 after the virus breakout and 34,000 units were sold, with an expectation of an average growth rate of double digits per year from 2021 to 2024. The market size of commercial cleaning robots reached CNY 5.81 billion in 2020 during the pandemic, with a growth rate of 120%, and registered a high growth rate of 175% by 2021. EqualOcean forecasts that by 2025, the market will be valued at CNY 74.91 billion.

MaxRock. Robot (Chinese:麦岩智能), an upstart in the cleaning segment, closed its Angel round and Series Pre-A with around CNY 100 million in February 2022. Established in June 2021, the company dedicates to the development of high-end intelligent service robots, with exquisite commercial cleaning robots as its current focus. It has launched flagship products Aurora No.1 and Aurora No.1 Pro, featuring high efficiency, elegance, and safety. Yuhao Li, CEO& Founder of MaxRock. Robot, shared with EqualOcean his insights into the industry during an exclusive interview.

In recent years, a worrying question keeps reoccurring: “Will robots make human employees obsolete?” But the reality might be different from what you think. As Yuhao Li mentioned, nowadays recruiting difficulties and high labor costs are the two major headaches for cleaning businesses, which spurt undeviating demand for competent cleaning robots to alleviate their operating pressure. Now the cleaning robot sector has seen some signs of maturity in the external environment: rigid cleaning demand, technological feasibility and a large pool of cost-sensitive enterprise customers with a high willingness to pay.

Based on the state of the art, cleaning robots are now able to handle 60%-80% of the workload shouldered by human workers, yet the left part remains impregnable for robots no matter how much investment is made. According to EqualOcean’s research, the upper limit of robots’ cost-saving benefits is around CNY 37-63 thousand every month. Li suggested the ideal doable plan for cleaning companies is the ‘1+1’ strategy, which is to deploy as many robots as human workers in their staff teams. But now the common practice within the industry is like 1 robot plus 29 workers or 2 robots plus 28 workers if in a team of 30.

Cleaning is a market that shows enormous potential as there are nearly 30 billion m2 of property management area to clean and at least 10 million cleaning workers with an average age of 55 years old to help in China. Li told EqualOcean that now the market penetration rate of commercial cleaning robots is less than 1‰. Suppose the robot replace rate is 10%-15%, then commercial cleaning is going to be a market valued at hundreds of billions.

Domestic service robots: affordability will be the key to market success

Prompted by the continuous growth of per capita disposable income, the prevalence of the ‘lazy economy’, and the shift of consumer preferences, consumers are stepping out of the wait-and-see attitude toward robot products and are more willing to pay for home robots.

Currently, a variety of players have swarmed into this segment, involving different types of competitors such as professional robot brands like ECOVACS (Chinese: 科沃斯), traditional home appliance companies like Midea (Chinese: 美的), and Internet giants like Xiaomi (Chinese:小米).

There is no doubt that domestic service robots, represented by household cleaning robots, have entered the fast lane of development. And the competition in the field is heating up, extending from the battles of technologies, functions, and prices to the multi-dimensional contests of products, strategies, channels, brands and services. 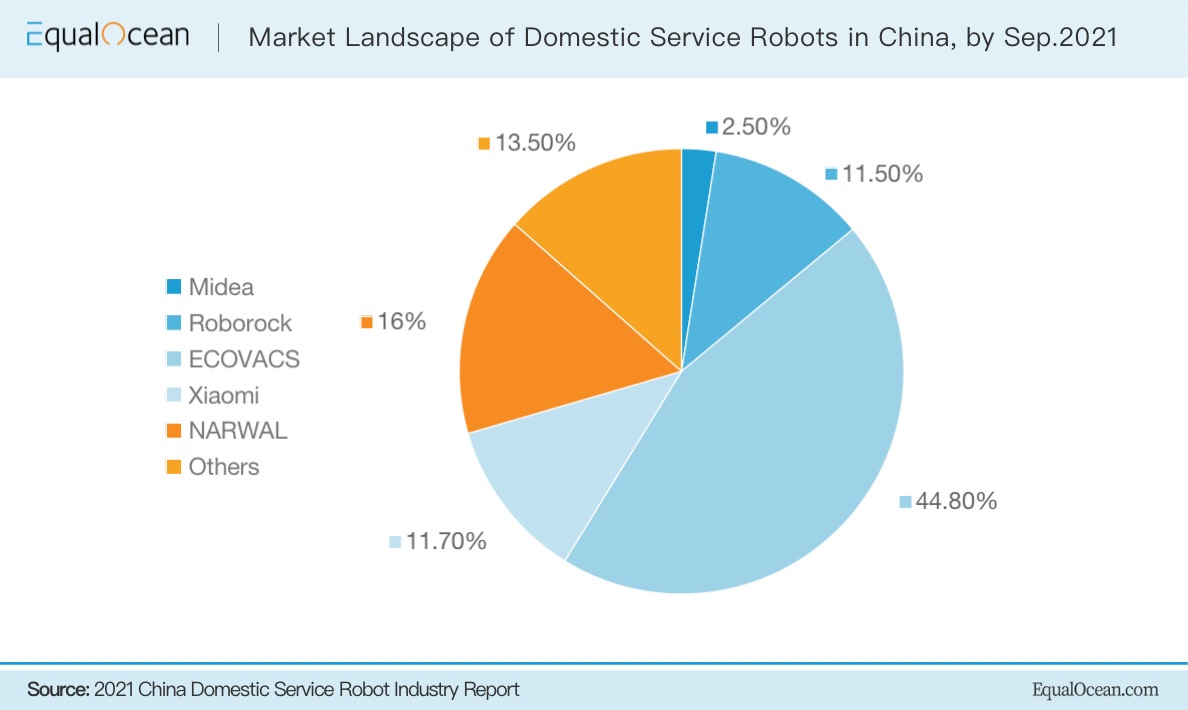 Established in 2021, ZBeetle Intelligence(Chinese: 甲壳虫智能) is an ambitious newcomer that hopes to deliver intelligent home solutions with household cleaning robots as its first piece of the puzzle. Within one year, the company successfully pocketed over CNY 100 million in two financing rounds. It has rolled out the innovative household cleaning robot XWOW R1 by the end of 2021, a breakthrough product combining the features of common sweepers and handheld floor scrubbers. Quan Zheng, CEO and Founder of ZBeetle Intelligence, shared with EqualOcean his observations on the household cleaning market during the exclusive interview.

As Quan Zheng mentioned, household cleaning robots are sure to be the next ‘washing machine’ embraced by every family and its market penetration rate can reach as high as 80-90% in the future. It can be interpreted as a market valued at tens or even hundreds of billions.

But now, no more than 5% of urban families in China have deployed cleaning robots due to various reasons. First, current products are more like transitional versions, which haven’t reached the sweet spot between cleaning effects and convenience to use. The market is still waiting for a blockbuster product that can solve the dilemma. XWOW R2, launched by ZBeetle Intelligence recently, is a step closer, which integrates 6 cleaning procedures in one robot. Second, domestic service robots are still in general at the embryo stage, so cleaning robots are far from universal popularity. Third and most importantly, there are no stable and durable product lines for all classes of users. Now, household cleaning robots with mopping functions cost over CNY 3,500 on average, obviously out of many customers’ budgets. Just like what Zheng pointed out, high performance and affordability will be the key to unlocking customers’ passion and making profits from the valuable household cleaning market.

The Future of Service Robots: Where to Go?

As 5G, artificial intelligence, cloud computing and other “new infrastructure” technologies kicked into high gear, service robots are on the way toward more sensitive perception, more refined operation and control, and more intelligent human-robot interaction. Moreover, supporting policies, such as “Made in China 2025” and the “dual circulation strategy,” will keep steering investment into infrastructure technologies, such as automation, AI, and IoT, which is sure to be a great boost to the industry.

Although the pandemic wreaked havoc on supply chains and mobility, from the long-term perspective, it has also accelerated the formation of user habits and highlighted the value of service robots. Facilitated by the increasing market recognition and demand, the industry is very likely to steam ahead at full speed.

In this emerging sector, the focus of future competition will be the comprehensive know-how of technologies, scenarios and resources. Scenario customization and intelligence empowerment will become important modes of value-added service for robot manufacturers. Companies that know customers well, roll out competitive products and achieve excellent scale-up are most likely to win out.

CONTACT US
Scan QR code to contact us for professional consulting services
Next article
Ushering a New Era of Shipping: Automated Ports in China