Blood cancers including leukemia, lymphoma and myeloma are the top 10 cancer diseases worldwide. However, due to their distinct features from solid cancers, the diagnosis of them is much more challenging and requires extra care. Patients possessing blood cancers often have less awareness and blood cancers can be a so-called the invisible invader. This article gives an introduction to blood cancers then generally dissects what challenges the industry is facing in China. 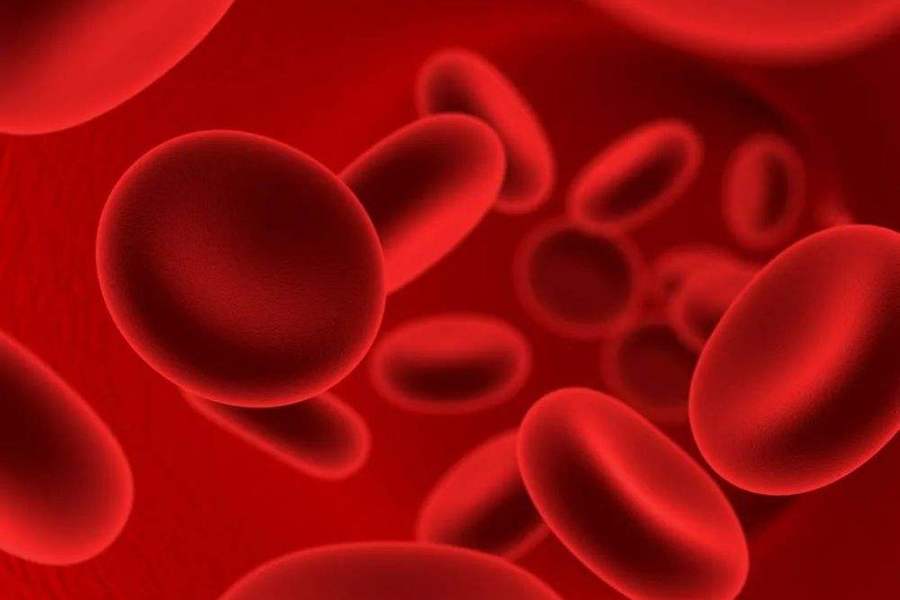 Cancer is a word full of fears. Characterized by the abnormal growth and proliferation of cells inside the body, it is a leading disease that causes human death worldwide. Depending on the appearance of cancer cells, cancers can be categorized into solid cancers and blood cancers. Solid cancers refer to solid mass of cancerous cells developed at any organs, for example, lung cancers and breast cancers. While blood cancers occur in the blood tissues including blood, blood marrow and lymph nodes.

Blood regulates the flow of oxygen and carbon dioxide in and out of the body and delivers nutrients and hormones. It is comprised of 55% plasma and 45% formed elements. Those formed elements include red blood cells (erythrocytes), white blood cells (leukocytes) and platelets (thrombocytes). Those blood cells start as stem cells formed in the bone marrow. As they mature, they develop into specialized cells naturally.

Among those specialized blood cells, white blood cells play a significant role in coordinating the body’s immune response. They help fight infections and aid in the immune process. Different types of white blood cells have its own role in fighting bacterial, viral, fungal, and parasitic infections.

The most common types of blood cancers are lymphoma, leukemia and myeloma. They typically affect the function of normal white blood cells.

However, up to now, the causes of most blood cancers still remain unclear. It is shown that the increased exposure to chemcials or radiation can be linked to higher chance of the occurance of blood cancers. Some scientific findings also suggest that errors in the genetic information of an immature blood cell could be the direct cause of blood cancers. They arrest the cell’s development and stop it from maturing further. Those abnormal cells thereby replicate over and over again. Nearly every stage of the hematopoietic process can give rise to a distinct type of cancer. 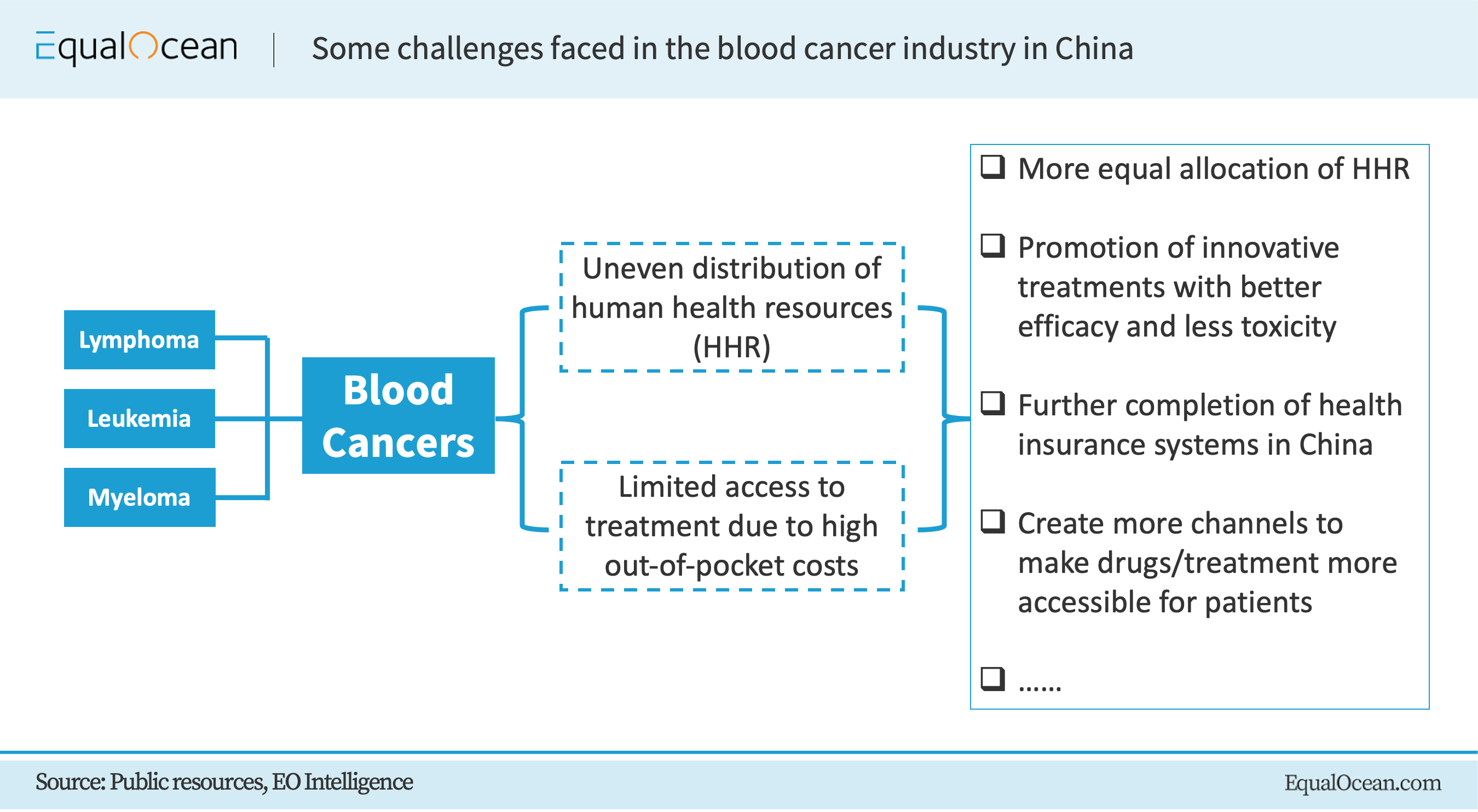 Due to the diversity and complexity of blood cancers, the diagnosis and treatment can differ case by case and require a high level of expertise. China is still facing some challenges towards better management of patients with blood cancers.

Equal allocation of health human resources across regions is what the world is working for. China is with no exception. However, there is still significant uneven distribution of medical resources in China between urban and rural areas.

In China, level three hospitals are allocated with best and most abundant medical resources. However, they are located at central cities. Therefore, the regional disparity in medical resources may lead to delayed accurate diagnosis and suitable treatment planning for patients living away from urban areas who might possess blood cancers.

Meanwhile, patients with blood cancers often have less awareness of their sickness as there is no typical sign at the early stage to remind themselves, different from solid cancers where a physical object can be often easily noticed. When significant symptoms such as extreme fatigue and weight loss arise, blood tumors often have invisibly invaded into all parts of the body, turning into advanced blood tumors carrying high risk.

The lower level of patient education can further contribute to the delayed diagnosis and treatment for blood cancer patients in rural areas.

On the other hand, the treatment for blood cancers is often extended much longer in comparison to solid cancers due to the frequent relapse and long-term monitoring after treatments, leading to higher economic costs.

“About 20 – 80% of newly diagnosed solid cancers such as lung cancers and breast cancers are indicated for surgery due to the nature of early stage, and many cancers can be cured with or without adjuvant chemo- and/or radiation therapy, in which case, they do not necessarily need drugs.” Dr. Hua Ye, the founder and CEO of BioNova Biopharmaceuticals Ltd with multiple hematologic malignancy product pipelines told EqualOcean.

“However, hematologic malignancies are different. Hematologic malignancies cannot be cured with surgery or radiation therapy because those cancerous cells are in patient’s circulatory, skeletal and/or lymphatic systems among the entire body. Drugs therefore are one of the very few treatment options for systemic therapy. If patients with hematologic malignancies recieve effective treatments, they can often respond well with slowed disease progression, and sometimes can even reach curative status which consequently extends their survival. Nevertheless, many therapies can only control disease progression for a certain period, and patients’ diseases eventually progress which requires subsequent lines of therapy. Such diseases replased and/or refaractory to previous treatments can be hard to treat and also unavoidably aggravate patients’ financial burden.”

Overall, the very first step to diminish the invisibility of the invading of blood cancers is to improve patient education to aid early and accurate diagnosis. Following that, more even allocation of human health resources should be continuously encouraged in China to create more access to medical resources for rural residents. Moreover, innnovative drugs with improved efficacy which can reduce the amount of usage for patients should also be continuously promoted as they will potentially help reduce the overall costs by reducing the quantatity of usage.