Analysis of the smart AR Glass market and future trends. 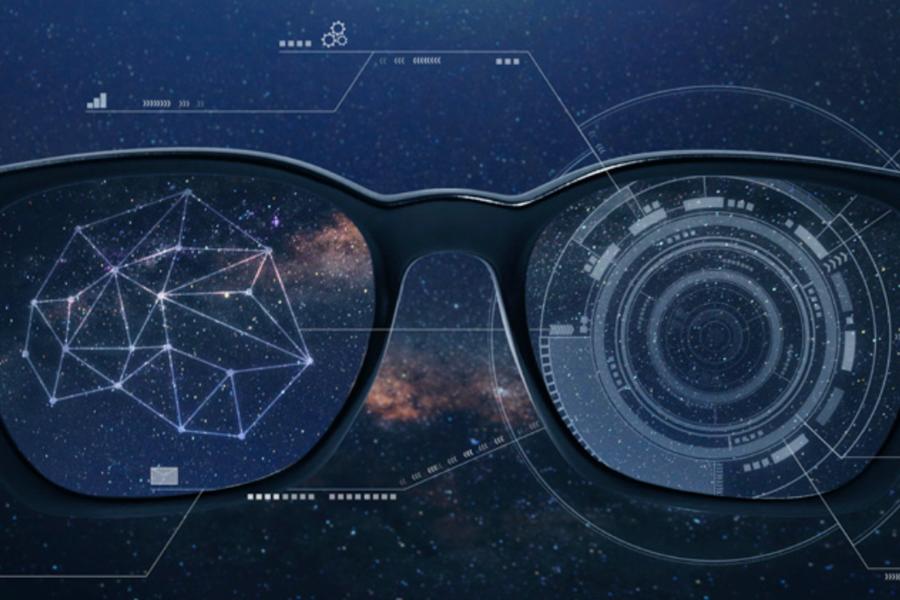 From enterprise use to personal use

In May 2014, Google launched the Google Glass Explorer edition to the consumer market. Since then, a range of new products has been introduced, among which glasses for enterprises are the mainstream.

However, in recent years, the demand for consumer-grade AR glasses has increased, especially after the sudden rise of the metaverse concept in 2021. From the figure below, we can see that Chinese companies launched several consumer-grade smart glasses after 2021.

By region, North America dominated the smart glass market in 2021 by holding a revenue share of over 32.0%, and the regional companies are launching products in line with consumer requirements. Moreover, Asia Pacific is projected to record the highest CAGR of over 12.0% through 2030.

The smart glasses market is a potential market with few competitors

Different types of AR glasses have different technical specifications as they are made for different purposes, but generally incorporate wireless technologies such as WiFi, Bluetooth and GPS, a camera and any number of sensors (e.g. gyroscope, accelerometer, ambient light sensor, etc.).

Devices can be either tethered to a stationary computer or a smaller device, or stand on their own, which is a trade-off between computing power and how intrusive, fashionable and socially acceptable the device is. In general, the tethered devices are relatively big, binocular AR headsets with big FOVs, whereas the un-tethered ones are relatively small smart glasses with smaller FOVs and thus limited AR usability and fewer sensors.

According to “Trends in Smart glasses 2016” by the Synoptic foundation, products in the smart glass market are placed into three categories: connected glasses, smart glasses, and AR Head Mounted Devices (HMDs).

l Smart glasses: Smart glasses can be divided into two groups based on their displays: the rear mirror and monocular smart glasses. The rear mirror glasses have a display discretely positioned at the edge of the wearer’s field of view (and thus function like the rearview mirror in a car). The monocular smart glasses have an optical engine positioned in front of one of the wearer’s eyes, allowing the wearer to see reality through the display while projecting digital information directly into the field of view.

l AR HMDs: headsets with binocular see-through displays with a relatively large FOV (e.g. 90° for the Meta 2) that can provide true AR and usually have more bulky optics than regular smart glasses.

The industry has broadly adopted AR HMDs for multiple tasks, generally in the same price range as smartphones. The products of major players like Meta, Microsoft, Magic Leap, and Google are mainly industrial-grade AR glasses. However, there have also been more ambitious smart glasses -- such as the Rokid Air and Nreal Air — that deliver heads-up displays using AR tech.

There are 422 participants in the smart AR glasses market in total, among which only 74 companies are competitive, according to StrategyR. Most participants concentrate on the North American smart glass market, which is valued at USD 1.6 billion in 2021 with a CAGR of 9.2%.

The bill of the material cost of AR glasses

A bill of material (BOM) is a list of the raw materials, sub-assemblies, intermediate assemblies, sub-components, parts, and the quantities of each needed to manufacture an end product. For AR glasses, its BOM mainly includes a display and optical module, CPU/GPU, sensor, camera, audio module, cell, manufacturing cost, and frame.

Based on modules with different functions, we divided the composition of AR glasses into computing, display, and processing modules. The computing module is a System-on-a-Chip (SoC) that provides computing power to support data computing, 3D modeling, rendering, and image recognition of the device.

The chip's development enables AR glasses to have lighter weight and lower power consumption. At the same time, sensors, cameras, and audio modules work together to capture information in the real world and transfer them into a virtual version that is overlapped with the real world on the AR glasses.

Whether AR glasses suit consumers and workers depends on choosing the appropriate modules. A computing module, an SoC, Provides AR input, virtual and real fusion to output computing power support, support machine vision and interactive technology. To gather surrounding information in the real world, the camera has become the major sensor in the processing module of AR glasses; usually, AR glasses would use several cameras and SLAM technology to model the real environment in virtual form.

The next generation of computing device

Why have increasing start-ups been trying so hard to enter the consumer-grade AR glass market? Global revenue of the consumer mobile AR app market has reached USD 10,598 million in 2021 and is expected to reach USD 15497 million in 2022. However, the smartphone is no longer the best device to show users AR content due to the metaverse concept. To experience the metaverse, one must be fully immersed in the virtual information, which means one needs a device to show surrounding virtual details throughout the day. Therefore, the ultimate form of consumer-grade AR glasses is a portal so people can wear them as a part of their body organs.

Over 810 million mobile AR active user devices worldwide are expected to reach 1.73 billion by 2024. Accordingly, the AR device market is potentially significant, and it will only take a few years for AR glasses to dominate.

There were only 570,000 shipped AR headsets in 2021, among which, the quantity of AR glasses for enterprises is more than that for consumers. However, according to AR Technology Acceptance Model (TAM), the amount of both AR glasses will reach the cross point in 2027, and shipped consumer-grade AR glasses will surpass that of enterprise-grade after that.

Increasing AR device users and the metaverse's popularity drive the sale of smart AR glasses; more sales bring more breakthroughs. In the history of computing devices, from abacus to smartphones, the human inclination has gradually turned to choose devices with portable, wearable, and virtual features. For now, the Smart glass market seems promising with increasing sales and users; accordingly, the AR glasses company will put more attention to R&D of consumer-grade AR glasses in the next 3 to 5 years.