In September 2022, the EqualOcean launched the selection of the top companies list of 2022 China AR 50, and received more than 300 high-quality candidates from active registration and partner institutions; In the final evaluation, 50 finalists were selected. 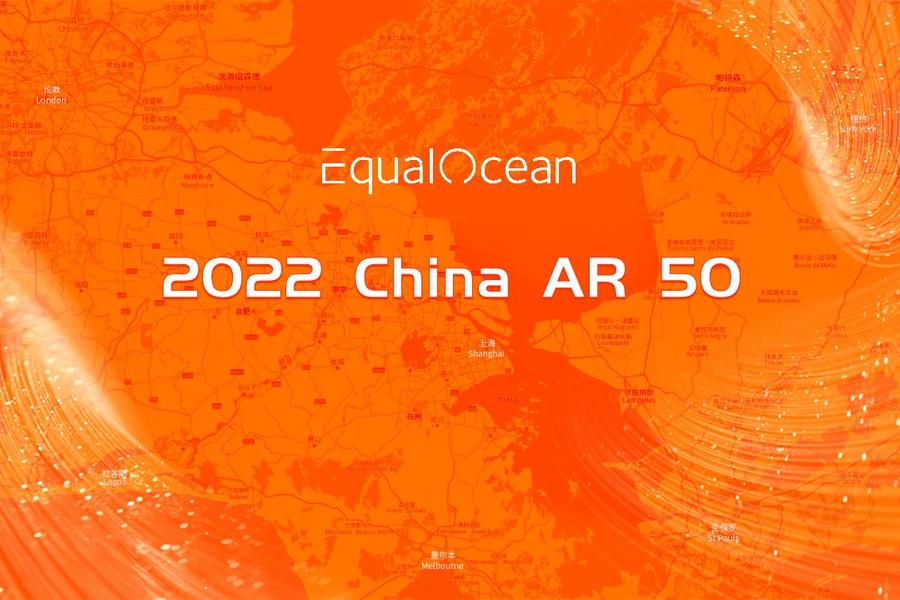 On Friday, November 4, EqualOcean officially announced our annual list of The China AR 50 of 2022. This highly influential and well-regarded list of creativity and AR businesses in China corporate is not only an important benchmark of how much potential a start-up has to become a giant in the industry, but it’s also our chance to celebrate the globalization vision of those companies.

This list will also be announced at the 2022 EqualOcean Summit for Globalization on November 8. ESG2022 focuses on the third generation of global entrepreneurs, connects investors, scholars, and diplomats on the global stage shares scientific and technological innovation achievements and knowledge, and responds to the country's promotion of high-level opening up from an industry perspective.

The 20th National Congress of the Communist Party of China pointed out that China will seize the great opportunity of the new round of scientific and technological revolution and industrial transformation, that is, to join in the construction of the new arena at the beginning, and even lead the construction of some arenas, to make us a new An important maker of the competition rules and an important leader of the new competition venue.

As a window between the real world and the metaverse, emerging technology AR has naturally become the focus of capital, policy, and startups in developing the metaverse. The development of AR requires technological breakthroughs in all parts of the industry chain, such as hardware and software. According to our calculations, the AR market will become a trillion-level market in the next 5-10 years.

Based on the above, EqualOcean has launched the "2022 China AR Top 50" selection since September; after nearly two months of the primary election, re-election and final evaluation, we finally selected the 50 companies with the most growth and development potential in the AR field in 2022: 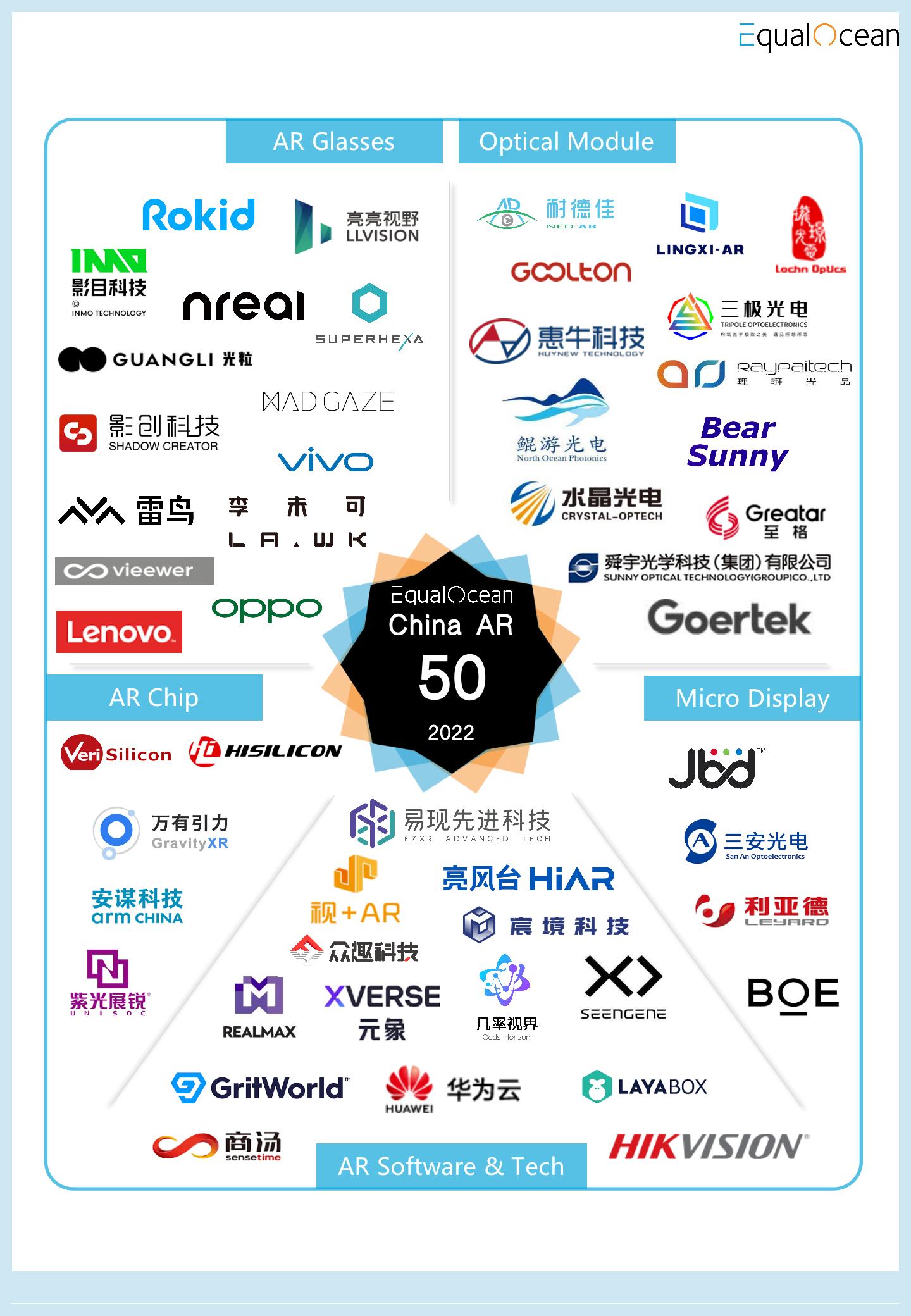 -The companies listed on the list cover five fields: AR glasses, AR chips, AR software and technology, optical modules and microdisplays, and have innovative R&D products in their respective fields;

- Among the companies on the list, there are Internet giants such as Huawei, vivo, and Goertek, as well as listed companies, but there are also successful start-ups such as Rokid, Nreal, and Gravity.

-The companies listed in this list generally have made great achievements in global layout, their business covers the United States, Europe, Southeast Asia, Africa and other regions, and they are still actively seeking a wider market space. ;