15 Companies to Watch in October 2022-Healthcare 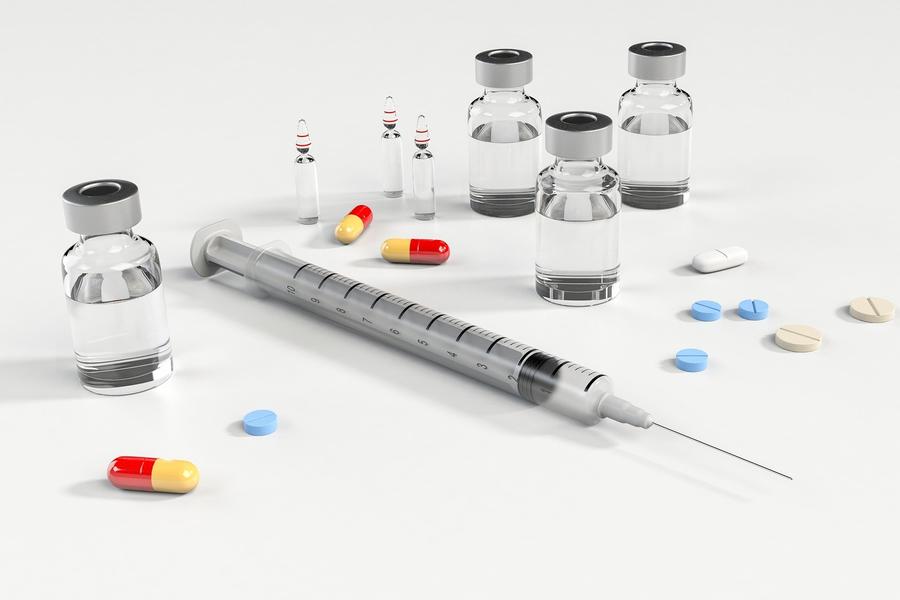 Accurate International announced the completion of a pre-Series B financing round worth CNY 100 million on October 28. This funding round was led by Fortune Capital, with the participation from Guangzhou Jinkong Fund, GDD Industry Fund Investment Group, Wanlian Securities and Zhonghe Anke Biomedical Industry Fund. Funway Capital, which previously invested in the company's Series A financing round in March 2021, also participated in this round.

Ariemedi announced that it had completed a new round of financing of hundreds of millions of CNY in a Series A+ round on October 25, jointly invested by High Rise Capital and Haier Capital. This financing round will be primarily used for scientific research collaboration, clinical trials, iterative product upgrades and market expansion. Founded in 2016, Ariemedi is a national high-tech enterprise committed to R&D, manufacturing, and sales of intelligent medical devices for precise augmented reality navigation.

Seeneuro Medical, a China-based innovative neuromodulation company, announced its completion of the Series B round of financing worth nearly CNY 100 million on October 24. The round was led by SDIC Unity Capital, with the participation from the existing investor BioTrack Capital. The funds will be used for new product development, clinical research, registration applications and chip iterations. Seeneuro Medical has been focusing on the independent development and production of medical devices in implantable neuromodulation since its establishment in 2018.

Di-Matrix announced that it had completed a pre-Series B funding round of nearly CNY 100 million on October 20. GP Capital, YONGHUA Capital, and NanHong Capital jointly invested in this round, with Leap Capital as the financial advisor. Since 2020, Di-Matrix has successively received funding from Zhen Fund, Lightspeed China Partners, GF Capital, Befor Capital and YONGHUA Capital. Di-Matrix is committed to providing AIOps complete matrix applications based on ARCANA to enterprise customers, enabling intelligent operation and maintenance of enterprise full systems and data by combining comprehensive solutions from various scenario applications.

Salus Biomed announced that it had closed a pre-Series A financing round worth more than CNY 100 million on October 18. QL Capital exclusively invested in the pre-A1 round and jointly led the pre-A2 funding round with Great Wall Fund, and Longping Biotech followed suit. This financing round will be mainly used for the R&D of gene sequencing platforms and super-resolution spatial omics products. The exploration of other innovative products will also be included. 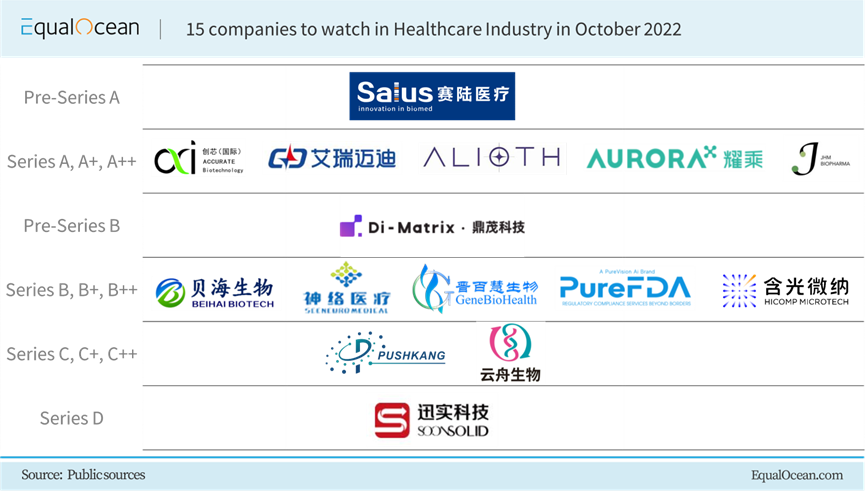 Early cancer screening firm GeneBioHealth has recently completed the Series B+ financing round worth USD 15 million, led by strategic investors BOC&UTRUST Private Equity Fund Management. The fund will be mainly used to research and develop multiple pipeline products. GeneBioHealth is a developer and manufacturer of in-vitro diagnostic medical devices headquartered in Shenzhen, China. The company is dedicated to developing and offering clients a wide range of products, instruments, services and solutions.

PureID Medical Technology announced its completion of the Series B round of financing worth more than CNY 100 million on October 18. The round was led by Legend Capital, with the participation from the existing shareholder Bayland Capital. Probe Capital served as the exclusive financial advisor for this round. This funding will be used for the layout of overseas medical device resources, expansion of the professional talent team, strategic development in the medical device field, and upgrade and iteration of the big data information platform.

Alioth Biotech announced that it had completed a new financing round of almost CNY 100 million in the Series A round. This funding round was jointly led by Matrix Partners, Legend Capital, with participation from Shanghai Yishuishan Enterprise Consulting Partnership. The funds will be used to construct the membrane materials R&D center, upgrade the pharmaceutical process filter product manufacturing base, and expand the team. Founded in early 2021, Alioth Biotech is dedicated to offering high-quality and high-regulatory compliance life science solutions that enable pharmaceutical and biotechnology partners to develop and manufacture innovative and cost-effective therapies.

HICOMP MicroTech obtained CNY 100 million in a Series B+ funding round led by Shunwei Capital, with participation from Zhongxin Technology. The funds will be used to accelerate the landing of microfluidic R&D and manufacturing contracts, the expansion of production lines, research and development of vital technologies, and market development at home and abroad. HICOMP MicroTech is an original design manufacturer of high-quality components based on cutting-edge micro/nano technologies founded in 2014, with target markets including microfluidic and biochips, MEMS and advanced packaging, focusing on microfluidics-enabled products.

Aurora, a technology company specializing in digitalizing the clinical research of life sciences, announced that it had completed a Series A+ financing round worth tens of millions of USD on October 12. The round was led by the existing investor Hankang Equity Investment Management, with participation from B Capital. Huaxing Capital acted as its exclusive financial advisor. Founded in 2020, Aurora focuses on life science clinical research and development and is committed to creating a world-leading new generation of clinical research SaaS platforms with cloud computing, big data, AI, and enterprise-level B2B SaaS technology, reducing costs and increasing efficiency.

Digital Dentistry Solution Provider SprintRay obtained more than USD 100 million in a Series D financing round. Softbank Vision Fund II led this round, followed by Yiheng Capital and Zhongwei Capital, and the existing shareholders, Chende Capital and Yuanyi Capital, continued to invest. Founded in 2013, SprintRay provides digital chairside solutions for dental institutes, and it has covered more than 50% of the dental 3D printing market share in the United States.

JHM Biopharma completed a CNY 200 million Series A1 financing round jointly led by Tonghua Investment Group and Guangdian Capital, with the participation from Zhonghe Oupu Medical and Health Fund, Focus Fund and Hoshi Capital. WinX Capital acted as the exclusive financial adviser for this round. The funds raised in this round will be used primarily to rapidly expand JHM Biopharma's product pipeline and construct a commercial manufacturing base with GMP facility requirements.