2022 has been a magical year with tremendous changes in many fields, including technology. Here is 2022 the year-in-review. It's by no means exhaustive, but it'll shed some light on what's to come. 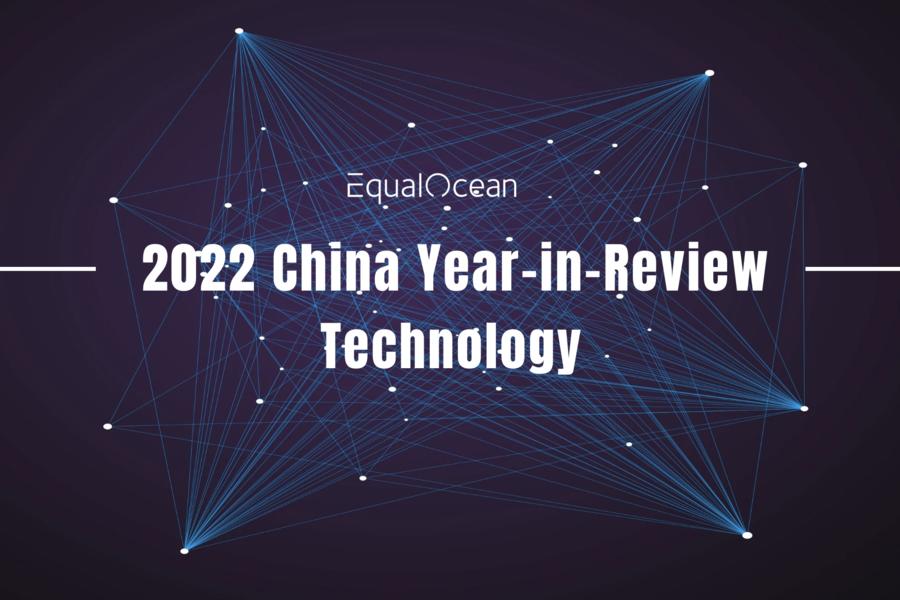 2022 has been filled with innovation, perseverance and ground-breaking technological advancements, despite the dark shadow of the Covid-19 pandemic. As the year ends, Equal Ocean is delighted to reflect on the stories you enjoyed the most. Here's the roundup of this year's most popular headlines, including Optimus robot, the impact of U.S. technical restrictions on Chinese semiconductor companies, and the birth of Baidu's first quantum computer.

In addition, the Hong Kong Government is considering activating the Growth Enterprise Market(GEM) to provide a more efficient financing platform for small and medium-sized enterprises and start-ups.

The act that HKEX easing the listing requirements for specific companies is believed to elevate Hong Kong's position as the listing venue of choice for innovative companies. For investors, the move will increase the variety and number of companies listed in Hong Kong and give them more investment options. For specialist technology companies, the move will provide them with a new opportunity to go public

2. The Rise of AIGC Technology

In September 2022, the China Academy of Information and Communications Technology under the Ministry of Industry and Information Technology released the White Paper on AIGC, which tracks the development of AIGC and analyzes this technology from the aspects of application and governance in China, bridging the gap between content consumption and supply in the digital world. 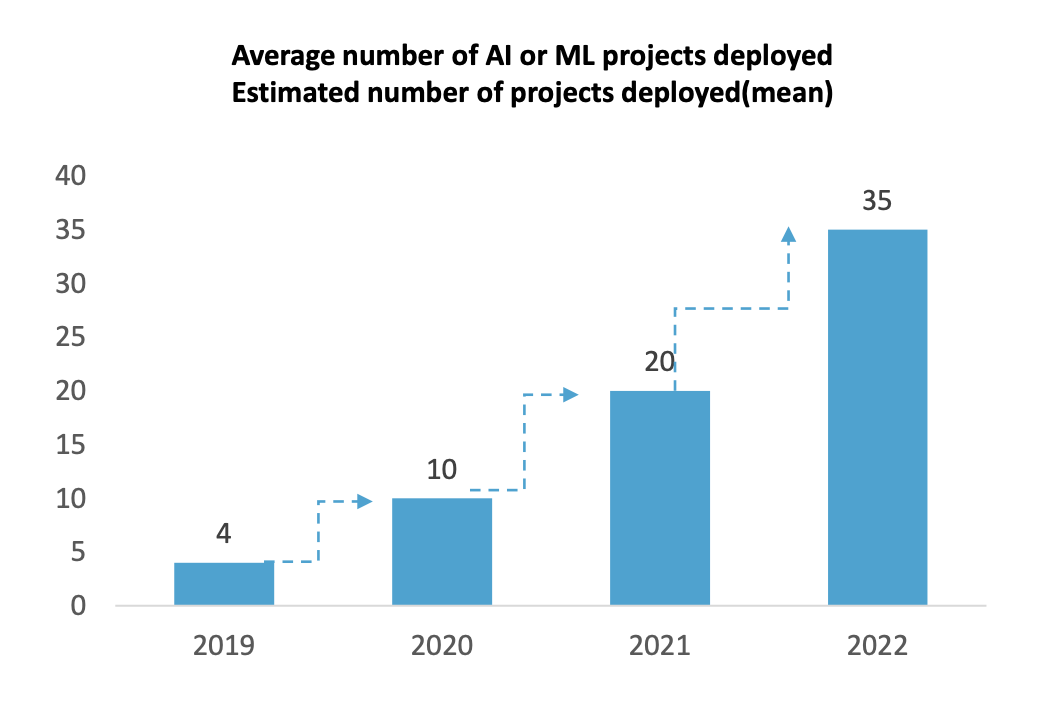 In China, several listed companies have started to layout in the AIGC field and dedicate themselves to the AIGC open source community, including Wondershare(Chinses:万兴科技), Blue Focus(Chinses:蓝色光标), COL(Chinese:中文在线), Visual China(Chinses:视觉中国), iFLYTEK(Chinses:科大讯飞), KUNLUN(Chinses:昆仑万维), TRS(Chinses:拓尔思), and so on.

Undoubtedly, many companies will ride the wind on the AIGC track to open up a new incremental space and contribute to its ecological construction, enriching product content and scenarios so that everyone can use this practical tool to unlock unlimited possibilities. Soon, AIGC would be the soil and vital force to promote China's digital transformation and industrial upgrading.

In October 2022, the United States again tightened technical restrictions on Chinese semiconductor companies. Department of Commerce, Bureau of Industry and Security (BIS) announced a series of amendments to the U.S. Export Administration Regulations (EAR) and published new export control restrictions for Chinese companies, including the addition and adjustment of Export Control Classification Numbers (ECCN), the addition of three foreign direct product rules, and the addition of two end-user and end-use restrictions. BIS also updated 31 Unverified Entity Lists (UVL) and added the mechanism of transferring UVL to the entity list.

Suspending or terminating critical semiconductor products, technologies, or equipment supplies to Chinese trade partners can undermine China's continued efforts to strengthen its semiconductor industry. Therefore, balancing the layout of overseas and domestic businesses may become extremely urgent for semiconductor industry companies. Meanwhile, the impact is expected to escalate due to the close connection between the semiconductor industry and other related industries. Intelligent vehicles, data centers, cloud computing, and other associated applications would be affected as well, which suggests that it is essential for these companies to assess fully and proactively mitigate the relevant legal, political, and commercial decisions influences brought by the new U.S. export restrictions.

Overall, the US revised rules centered on a perceived trade-off between two goals: Undermining Chinese capabilities today versus maintaining American leverage in the future.

In May 2022, the Ministry of Commerce of China released the outcomes of the sixth meeting of the China-Brazil High-level Coordination and Cooperation Committee. According to the official report, China and Brazil have agreed on promoting bilateral cooperation in agricultural trade development, low-carbon and clean technologies investment, digital economy, and other fields.

This year also marks the 40th anniversary of signing the Science and Technology Cooperation Agreement between China and Brazil. In 1982, China and Brazil signed the intergovernmental Science and Technology Cooperation Agreement. As an essential cornerstone of bilateral scientific and technological cooperation, the agreement provides a top-level design plan. Under the guidance of the two heads of state, the two sides have conducted fruitful cooperation in many areas and become an important driving force for developing China-Pakistan relations.

China and Brazil have sound momentum of cooperation in many fields. In science and technology, Brazil has become the country with the most joint laboratories built by China in Latin America. In communications, Huawei cooperated with Brazilian operators to build the first high-speed fiber optic network across the Amazon region.

Science and technology are vital for countries to promote economic development and improve the quality of life of their people. In the future, the two countries will further deepen cooperation in technology innovation and expand practical cooperation channels. In this context, Chinese enterprises are also facing more opportunities. Low-carbon and clean technology investments and the digital economy deserve further attention.

In December 2022, TSMC held the 'First Tool-In Ceremony' for its new Arizona fab and welcomed U.S. government officials from the highest ranks, including President Biden. This fab will leverage the 4nm (N4) process, the latest addition to TSMC's 5nm family of technologies.

At the ceremony, TSMC also announced that the total investment would be increased to USD 40 billion. The investment by TSMC is one of the most significant foreign investments in U.S. history and the biggest in Arizona. The second fab in Arizona is under construction and will open in 2026, ready for 3nm nanometer chips, the most cutting-edge chips currently available.

The new TSMC plant is estimated to produce enough 600,000  advanced chips, which can meet the U.S. annual demand. Apple, Nvidia and AMD have all announced that they will be the first customers of TSMC's new fab. Qualcomm has also expressed a desire to place orders for chips at the new fab. Additionally, construction of the first fab has already generated 10,000 jobs and will create another 10,000 engineering jobs, out of which 4,500 will attract high-tech talent for direct fab employment. The opening of the plants is believed to boost Arizona's economy, which was hard hit by the pandemic.

However, the Arizona fabs only account for one percent of TSMC's full capacity, with future estimations coming close to three percent. Taiwanese officials claimed that TSMC would not emigrate from the island and that the company's supply chain and R&D would remain local.

The State Administration for Market Regulation approved China Unicom (600050. S.S.) and Tencent (0700. H.K.) to set up a new company for mixed reform.

On November 2017, Tencent and China Unicom signed a deep cooperation agreement, including in-depth business cooperation based on the public cloud, proprietary cloud, hybrid cloud, and network security services, which signals China's efforts in accelerating its push for mixed-ownership reforms in an attempt to boost the competitiveness of state firms.

The establishment of the joint venture company is the continuation of China Unicom and Tencent's earlier cooperation. The competitiveness of state-owned telecommunications enterprises will be significantly enhanced by introducing strategic investors with synergy and leading advantages

Optimus is a humanoid robot designed by Tesla. Its prototype was unveiled at the company's A.I. Day in September 2022. According to Tesla's CEO, Elon Musk, Optimus will be mass-produced in 3 to 5 years and cost less than USD 20,000.

This is the first time Optimus has been able to walk independently without a human operator. Instead of putting a shell on the robot, Tesla has made its internal structure visible, with joints, bones and cables. The entire live robot demonstration lasted roughly two-and-a-half hours, and a video of the walking Optimus prototype demonstrating a series of movements was played to provide a 3D-rendered view of the world representing what the Optimus robot can see.

Optimus is one of the essential products of Tesla. Musk described the prototype design as "fairly close" to what would be put into production. He also said it would one day help millions of people and do many valuable things. The humanoid robot would be used by Tesla in its factories, with Optimus performing repetitive or dangerous tasks, among others.

Musk touted that Optimus would be "a fundamental transformation for civilization" at this year's A.I. event. He believes Optimus will one day help millions of people and potentially boost economic output by "two orders of magnitude."

8. MEE Emphasizes the Importance of the Carbon Trading Market and CCER Market

At the International Financial Forum (IFF) 2022 Annual Meeting held on December 4, China's Ministry of Ecology and Environment(MEE) said that China would continue to improve the national carbon trading market and strive to restart the Chinese Certified Emission Reduction market as soon as possible.

Last year, China launched the national carbon market, which refers to trading systems in which carbon credits are sold and bought. Greenhouse gas (GHG) emissions are still rising across all significant sectors globally, albeit at a slower pace. Additionally, China's national Emissions Trading Scheme (ETS), the largest ETS in terms of the amount of CO2 regulated, was launched on the trading platform operated by the Shanghai Environment and Energy Exchange (SEEE) last year and completed its first compliance cycle on December 30, 2021. These moves made China the world's largest carbon market regarding greenhouse gas emissions, which is significant progress.

The White Paper published by IFF states that governments should increase their innovation input, reflecting the critical role that governments should play in addressing climate change. Several issues must be addressed to establish and improve the standard system of green finance. We should emphasize the importance of multi-party participation in formulating and implementing green finance policies. To promote climate investment and financing of green finance, we need to create a favorable policy environment and give full play to the enthusiasm of local governments, financial institutions, capital markets, and financing entities

The chip was jointly developed by the National Optoelectronics Innovation Center, the State Key Laboratory of Optical Fiber Communication Technology, Accelink and Pengcheng Laboratory. The 1.6Tb/s silicon optical chip aims to solve the problem of mutual restriction of data bandwidth and power consumption in network communication equipment. It improves data transmission's capacity and energy efficiency through photoelectric fusion and breaks through the key technology of the Tb/s silicon optical transceiver chip. 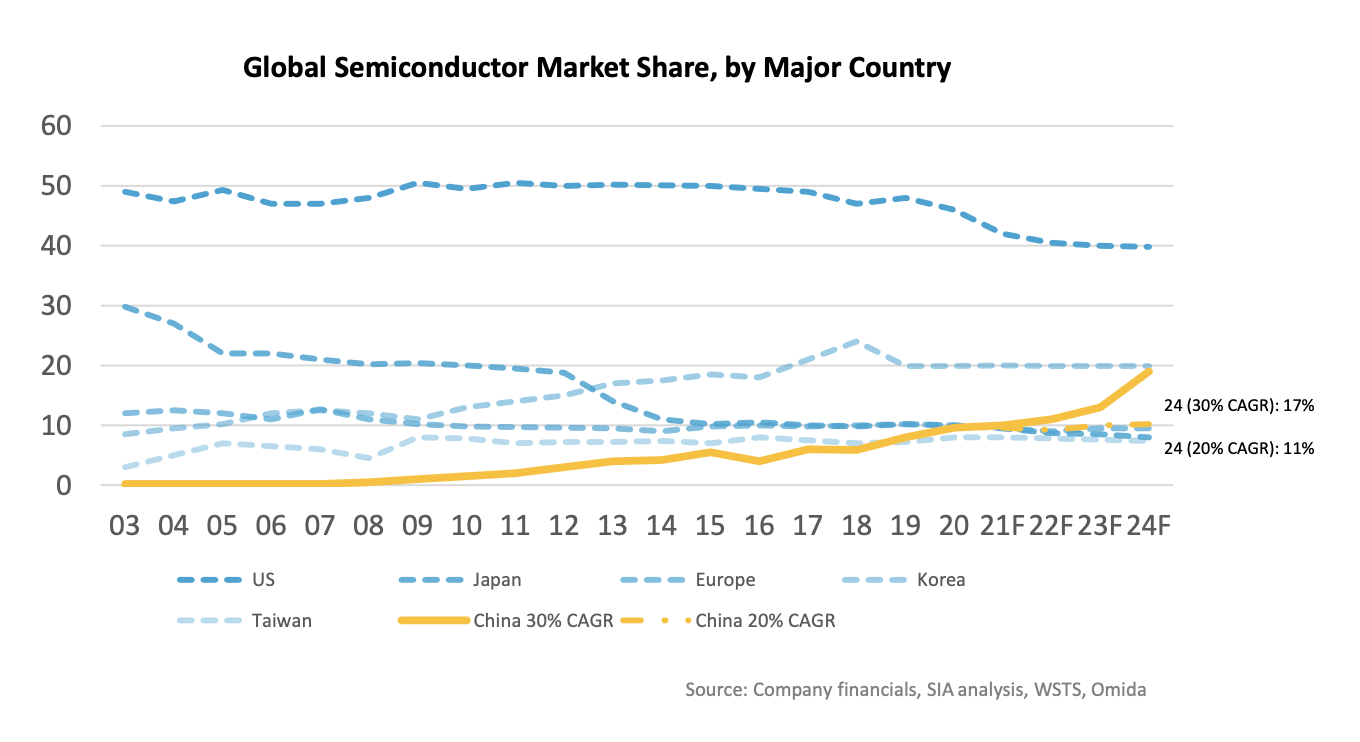 In terms of theoretical technology, the joint R&D team has systematically mastered the critical technologies of photoelectric collaborative silicon optical modulator and heterogeneous germanium silicon waveguide detector, which has increased the bandwidth of silicon optical active devices to more than 80GHz.

The 1.6Tb/s silicon optical chip has updated the previous best level of single optical interconnect rate and interconnect density in China, showing the outstanding advantages of silicon optical technology such as ultra-high speed, ultra-high density and high scalability. This provides a reliable optical chip solution for broadband interconnection in the next generation of data centers and extends the use of photonic chips into scenarios in consumer electronics, vehicles, defense and other industries.

Baidu ( HKEX: 9888), the leading Internet company with a strong A.I. foundation, announced its first industry-level superconducting quantum computer that fully integrates hardware, Baidu's home-grown software stack, and applications during the Quantum Create developer conference in Beijing this year, which is a significant breakthrough in technical field.

Qian Shi, which means "the origin of all things is found in the heavens, offers a stable and substantial quantum computing service to the users with high-fidelity 10 quantum bits (qubits) of power without direct access to quantum hardware or programming languages, enabling the quantum computer to move from the laboratory to public. In addition, Baidu also launched a 36-qubit superconducting quantum chip with couplers, demonstrating promising simulation results across fields like artificial intelligence (A.I.), computational biology, material simulation, and financial technology. 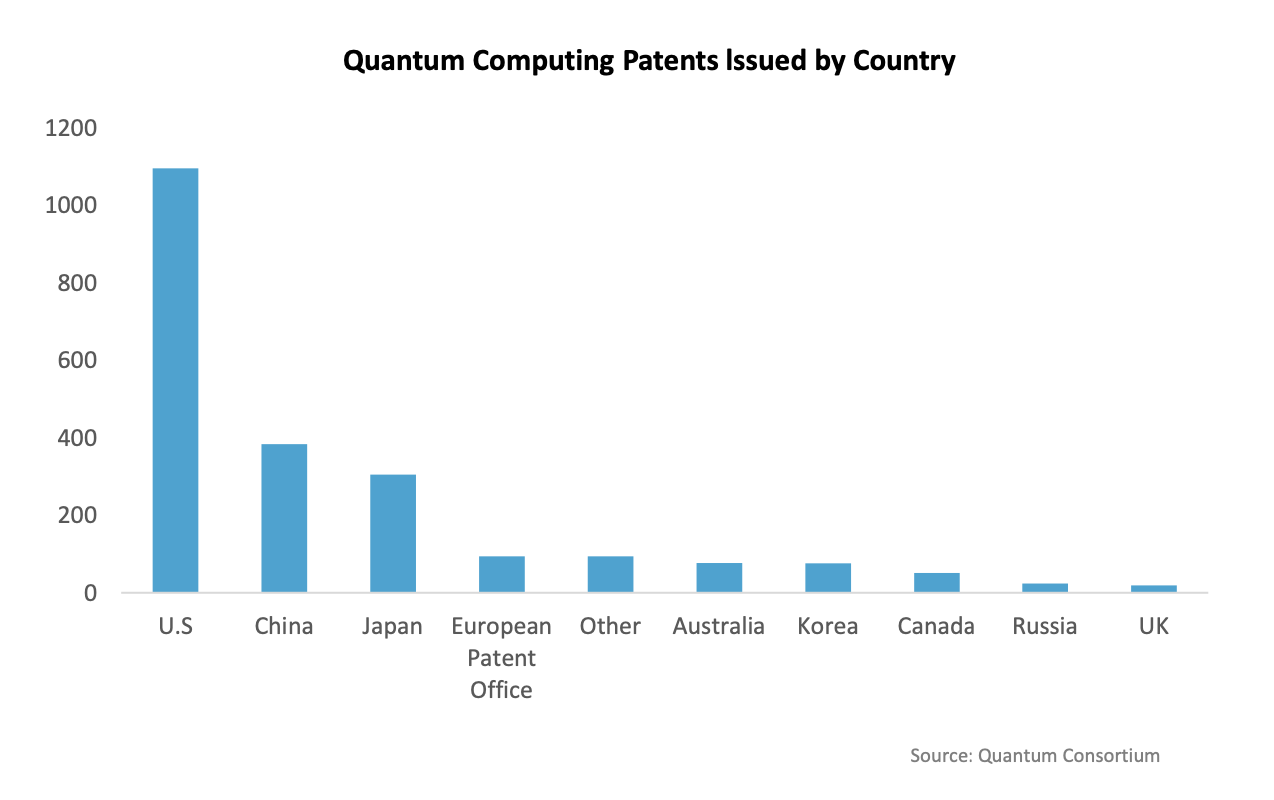 Qian Shi is a significant step for Baidu, which has already shown meaningful progress in other disruptive technologies like A.I. and autonomous vehicles and also signals China's efforts to apply ultra-high-speed tech to practical uses.