Is Domestic Substitution the Future Trend for the Chinese Cell Culture Media Market? 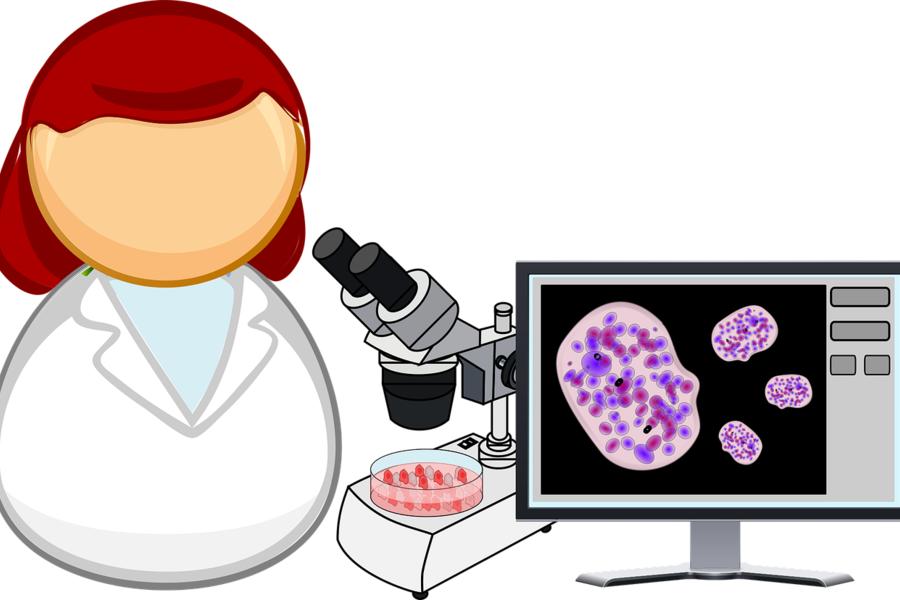 The cell culture medium contains nutrients that sustain cell survival and proliferation in vitro to artificially simulate animal cells' in-vivo growth environment. Its primary function is to provide the proper pH, osmotic pressure, and a variety of nutrients that the cell itself cannot synthesize.

Cell culture media are widely used to produce protein/antibody drugs, human/veterinary vaccines, and cell and gene therapy products. In the upstream raw materials and consumables market for biopharmaceuticals, market size for cell culture media is the largest—encompassing around 35% of the global biopharmaceutical consumable market in 2020. As long as cells are required in the manufacture of biological products, cell culture media are also indispensable, playing a critical role in determining the yield and quality of the target product. Presently, the serum-free medium has emerged as a significant trend in cell culture after iterations of the natural and synthetic medium.

The global market cell culture media has grown steadily in recent years. In 2020, the total global market was USD 4.65 billion; it is expected to reach USD 8.24 billion in 2028, with a compound annual growth rate of 7.45% from 2020 to 2028. In terms of product segmentation, serum-free media accounts for more than half of the current media market (52%), followed by serum-supplemented media with a proportion of nearly one-third (32%) and chemical-defined culture medium (11%).

Driven by downstream market demand, the Chinese market for cell culture media is also expanding rapidly, growing from CNY 613 million in 2017 to CNY 2.63 billion in 2021 with a compound annual growth rate of 43.98%. And according to Frost & Sullivan, market size is expected toreach CNY 5.44 billion in 2025. 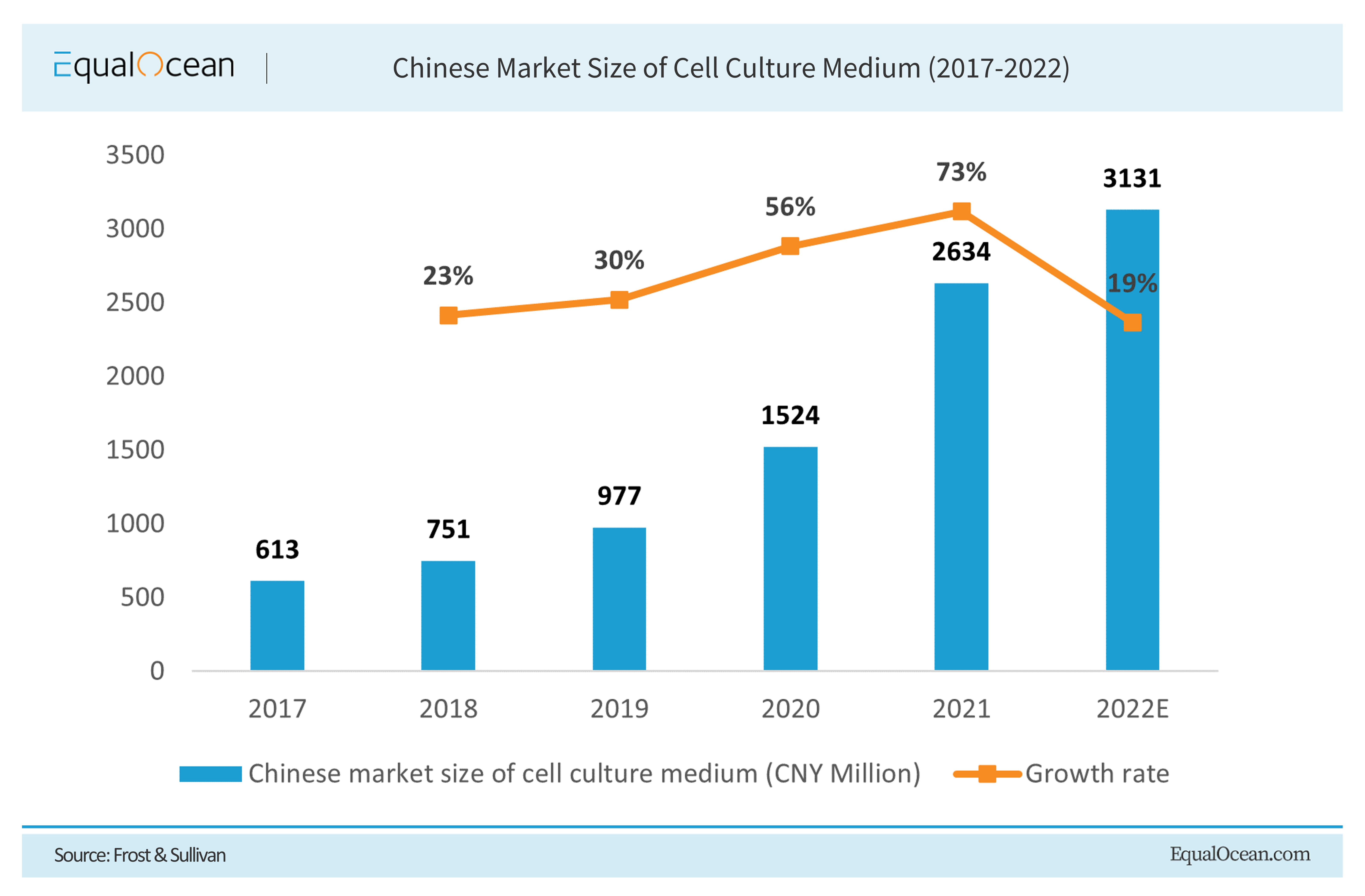 Competition in the cell culture media industry is relatively concentrated. For Chinese manufacturers, there is still ample room for expansion. Starting in the early 2000s, Thermofisher, Cytiva, and Merck accounted for about 90% of the global culture media market through acquisitions, with product lines spanning vaccines, antibodies and recombinant proteins, as well as cell and gene therapies (CGT). Likewise, these three imported brands also dominate the Chinese cell culture media market, albeit to a lesser degree: in 2020, they accounted for 64.7% of the Chinese market. 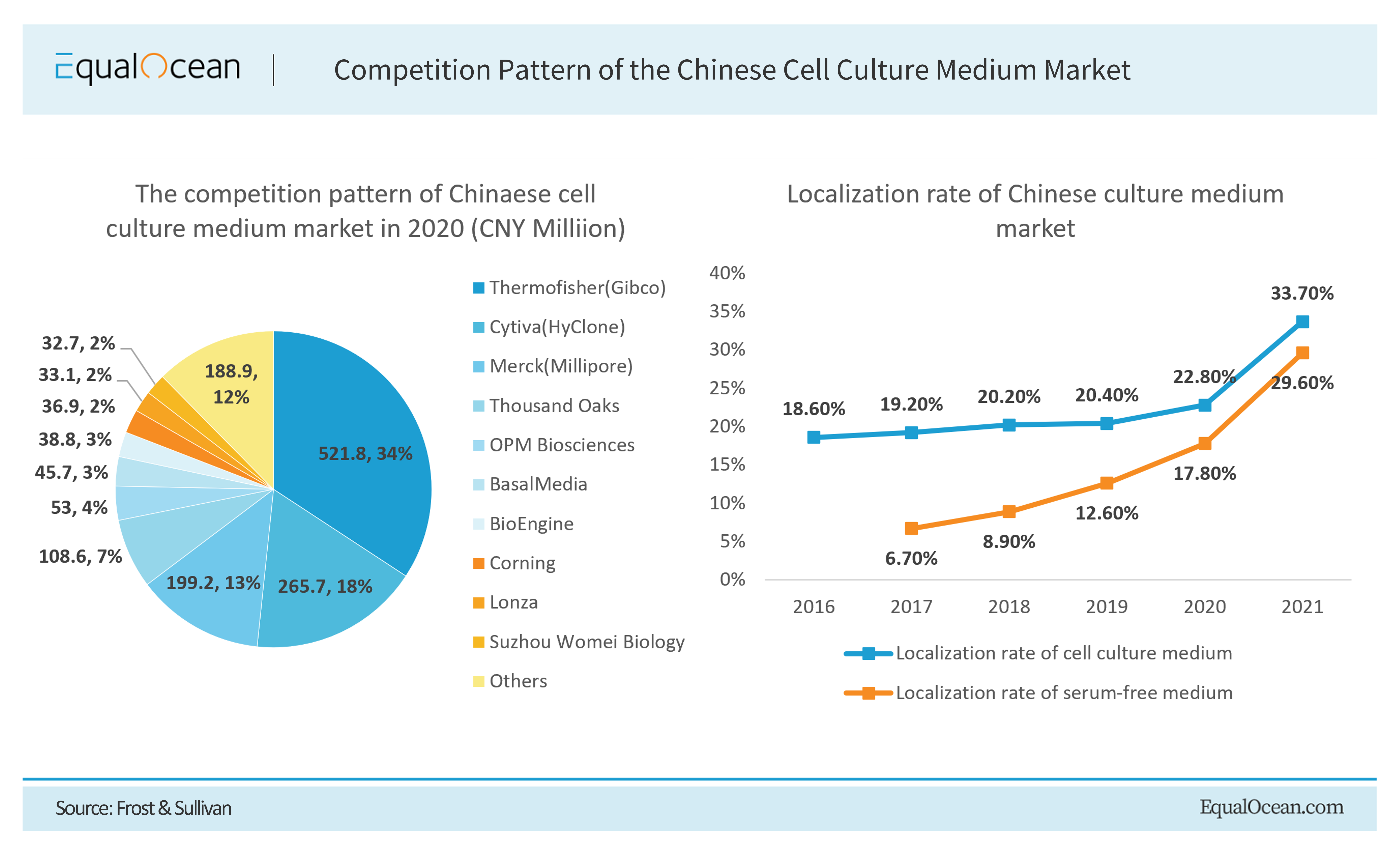 The figure above also conveys the same message. From 2017 to 2019, two years before the epidemic, the localization rate of cell culture media only increased by 1.2 percentage points. In contrast, localization rate increased by 13.3 percentage points from 2019 to 2021, indicating an acceleration of domestic substitution and a decrease in import dependence.

Although the industry development dividend and the pandemic have promoted the development of Chinese cell culture media enterprises, there is still an overall gap in quality, stability, and product richness between domestic and imported media. Chinese enterprises continue to work towards bridging that gap. "At present, the products of each domestic medium enterprise are still limited, and they have no corresponding medium in each subsector like Thermofisher," states Mr. Wu of Zhuhai Kairui Biotech. "However, this is a future trend for Chinese companies such as ours to strive for. It is still unknown whether and when it can come true, but the direction will not be wrong."

Under the general trend of domestic substitution, EqualOcean believes there will continue to be significant growth in domestic cell culture media within the Chinese market. As domestic companies reach for the same quality as global cell culture media representatives, they may even break into the global market in the near future.