15 Companies to Watch in December 2022 — Healthcare

Editor's note: We at EqualOcean tracked the major funding rounds and industry events that took place in China's healthcare space in December 2022. And the following is a list of deals that we have selected for you, based on a number of criteria, including the funding amount, the financial backers, and the segments in which the companies operate. 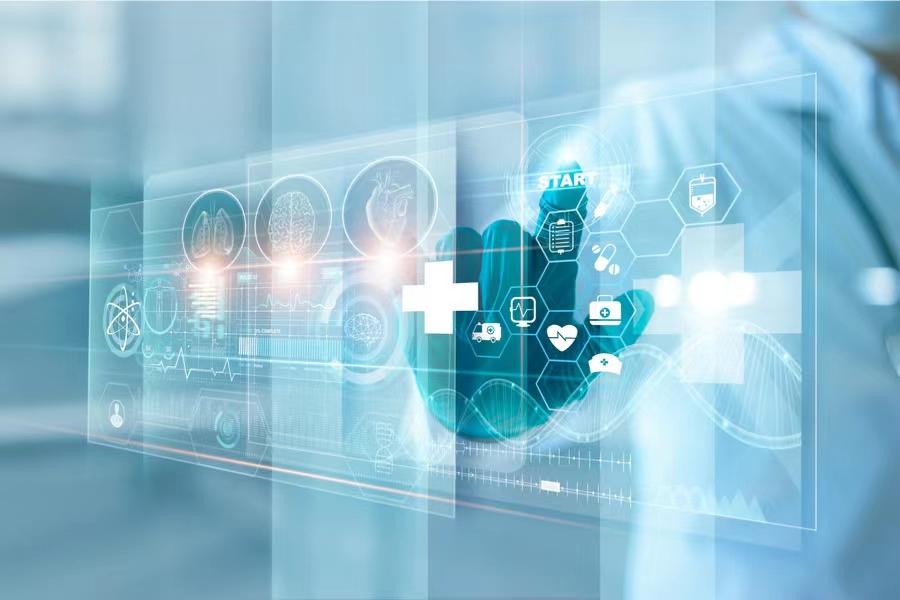 On December 30, 2022, Raynovent announced the completion of a Series C financing of 370 million yuan. This round of financing is jointly led by Eide Fund and Yi Fung Capital, with participation from Wanlian Guangsheng, Guangzhou Guoju Venture Capital and the existing investors Sentient Pharmaceutical and Lake Bleu Capital. Haoyue Capital acted as the exclusive financial advisor. After this financing, the company will focus on advancing clinical trials in its core R&D pipeline and commercializing its novel coronavirus and nail flow drugs. Established in October 2018, Raynovent focuses on the research and development of innovative drugs in the field of respiratory system and metabolic diseases, and is the innovation leader in the field of respiratory antiviral and NASH in China.

Leto Laboratories completed a Series C round of financing worth more than CNY 100 million in late December. This round of financing is led by Zhongguancun Science City Company, followed by Infinity Capital and Hibus Capital. The fund will be mainly used for the clinical research of the next-generation anti-tumor cytogenic drug LTC004 and the early investment of the company's GMP production platform. Founded in 2014, Leto Laboratories is a biotechnology company focusing on the underlying technology of protein engineering, creating an efficient, high-quality and high-market design platform for biomacromolecules and a unique prokaryotic macromolecule manufacturing technology platform

Skynor Medical announced the completion of a financing round worth CNY 100 million in late December, jointly invested by Zhang Jiang High-tech, Pudong Capital, Zhang Jiang Haoheng and Suxin Venture Capital. The funds will be used to accelerate the development of domestic and international markets and regional in-depth cultivation, while accelerating the distribution of new products of neural intervention and peripheral intervention. Founded in August 2014, Skynor Medical is a high-tech enterprise focusing on independent research, development and manufacturing of high-end implantation/interventional medical devices for nerves and peripheral blood vessels, committed to providing high-quality and complete vascular implantation/interventional device solutions for doctors and patients.

Leadartech, a company dedicated to automating chemical proteomics processes to accelerate drug discovery, announced the completion of a pre-Series A round of financing of nearly USD 6 million in December, which was led by Lanchi Venture Capital, with participation from Yongchao Venture Capital. The funding will be used to advance the development of its automated platform for chemical proteomics and the creation of the world's largest target-probe binding database at the human living cell level. Founded in 2017, Leadartech is the first biotechnology company in China and one of the first in the world to master breakthrough chemical proteomics technology. With the mission of leading the digital revolution of new drug discovery, it is committed to establishing the automation of target identification based on human living cell level and the world's leading target-ligand big data platform.

Biosion, a global biotechnology company with independent research and development capabilities, announced in mid December that it has completed a Series B worth over CNY 100 million. This round of financing is led by Guangfa Xinde, followed by Fang Sheng Fund, Yida Capital and Suxin Venture Capital. Founded in 2017, Biosion is dedicated to the use of proprietary antibody technology platform to develop innovative therapies to benefit patients in the treatment of immune and tumor diseases.

AcornMed announced the completion of a Series B financing round worth CNY 200 million in December. This round of financing is led by Yikai Venture Capital, followed by Li Chen Investment, Qingdao Hongteng and Pragmatic Capital, with Kun Quan Capital as the financial advisor. The funds raised will be used for the research and development, product registration and application, marketing and promotion of cancer early screening products. Since its establishment in 2018, the company has focused on the discovery of new biomarkers, and has launched a series of urine-based precision cancer diagnosis and treatment products to fill the gaps in early diagnosis and screening, medication guidance and curative effect prediction of uroepithelial cancer, prostate cancer and other cancers.

Brattea completed a Series C financing round worth hundreds of millions of CNY in mid December. This round of financing is jointly led by Jianxing Medical Fund and Fosun Health, followed by Xinyi Capital and Yiyao Investment and the exising investor Hengxu Capital. Dianshi Capital serves as the financial advisor. This funding will be used for the future commercialization of percutaneous renal artery dessympathetic radiofrequency ablation (" RDN ") for the treatment of hypertension, and the world's first transvascular radiofrequency ablation for the treatment of type 2 diabetes (" RDN "). "EDN"), further research and development of other core products, clinical trials and registration applications, market development, etc. Founded in 2013, Merilife is committed to building an international leader in active interventional medical devices for energy platforms.

Qitan Tech raised CNY 700 million from a Series C round of financing in mid December. This round of financing is led by Meituan, Capital Health Fund managed by Huagai Capital and the existing investor Boyuan Capital. Haoyue Capital acted as the financial advisor. The company will keep close to the market demand, continue to improve the product matrix, accelerate the launch of medium and high throughput sequencing platform while expanding more diversified application scenarios, increasing market development efforts, and expanding the commercial territory with the proceeds. Qitang Tech, founded in 2016, is the first company in China to independently develop nanopore gene sequencer and take the lead in commercializing it.

Redpine net hundreds of millions of CNY from a Series C financing round in December which is led by Yuexiu Industrial Fund, with participation from Stao Capital, Guocu Venture Capital, Caixin Private Equity and other VCs. The funds raised in this round are mainly used for capacity upgrading, product iteration and updating, and accelerating domestic and overseas commercial expansion. Founded in 2015, Redpine is a national high-tech enterprise focusing on the production, development and sales of disposable endoscope

Inner Medical announced the completion of the Series D worth nearly CNY 300 million in early December. This round of financing is led by Songhe Capital and Simiao Capital, followed by Cornerstone Investment, Chengshang Investment, funds of Minsheng Securities, Huatai Guoxin Medical Investment Fund, Ditze Investment, Anxin Light Salt Medical and Health Industry Investment Fund, and Longgang Financial Holding. The proceed will be used to expand and consolidate innovative product line research and development, capacity building, market expansion and team building. Since its establishment in 2015, Inner Medical has focused on the field of critical diseases and continued to provide high quality and innovative diagnostic and treatment solutions for the clinic. The company's product line focuses on gastrointestinal/respiratory cancer and cardiovascular diseases.

GenAssist Therapeutics announced that it has completed a Series A financing worth tens of millions of USD in early December. This round of financing is led by Astrazeneca Zhongjin Medical Fund, followed by BV Baidu Venture Capital and the existing investor Sequoia China. Thai Joint Venture Capital acted as the exclusive financial advisor. The proceeds will be used to advance preclinical studies, IND filings and clinical trials of the company's therapeutic pipeline of base editing technologies. Founded in July 2020, GenAssist therapeutics develops gene therapy drugs with significant unmet clinical needs based on the TAM base editing technology platform. The company's first product is indicated for Duchenne muscular dystrophy (DMD) family of gene mutations.

Supervision Tech, a research and development platform for eye disease treatment technology, completed a Series A round of financing worth nearly CNY 100 million. This round of financing is led by Fujian Capital Star Future Venture Capital Fund, followed by Mingheng Investment and Zhongzhi Group. The proceeds will be used to develop the world's first electric nystagmus regulatory product for clinical use and a next-generation implantable medical chips, as well as accelerating the development of new products for myopia correction. After this round of financing, Supervision Tech will actively explore internationalization strategy, cooperate with internationally renowned R&D and registration institutions, and jointly accelerate the process of FDA and CE registration of domestic original ophthalmic medical devices. Founded in 2018, Supervision Tech is a provider of high-tech medical instruments and treatment solutions for the treatment of difficult eye diseases.