Opportunities and Challenges Hidden in the CGT Industry in China

CGT (Cell and Gene Therapy) is a sector with high growth potential. CAR-T, as one of the main CGT currently, presents great value for both doctors and patients. This article showcases the industry pain points and opportunities faced in the CAR-T sub-sector. 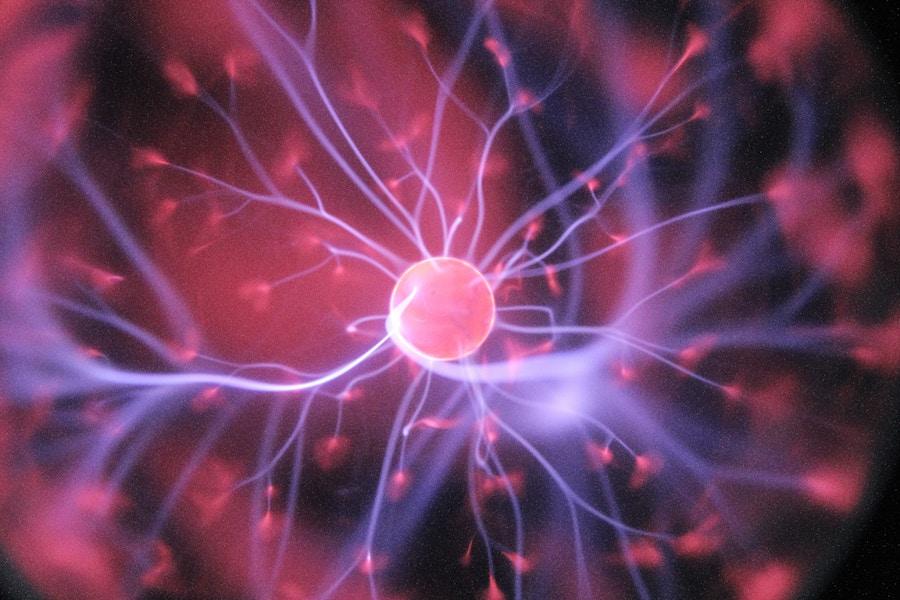 The adoption of CAR-T no matter in which country faces the same challenges: manufacturing capacity and delivery time issues, high costs, and concerns about long-term safety.

The manufacture of CAR-T is highly complex. Limited manufacturing capacity and long lead time are major influencing factors to treating more patients. Most of the CAR-T therapies use viral vectors such as AAV or lentiviral. The shortage of manufacture capacity is caused by low transfection efficiency, use of adherent cells, which limits volume and packaging efficiency. As a result, an average of only 1:100,000 clinically useful viral particles will be produced. The limited capacity also leads to at least four weeks lead times, which may be too slow for patients in the late stages of a disease.

Compared CAR-T with small molecule or large molecule, a one-time therapy at a high cost versus a more frequent therapy at a still high, but significantly lower costs, patients and healthcare systems may both find it hard to carry. For example, Bluebird’s gene therapy Zynteglo for patients with beta-thalassaemia came at a price of USD 2.8 million. Other CAR-T therapy, such as Kymriah or Yescarta, generally costs more than USD 300 thousand. So for insurance companies and healthcare system, tricky cash flow problems will occur if they handle large, one-time payments that may be cost-effective over the long term. However, bio-medical companies also find it difficult to break even considering tremendous R&D costs that reach 10 billion or more.

Safety problems related to toxicities are challenging limitations of CAR-T cell therapy. The first one is off-target toxicity when the modified T cell unexpectedly attacks an antigen rather than the intended one. The second one is on-target toxicity, which refers to a more common toxicity resulting from a direct attack on normal issues that have shared expression of the targeted antigen. Cytokine-release syndrome (CRS) symptoms is one of the representative toxicities of on-target toxicity. It occurs when administered CAR-T cells become extensively activated and result in the release of massive amounts of cytokines. This syndrome includes flu-like symptoms, hypotension, capillary leak, hypoxia, and severe CRS can lead to multi-organ failure or death. Neurotoxicity is another potentially serious toxicity observed in CAR T-cell therapy, and its manifestation ranges from confusion, delirium, and aphasia to some degree of myoclonus and seizure. 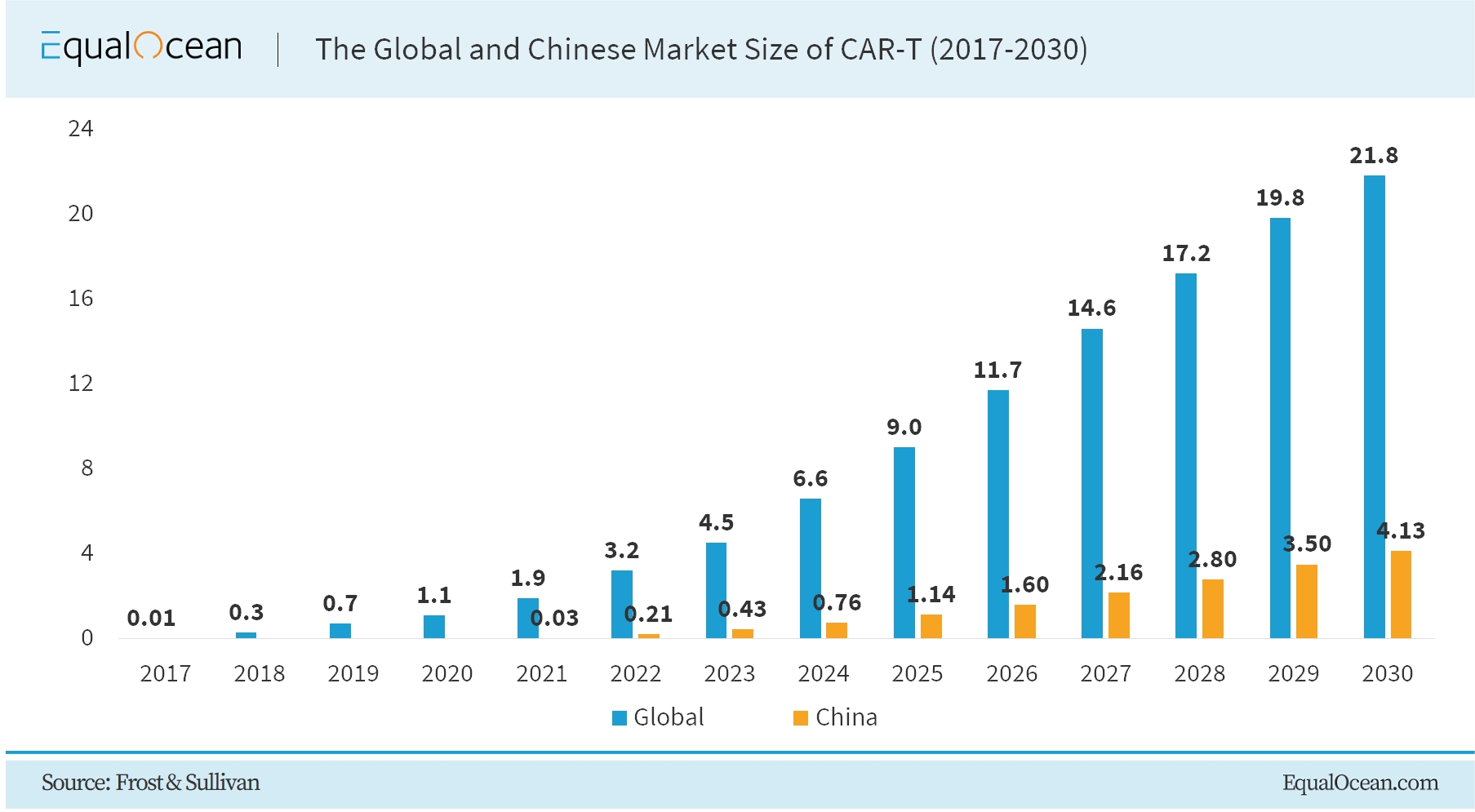 Despite potential benefits of CAR-T therapy, the high costs concentrated over a short period of time are hard for healthcare systems to carry. The benefits of expensive CAR-T therapy for rare diseases will be weighed against the relatively low-cost treatments for common ones. So legal and regulatory reforms to enable multiyear payment models are required for CAR-T therapy to become broadly accessible. Payers, biopharmaceutical companies, and patients need to collaborate to find a more affordable pricing mechanism. Now a few European countries adopted an outcome-based payment mechanism in which payer pays based on the therapy effect. Another one is the annuity payment mechanism in which payer pays a fixed price spreading over many installments only if the therapy continues to meet prespecified outcomes. In China, innovative drugs that enter into medical insurance are usually priced below 300 thousand, but CAR-T products are much more expensive. So the payment structure of CAR-T in the future remains an important hurdle.

CAR-T therapies on the market today are autologous which harvests T cell from each patient. The long cell processing time and high costs of autologous CAR-T therapy contribute to the to the appeal of the allogeneic CAR-T, or off-the-shelf, “universal” CAR-T. This therapy involves using T cells from donors’ circulating blood or sometimes umbilical cord blood. So allogenic CAR-T cells can be manufactured at a lower cost on a much larger scale and can be stored ahead of time. To deal with issues including graft-versus-host disease (GVHD) and the rapid elimination of T cell by the host immune system, corresponding approaches include the origin of T cells and the advent of advanced gene editing technology have been developed. Apart from using T cells derived from a stem cell transplant donor, virus- specific memory T cells and non- αβ T cells have also been considered. Researchers also use various gene editing technology such as base editing or CRISPR to delete HLA-I, TCR, or other parts on donor T cells. In recent years, many domestic and foreign companies are moving forward with different allogeneic CAR-T cell strategies and which player can first receive approval is still unclear. Chinese companies including Legend Biotech (Chinese: 传奇生物), BRL Biotech (Chinese: 邦耀生物),  Gracell Biotechnologies (亘喜生物), BioHeng Biotech (Chinese: 北恒生物), and PersonGen (Chinese: 博生吉) all participate in the advent of allogenic CAR-T. So it can be a promising field for Chinese biotech companies to make progress in.

Combination therapy that couple CAR-T cell therapy with another therapeutic agent, such as a checkpoint inhibitor, an oncolytic virus, or an RNA vaccine to enhance respective efficacy is introduced as a feasible strategy. When immunosuppressive tumor microenvironment makes it difficult for CAR-T cells to access and infiltrate tumors, checkpoint inhibitors can revert the microenvironment to enhance the efficacy and persistence of the CAR-T therapy. Take PD1 inhibitor as an example, some tumor cells will express PD-L1, the checkpoint that tells T cells not to attack cells expressing this protein. So the block of PD-1 can avoid antigen escape. BRL Biotech (Chinese: 邦耀生物) ’s CAR-T platform technology, PD1 specific targeted CD19-CART, can precisely insert CAR cassette into PD1 locus. The product combines PD1 immune checkpoint inhibition with CAR-T anti-tumor activity, generating effects of both anti-PD1 immunotherapy and CAR-T therapy. Other combination therapies have also been proved to improve CAR-T cell efficacy, prolong cell life cycle, and limit toxicities.

EqualOcean believes activated by supportive policies and abundant capital, domestic CAR-T therapy companies are expected to focus on the technology R&D and clinical trial, as well as prepare for commercialization. CAR-T will move from laboratory research to alternative treatment therapy, then act as an earlier line of treatment for many diseases. More common indications will be developed along with the combination of other technology. As Dr. Zheng mentioned, “CGT brings the promise of personalized precision medicine to life and it is a ‘live cell therapy’. With the rapid development of technology such as gene editing, synthetic biology, and cell engineering, cells can combine a variety of mechanisms and modalities. CAR-T is just a component of CGT filed.”