XiaoPeng Motors released the configuration of its first production electric SUV, the Xpeng G3, which is a model has a similar positioning with Tesla Model Y. Take a glimpse at G3's intelligent configuration. 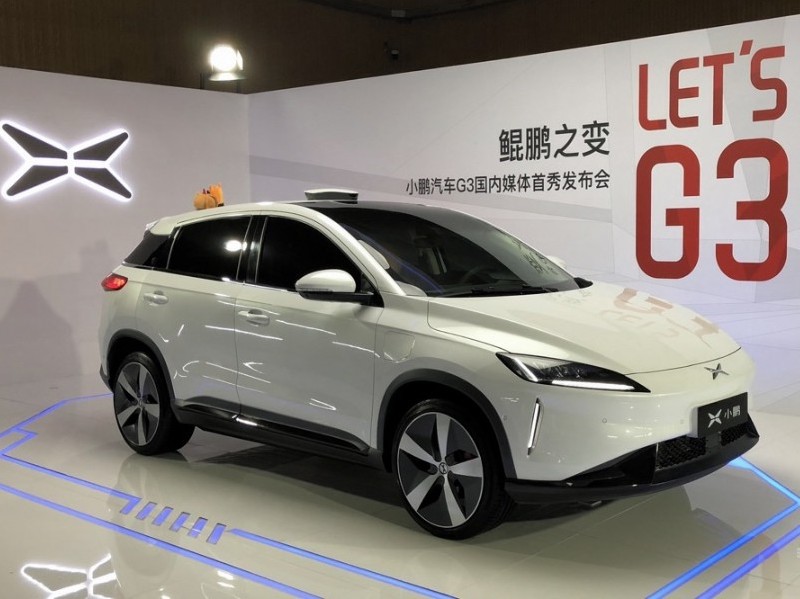 Nov. 7, 2018, XiaoPeng Motors released the configuration of its first production electric SUV, the Xpeng G3, which will be started to deliver to customers this December according to HE Xiaopeng’s speech on a conference held by GGV recently.

As a compact SUV, G3 has a similar positioning with Tesla Model Y. Although it has not been released yet, the official price of Xpeng G3 is supposed to be USD 29 - 40 thousand (not including incentives), also similar with Model Y’s predicted price at USD thousand.

Xpeng G3 has a length of 4450mm and wheelbase of 2610mm, an electromotor offers the maximum power of 145kW and maximum torque of 300N•m. In terms of battery, Xpeng G3 adopts liquid-cooled lithium battery pack with a range of 351km and 365km (NEDC).

HE Xiaopeng (何小鹏), the CEO of Xiaopeng Motors, used to said Xpeng G3 was designed to “not only be a normal vehicle, but also a user-friendly smart vehicle”, however which turned out to be only smart with the Medium and Premium models, and the Basic Model is quite normal EV without any smart features, according to the configuration information.

The following configuration table shows the exact differences between the Basic Model and two mid-high-end models: 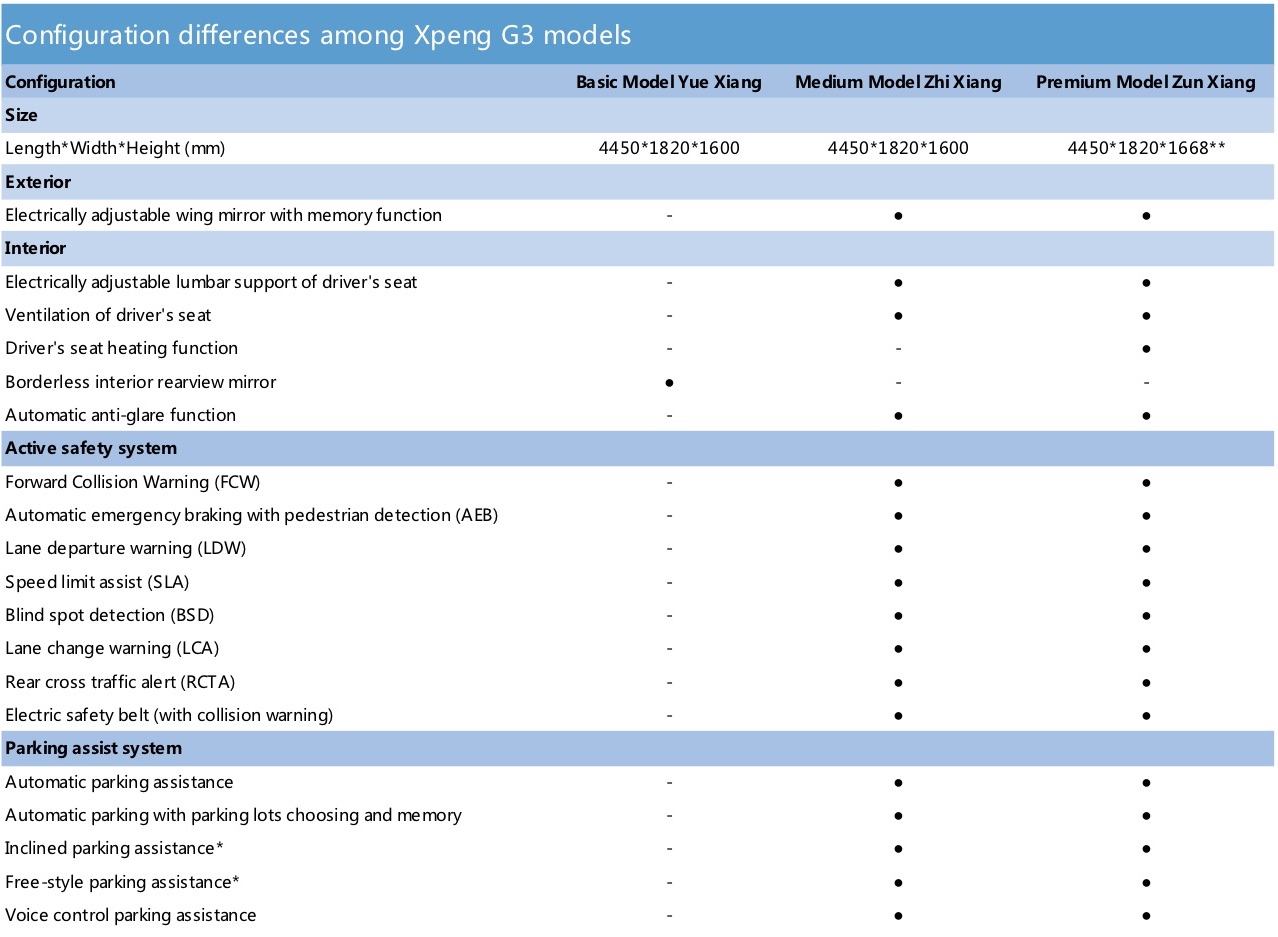 This news was also contributed by Zhang Yuzhe with an earlier article in Chinese. Feel free to contact the author via ZhangFan@EqualOcean.com