Founded in 2011, Tuhu is car service and product provider in China. Starting from selling tires only to current 13,000 cooperative stores, Tuhu is building an empire of car service. 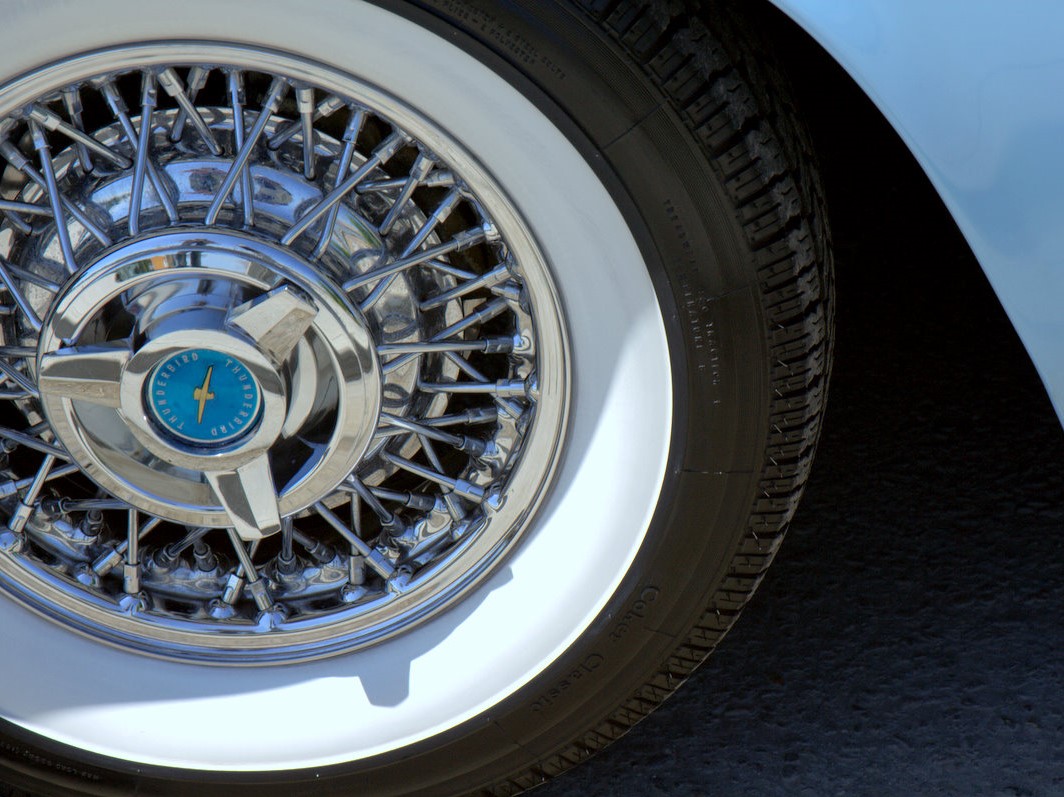 Founded in 2011, Tuhu(途虎养车) is car service and product provider in China. Starting from selling tires only to current 13,000 cooperative stores, Tuhu is building an empire of car service. In September 2018, Tuhu closed its series E in amount of USD 450 million led by Tencent Holding, Sequoia China, and CCB International. Depending on exposed data, Tuhu has raised over USD 600 million.

Car service market has been neglected for long as only a few realize the market takes over 20% of the whole automobile industry. While giants are competing for auto market shares, the car service market is comparatively cold and unnoticeable. Every on-road car will need various types of car services including car washing, examination, modification, and others. In China, on-road cars number has reached 217,000,000. With an average increasing rate over 10%, the car service demand is expected to accordingly increase. 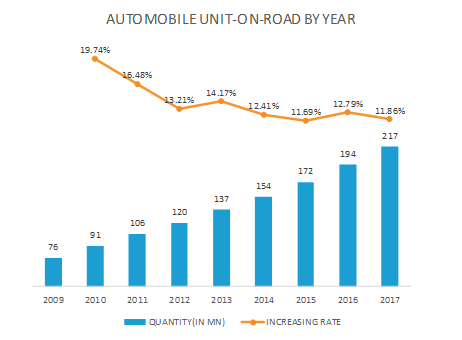 Annually, household cars sold in China is close to 30 million. With an increment of 30 million, the car service market is full of potential in market expansion. By now, the car service market is relatively peaceful, but the challenges are always waiting aside. In 2015, numerous car service companies went bankrupt, which was the same year that the capitals threw in the most in quantity and volume. Since 2015, the investment activities has shrunk both in number and in size. 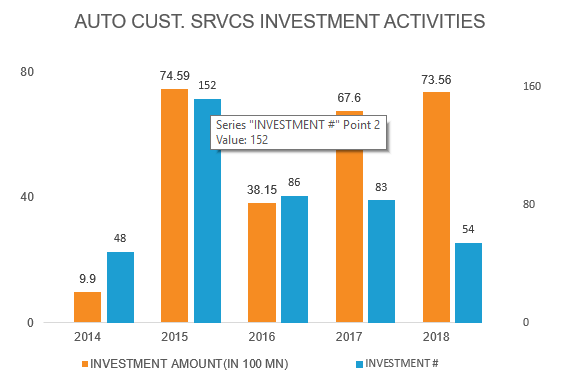 The side effect of 2015’s bankrupt wave did not bring Tuhu away. Since 2015, Tuhu has received four series of funding and strengthened its infrastructure. By far, Tuhu has covered over 19 provinces and 266 cities with over 13,000 cooperative stores. Worth to mention, Tuhu is an O2O(online-to-offline) car service provider and hence it can only distribute its online orders to its cooperative car service stores which are geologically closer to its customers.

Comparing to its biggest competitor, Qichechaoren(汽车超人), Tuhu is weaker in offline distributions. Qichechaoren has over 300 core car service stores and 6,000+ cooperative stores. Unlike Tuhu, Qichechaoren is funded by the public company, Zhejiang Jingu Co. Ltd(Jingu). However, the history of Qichechaoren is full of struggles. Jingu funded Qichechaoren for over CNY 5.4 billion (USD 794 million) in two years. Shortly after receiving the second funding from Jingu in 2017, nearly 50% employees lost their jobs during Qichechaoren’s mass layoff, while Qichechaoren cutting off 70% of stores to adapt to market and improve profitability.

In 2017, China's car service market exceeded CNY 700 billion. Along with car market's growth and upgraded consumption level, car service market is yet to boom. Before 2015, the car service market's growth rate maintained above 25%. After a massive market selection in 2015, the growth rate droped to 10%. Tuhu, as an O2O provider, is benefiting from the market growth. So far, 4S stores occupy over 40% of the car service market. But 4S stores are comparatively more expensive than general home-run stores. Nevertheless, home-run stores are not standardized and hence might introduce other problems. Whether 4S stores or home-run stores, customers are facing a common embarrasing situation - information asymmetry. The difficulty in finding a reliable inforemation sources and platforms troubles car owners. Tuhu and other similar car service platforms were born under such situation. Platforms offer price comparisons of varied types of products and services and enable customer to order products or services directly. A digitalization trend in car service industry gave Tuhu and other O2O car services opportunities to grow and expand.