Ping An Good Doctor released the first annual report to the public. The drops in online family doctor's gross profit rate and percentage in revenue composition have made investors worry its short-term profitabilit. 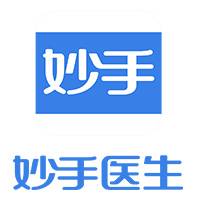 The family doctor role in China is yet to be formed since current healthcare resources and structures have restricted the development of family doctor profession and caused clinics and hospitals’ comparatively low efficiency. Urgent care and family doctors that based on the internet have attracted ventures and investors since several years ago. Ping An Good Doctor’s performance during the past years did not give a positive answer to questioners. Miaoshou Doctor (妙手医生), as another company providing online clinic service, received series C+ financing in a total of CNY 500 million (USD 72.8 million) in January 2019. Miaoshou Doctor has been exploring possible outcomes based on its internet platform service such as assisting local hospitals and clinics to build internet hospital, online consultation, healthcare monitor and management, and so on.