As the first listed company among several newcomers in China's EV market, NIO has heard a few skeptical voices. But it must overcome that. "Uneasy lies the head that wears the crown, " said Shakespeare. 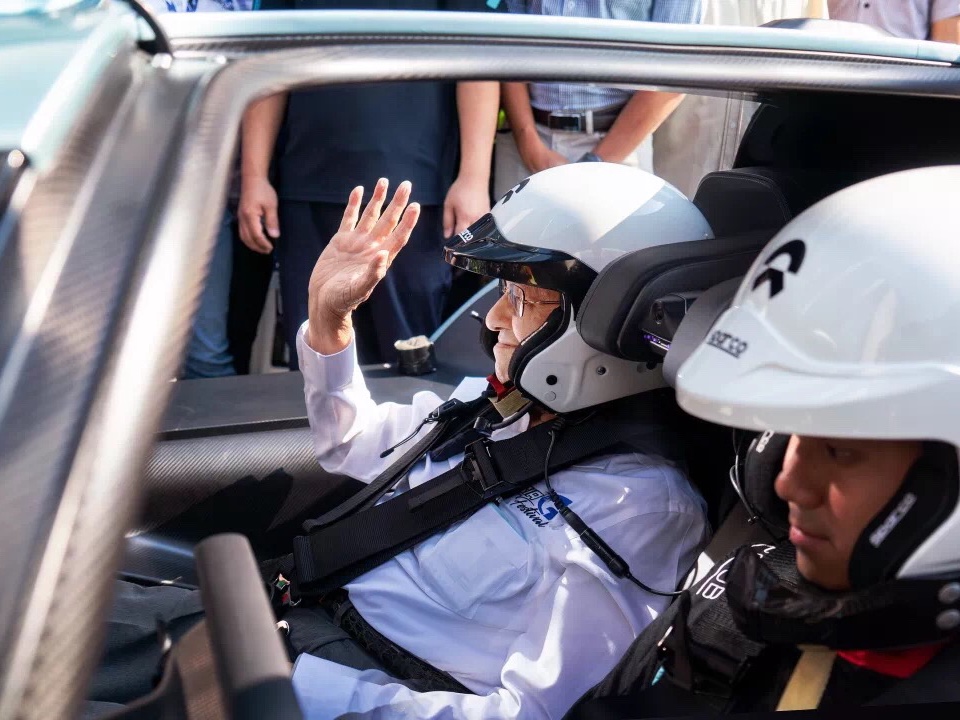 NIO (NYSE: NIO, 蔚来), a pioneer in making Electric Vehicles in China, was called as“China’s Answer to Tesla” or “the Copycat Tesla” by the public since the day it was founded. The company can never get rid of that label, at least for now.

ZHANG Wei, the chairman of Shenzhen Co-Stone Asset Management, criticized that NIO was burning cash at a more staggering scale than that of Tesla at NIO’s stage after comparing the two company’s financials.

ZHANG Wei claimed that China's EV newcomers have limited technology accumulations, which will trap anyone who wishes to surpass traditional automakers in the aspect of EV manufacturing. NIO generated a positive 3.7% gross profit in Q4 2018 for the first time but remained a negative net profit.

China auto market is grappling with weaker demand after three decades of staggering growth. Total passenger vehicle sales in Jan was 2.02 million units, falling 17.7% year-on-year, the biggest drop since the market began to contract in Jun 2018.

Authorities were aware of that and launched a tax incentive policy to boost sales. Chinese Premier LI Keqiang (李克强) said last week that Beijing would slash the VAT on manufacturers from 16% to 13% on April 1. The lower rate would lead to about a 2% price cut on finished cars, according to CUI Dongshu, secretary general of the China Passenger Car Association, South China Morning Post reported. Mercedes-Benz, BMW, Lincoln, Land Rover, Jaguar, and Volvo reacted soon and announced that they would lower retail prices on their models, cutting their models price down by around 2.5%.

NIO once claimed that it will never cut the price down as Tesla has lowered its retail price in China. NIO’s co-founder and president QIN Lihong emphasized the company will not be vulnerable under decreasing subsidy policy in an interview with us (see more in this article). “Decreases (of subsidies) only account for around 10% of the average NIO vehicle price, however, 30% for other entry-level brands and models,” QIN said.

Suffering from the profitablitly and cash burning issue that we mentioned above, NIO is also criticized about its own manufacturing and delivery capability.

Kaplan Fox & Kilsheimer LLP has filed a class action suit in the United States District Court for the Northern District of California against NIO on March 12, 2019. At the same day, Rosen Law Firm announced it has filed a class action lawsuit on behalf of purchasers of the securities of NIO from September 12, 2018 through March 5, 2019, inclusive (the “Class Period”).

NIO has been exposed to concerns on the company is actually “experiencing material adverse trends that were negatively affecting the Company's sales and revenue," according to Kaplan Fox & Kilsheimer LLP.

Apart from that, “reductions in government subsidies for electric cars would materially impact NIO’s sales”, claimed by Rosen Law Firm, “NIO’s business, operations, and prospects were materially false and misleading at all relevant times. When the true details entered the market, the lawsuit claims that investors suffered damages.”

We’ve reported that the company canceled its factory building plan in Shanghai, declared by the company on its recent earnings reports. NIO will keep relying on its contract manufacturer JAC Auto, a state-owned auto manufacturer.

"The Company and several of its directors and officers have been named as defendants in a number of putative securities class actions in various U.S. courts.  Plaintiffs in the lawsuits allege, in sum and substance, that the Company’s statements in certain of its public filings were false or misleading and in violation of the U.S. federal securities laws. These actions are at their preliminary stages.  The Company believes these allegations are without merit and will defend itself vigorously," NIO replied to us regarding this issue.

As the first listed company among several newcomers in China's EV market, NIO has heard a few skeptical voices. But it must overcome that. "Uneasy lies the head that wears the crown, " said Shakespeare.