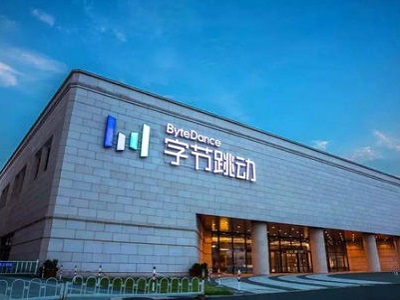 The Bytedance’s ambition in the game industry gained achievements in recent days. According to Qichacha’s data, the Shanghai Mokun Digital Technology Company was acquired by Bytedance. The legal representative of Shanghai Mokun Digital Technology Company changed into ZHANG Lidong (张利东), the senior vice president of Toutiao, which is the company operated by Bytedance.

According to the information source, Bytedance showed its strategy that it would pay attention to the game industry and would fighting with Tencent in more fields. To be honest, the Bytedance started its game strategy from a long time ago. Currently, with the huge data from Toutiao (今日头条), Douyin (抖音), Huoshan (火山小视频), Bytedance is extremely popular among the game manufacturers.

In Jan 2018, ByteDance began to start its business of game broadcast with Watermelon Video. In Jun 2018, ByteDance began to hire the game players as the anchors and took short videos for famous anchors such as ZHANG Daxian (张大仙). On Jun 14, 2018, Toutiao introduced the “Daliy Game”, which includes the contents about different kinds of game productions. In Aug 2018, Douyin opened its official Douyin Game account to promote the mini-game function. The founder and CEO of ByteDance, ZHANG Yiming (张一鸣), actively share the game-related info on the official account. On Feb 18, 2019, mini game names “Music Balls” was uploaded on Douyin. It’s clear that the ByteDance is invading the core business of Tencent—game.

The Shanghai Mokun Digital Technology Company was founded in May 2013 and focuses on the developing of Internet games. The company has published famous games such as Quanmin Wushuang (全民无双), Juezhan Wulin (决战武林), Zetianji (择天记), and is actively developing mobile phone games with great IP, for example, One Piece. According to Li Songlin (李松霖), the analyst from i-Research, the Shanghai Mokun Digital Technology Company has the ability to develop games independently. With the acquisition of Mokun, ByteDance could successfully solve its problems and difficulties in game developing, and it’s an essential way for the ByteDance to invade game field. The game would be the fastest way to transfer the data into money.

However, according to an experienced person from the game industry, during the past 2018, the game industry decreased a lot because of regulations and licenses. Whether the ByteDance could gain success in the game industry still requires research and study. On the other hand, Tencent, as the largest game manufactures in China, may have opposite strategies to ByteDance, which may make it harder for ByteDance to enlarge its game business.