Rokid Helpes 360 to Publish MAX, The First Smart Speaker of 360 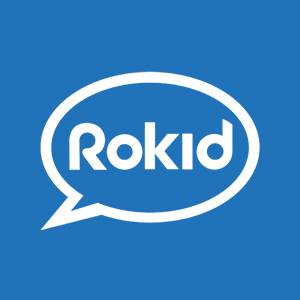 On Mar 28, 2019, 360 published its AI smart speaker, MAX, which cooperated with Rokid. MAX is equipped with the AI chip, KAMINO 18, which is developed solely by Rokid. On the other hand, MAX also uses the Yoda OS, the Rokid’s AI operating system, and Rokid’s voiceprint recognition technology.

Users could easily wake MAX up by simply speaking “Xiaobao Xiaobao” or “Xiaobei Xiaobei”, which are short and easy chines names. According to ZHOU Hongyi (周鸿祎), the founder and CEO of 360, the MAX has good noise reduction and processing ability, thus guarantee the MAX has a high awakening rate.

Comparing with other Internet magnates such as Baidu, Alibaba, Tencent, Xiaomi, Lenovo, Suning and iFlytek, the 360 is a newcomer for this industry. However, with the strong AI technology of Rokid, what could MAX bring to the market is still known.

The smart speaker becomes known to us after the publication of Echo, which is Amazon’s production. Afterwards, giant Internet players such as Alibaba, JD.com, Apple took actions quickly, and smart speakers such as Tmall Spirit, Dingdong were published one by one. As the import IoT equipment, the smart speaker could connect the internet and AI technology with almost all the facilities which support IoT technology.

According to the reports of Strategy Analytics, in 2018 Q4, the global shipment of smart speaker reached 38.5 million with a QOQ growth 95%. Alibaba, Baidu, and Xiaomi ranked top 5 of the list. Alibaba has a QOQ growth with 30% and occupied 7.3% of the total market, while Baidu faced a QOQ decrease of 5%.

After the violent competition, there are only 3 giant players in the smart speaker industry: Alibaba, Baidu, and Xiaomi. With the increasing shipment and decreasing subsidy, the only way for companies to win the market share is to cut down their hardware cost. In this way, the MAX which has advantages in the algorithm, and could recognize the voice print, may lose its competitiveness.

The KAMINO 18 developed by Rokid could cut down the price and energy consumption to a large degree while guaranteeing high performance. With KAMINO 18 chip, MAX could gain competitiveness with a relatively lower price. On the other hand, the Yoda OS is an open-source community which allows the developers to change the inner design of the OS. Plus, Yoda OS could combine with facilities such as Wifi, Bluetooth, and increase the comprehensive developing efficiency.  Rokid is an AI startup with its own security department. For every solutions or production, Rokid security department would check at the first time, and help its partners to eliminate the potential safety hazards and protect the user’s rights. In 2019 Q1, Rokid’s AI technology has served famous companies including Tuya, TCL, China Mobile, 360 and Skyworth.

Rokid also has invented a VR glass names Rokid Glass, which could work as an AI assistant while not as heavy as Google’s. According to the PR director of Rokid, the glass has received orders from many police institutions all over the nation.