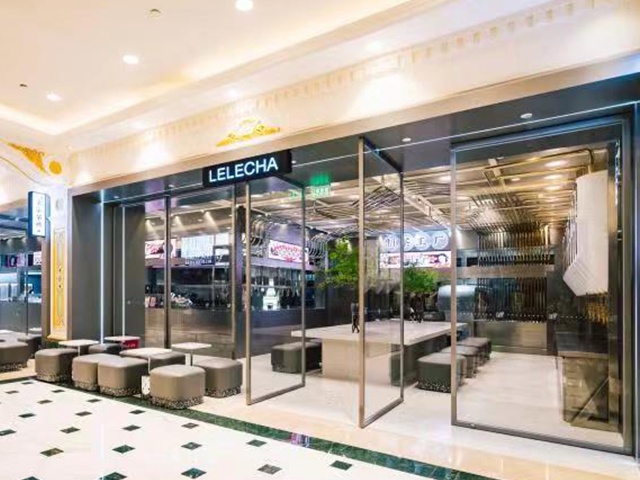 Lele Tea plans to use this financing round toward store expansion and strengthen the company’s supply chain and data system. “This financing will allow Lele Tea to gain an advantage in product differentiation and win a larger market share,” WANG Jian (王建), Lele Tea’s CEO and co-founder said. Its differentiation comes from creating high quality and innovative product that resonates with users.

The company is preparing to launch its Series A financing round with LighthouseCapital as the exclusive financial advisor.

Regarding the industry, Vertex Venture Holdings comments that the catering market is growing at a rapid rate. It focuses on “young people’s consumption” and to take advantage of large opportunities. Lele Tea expected to have “excellent performance in product quality, brand culture, new product iteration, and store operation.” As the Chinese tea start-up expands, it plans to “further consolidate its brand influence.”

Traditional brands and channels are facing subversive challenges. However, the tea sector became more sophisticated in marketing, brand IP, and products.” He emphasizes that these points help pave the route for new tea establishments.

XUE Min (薛敏), Lighthouse Capital’s executive director, also put in his two cents on the new tea market’s potential. “New tea is welcoming new industrial upgrades. The fast-food industry has at least two industry giants that have settled due to their respective differences. We also believe that Lele Tea is one of them.”

Lele Tea’s direct competitors are HeyTea and Nayuki. While HeyTea mainly uses imported products such as cheese from New Zealand, Lele Tea appears to latch onto the healthy concept. All products are made in-store, emphasizing that hand-made products “presents a rich layer of taste.” This has won praise from its consumers.

Additionally, Lele Tea’s market expansion strategy is localization. By selling “city limited” series, the start-up integrates its products with the local culture. The store design also caters to the taste of local residents. Whether Lele Tea’s overseas expansion plan will succeed may also depend upon how great its country localization strategy while preserving its roots.

Lele Tea is also quick to jump onto social media. In Xiaohongshu, the company has more than 11 million playbacks and more than 8 million Weibo interactions. While HeyTea is more WeChat and Weibo oriented, it may ultimately boil down to a battle on who’s more effective on using social media.

Lele Tea first opened in Shanghai in Oct 2016. Since then, the start-up opened 30 stores in commercial centers in tier one cities (Beijing, Shanghai, Guangzhou, Hangzhou, Nanjing, and Xi'an). The company aims to keep things fresh as it launches 2-3 products every week.