The competition of AI chips is becoming more fierce, more start-ups and international magnates joined into this industry. 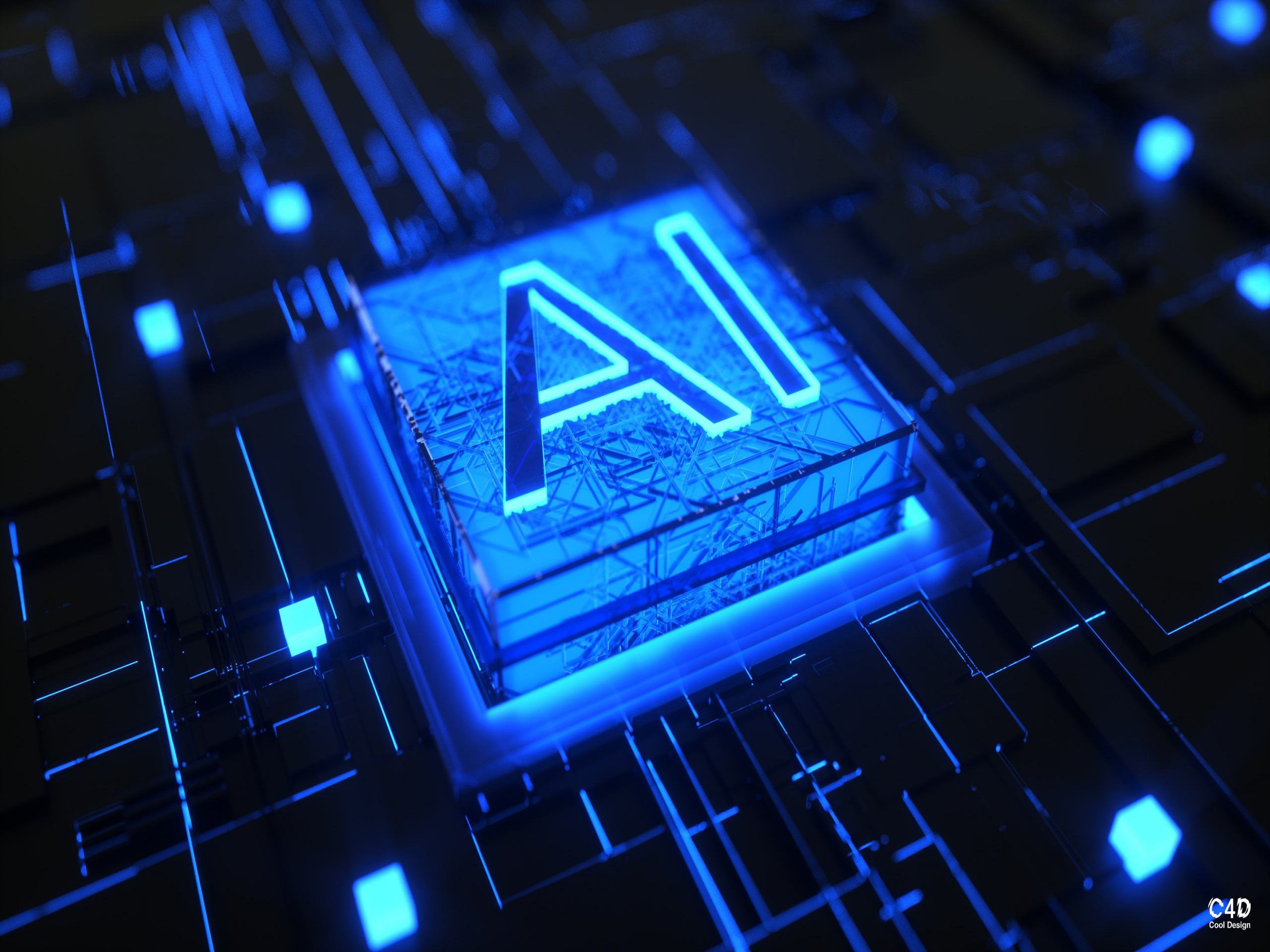 On Jan 4, 2019, AI Speech published its own AI chip TAIHANG, which has a complete AI algorithmic instruction set and the hardware acceleration engine. This publication marked the competition of AI chips industry in 2019 has officially started. In addition, Horizon Robotics, an AI chip company focuses on edge computing, completed its series B financing with USD 600 million. After the financing, it was evaluated more than USD 3 billion. On Mar 19, 2019, NVIDIA held its GTC summit in San Jose, California. During the summit, NVIDIA published Jetson Nano, which is an edge computing production with only USD 99 price. With the development of the AI industry, the human world changed a lot and AI chips, as the infrastructure and core hardware of AI, are attracting more and more attention and capitals.

According to Gartner, the total market size of AI chips is about USD 4.3 billion. However, by 2022, that number would be USD 34.3 billion. With such an energetic market, lots of start-ups joined the AI chip industry. Famous AI chip startups such as Horizon Robotics and Cambricon emerged in China. In the U.S., Internet magnates such as Google and Amazon also invest a lot on the development of AI chips. 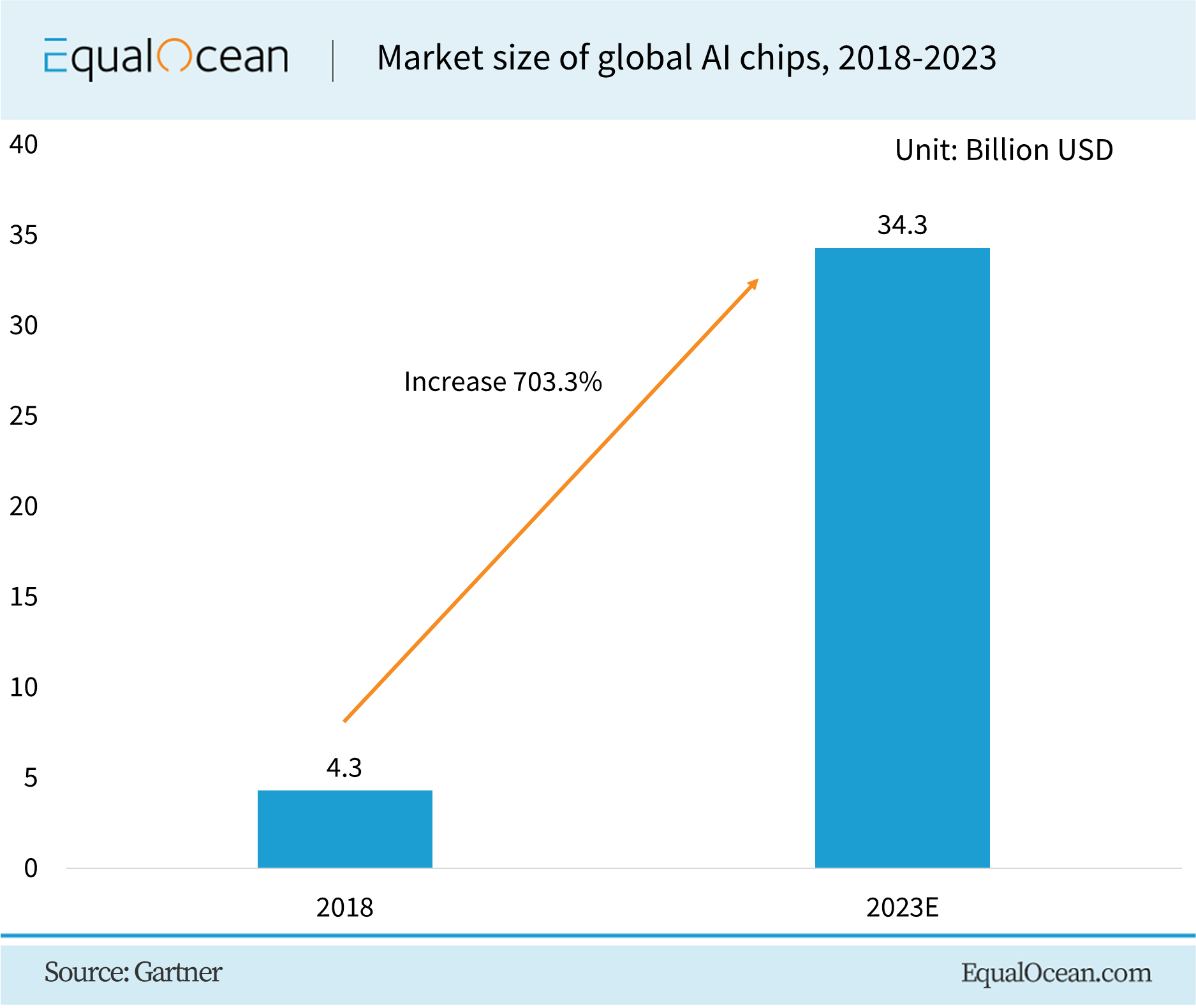 Tencent Institute showed that so far, there are 33 AI chip manufacturers in the U.S., and in China, there are more than 20 enterprises with more than USD 3 billion of the total financing. The development of AI chips requires a lot of investment. For example, the 28nm AI chip requires around USD 25 million for its R&D, and the AI coprocessor requires USD 8 million to develop. Chinese government paid a lot of attention to the development of AI chips and regards the AI chips as the opportunity to gain a leading position in the whole IC industry. On Jul 2017, the Chinese government published the “Development Planning for a New Generation of Artificial Intelligence”, which regards the AI chips as the foundation of the development of the AI industry. 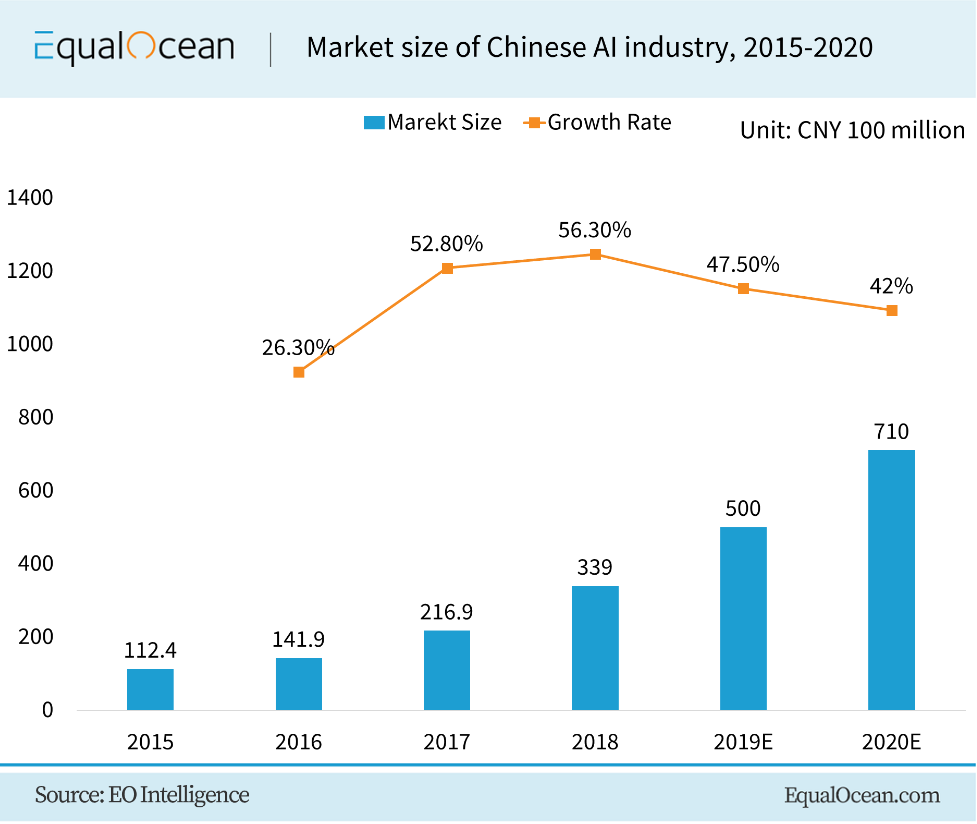 International magnates are competing in the AI chip industry

Lots of international magnates joined in the AI industry. For example, Amazon has been paying attention to the AI chip industry for a long time. After all, in terms of cloud computing, the AWS generated a large demand for AI technology. In addition, in terms of IoT, the enlarging of Alexa and Echo urges the breakthrough of AI chips. By the end of 2018, Amazon published Inferentia, which is an AI chip that specifically used for machine learning. The Inferential has a strong computing ability which is equal to the mainstream CPU of Intel. Inferentia aims to promote the AI voice connection efficiency and lower Alexa’s reliance on cloud computing.

Google, on the other hand, published Edge TPU, which could accelerate the machine learning on devices, and could also match with the Google Cloud. The Edge TPU can deal with the data directly on the devices, which can not only protect the private information but also cancel the needs of high performance and more energy. The magnates could make use of its resources and financial advantages to gain more market share, and it would be increasingly harder for start-ups to survive.

IoT devices might be the largest application scenario of AI chip

Currently, AI technology is greatly applied to IoT devices such as smart speakers, smart TV, etc. The huge number of smart IoT devices generates a great demand for AI chips, which would bring a great financial benefit to the manufacturers. Currently, more than 100 devices that combined with Alexa were sold. According to the data of Strategy Analytics, in 2018, the shipment of the smart speaker, Echo, was more than 86 million. The publication of Amazon’s AI chip means that there will be an updating of the performance-ratio and technology of Amazon’s IoT devices. Meanwhile, the Echo, the smart speaker, would have a better mobility performance, because of the lower energy consumption of the AI chip.

On the MWC held in Feb 2019, Qualcomm, which is one of the largest chip manufacturers in the world, announced that it would cooperate with Tuya Technology. Qualcomm would provide AI chips for Tuya, and the chips would be applied to the security productions such as smart doorbell and IPC.

Google, on the other hand, also makes use of its AI chip productions to accelerate the commercialization of the IoT devices. By the end of Jan 2019, the Google Assistant has supported more than 1 billion IoT devices. According to the vice president of Google Assistant, among the 1 billion devices, the number of smart speaker and other smart home-related devices increased a lot. With the Edge TPU, which is Google’s AI chip, the sensor and other facilities could manage the data in higher efficiency, and better user experience.