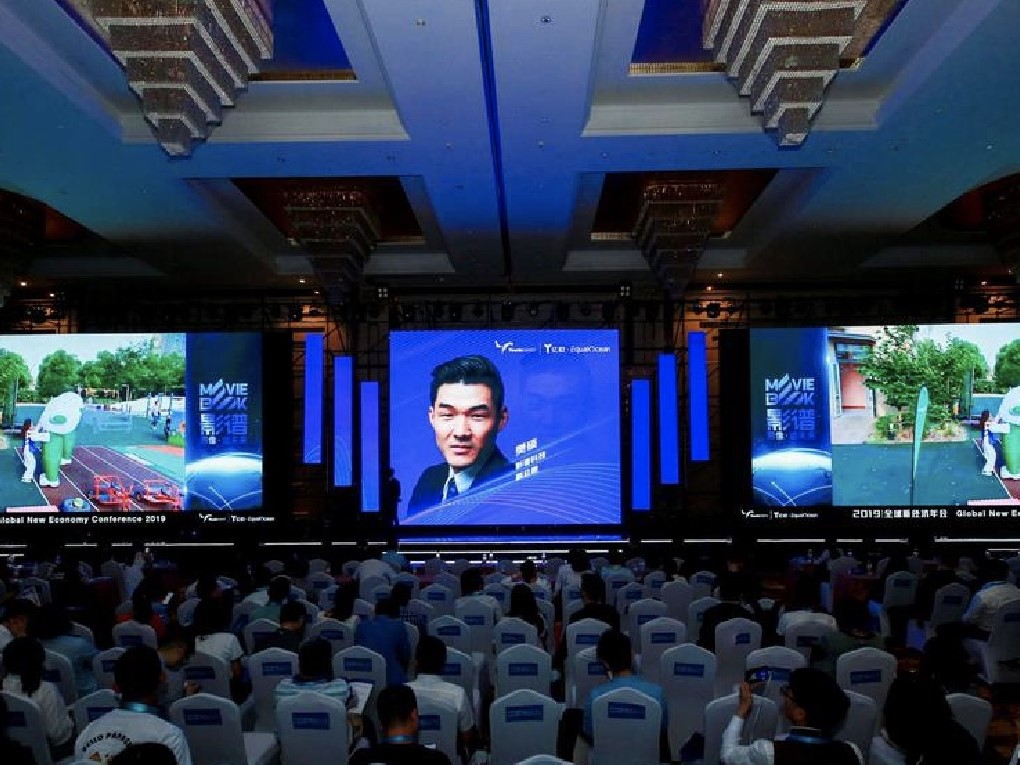 Fan Shuo (樊硕), the vice president of technology of Moviebook (影谱科技), spoke at Global New Economy Conference on 2019 (全球新经济年会) on June 12. A Chinese company in intelligent video technology, Moviebook dedicates to AI + entertainment. At the conference, Fan Shuo discusses the development of content advertising and how AI revolutionizes the industry.

The content industry could be perceived as developing from text to image, as the user demand advances through time. Dominant content companies transition from web portals such as Sohu.com, Sina.com, 163.com(NetEase) to image-oriented social platforms such as BAT, Weibo, and Twitter, etc. Visualization is a hot topic in the rise of the new content economy, in accordance with the human appeal to multi-dimensional information.

Lack of exposure opportunities: Traffic platforms are facing the following dilemma: extending the length of pre-roll ads increases revenues but decreases monetization opportunities because of inferior user experience; at the same time, paid members wouldn't see the advertisements. By inserting ads into online video contents, it increases the exposure rate and avoids embedded ads being cut.

Measures of effectiveness: It's hard to measure and control how effective in reaching users.
AI-enabled ads not only accurately deliver ads but also monitor the output, allowing examinations of effectiveness by checking monitoring, clicking, and conversion rate.

According to Fan Shuo, tech companies can be divided into three levels: basic infrastructure, applicable functions and user interactivities. Companies focusing on user interaction tend to have higher valuations, while other companies could end up being merged.

He believes infrastructure technology like AI could empower the whole industry. Taking advertising as an example, firstly, AI advertising changed the whole cost structure where shooting is no longer needed. Second, it enables record retrieval and data control. Third, it achieves customization.

The company was listed on NEEQ (新三板) in 2016 but announced terminating stock listing this January. It is reported that Moviebook is to file listing application on SEE STAT Market.