An insider who did not want to be named said that Xiaohgonshu signed a quite "clear contract" during the last round, striving to be independent, not an affiliate of Ali's ecosystem. 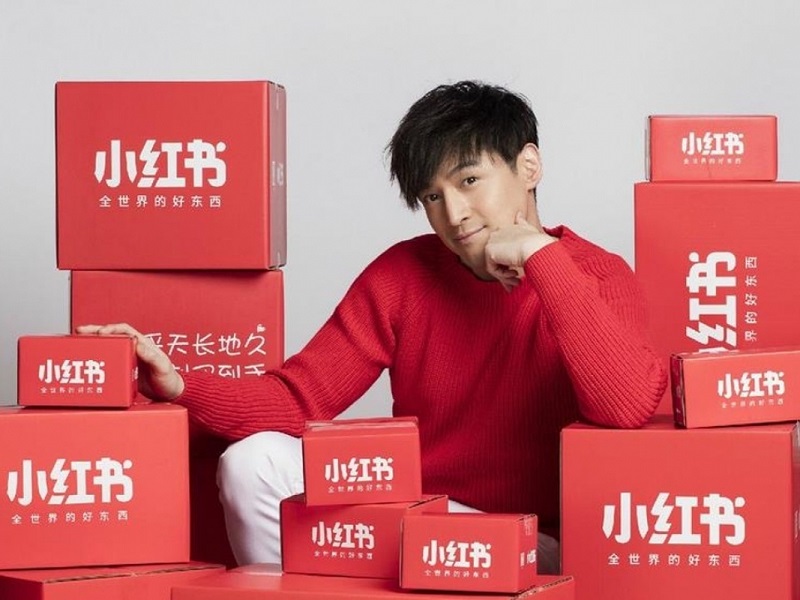 Xiaohongshu (小红书), also known as RED, is a social media and e-commerce platform in China. After raised USD 300 million in its Series D fundraising on May 2018, it is seeking another round of funding with USD 500 million, possible investors are Vision Fund under Soft Bank, Sequoia Captial and Hillhouse Capital, citing people with knowledge of this matter.

Founded in 2013, Xiaohongshu is one of the fastest growing platforms in China. It reached over 200 million registered users at the beginning of this year, with the post 90s generation being the most active group. Users share short videos and photos about fashion, beauty, food, travel, and much more on this lifestyle sharing platform, as Xiaohongshu called itself.

Since lots of its users generate shopping-related information, Xiaohongshu inevitably becomes a hybrid of social media and e-commerce. Although the company describes itself as a content-oriented social platform, the commerce side flows seamlessly from the social side.

8% of Xiaohongshu users would make an order on the app after reading the sharing notes, compared with 2.6% who do the same on Tmall, China’s largest marketplace for brand goods, owned by e-commerce giant Alibaba.

When the company held a shopping festival for its 4thanniversary in 2017, Xiaohongshu exceeded CNY 100 million in sales revenue within two hours. At the same time, other e-commerce platforms with a social gene have emerged with eye-catching performances: Pinduoduo (拼多多), the social e-commerce leading brand, listed on NASDAQ within 3 years of inception. Yunji (云集), another social e-commerce brand followed to listed on NASDAQ in its fourth year of establishment.

On the other hand, the traditional e-commerce giants like Tmall, Taobao and JD.com have experienced the slowdown of the increase rate of its users, the cost of acquiring customers keeps increasing while the traffic bonus from first and second-tier cities are going down as well.

Under these circumstances, Alibaba Group, the parent company of Tmall and Taobao, would never wait for opportunities. It took the lead in Xiaohongshu's last round of funding, obviously not only interested in the return of its investment.

Famous for its strong and controllable investment logic, Alibaba clearly stated that it will not invest or acquire for purely financial reasons, but will focus on strengthening Alibaba's ecosystem, creating strategic synergies and improving the company's overall value. Most of the projects acquired by Alibaba experienced the first few equity investments in the early days and then the fate of the overall merger.

Xiaohongshu, after invested by Alibaba, was also suspected of being controlled by the powerful investor. On February this year, the company had adjusted its third-party e-commerce department, which used to be an independent one, to its social brand department. Rumors said the changes, maybe unwillingly, were to transfer Xiaohgonshu to a traffic generator for Alibaba's own e-commerce platforms.

The new round of funding, with an expected valuation of USD 6 billion, would somehow free company to some extent from Alibaba's control. An insider who prefers to stay anonymous said that the Xiaohgonshu signed a quite clear contract (a contract without too many additional terms or obligations) during the last round investment, striving to be independent, not an affiliate of Ali's ecosystem.

By emphasizing its social and sharing trait of the platform, the company keeps weakening its “e-commerce” label. The highly saturated online shopping platform is no longer fancy in China, Xiaohongshu, in its trying to find a balance between content sharing and e-commerce.

With 70% of its users born after 1995, the representative of Generation Z and future purchasing power, Xiaohongshu would be the company that best knows the next generation of consumer trends and it wants to tell the public and capital about a story with bigger imagination.