3D printing manufacturer LuxCreo (清锋时代) announced its series B round of financing of USD 30 million as China is closing the gap on the adoption of 3D printing. 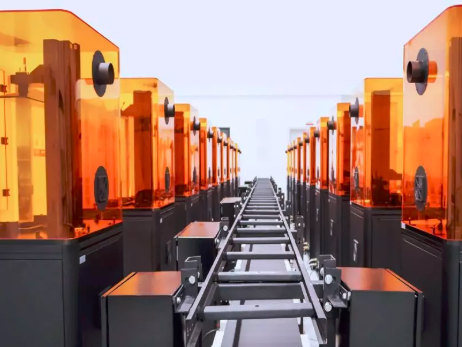 3D printing manufacturer LuxCreo (清锋时代) announced its series B round of financing of USD 30 million as China is closing the gap on the adoption of 3D printing. The new round is led by Kleiner Perkins and followed by Shunwei Capital (顺为资本) and Northern Light VC(北极光创投).

3D printing, often referred to as additive manufacturing, a process of building a 3-dimensional object by adding material layer by layer from a computer-aided design (CAD) model, has been a buzzword globally since 2011.

China only caught up with the trend around 2014. According to Qianzhan Intelligence, the industry developed rapidly from 2015 to 2017, with growth rate over 100% year-over-year. During 2017 to 2018, the growth slowed to around 25%. China's 3D printing market was estimated to worth USD1.8 billion in 2018. The additive manufacturing technology is a priority for China, according to China Daily.

LuxCreo has developed a beta version of customized 3D printed sole design software, enabling personalized sole data and models. At the same time, the company works on the elastic material upgrade and expects to use it in mass production of soles with the help of LEAP technology.

Carbon, LuxCreo's U.S. counterpart, partnered with Adidas in 2017 who wanted to escape the limitations of traditional footwear manufacturing. They have launched Futurecraft 4D shoes and put into mass production, with over 5,000 pairs released in 2017 and additional 100,000 in 2018. The partnership shortens the period of shoe production from around 15-18 months to 11 months.

From a global perspective, the Gartner Hype Cycle indicates that 3D printing service bureaus, 3D printing creation software and material extrusion technology has been adopted successfully as of July 2018. In 2018, the medical sector saw growing use the additive manufacturing in pre-surgical planning and in performing joint replacement, surgical implants and prosthetics. Besides, metal 3D printing is ascending.