With an absolute penetration rate of over 61%, Internet technology seems to be omnipresent in China. It deeply affects the citizens' lifestyle and reshapes the local business landscape. 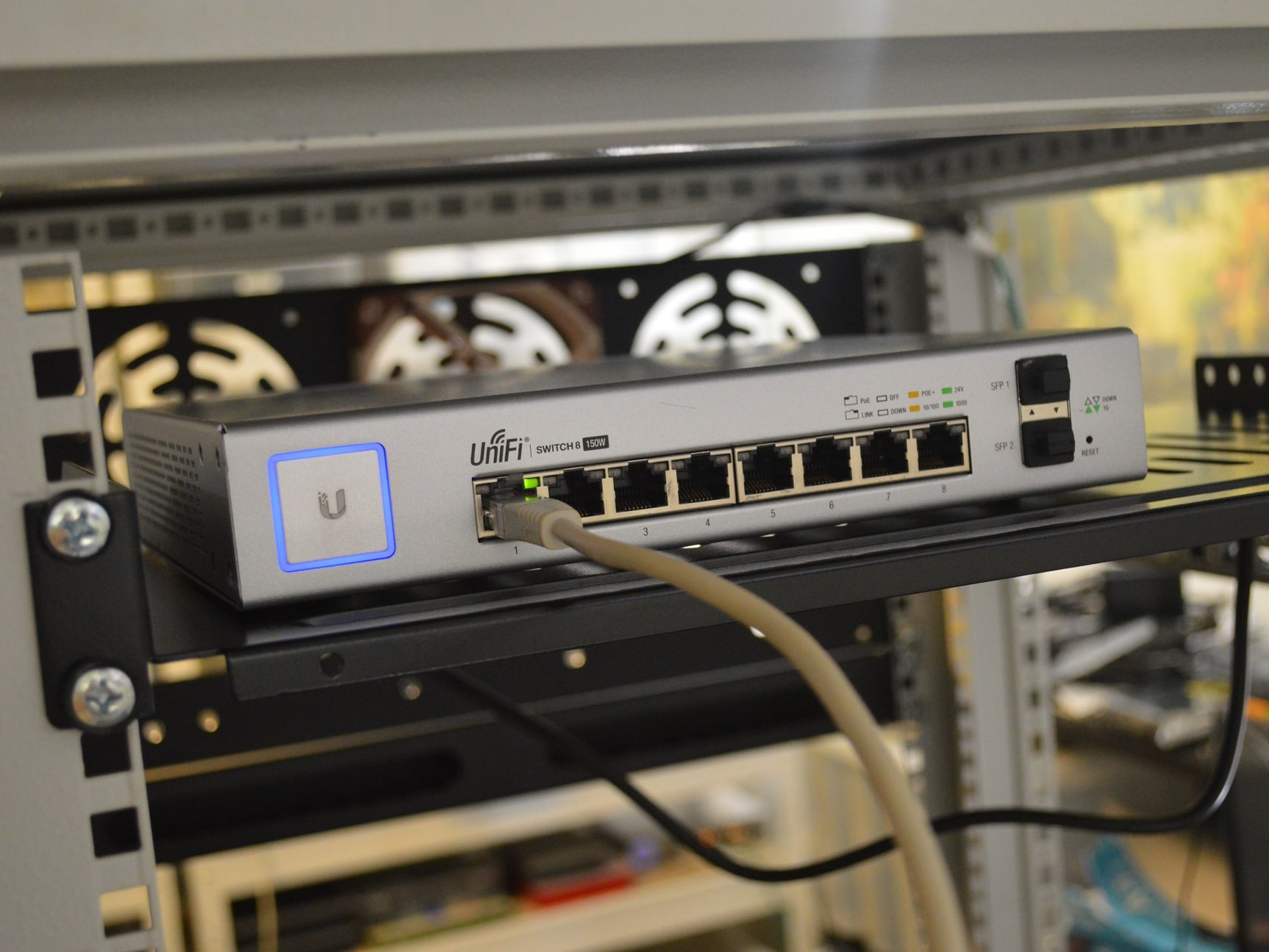 China Internet Network Information Center (CNNIC) published the 44th statistical report on China’s Internet development. Up to June 30, 2019, 854 million population in China were Internet users, and 99.1% of them, 847 million, accessed to the Internet via the mobile network. 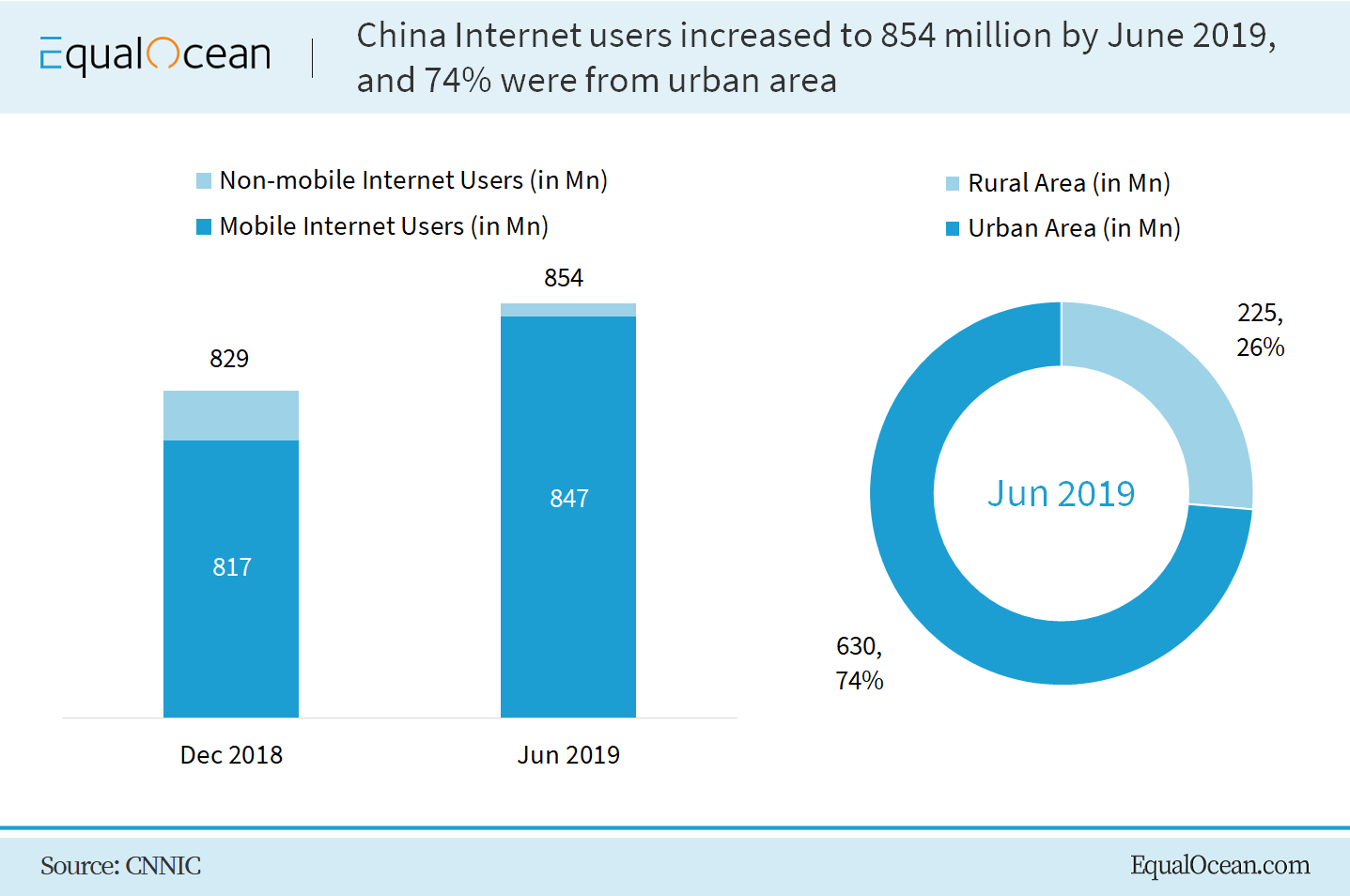 The Internet users centralized in the group of age 10-39, counted for 65.1% of the total as of June 2019, and twenty-something contributed a quarter of the total Internet users in China. As the population aged, the user group of age 40-49 increased from 2018’s 15.6% to 17.3% by the end of June. The left-tailed distribution will gradually shift to a normal bell shape if the trend follows. 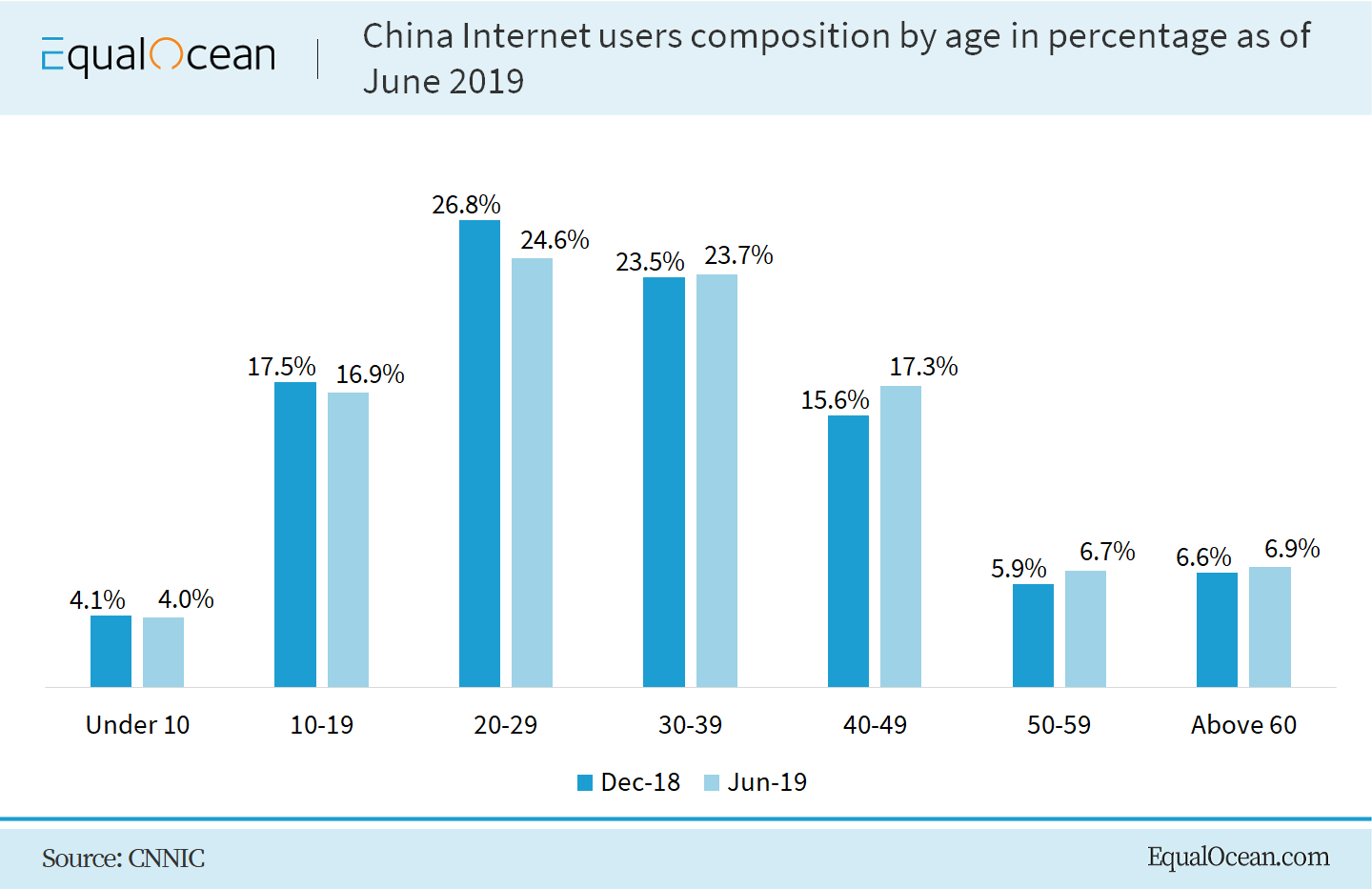 The increasing Internet user population contributed to the Internet-boosted industries including local service and e-commerce in the first half of 2019. Online food ordering and delivery users reached 421 million – every 1 out of 3 Chinese used online food ordering and delivery service; online shoppers were about 639 million – every 1 out of 2 Chinese shopped online; matching to the population size of online shoppers, online payment users were more than 633 billion, accounted for 74.1% of the total Internet users.

The Internet economy greatly changed people’s lifestyle and boosted/gave rise to certain industries such as online streaming and ride-hailing service. Online streaming service users were more than 759 million, 88.1% of the Internet user population. It is interesting that ss the short video streaming service user population maintained at 648 million from December 2018 to June 2019, the percentage dropped slightly from last year’s 78.2% to 75.8% of the total Internet users due to the increase of nominator – the total Internet users.

The Internet usage on different categories of applications demonstrated a slightly different pattern. The short video streaming service ranked the third among the most-used categories, while at the end of 2018, it was only in the fourth place. Another difference is that the online shopping category dropped out of the top 10 most-used category list and online manga ascended to the 10th place. 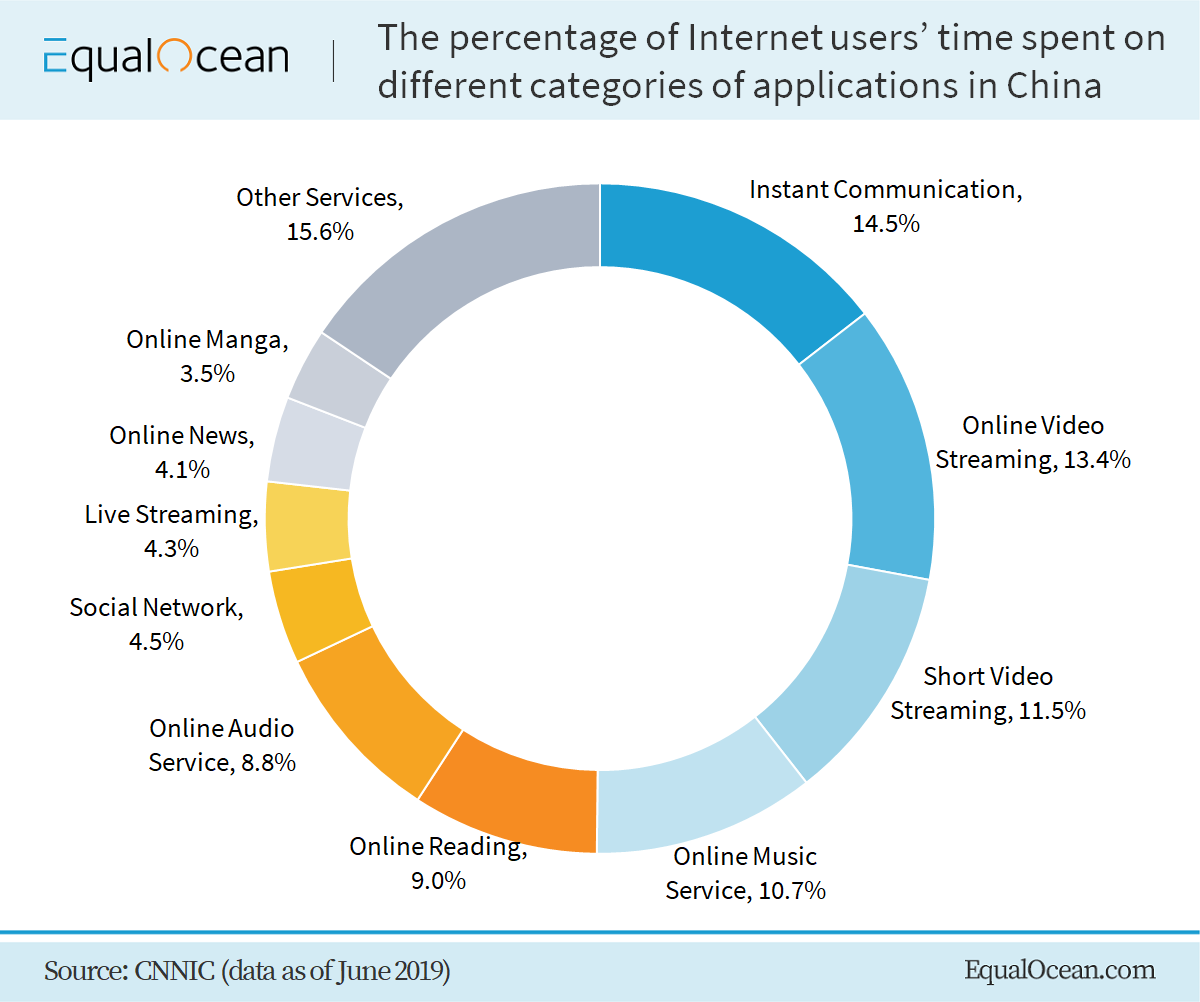