The notion ‘Brain-Machine-Interface’ to be used in the form of high-tech headbands in classrooms in China has come under fire recently. 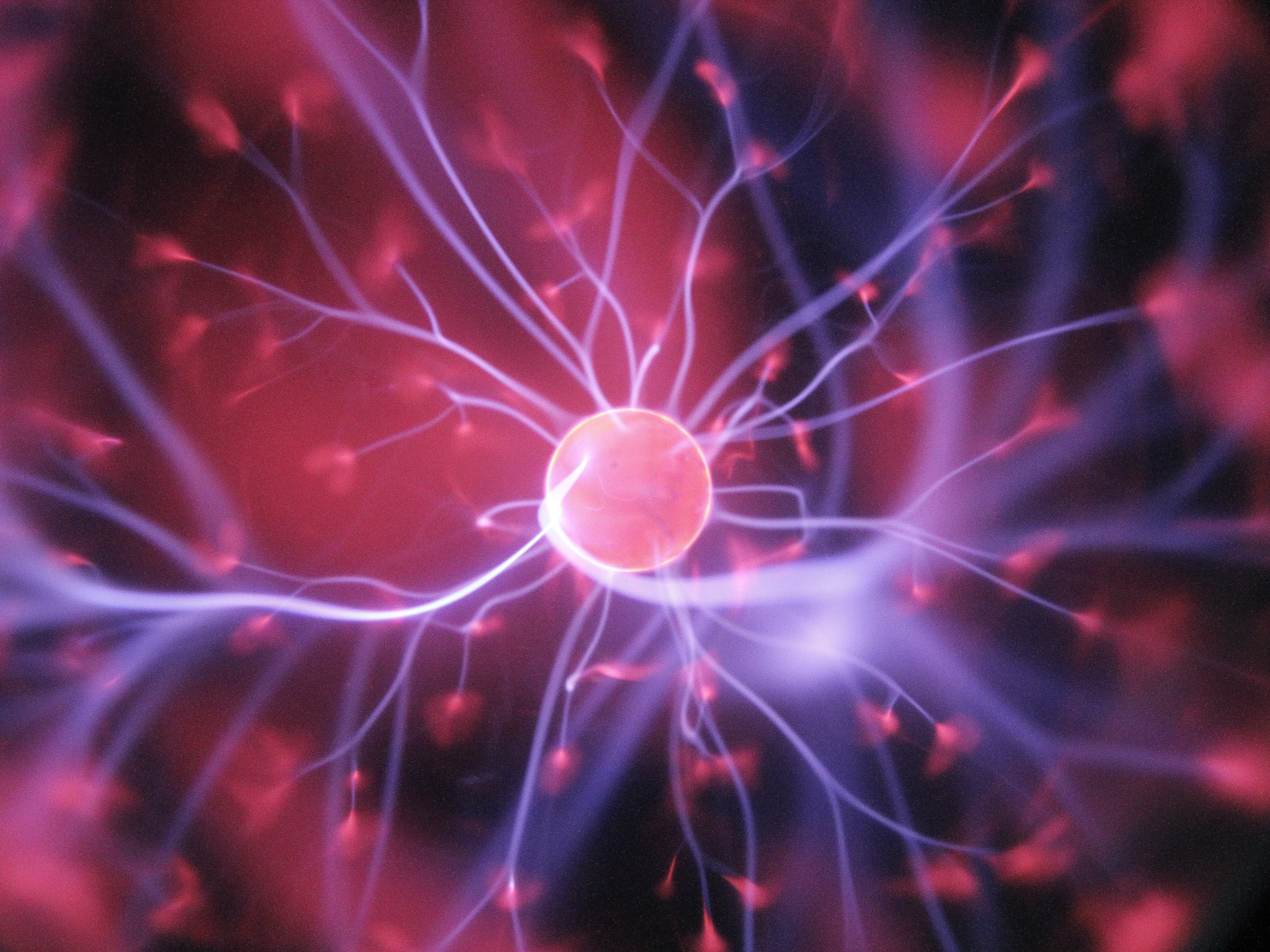 Making students wear smartwatches with limited functions or using facial recognition cameras to track their attendance are proposals that make sense – but will wearing a headband around your head to monitor brainwaves actually improve your focus in the classroom?

In the context of expanding the capabilities of humans - as we approach an era that will be all about AI the concept of the Brain-Machine Interface has taken shape, and the topic is getting hotter by the day.

BMI is a direct communication pathway between the brain and external devices. Through a device that allows for bidirectional information flow between the human brain and a machine, the BMI is often used as an assisted living device for individuals with motor or sensory impairments. You can read more about it in an article published by EqualOcean recently.

Neurotechnological development and application of such techniques might be far from being applied in the field of education. However, neuroscience itself is currently enjoying fast growth within educational research and practice, with new research centers in educational neuroscience appearing, with support from various bodies, and research results and applications increasingly being shared by communities around the world. Learning, Media and Technology ran an issue in 2015 on the topic of EdTech and neuroscience.

Edneuro researchers are studying the topic and have made use of mobile, wearable EEG headbands to study students ‘brain-to-brain synchrony’ within the classroom context.

When talking about Brain-Machine-Interface and neurotechnology’s application in the field of education in China, there is one company that often pops up: BrainCo. The flagship product of the company is its headbands, which according to the company use Electroencephalography (EEG) to catch signals from the brain which are then translated by the AI into focus levels in real-time. It is worth keeping in mind that EEG is not something new, the technology has been in use for quite a long time in the field of healthcare.

The officials of the company believe that their headbands made by the company can tell how focused students are during the class. These devices even show the results with a light on the front: blue means relaxed, yellow means focused and red means very focused.

The company started its trial sessions in Zhejiang province by providing schools with their headbands. It didn’t take long for people to criticize the equipment. An overwhelming wave of criticism came about on social media. Since then some of the schools halted the use of these devices. People’s Daily, the Communist Party’s official mouthpiece, questioned the use of the bands in a Weibo post.

"When a lively child is determined by a machine to be distracted, does he have a right to criticize? Better have more interesting classes to attract children than use technology to closely monitor their attention," the post read.

The point made was that every child is different and it is the teacher’s responsibility to teach each child accordingly. Trusting a small light on a headband is not what a teacher should do.

Social media got flooded with the posts criticizing the method and the technology.
“Some children are more curious and have shorter attention spans. Is that a problem? Shouldn’t it be more important to guide children to find their interests?”

Neuroscientists and psychologists have cast doubt on the effectiveness of the technology.

Sandra Loo, professor of psychiatry at the University of California believes that natural variation in neurological activity in humans can lead to misleading assumptions about how an individual is functioning, and what he or she needs.

According to another professor from the same university, the technology doesn’t make much sense because students wearing the headset might be incredibly focused but focused on the wrong thing, and you could get the same EEG measures.

Let’s assume even if the technology works but what about the concerns dealing with legal questions around data protection and privacy.

BrainCo. says that the purpose of collecting the data is explained by the company as to design focus-training games to help students focus to their full potential during class.

Like the plans of Elon Musk and Facebook, the ed-neurotech concept of a deviceless, frictionless and seamless neurotechnological future for education is likely to be highly controversial and contested. Part of this resistance will be on primarily technical and scientific grounds neurotechnology for brain imaging is one thing, and seamless neuroenhancement of the so-called flawed brain quite another. But another part of the resistance will be animated by concerns over the aspirations of either governments or commercial companies to engage in mental interference and cognitive modification of young people.

Other than education, according to the statistics of the World Health Organization, brain-related diseases, including various neurological and psychiatric diseases, accounting for 28% of social burdens, exceeding even cardiovascular diseases and cancer. The diagnosis and intervention processes for severe brain diseases is a very important research area in the field of brain science and technology and will continue to be so in the future. Apart from the healthcare side, people are also curious about the working principle of our brain and even want to use BMI as a human enhancement tool. So far, even though the main BMI solutions are one-directional – with the most common uses for people with brain injuries – it is still expected to provide more applications.

EqualOcean presents World Innovators Meet (WIM) Salon on the topic of Brain-Machine-Interface this Sunday (11.10.2019). Scan the QR code below for further information. 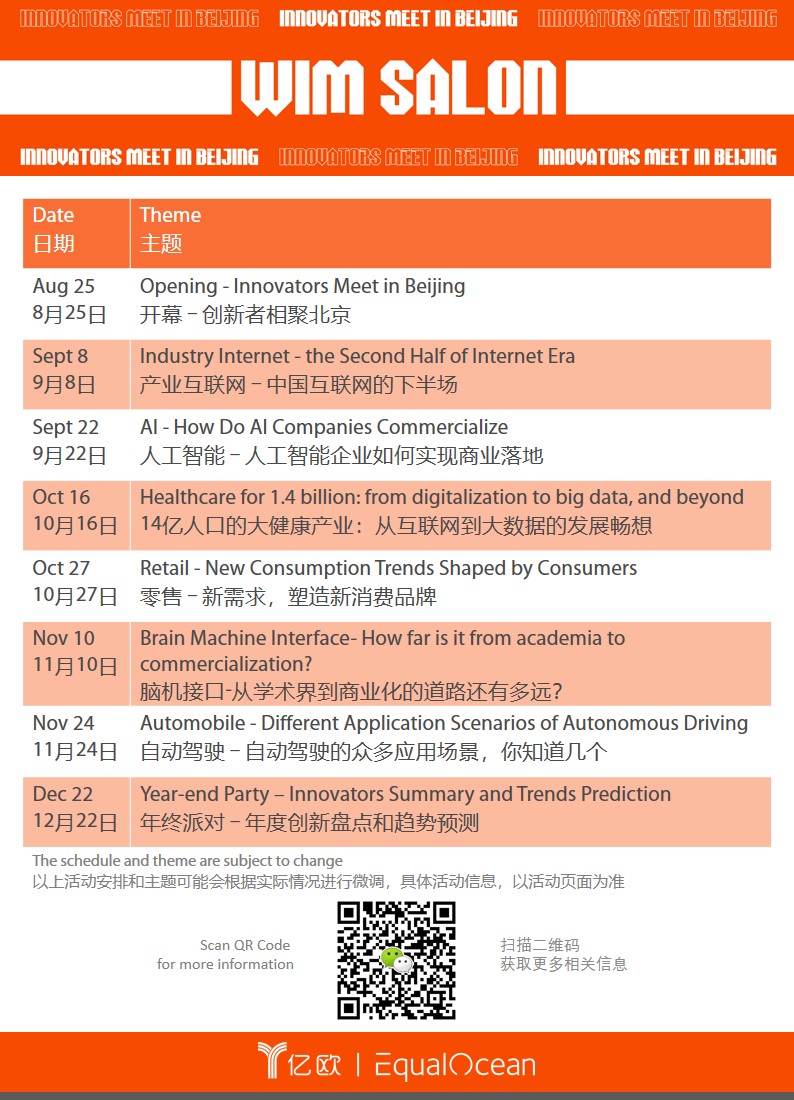