This is the first non-Shanghai chipmaker on the new sci-tech board. 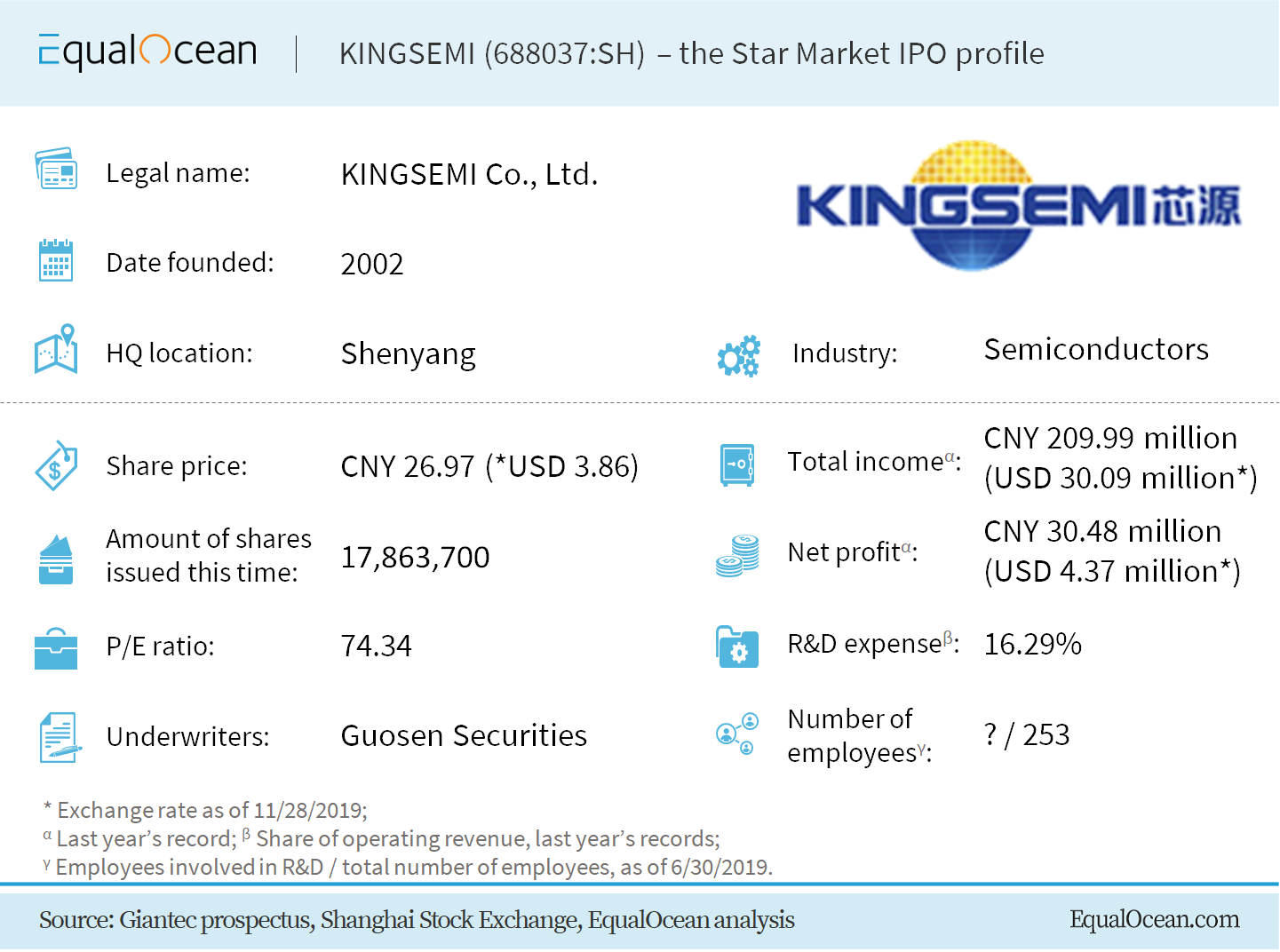 KINGSEMI (芯源微, 688037:SH) kicked off public trading of its newly listed stock on the Shanghai Stock Exchange Sci-Tech Innovation Board, known as the Star Market, on December 16.

A small-sized semiconductor company, KINGSEMI represents Liaoning province – one of three massive regions of the 'Chinese Rust Belt,' the country’s northeast. It mainly produces lithography equipment and wafer cleaning tools. In the first field, the firm is competing against Shanghai Micro Electronics (上海微电子), which is considered one of the candidates for the new sci-tech venue listing. As for the second, ACM Research (盛美半导体) and NAURA (北方华创, 002371:SZ) are among the company’s key rivals in China's mainland.

On the international scene, these two layers of the complex semiconductor value chain are more onerous, with Japanese enterprises calling the shots. Optical colossuses Canon (7751:JP) and Nikon (7731:JP) are both quite active in the lithography equipment market, while California-based SCREEN SPE USA and another Japanese firm Tokyo Electron are significant in the wafer cleaning segment.

Headquartered in Shenyang, KINGSEMI has been operating since 2002. However, it started to scale not long ago: the number of employees rose from 202 in 2016 to 253 last year. Over the same period, the chipmaker's revenue grew by 42%, hitting CNY 209.99 million (USD 30.09 million) in 2018. Importantly, one of our typical metrics – R&D-expenditure-to-operating-income ratio – also gives a positive impression on the company: it increased from 2017’s 10.41% to 16.29% in the last year. But how about risk factors?

There are quite a few of those. For one thing, TSMC (TSM:NYSE) – currently the world's largest semiconductor company – is among the key downstream clients of the microelectronic equipment manufacturer. In 2016, it purchased CNY 84.54 million (USD 12.10 million) of customized devices from the northeast China-based firm but ordered less than CNY 24 million (USD 3.43 million) in the two following years.

This and other issues led to pretty negative expectations regarding this year's business results: according to the company's prospectus (in Chinese), the output will slide by 2.4%-5.7%, while the net profit might decrease by 1.6%-13% this year.

EqualOcean projects that the global microelectronic devices market will plummet this year, reaching USD 429 billion. According to our estimation, it is likely to rebound in 2020, scoring USD 455 million.