The controversial tech giant is aiming to expand into the automotive market by providing the Chinese carmaker with its HiSilicon Kirin 710A. 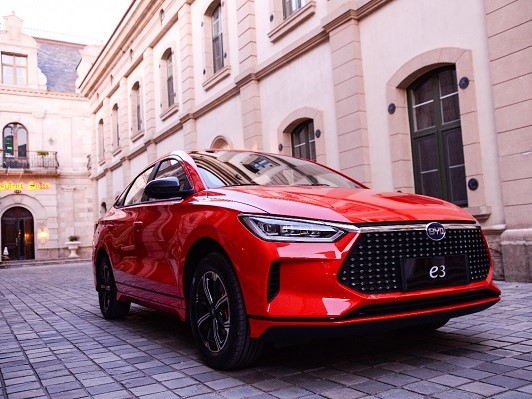 Huawei’s semiconductor arm HiSilicon has signed a cooperation agreement with BYD, local tech portal 36Kr reported (in Chinese) on June 15. The chipmaker is exploring new applications: the Kirin 710A will become its first System-on-a-Chip (SoC) to power digital cockpits.

Xu Zhijun, the rotating chairman of Huawei, has also announced plans to build a smart cockpit platform, based on a combination of Kirin chips and the firm’s newly-developed operating system, Harmony.

There is something else relevant about the Shenzhen corporation's attempts in the automotive field: as the company's founder Ren Zhengfei pointed out (in Chinese) in a document released last year, “Huawei does not manufacture cars, but focuses on the ICT industry to become an incremental ICT component supplier for automobiles, helping car makers.”

Apart from direct cooperation with HiSilicon, BYD has cooperated with Huawei before. For instance, BYD’s new model Han has adopted Huawei's 5G module MH5000. The two have also cooperated on products such as mobile phone NFC car keys and HiCar mobile phone screen projection solutions. Besides, BYD is one of the 18 car companies in Huawei’s ‘5G Automotive Ecosystem.’

For Huawei, with the opportunities around vehicle-to-everything (V2X) and smart cockpits, the contract with BYD will increase its share in the semiconductor market. Also, since the United States government launched stricter bans on Chinese technology companies, many Chinese car companies have been exploring domestically produced chips as possible alternatives.

The agreement hasn't been officially confirmed by the two companies.