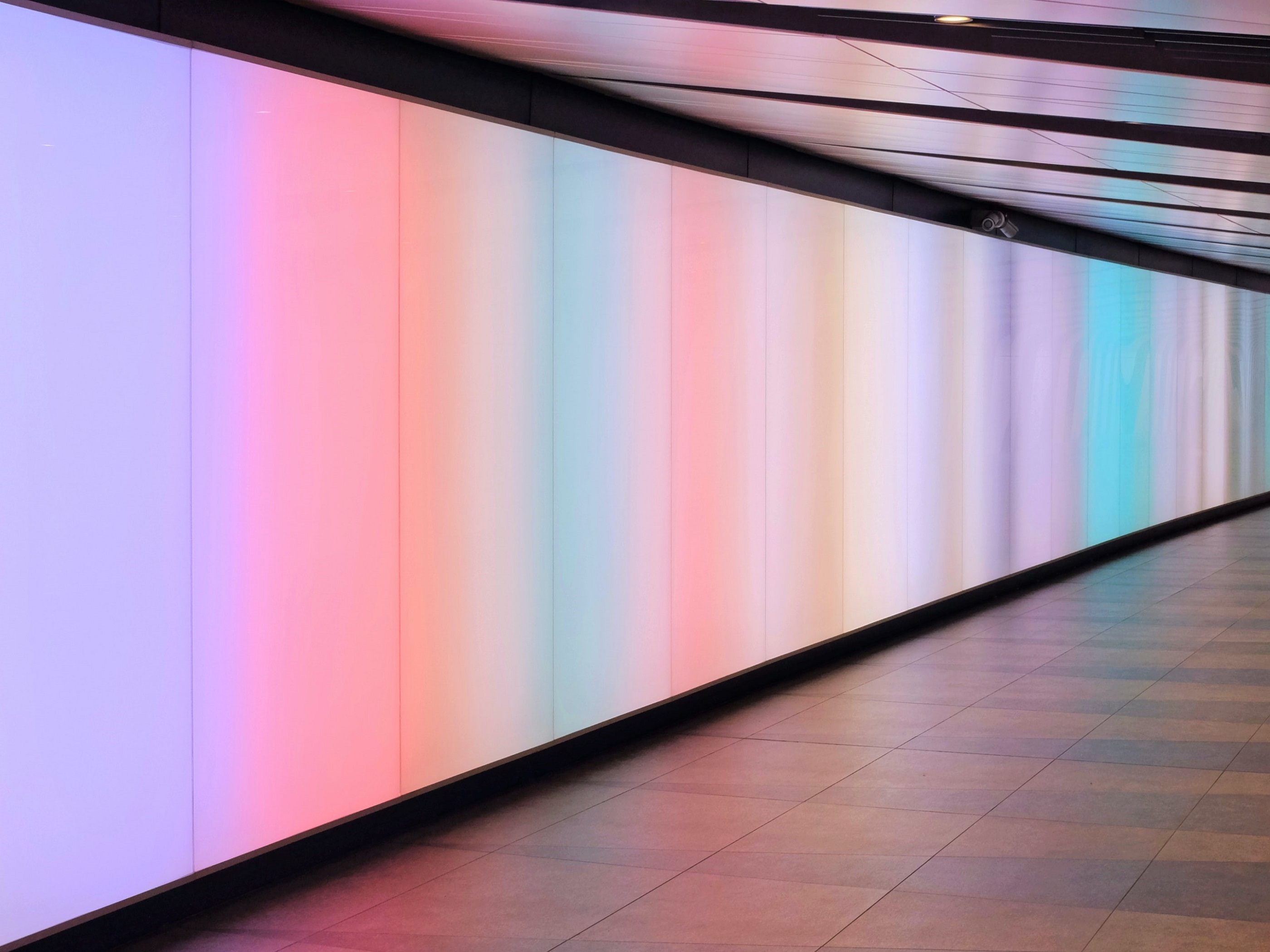 China’s display manufacturer BOE (00725:SZ) released the first six-month earnings figures for 2020. The company saw a revenue YOY growth of 10.59% to CNY 60.87 billion but the net profit was only CNY 1.14 billion for the period. 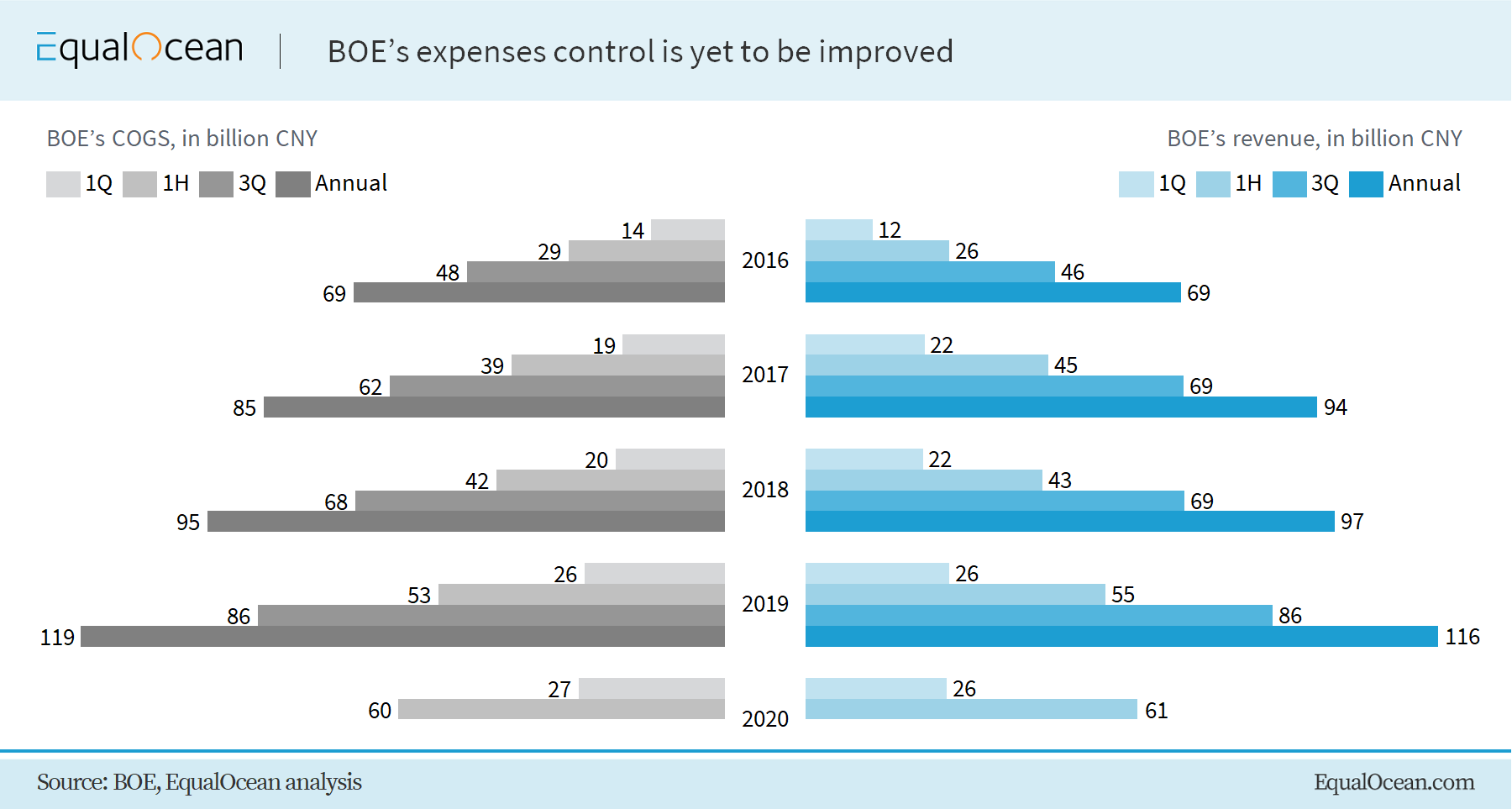 Dominating over 83% of domestic panel market share, BOE still has a long way to go to optimize its operation. As a supplier for consumer electronics brands like Apple, Huawei and Xiaomi, BOE’s annual earnings have been doubled with five years. The company conducts independent research and inputs heavily on the new-gen panel development. In the first half of 2020, BOE spent CNY 3.24 billion on R&D, accounting for 5.3% of its same-period revenue.

BOE is the biggest LCD producer in the world after Samsung and LGD revealed plans to cede from the LCD market. As the two Korean display titans focus on OLED and flexible panel products, BOE is also expanding to three 6th-gen flexible LED production centers in Chengdu, Chongqing and Mianyang in China. 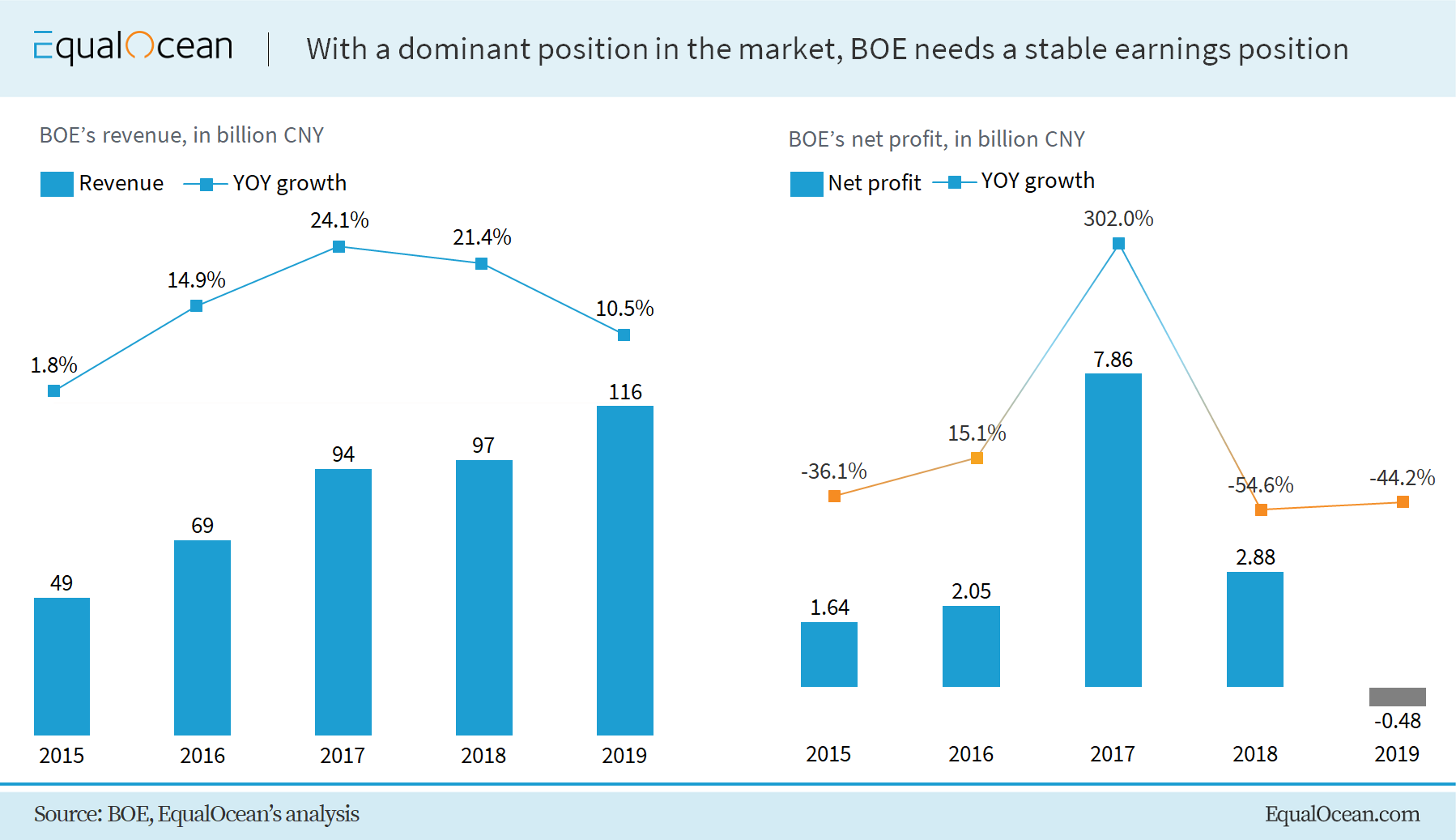 The Chinese panel giant faced the same problem that Samsung and LGD had experienced: an LCD panel surplus and intensified market competition that led to low and even no profit. BOE’s profit margin declined from 2015’s 3.3% to 1.65% in 2019. With top players quitting, BOE furthered to monopoly the LCD market – but companies that master the panel technology and realize mass production may restrain the giant’s profit potential even with its dominant position.