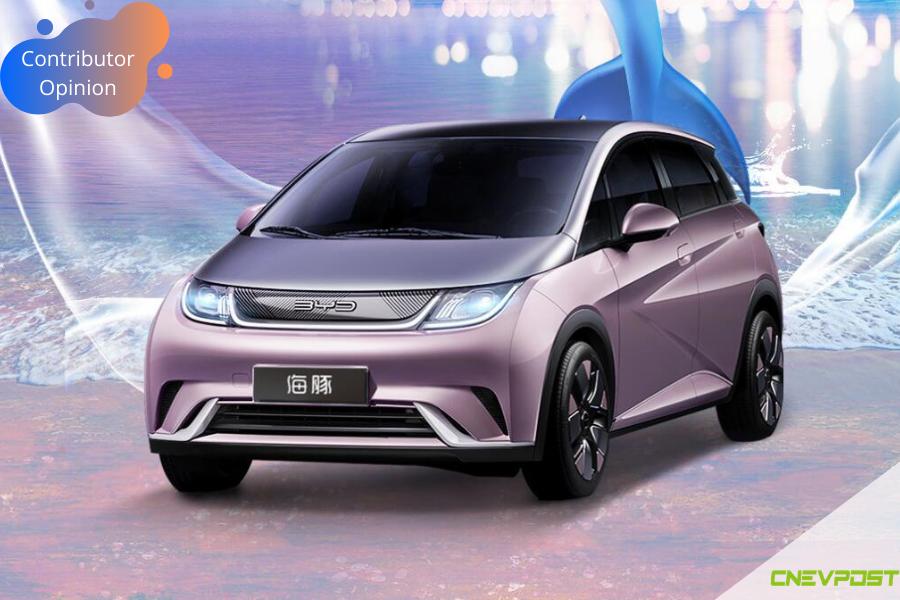 The new car, previously unveiled at the 2020 Shanghai Auto Show, is based on BYD's e-Platform 3.0.

The new car adopts the new design concept of 'Ocean Aesthetics' – the overall body shape is very rounded, while a 'smokey' black front panel with a 'U-shaped' chrome trim completes the front, cleverly connecting the two sides of the LED headlights together.

BYD Dolphin is equipped with a permanent magnet synchronous motor with a maximum power of 70 kilowatts, a maximum speed of 150km/h, and a lithium iron phosphate battery pack.

As seen in the Ministry of Industry and Information Technology (MIIT) filing, the car is available in a variety of colors, and the rearview mirror, roof, and front and rear bumper trim are freely configurable.

Based on this electrical and electronic architecture and BYD OS, electric vehicles will be able to have more powerful autonomous driving capabilities. Meanwhile, the iteration speed of new functions can be shortened from two months to two weeks, shortening the function iteration cycle by more than 70 percent.

The car has 800V flash charging technology, charging 5 minutes, driving 150km. 100km electricity consumption is 10 percent lower than the same class, and the winter range is at least 10 percent higher.