On July 1, 9:00 am (GMT-4), EqualOcean's lead financial analyst will be discussing topics featured in our latest report, 'China's Big Tech Crackdown Winners.' The live webinar is hosted by Tellimer Research and EqualOcean and open to all via Zoom. 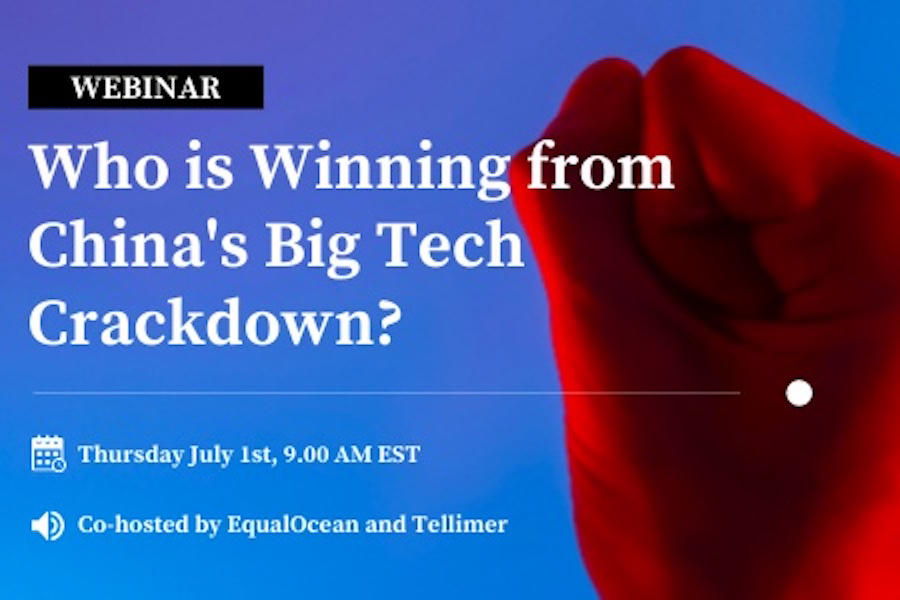 EqualOcean is co-hosting a live webinar with Tellimer Research, a London-based investment research firm, to address some of the hard questions targeted at rationalizing China's big tech crackdown. The webinar, happening on July 1, 9:00 am (GMT-4), is a sequel to EqualOcean's latest research report, 'China's Big Tech Crackdown Winners.'

The Chinese state has tightened its grip on the Internet sector, aiming to limit the power of its tech giants. The ongoing changes are creating new opportunities for a number of niche players within the country. In this new research report, EqualOcean identifies 10 companies poised to benefit from China's recent antitrust push. The report is now available for download on EqualOcean's platform.

At the live webinar, you will be hearing directly from EqualOcean's Lead Financial Analyst, Skye Lan, who will be exploring the topics featured in the report. Register for the webinar today and add the event to your calendar so that you will not miss out on this insightful sharing session.