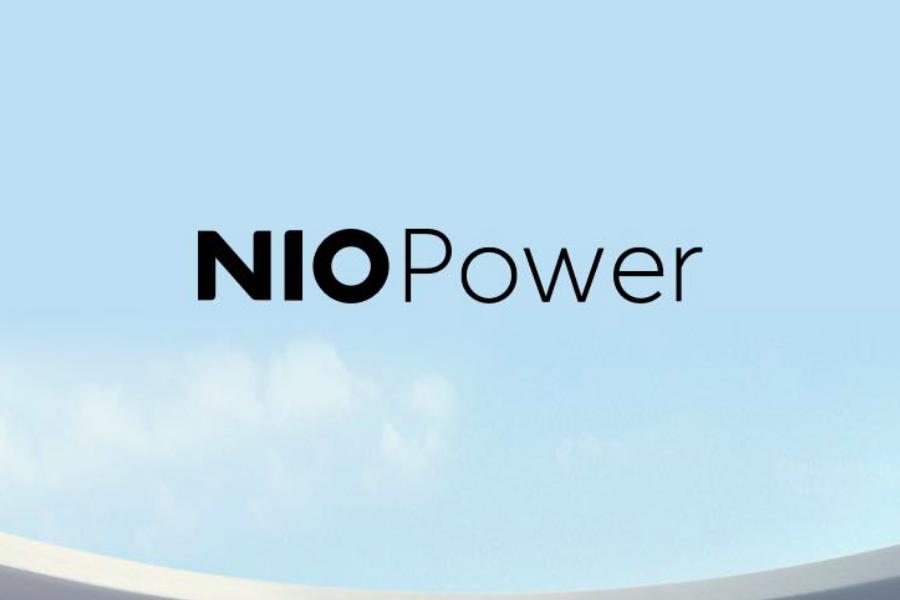 At the height of cash flow constraints in late 2019 and early 2020, NIO suspended the construction of its iconic battery swap station. Now, with that issue a thing of the past, the company, with plenty of cash in hand, has embarked on an aggressive energy replenishment system buildout.

The naming of the event is somewhat similar to its most important annual event 'NIO Day', highlighting the importance NIO attaches to it, except for the word 'Power' in the middle, which makes it clear that the event is second to NIO Day.

The press event was held on an island at Dishuihu Lake in the easternmost part of Shanghai, where there is a second-generation battery swap station and several charging piles.

At the event, Qin Lihong, co-founder and president of NIO, and Shen Fei, vice president of NIO Power, shared the results of the company's energy system construction and listed ambitious goals.

Qin announced that NIO's previous goal of completing 500 battery swap stations this year has been raised to over 700.

Although William Li, founder, chairman, and CEO of NIO, had said that the goal of 500 battery swap stations this year was conservative and that the company had a higher goal in mind, this 40 percent increase surprised many people.

NIO built battery swap stations at an unprecedented rate in the second half of June, bringing the number to 300 by June 30.

Qin said this was due to the suspension of construction activities as national celebrations were held across China, and that NIO would put more than 50 battery swap stations into operation over the next month.

He said that, as of July 9, NIO had provided 2.97 million battery swap services to customers and that the number is expected to reach 3 million in three days.

Qin also said that the construction of battery swap stations along China's highways will also be accelerated this year, with the goal of having twice as many by the end of the year as at the beginning of the year.

In addition to raising this year's target significantly, NIO has also announced aggressive targets for the coming years.

These aggressive plans are part of NIO's efforts to further improve the user replenishment experience, as it has always touted itself as a user-centric company.

NIO said only 29 percent of customers currently have a battery swap station within a 3-kilometer radius, which is unsatisfactory, and it hopes to reach 90 percent by 2025.

NIO had $7.3 billion in cash and cash equivalents at the end of the first quarter, which is the support for these aggressive goals.

It's worth noting, however, that battery swap stations are capital intensive to build. Although the cost of its latest second-generation product has been cut in half compared to the previous version, it still reportedly costs a whopping RMB 1.5 million.

In response to a question about the cost today, Qin said that NIO is now different from the past and that the improved situation allows it to invest in this type of infrastructure at a faster rate, while the burden is less than ever.

NIO believes that building a battery swap station is a worthwhile investment because it takes up less space than charging, but can deliver several times the power to users in the same amount of time.

Of course, like traditional electric vehicles, NIO's vehicles are fast-charging capable. As of July 9, NIO had 204 supercharging stations and 382 destination charging stations.

Qin said NIO is currently working on more than three new, higher-powered superchargers. He did not disclose more information, except that he hopes to launch them soon.

Qin said that if other companies are willing to design their vehicles to NIO's battery specifications, then NIO's battery swap technology and services will be open to them as well.

In fact, NIO's battery swap system has already been providing services for other brands of vehicles in order to earn additional revenue.

NIO has provided more than 100,000 energy replenishment services for more than 30 other brands of electric vehicles, according to Qin.

NIO's energy replenishment system is supported by a large number of technologies, and NIO Power has obtained and is applying for more than 1,400 patents, Shen Fei, vice president of NIO Power, said.

Shen introduced for the first time the NIO Power Cloud, which is the basis for the efficient operation of its intelligent energy service system.