The company has begun allowing customers to test drive ES8 in Norway. 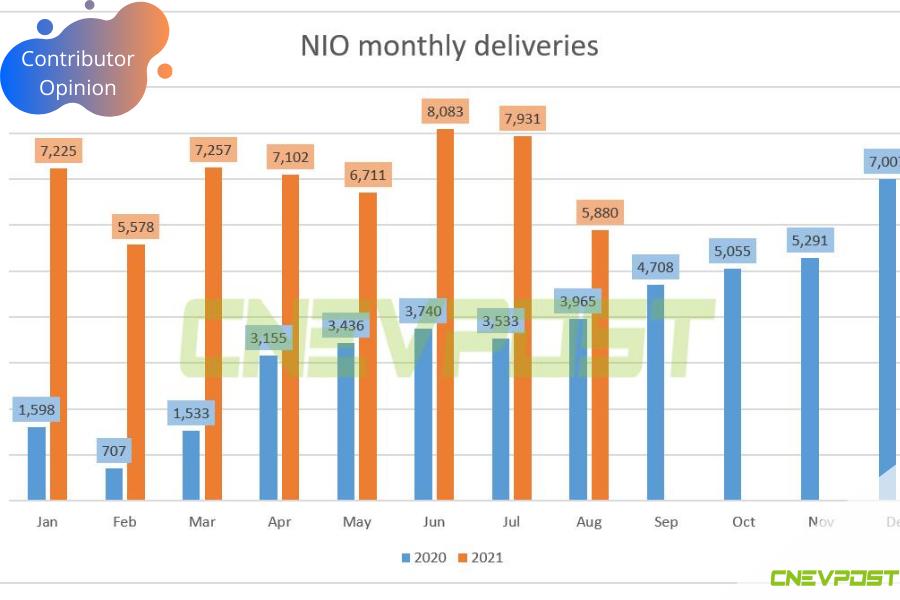 NIO delivered 5,880 vehicles in August, up 48 percent year-over-year and down about 26 percent from July.

The supplier of the A/B pillar interior trims in Nanjing, China was affected in August, the company said, adding that the supplier has now resumed production.

Orders in August grew to a new historic record, the company said.

NIO cuts its deliveries guidance for the third quarter by 500-1,500 units.

The new deliveries guidance for the third quarter is between 22,500 and 23,500 vehicles. NIO is confident about the delivery result for September, it said.

NIO said internal calculations showed the Covid-19 in August affected the company's production of about 2,000 to 3,000 units for the month.

The company hopes to try to make up for the August production lost in September by collaborating with supply chain partners and adjusting the production pace of its plants. But even so, there will still be an impact of about 1,000-2,000 units for the entire quarter.