The fast-expanding quadruped robotics startup, who designs China’s equivalent of Boston Dynamics’ iconic Spot, will cement its advantage among domestic companies and even establish a global footprint. 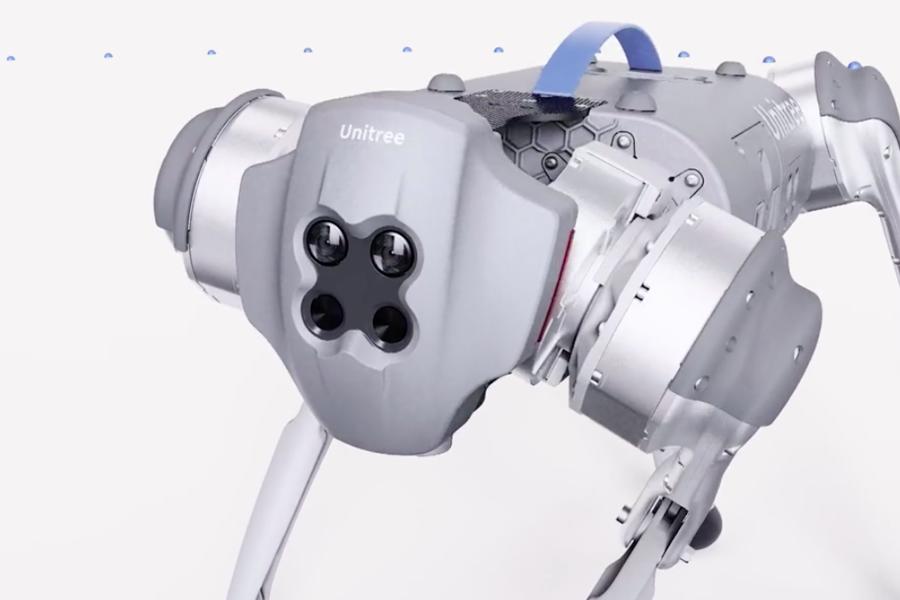 Quadruped robot company Unitree Robotics (Chinese: 宇树科技) today announced a Series B financing round worth hundreds of millions of CNY, led by Matrix Partners and Dunhong Capital, with participation by Hexagon AB (HEXA-B.ST), a global leader in sensor, software and autonomous solutions.

Meanwhile, the Hangzhou, Zhejiang Province-headquartered firm also said it will  accelerate the process of R&D on new products.

The company plans to release at least one new product per year amid increasing demand for quadruped robots, a spokesman of Winsoul Capital said on condition of anonymity.

Unitree Robotics is an energetic start-up that focuses on the development, production, and sale of high-performance quadruped robots. It is the only company in China that has achieved mass manufacturing of quadruped robots for both consumer and business applications.

The company showcased and choreographed a group of its Go1 robots to amazed viewers during the opening ceremony of 2022 Beijing Winter Olympics early this year. What’s more, it recently deployed its A1 quadruped robotic dogs to pandemic-hit Shanghai to broadcast notices alerting residents in locked-down compounds to the need for epidemic prevention and control.

The aforementioned spokesman from Winsoul Capital told EqualOcean today that Unitree Robotics’ production capacity will ideally reach tens of thousands of units in the future.

Unitree currently designs and develops its own core components except chips, which it imports from abroad. However, the robotics industry is unlikely to bear the brunt of the global chip shortage, he added.

From 2022 to 2023, with the strategic investment from Hexagon AB, Unitree and Hexagon AB will team up to launch solutions to combine sensor and motion platforms for industrial-grade quadruped robots.

These solutions will be applied to at least one industry to realize full-scenario intelligence, said the aforementioned spokesman from Winsoul Capital.