From Duoshan to Douyin Chat, Douyin has never given up its social interaction dream. 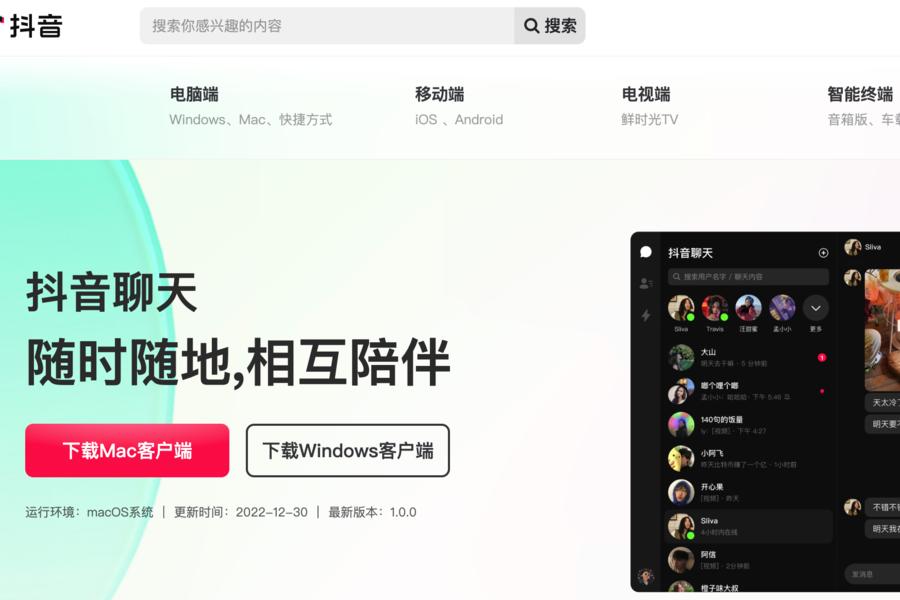 Recently, Douyin launched a desktop chat software on its official website, called "Douyin Chat" (Chinese: 抖音聊天), which supports Windows and Mac clients. According to the website, the update time of "Douyin Chat" is December 30, 2022, and the latest version is 1.0.0.

To enter Douyin chat for the first time, users need to use the Douyin app to scan the code to log in. Its interface is similar to the WeChat desktop version, with "chat" and "friend list" on the left, the friend column in the middle, and the chat box on the right. At present, the software only provides rather simplistic chat functions.

It is worth mentioning that this is Douyin's fourth attempt at a socialization strategy since its launch of the “Friends tab” which was viewed as the "video version of Moments" in 2020. Unlike in the past, Douyin chooses to enter with products rather than functionality this time.

In fact, Douyin has been on the social interaction path for nearly 4 years.

At the beginning of 2019, Duoshan (Chinese: 多闪), which focuses on short video + social networking, was officially launched, signalling Douyin’s venture into the social field.

Subsequently, in May 2019, Feiliao (Chinese: 飞聊), another social app by Douyin's parent company ByteDance, was launched. It was the year when Bytedance first tried social networking and accumulated experience for the subsequent layout.

So far, Douyin has tried almost all kinds of social methods, but it has never been able to make a splash, forcing Bytedance to change direction and start looking for a new way of social exploration. The standout trend in Bytedance’s social layout is the shift from promoting independent social apps to creating a metaverse social ecology within Douyin.

With the launch of Douyin Chat, it is clear that Bytedance has not given up on social networking. But can they succeed this time? Douyin has only failed experience in the social field so far mostly due to a lack of fully defined social positioning, and now it might be even more difficult to enter the metaverse social network.

Perhaps this social war will continue for a long time.